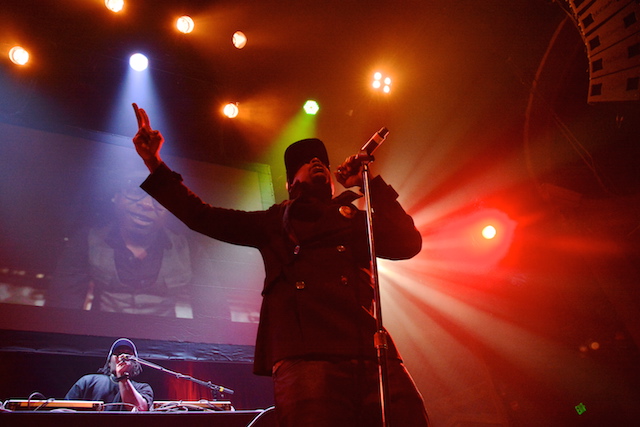 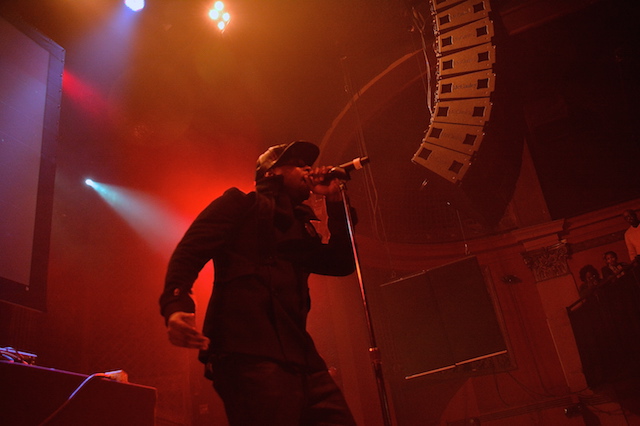 Swimming through security at the Ogden Theater on a Sunday night might seem like it would be less rowdy than other weekend nights, but the recent collaboration of Talib Kweli and 9th Wonder seemed to have changed that. While touring in support of their super-group’s album Indie 500, the duo donned the Denver stage along with openers the mighty Pharoahe Monch and Rapsody.

Having dropped last November, Indie 500 has taken Hip Hop heads by storm. It doesn’t hurt that Kweli and Wonder both have status as superstars in the rap genre, but having Monch and Rapsody fill out the bill, well, lets just say this show would have been hard to miss. Rapsody started the night our with 9th Wonder, as always, the female MC started the night off in a whirlwind of her crowd favorites. “I’m A Beast” and “Thank You Very Much,” a track that was accompanied with effects and video, could not have been a better warm up. After she finished her rhymes, she gave a quick shoutout to the Zulu Nation and was off the stage for a 10:00 PM set break. 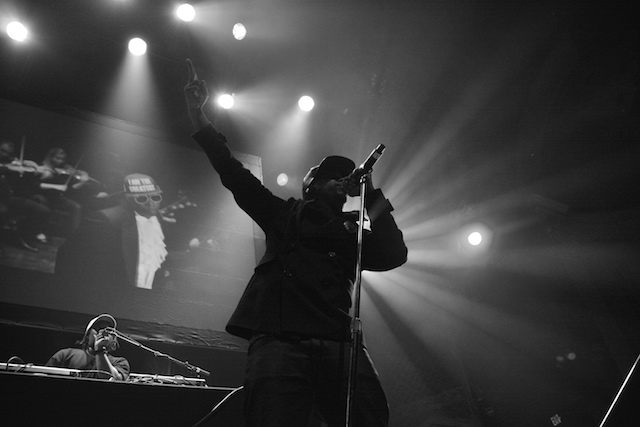 Photo by Will Sheehan was off the stage for a 10:00 PM set break.

Not long after Rapsody, the epic mind behind “Simon Says” came out ready to pump up the crowd and to send the show into full force. After a stellar and organic freestyle, “Assassins,” “Fuck You” and “Apocalypse Remix,” of course sans Immortal Technique.
After a rendition of “Agent Orange” is was clear that Pharoahe was covering tracks on all of his studio albums. “Free” and “Let’s Go” were bumped favorites, and shoutouts to Sean price and J Dilla were amongst his in-between chat. Before a hefty solo from the DJ, Monch stated, “Anyone who loves hip hop knows ain’t no MC without the DJ.”

Then, before the hip hop heads coul

d venture to the bad and back, Kweli finally took on the spotlight. Not unlike the two rappers before him, Kewli made time to speak out regarding his distress over the loss of a few great artists, including Sean Price, Pumpkin Head, J Dilla and Big L. “Put your L’s up,” was chanted loudly as members of the audience threw their index finger and thumb up and down in support of the late rapper Big L. 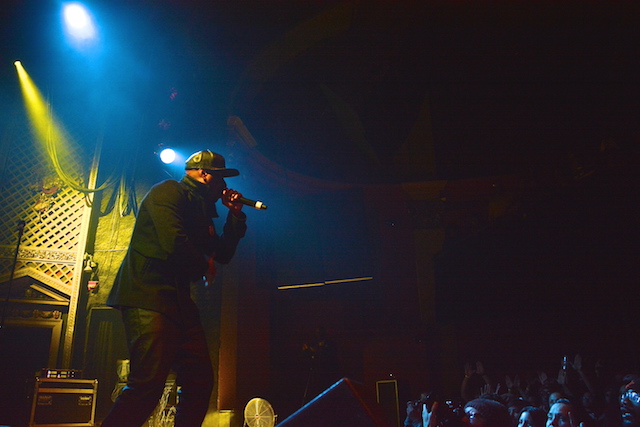 “Palookas,” “Never Been in Love” and “Lonely People” graced the setlist for the crowd favorite. In between talks of racial injustice and the importance of hip hop culture, Kweli lead an all-house sing along to Bob Marley’s “Is This Love.” It wouldn’t be a complete set without touching on the legendary Black Star hit “Definition.” Of course, Rapsody and Pharaohe Monch joined the performance again, as Rapsody was needed to correctly execute “Every Ghetto.”
The show served as a reminder to anyone listening that Kweli is not leaving the scene anytime soon. As long as there are genuine artists like him, there will always be hip hop. Which Kweli states is, “the most unifiable force on the planet.”