Humble Pie is Back on East Colfax and Boozier than Ever

What: Humble Pie’s new central location on East Colfax, with the pies you already know and a cocktail menu that soon will.

After 15 months, Humble Pie has reopened its doors at a new location on Colfax, and it is better than ever. Founder and co-owner Jessica Dolgan explained that she wanted to move from the Baker neighborhood to Colfax for a few reasons. One, which we are all very excited about, is the opportunity for a liquor license. However, as a part of a larger theme, Dolgan wanted to make Humble Pie more accessible. “It’s hard to leave Baker, but we needed more space, [I] wanted a liquor license, and I wanted a real centralized location so I could feed all the neighborhoods,” she said.

Humble Pie already feels like a local staple, and on a recent Friday night, there was a consistent line out the door after 6 p.m. In fact, the day after Sunday’s grand reopening, Humble Pie had to close because they were sold out of a majority of pies. “The community response to Humble Pie is so incredibly touching, and I feel very, very reverent as a person for the way this Denver market has absorbed us and this brand,” said Dolgan. 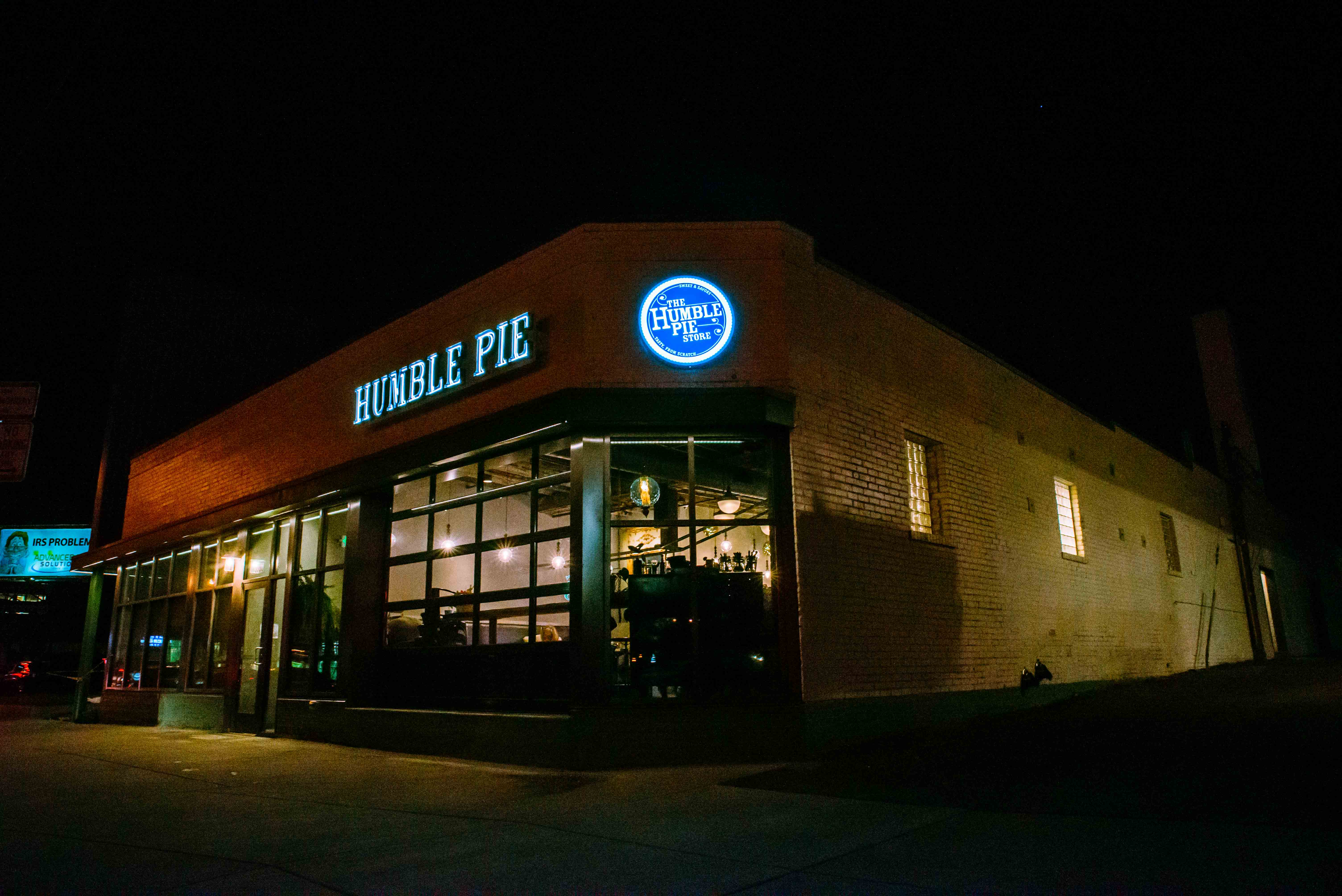 Housed in the former Galaxie Auto Body shop—a garage where Dolgan used to get her car fixed—Humble Pie is Dolgan’s homage to the city of Denver. While the new location is completely custom-made, it’s attention to detail suggests otherwise. “When we took possession of this place it was actually a dirt floor,” she said. “We wanted it to look simple, but it’s actually really not.”

Designed in conjunction with local architecture firm Scheme Works, the new Humble Pie was built to embody its previous occupant.  “All of our stools are made out of brake rotors, so we wanted to bring back in this mechanic’s feel,” she said. The stools and metal-work throughout the space make Humble Pie feel solid, steady, and anchored in the community. Still, the space does not feel cluttered: industrial material is balanced by clean lines; and, succinctly put, the style is eclectic but consistent. 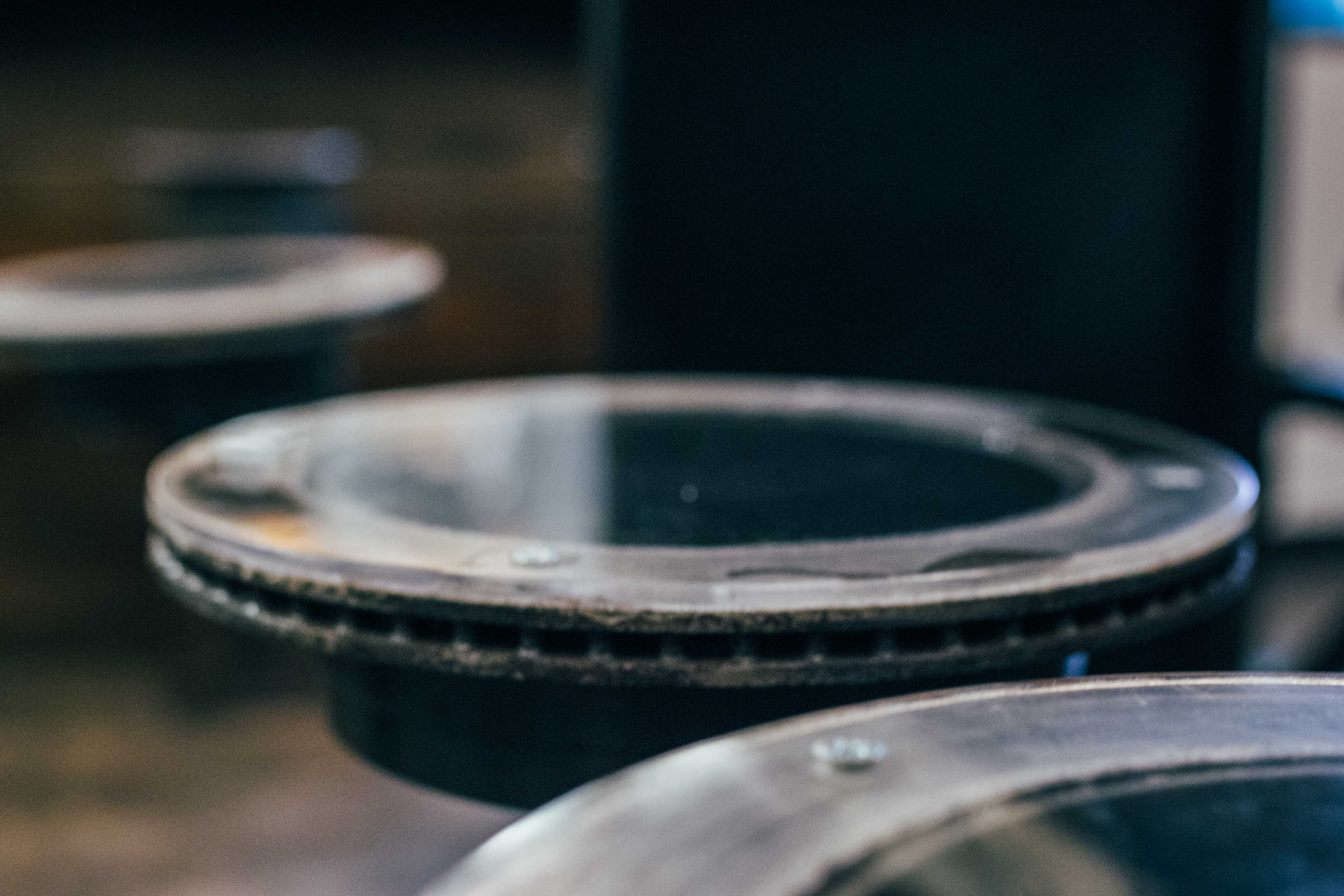 Humble Pie shares its building with Cerebral Brewing and a new restaurant opening soon. To make the most use of space, a kitchen on the property would have been too extensive to build. “We use a commissary kitchen in Arvada and everything gets trucked in everyday. And all day, too, because we keep running out of food,” said Dolgan.

According to Dolgan, 60 percent of the menu is comprised of savory pies, meaning that Humble Pie can be your stop for every meal. Quiches, pot pies, and meat rolls work perfectly for breakfast, lunch, and dinner. Bubbie’s Chicken Pot Pie ($4/$9), created from Dolgan’s grandmother’s recipe, is the perfect comfort food. You also can’t make a wrong choice with the Triple Italian Meatball ($5.25); it’s virtually impossible to turn down a meatball wrapped in pastry dough. All pies are available by the slice, as well as mini or medium sizes. 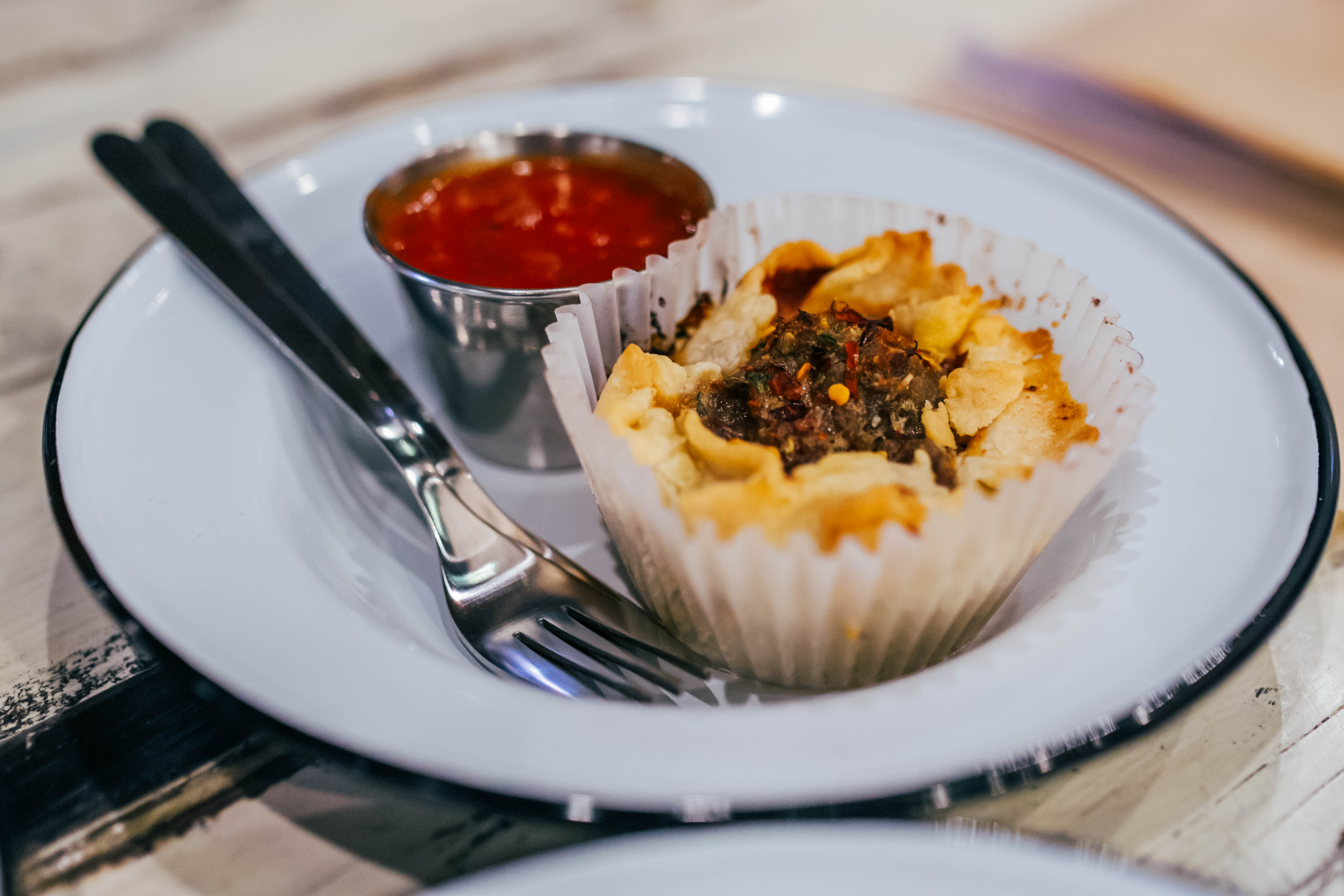 While Dolgan hopes to create a neighborhood coffee shop for East Colfax—the shop uses Sweet Bloom coffee and has worked to make the program strong enough that the coffee can stand on its own—Humble Pie’s newest addition is its bar. Self-described “apothecary-style cocktails” are made, “sourcing natural ingredients, tinctures, organic-derived scents,” said Dolgan. The bar is heavy on ginger, honey, lemongrass, turmeric, as much as tequila, mezcal, and whiskey. For example, Season of the Witch ($10)—one of two margaritas on the menu—balances the sweetness of a prickly pear puree with the smokiness of mezcal. 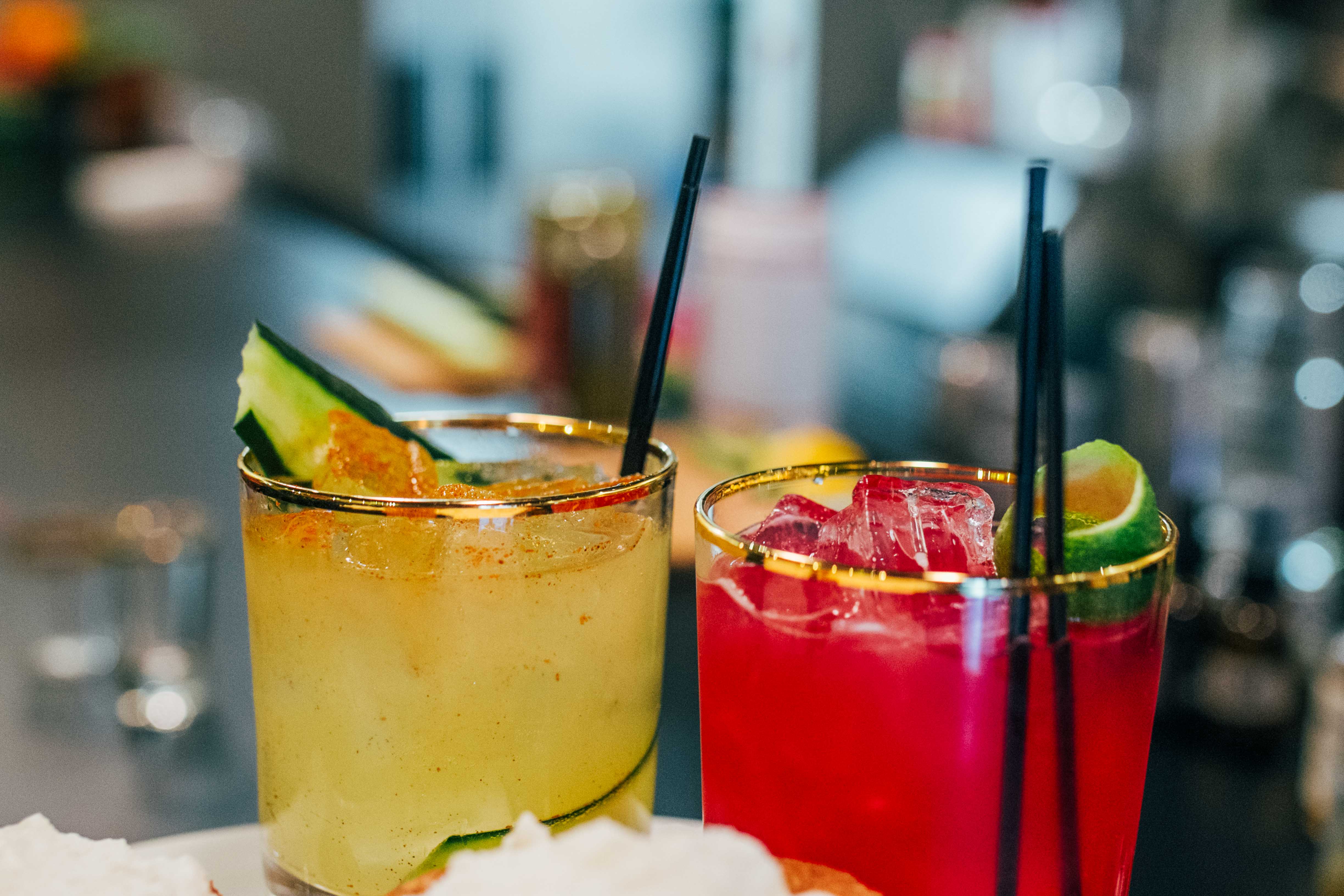 Gypsy margarita ($8) and Season of the Witch cocktail.

Dolgan explained that she wanted to make everything “palatable” throughout the coffee, food, and bar programs, so that Humble Pie could be a place for everyone. To summarize the shop’s intentions, Dolgan said, “I think the whole philosophy sounds somewhat simple: If you take two delicious things and put them together, you get a more delicious thing.” 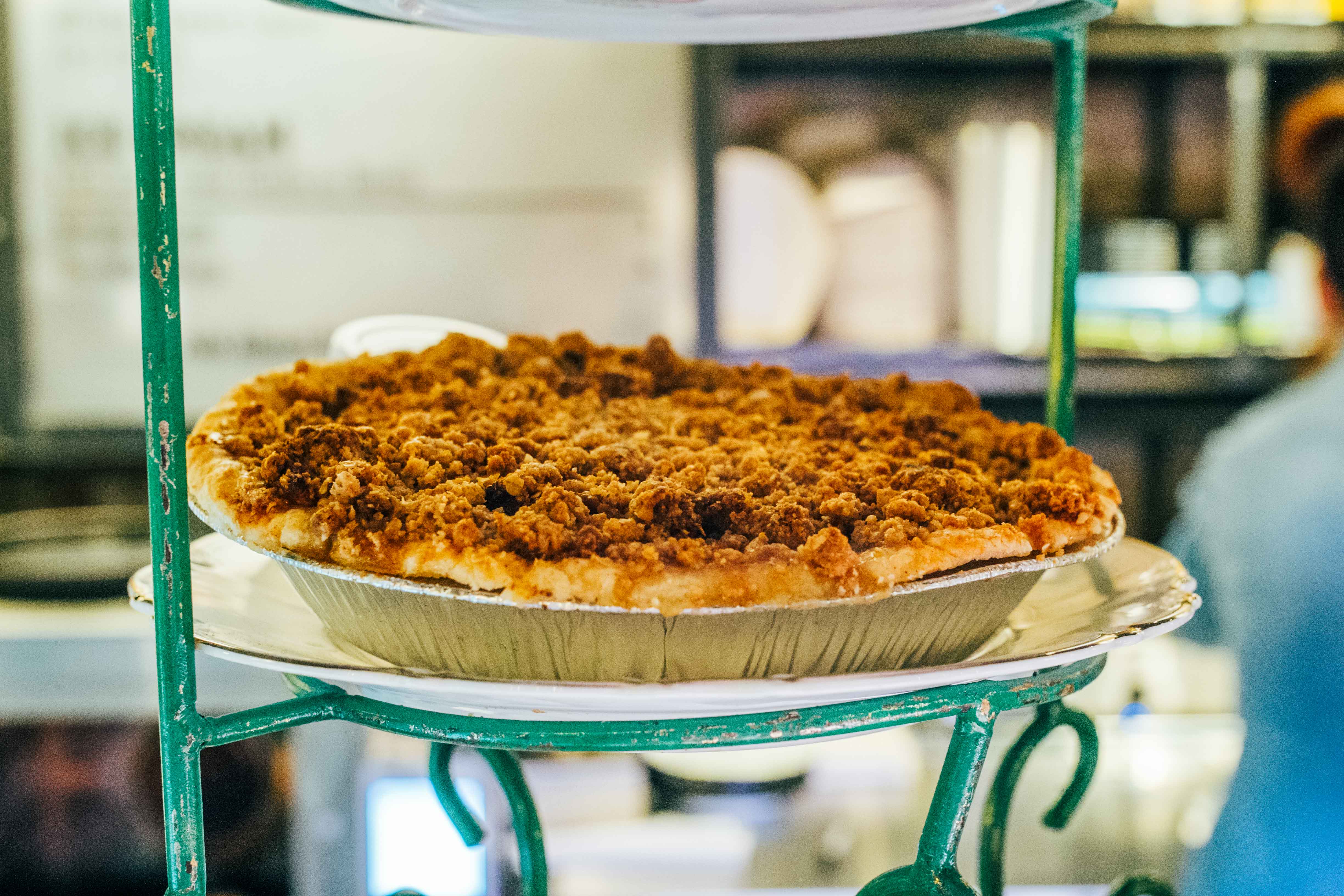 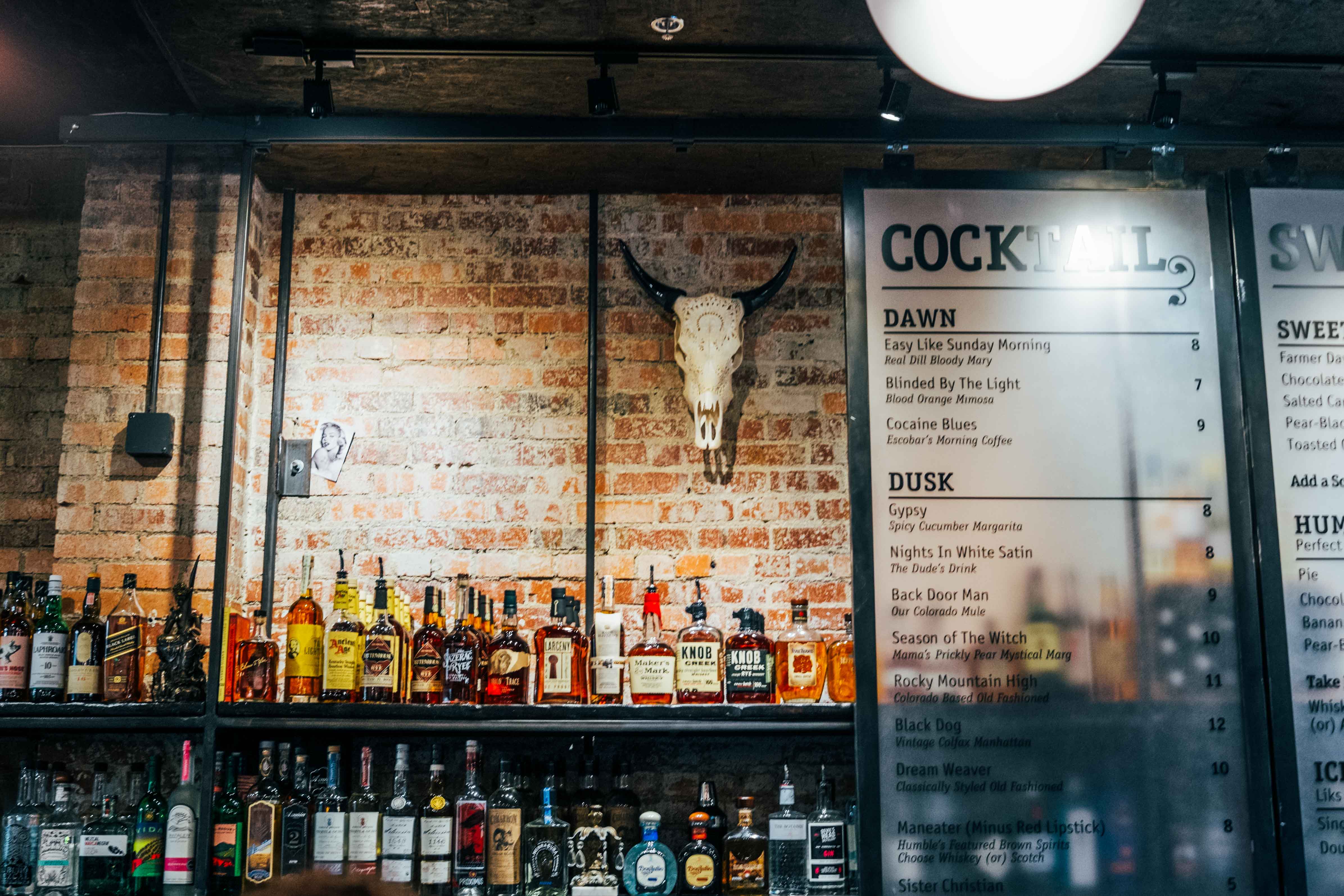 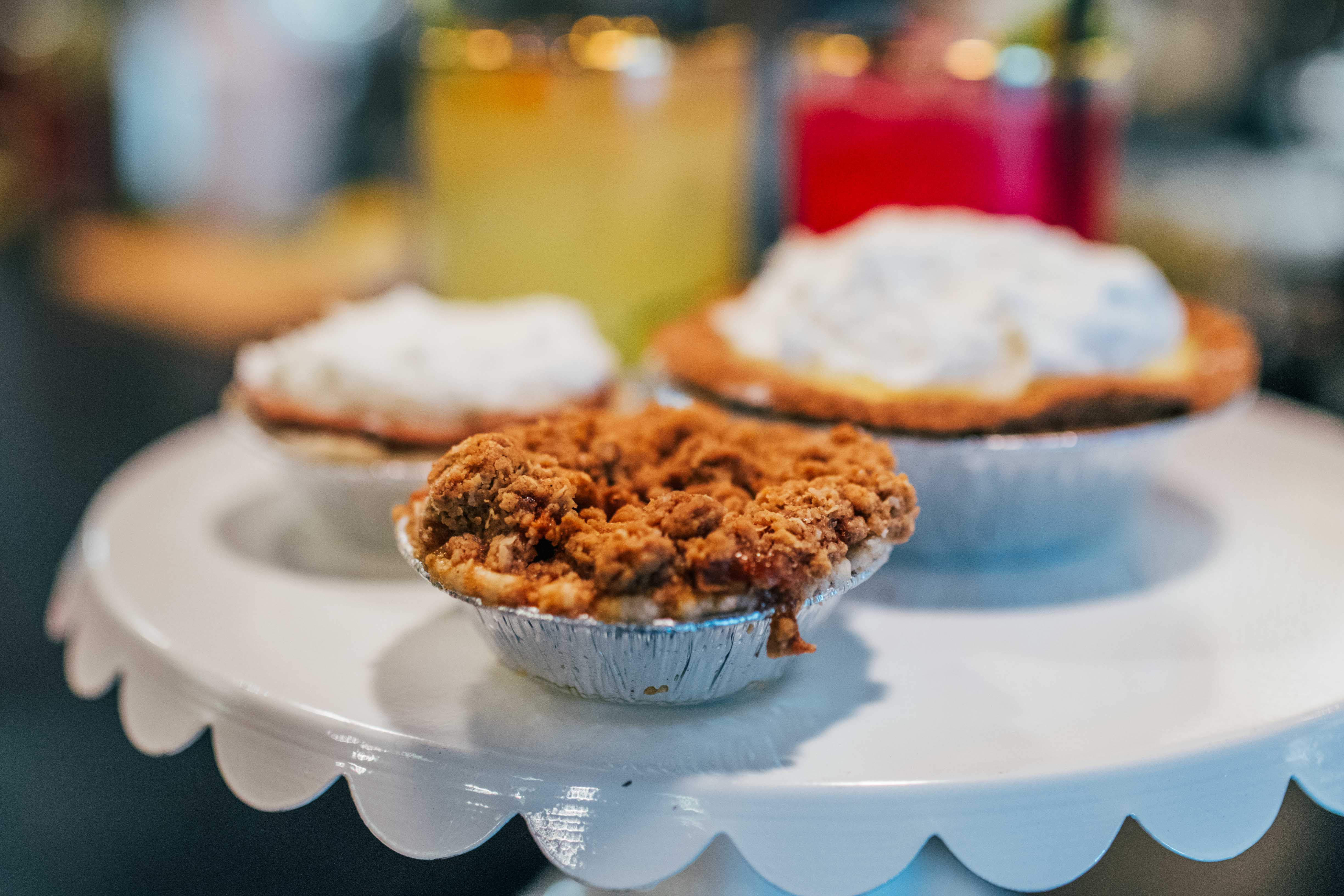 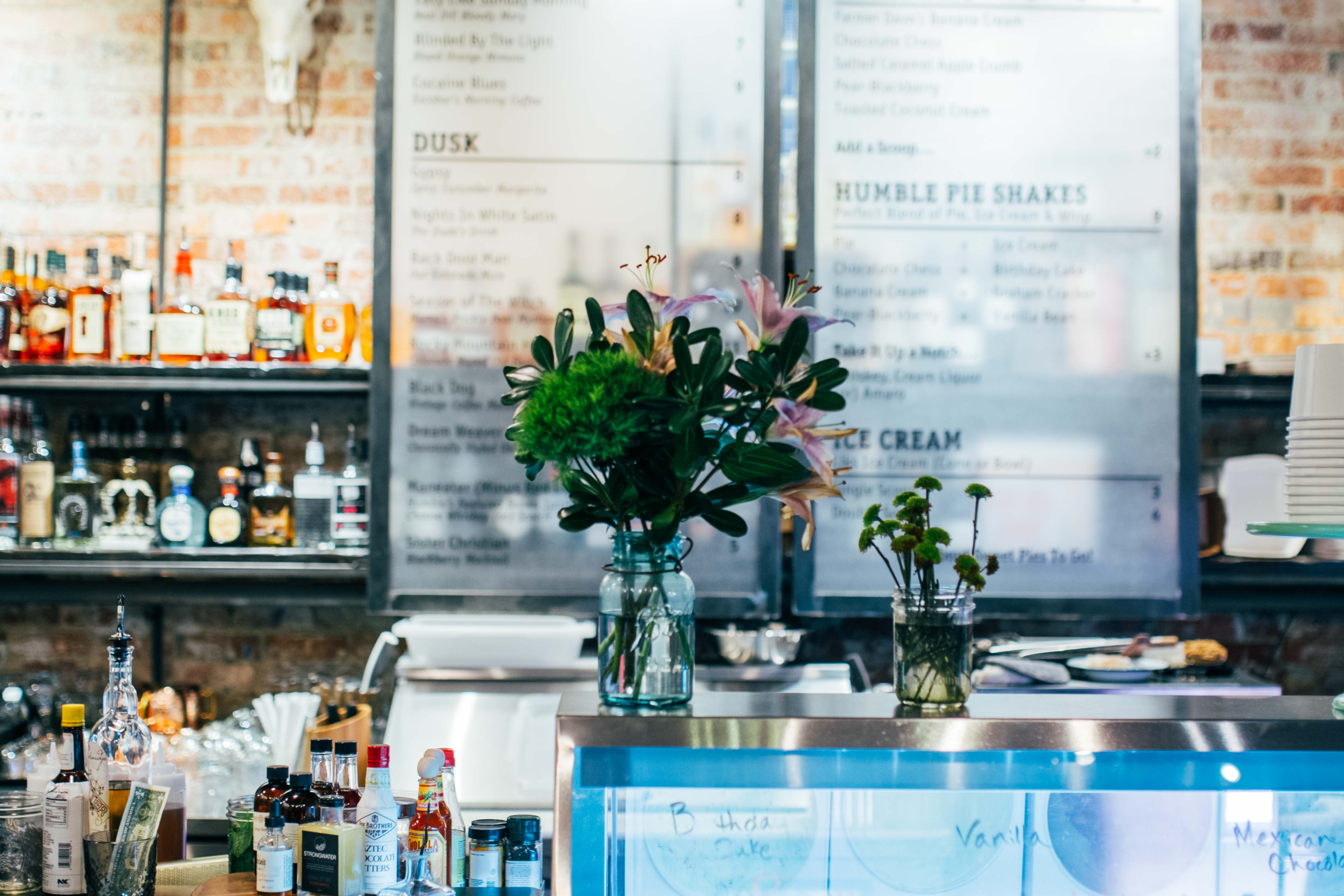