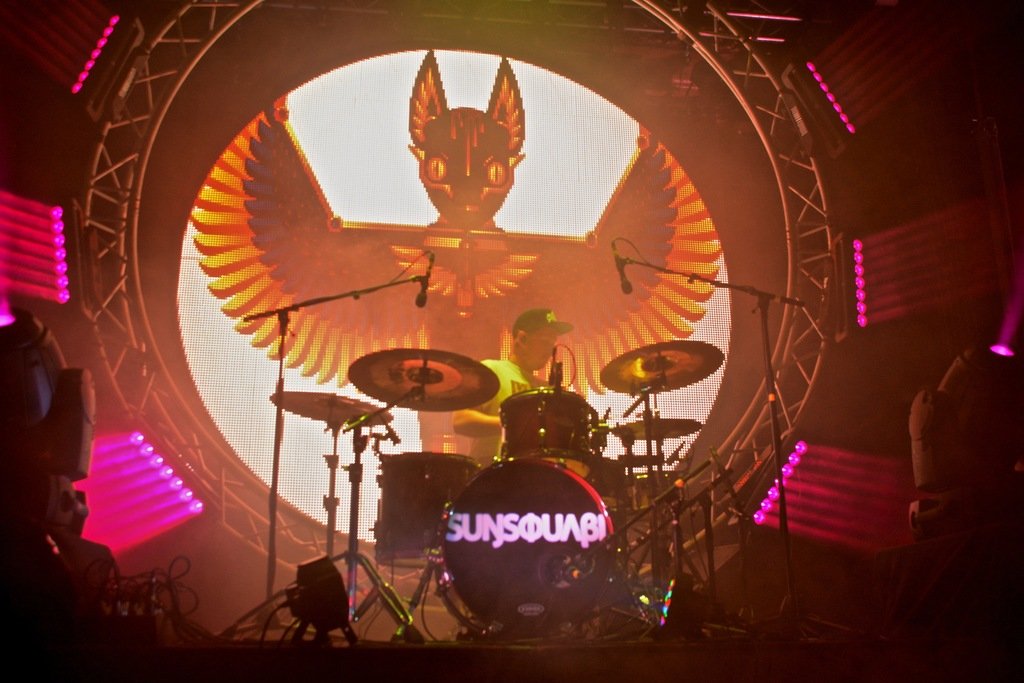 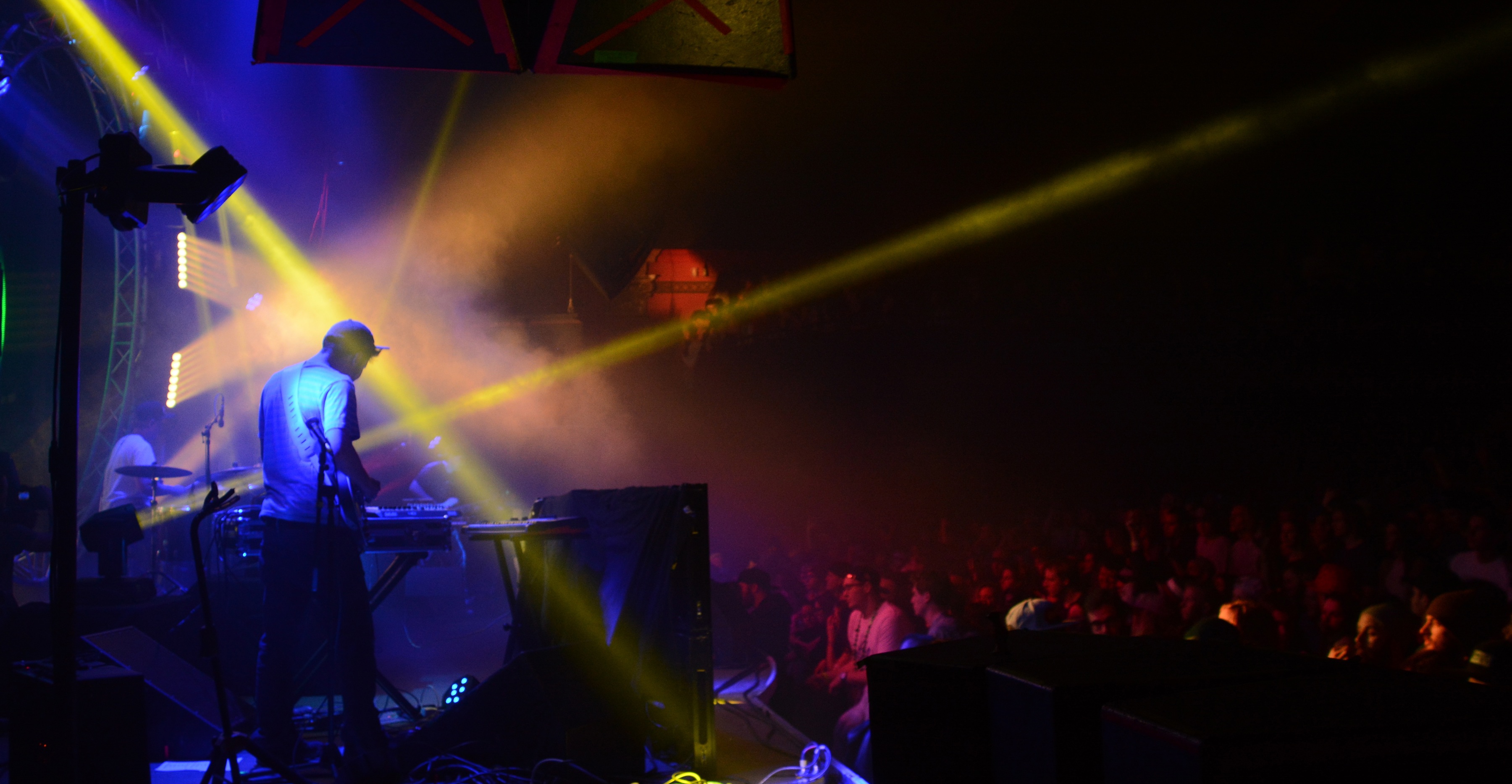 Kevin Donohue on guitar – Photo by Will Sheehan

Last Friday (Jan. 19) saw hordes of people stroll up to The Ogden Theatre and get turned down from the surprisingly sold out show, featuring up and coming the Boulder based group, SunSquabi. Dubbed the “Hometown Throwdown” SunSquabi brought out some of the top Colorado electronic acts including VibeSquad, Proper Motion, Robotic Pirate Monkey, Michal Menert and Late Night Radio. To add to this hometown atmosphere, the event sponsored Conscious Alliance, a Boulder based organization that operates through grassroots food collection at concerts and music festivals. The idea was to give away awesome merchandise from the show to the first 50 people to donate canned goods to the Coloradans in need. The night seemed to be set up for a perfect family affair, filled with good vibes, good people and some of the newest music Colorado has to offer. 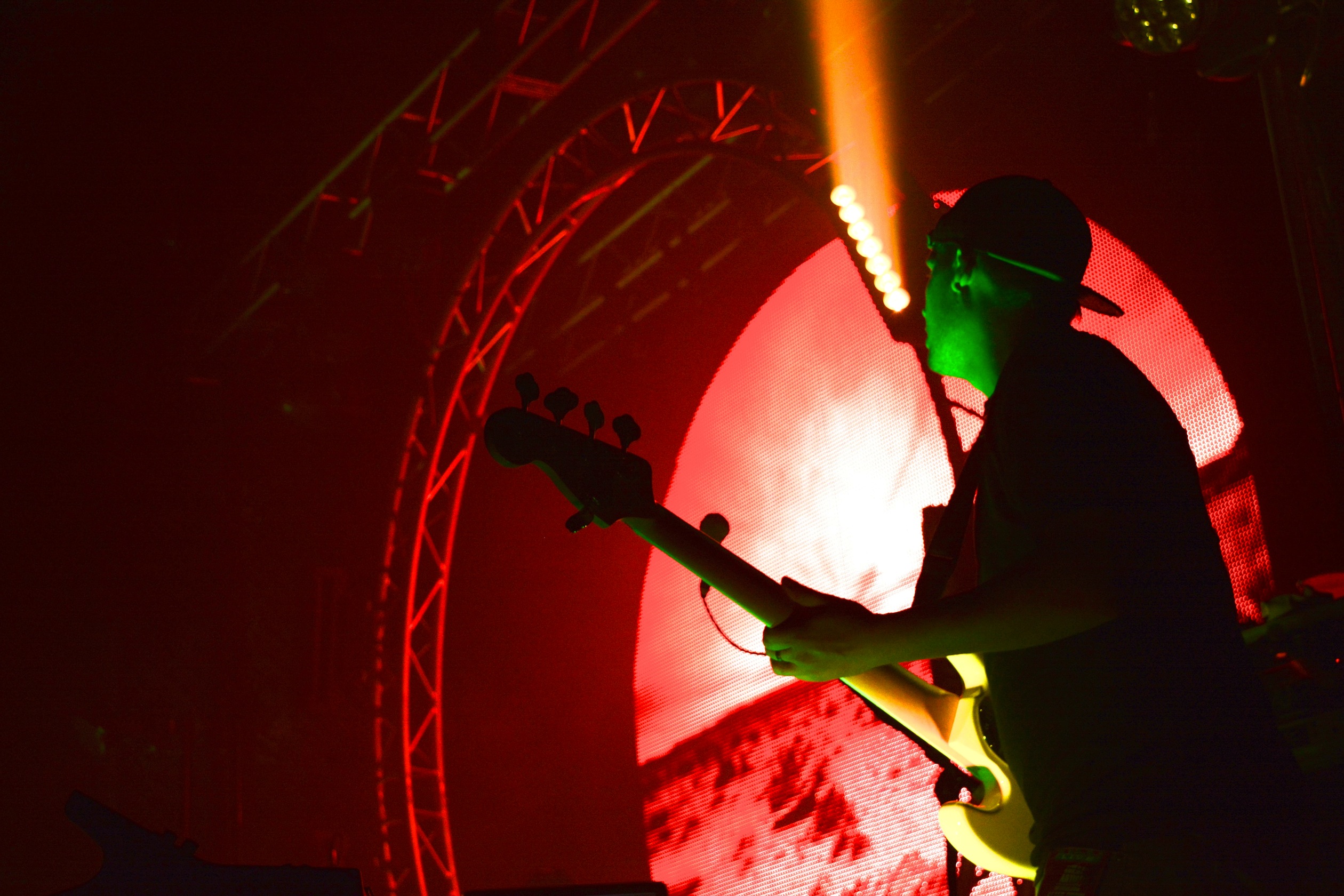 Andrew Clymer on bass guitar – Photo by Will Sheehan

The energy of the night was non-stop. With a lineup this long, The Ogden had no choice but to go from one act to another, back to back to back, giving fans the first taste of the Colorado music scene for 2016. The crowd seemed to be one giant group of friends united in their states pride, as they came together under the increasingly definable Colorado sound of live instruments and heavy electronic bass.

Finally, just a few minutes passed midnight, the headliners  came to the stage. Unlike many dance DJs today, the sound of SunSquabi’s three-piece band filled the venue immediately to every nook and cranny, bringing everyone in The Ogden to a new found level of unity. The bass was funky, the saxophone was smooth and the synth sounded like it was from another planet, but before Sunsquabi could close down Denver for the night, a final surprise was in order. For a finale, Boulder based giant Griz, exploded on stage with his iconic saxophone to play new and old collaborative efforts with SunSquabi, and finish off the show with a big family photo of every artist from the night. Shows like this not only remind us of what Colorado music has to offer, but how united the artists and fans of the state have become.

You can find SunSquabi touring around the Rockies with shows booked at Vail, Winter Park and Steamboat Springs, all next week.

Chris Anderson on drums – Photo by Will Sheehan