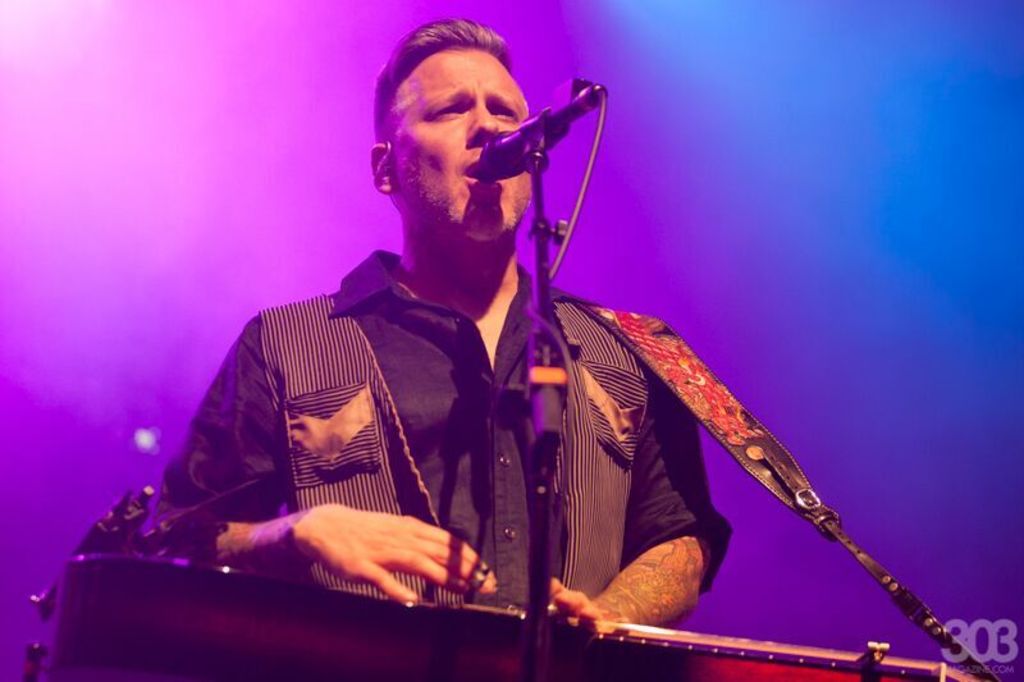 The Future of Bluegrass from The Infamous Stringdusters 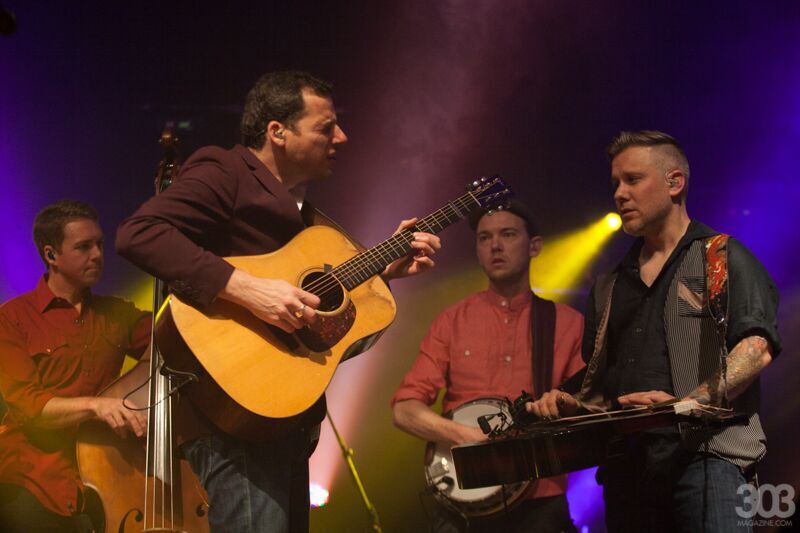 Andy Falco On The Guitar – Photo By Jacqueline Collins

They are arguably the name to know in bluegrass right now. The Infamous Stringdusters headlined a giant show last Saturday (12/12) at the Fillmore Auditorium, bringing “the future of bluegrass” to Denver. Usually folk music like this can only be found in dive bars or smaller venues, but with a passion for the live performance like this, an all-string band just proved they can pack the Fillmore. They also proved to me there is no prerequisite of being a bluegrass fan to be a fan of the Stringdusters.

Andy Hall On The Dobro – Photo By Jacqueline Collins

No matter the all acoustic sound, the band came out loud and fast, getting the crowd to stomp their feet along to a drumless beat. The first song lasted a solid ten minutes, and let everyone know it wasn’t going to be a relaxed evening. Each member took turns giving massive solos, elegantly flowing between themselves as the tempo grew faster and faster. The band soon mixed it up with covers of the Grateful Dead and Tom Petty, giving the crowd the chance to sing along. Later they brought out friends Nicki Bluhm and Sara Watkins, to give additional talent on the vocals and fiddle. Almost every musician that made it up to the stage, including the members of the band, showed immense individual talent not only on their solos, but singing as well. This gave zero distinction of any one front man for the group, and made each song unique. The night ended with all three acts coming together, adding Trout Steak Revival, and the Wood Brothers, to give an all in the family performance, a sight resembling the 5,000 people of the Fillmore sitting around a campfire.

When combining a jam sound with bluegrass, it is no surprise that Colorado will show up. The Infamous Stringdusters have booked their first headlining Red Rocks show for May 6th, alongside Fuition, and JJ Grey & MOFRO. 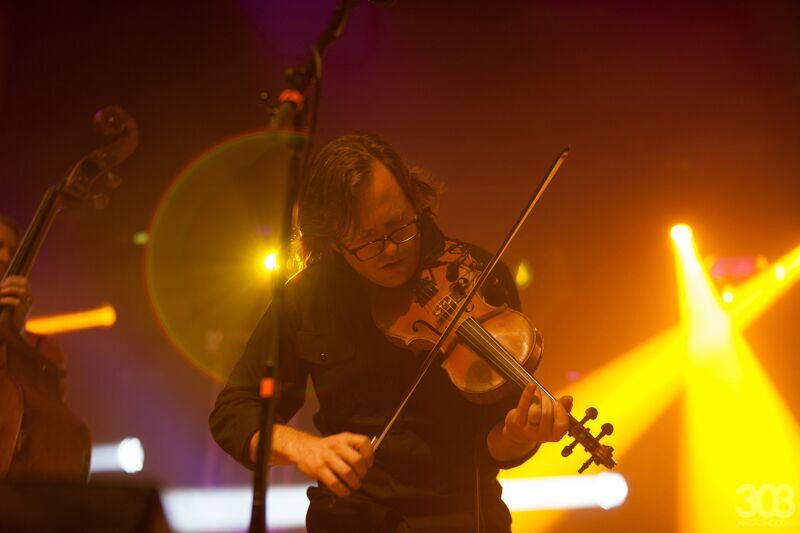 Jeremy Garrett On The Fiddle – Photo By Jacqueline Collins