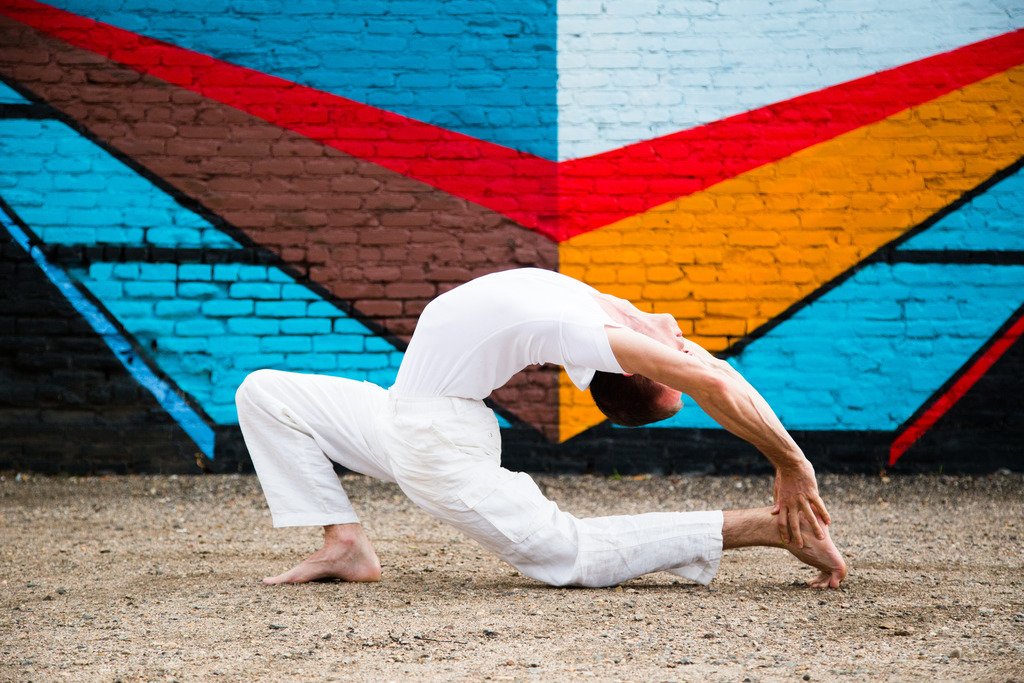 “My earliest memories of ‘Star Wars’ are actually from an audio cassette of ‘Episode IV: A New Hope,'” recalls Cuneo. “George Lucas donated the rights to NPR and they adapted the script for the radio. I played that cassette over and over every night as I fell asleep.” 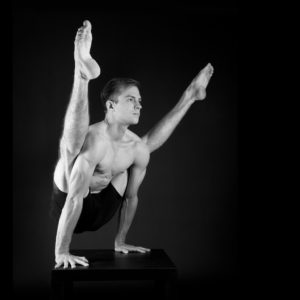 Cuneo is the chief marketing officer—not to mention a yogi trainer—at Denver’s Kindness Yoga. In August, Cuneo taught a “Star Wars”-inspired workshop called Use the Props, Luke. The second installment touches down February 20 at Playoga in Colorado Springs. “Use the Props, Luke came about as I was exploring what mastery of yoga postures meant to me. I believe mastering postures is about developing an empowered relationship with them—one where you feel free to be curious and creative and honest.”

Cuneo clarifies: “It’s not merely about developing the strength and flexibility to push closer to some idealized form or shape. For me, the journey to mastery is about starting from a state where you only see one or two possibilities, and reaching a state where you see a whole galaxy.”

That’s when George Lucas’ infamous galaxy far, far away entered the picture. “Obi-Wan occupied the role of the wise old master. Some of his choices were inexplicable to other characters,” explains Cuneo. “Han Solo was bewildered by Kenobi’s disinterest in money. Luke was dismayed when his mentor allowed Darth Vader to cut him down without a fight. Obi-Wan was sometimes inexplicable because he saw more possibilities than anyone else. That was related to his mastery.”

Unifying the two subjects involved some creative thinking on Cuneo’s part. But yogis and Jedi clearly have common ground. “Both yogis and Jedi have access to resources inside themselves that many others don’t. People see the shapes I make with my body and the ways I handle certain situations and say, ‘I could never do that.’ Yes, I’ve been blessed with some advantages. The chemicals in my brain seem well-balanced, I’ve always found supportive people and environments to live in and work around and my body is vital and strong. But lots of the so-called incredible things I do come about because I’ve found ways to dig deep and uncover a real-life Force inside of me.”

Yoda would agree that confidence is key to accomplishment. Pessimism isn’t generally going to help you achieve great feats. “Both yogis and Jedi have this certain kind of power in their environment,” Cuneo continues. “They’re not victims of their environment; they recognize that they can affect it. And they work on that power, but that power also works on them. It changes who they are, hopefully in the direction of responsibility and compassion. That’s always a risk with any power, whether it’s the Force, equanimity, owning a firearm, being someone’s boss, having lots of money, whatever. Power can be expressed through you as generosity or ruthlessness. Whether you’re a yogi or a Jedi, the way you act and think and feel greatly impacts who you become.”