Everyone’s favorite homegrown funk band is back in action. November 13 & 14 at the Ogden, The Motet will launch a new Colorado tradition: the “Hometown Hustle.”  Friday’s show will feature special guests The Main Squeeze as the openers, while on Saturday The Motet will play an abbreviated rendition of their Halloween “Mixtape 1977” during their second set. We missed The Motet dearly this year, as they took their annual Halloween cover show on the road for the first time in ten years. (Ah well, those Midwest Motet fans deserve some lovin’ too.) The doors for both Hometown Hustle shows open at 8pm, with the music kicking off at 9pm. Tickets are on sale for $30-35.

303 Magazine had a chance to catch up with Dave Watts, drummer and frontman of The Motet, to pick his brain about funk (and The Motet’s upcoming new album!).

303: Well, there certainly was an empty void in the Front Range last weekend. What made you guys choose to take your annual Halloween show on the road this year? How did it go? 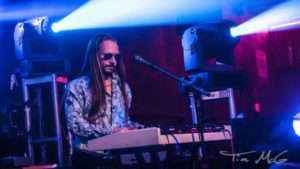 Dave Watts: I haven’t not played in Colorado on Halloween in twenty years. At this point, when we’re doing these Red Rocks shows every year, we can only play in the Front Range one other time or we’ll oversaturate it. We figured if we take it on the road, we can go out and build other markets, build up the scene elsewhere. Then we knew we’d be back two weeks later, to present our original music and the Halloween material.

303: What exactly is this new Motet tradition: the Hometown Hustle? What can we expect during these back-to-back shows at the Ogden?

Dave Watts: It’s good for our fans, because we can include our original music and the traditional Halloween music. And we’ll be nice and well rehearsed. We’re going to keep this a November thing and play around the same time each year.

303: You guys have a new album coming out in 2016. Give us a little inside info on that. Can we expect anything new and unusual?

Dave Watts: More funky grooves. We stayed after Jazz Fest in New Orleans this year in our friend’s new studio called The Parlour. It’s this amazing multi-million dollar studio right in the heart of New Orleans, the nicest studio I’ve been to.

We hired Eric Krasno from Lettuce to be our producer, which has been working out great. It’s nice to have his ears on the project and he’s helped us write some tunes. Some of his songs are on our new record. He’s a great song writer, he’s written for Tedeschi Trucks Band and some others. He’s a great addition to our community.

The new album is similar to the last records in the sense that we wrote all the songs together, as a group. All hands and ears have contributed to the project, making it sound as rich and full as possible.

303: The Motet has been selling out venues all over the country this year, including Red Rocks and the Brooklyn Bowl. How does it feel to be growing such a massive fanbase outside of Colorado? 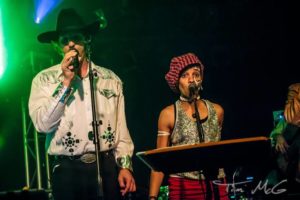 Dave Watts: Yeah, we just sold out Park West in Chicago. It’s fucking amazing. It feels like we’re doing something right. Our handwork is paying off. We’ve been making the right choices, the right booking, the right management. We’ve been putting in the time and energy to make it all work well for us, making a lot of the right moves in the last few years. And it’s showing. It’s so nice to know we can go out all over the country and have people who show up and are excited about the band and who know our songs.

303: What is on the short term horizon for The Motet? What upcoming shows are you most excited about?

Dave Watts: We’re really excited about our Atlanta New Years shows. Then The Motet will be playing a post-Phish show in New York at B.B. King’s. That should be really fun, a crazy crew of Phishheads showing up. And we’ll be able to hang in NYC for a couple days. I’m really most excited about getting this record finished up and getting the new music in people’s ears.