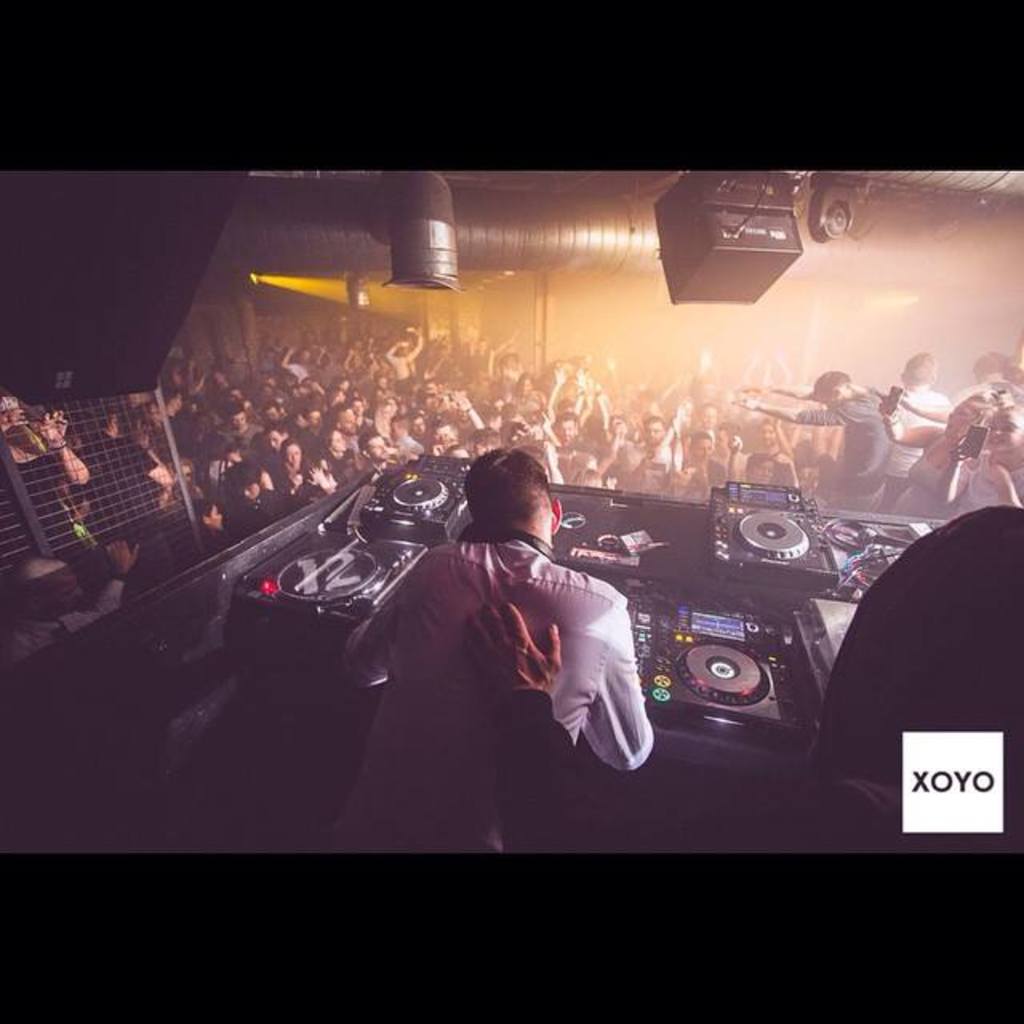 The Get Down – Macy Gray, The Motet And More

It’s time for another fun filled edition of 303’s The Get Down. Each week we compile a list of some of the best upcoming shows for that week. This week we have a great selection for you. Who are you looking forward to seeing perform this week?

Electronic Tuesday @ Cervantes Other Side

Each and every Tuesday Cervantes and Sub.mission host a night where local and upcoming electronic artists can showcase their talent and music. This week AMIT with be headlining at The Other Side with support from Despise and Dillard. Electronic Tuesdays are always a great way to discover new producers and to have a laid back night of dancing with some close friends. Tickets are $15 for people under 21, however if you’re old enough to drink the show is free before 8 PM, $5 between 8 and 9 PM, and $10 after 9. Get your tickets now at www.cervantesmasterpiece.com. The show begins at 9 PM so make sure to get there early and have some drinks. 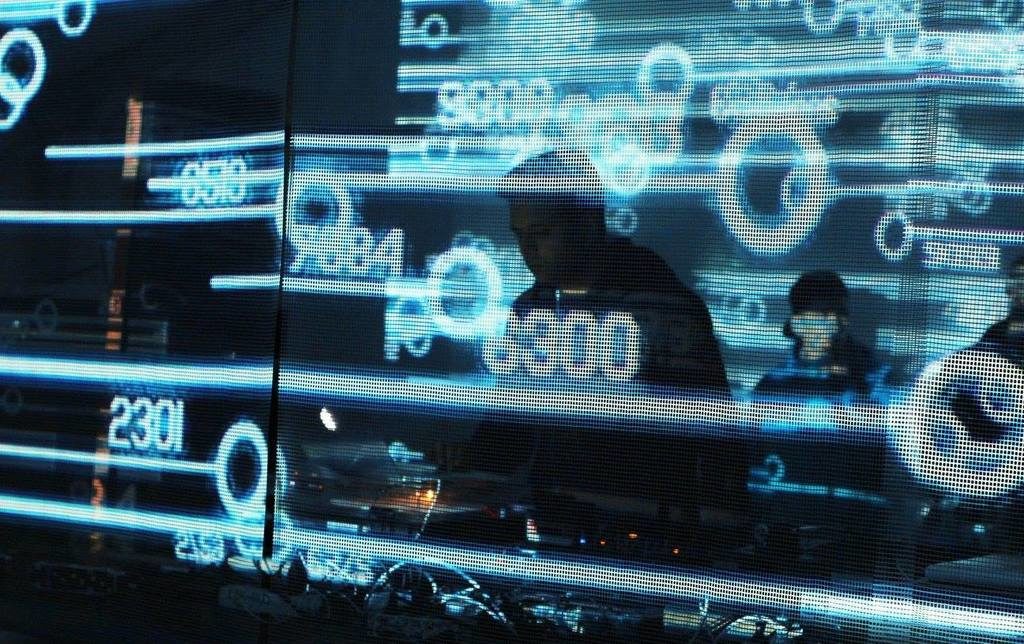 If you’re looking for some classic Soul and R&B, look no further than Macy Gray. The extremely talented singer songwriter and actress will be showing off that signature voice filled with eccentric personality at the Boulder Theater on Wednesday night. Macy Gray’s legacy as a multiplatinum, Grammy award winning musician certainly precedes her, and that reputation is sure to fill the room with ears anxious to hear some smooth jazz and soulful songs from Macy’s past. Tickets to see this legend perform can be purchased at www.bouldertheater.com. The doors open at 7 PM and the show begins at 8. Ticket prices vary depending on the seats selected but begin at $37 before taxes.

If you’re down in the Denver area, or if some head banging Dubstep is more your speed, don’t miss out of Run DMT on Wednesday at The 1Up on Colfax. Run DMT has been a major player in the electronic music scene since 2010, producing some very popular remixes as well as original singles. Run DMT takes influences from all over the electronic spectrum and he will definitely play a variety of tunes from more melodic songs to the bass filled tracks that he’s known to favor. The 1Up is an intimate venue so Run DMT will be sure to show some special love to the crowd. Tickets can be purchased at www.the-1up.com for $5 in advance if you’re over 21 and $17 in advance if you’re under 21.

The Motet is returning home to Denver for two nights, Friday and Saturday, at the Ogden Theatre. This funk and jazz inspired band has been making music for people since the late 90’s and is composed of some great musicians beginning with drummer and bandleader Dave Watts, percussionist and vocalist Jans Ingber, guitarist Ryan Jalbert, bassist Garrett Sayers, keyboardist Joey Porter, trumpeter Gabe Mervine, and saxophonist Matt Pitts. The Motet is well known, and especially in Colorado, for some wild live sets that really get the crowd dancing fervently. The Motet has a long history of showing their fans all the love in the world, however none are more cherished than the hometown crown and they will make the Ogden Theatre feel it this weekend. Tickets can be purchased www.ogdentheatre.com for $40 after taxes. The doors for the show open at 8 PM and the show begins at 9 so arrive early to grab the best spots in the house. 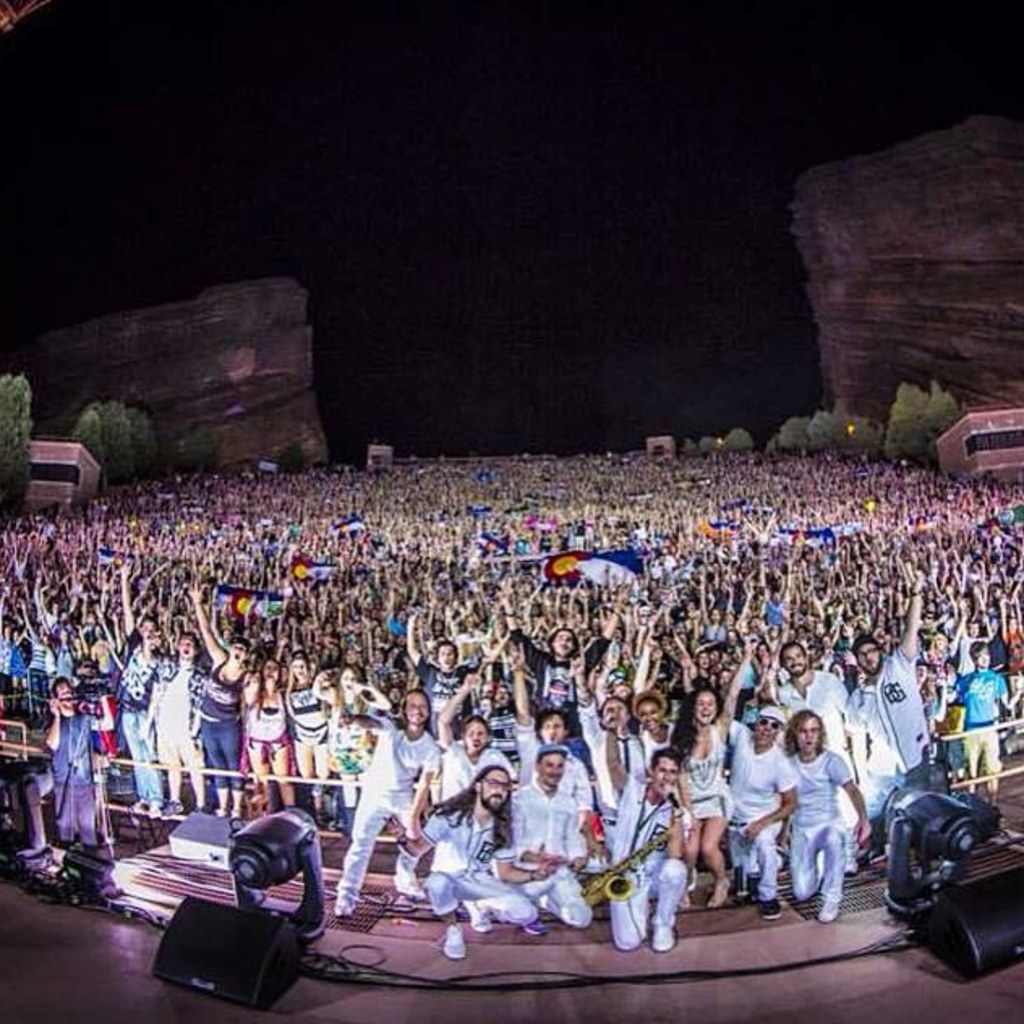 The veteran producer Skream will be hanging in Denver on Saturday night, performing an open to close set at Club Vinyl. Skream is an English DJ has been a dominant force in both the American and British electronic scenes since his first full-length albums release in 2006. Since then he has continued to crush the game, constantly churning out releases and collaborating with his fellow artists. Skream has more than earned his reputation as one of the most hard working and talented DJ’s out there, and he continues to prove it each and every time he takes the stage. This set at Club Vinyl is going to be a long one, about 5 hours long in fact, so be sure to come watch the man throw down, he may even have some tricks up his sleeves for the bass capital of America. Tickets can be purchased at www.coclubs.com for $15 before tax.

The Roots @ The Ogden

Rescheduled from October 18th, the Roots will play this Sunday, November 15th instead. This legendary hip-hop and R&B crew, formed in 1987, is arguably (or not so arguably) one of the most talented and notable groups of the 90s. With 4 Grammys and 11 albums under their belts, this group has a withstanding place in musical history. Named one of the greatest live bands around by Rolling Stone, The Roots know how to put on a show you’ll remember. You may have also seen them on The Tonight Show with Jimmy Fallon where, as the house band, they perform nightly Monday through Friday. Catch them in the Mile High this Sunday!