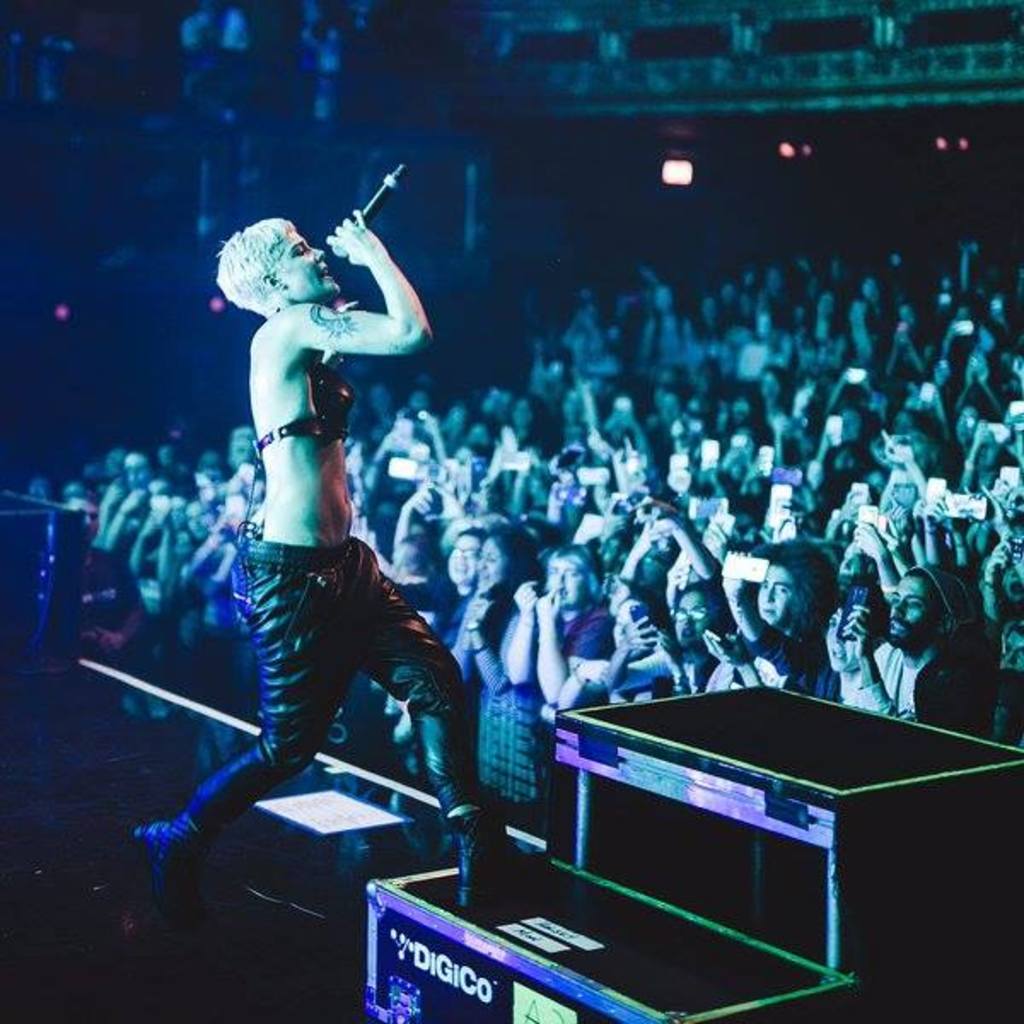 To all the young hipsters of the world, the social revolutionizers, the downtrodden and weary — Miss Halsey is here to put your deranged thoughts into song. 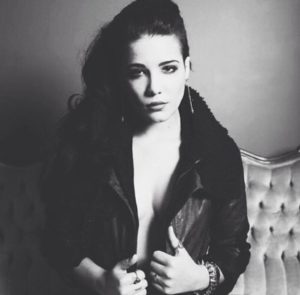 She opened up to the overcrowded and sold-out Gothic auditorium on 11/9, and frequently broke out of song to announce her devoted love to us, calling it her time to get out of her “dark attitude.” Her raspy yet booming voice entranced the fans even way up in the back and pushed over to the side. Almost everyone knew her lyrics, a true testament to her writing skills and nod to pop culture. It’s hard not to retain her catchy yet dark words — the mix of popular images with dystopian lands is contagious.

Her first song, “Gasoline,” set the mood for the night. “Are you insane like me? Been in pain like me? / Bought a hundred dollar bottle of champagne like me? / Just to pour that motherfucker down the drain like me,” she raked into the microphone. Being just 21 years old, many of her fans are young, underage and latch onto her truthful croons. And when have you not felt stupid the day after a night of debauchery? Halsey, whose real name is Ashley Frangipane, just happens to put all your regrets, crazed thoughts and self-conscious fears into phonetic form.

She went on to play some of her darker material, such as “Hold Me Down,” and “Castles.” A brief intermission brought steampunk images onto the screens, and she welcomed us to the Badlands. Although it is the name of her new album, she wanted to set up a realm (Badlands) that plays on the grimier underground scenes of society. All of her music videos are tied together through this reality, and before I knew who Halsey was, I just knew there were some cool YouTube videos that ran in conversation with one another.

In the age of the digital, Halsey has a forceful presence on YouTube, Twitter, and Instagram. I think this is what attracts fans so dearly to her, and vice versa — they are able to connect very easily in the virtual world. The concert definitely showed this — I have never seen so many phones up for such a long time, as if they were trying to stream the Badlands into their own web platform.

She then played one of her lighter tunes, “Roman Holiday,” and the energy was full of static electricity, coursing from the slender singer to the ballooning crowd. She got cheesy with her song “Drive,” replacing her lyrics of “And California never felt like home to me / Until I had you on the open road and now we’re singing” with “Colorado,” but no one could blame her. Her smile captivated the audience and she transitioned into one of her bigger hits, “Ghost.”

The crowd chanted out the lyrics before she could even tell them to, and at some points, her voice was drowned out from the gusto singing down below. And when her second hit came on, “Hurricane,” the anthem for feminists rang true. The theme of the song centers on not belonging to anyone but yourself, and Halsey drove that home by stopping the music and making sure the fans knew this.

But it wasn’t until her final song came on that the crowd burst apart. “New Americana,” the 21st-century ballad (that even non-hipster millennials can love) covers weed, Biggie, and LGBTQ culture. The line about getting high off legal marijuana gave the entire Colorado crowd the warm fuzzies. And maybe this is why Halsey exclaimed this was her best show yet — she knew that we understood how her dark and stormy feelings could transition to such great highs. She came to Denver last year with Imagine Dragons, and I can assure you that fans will be waiting and pacing around until her hypnotic presence comes back.