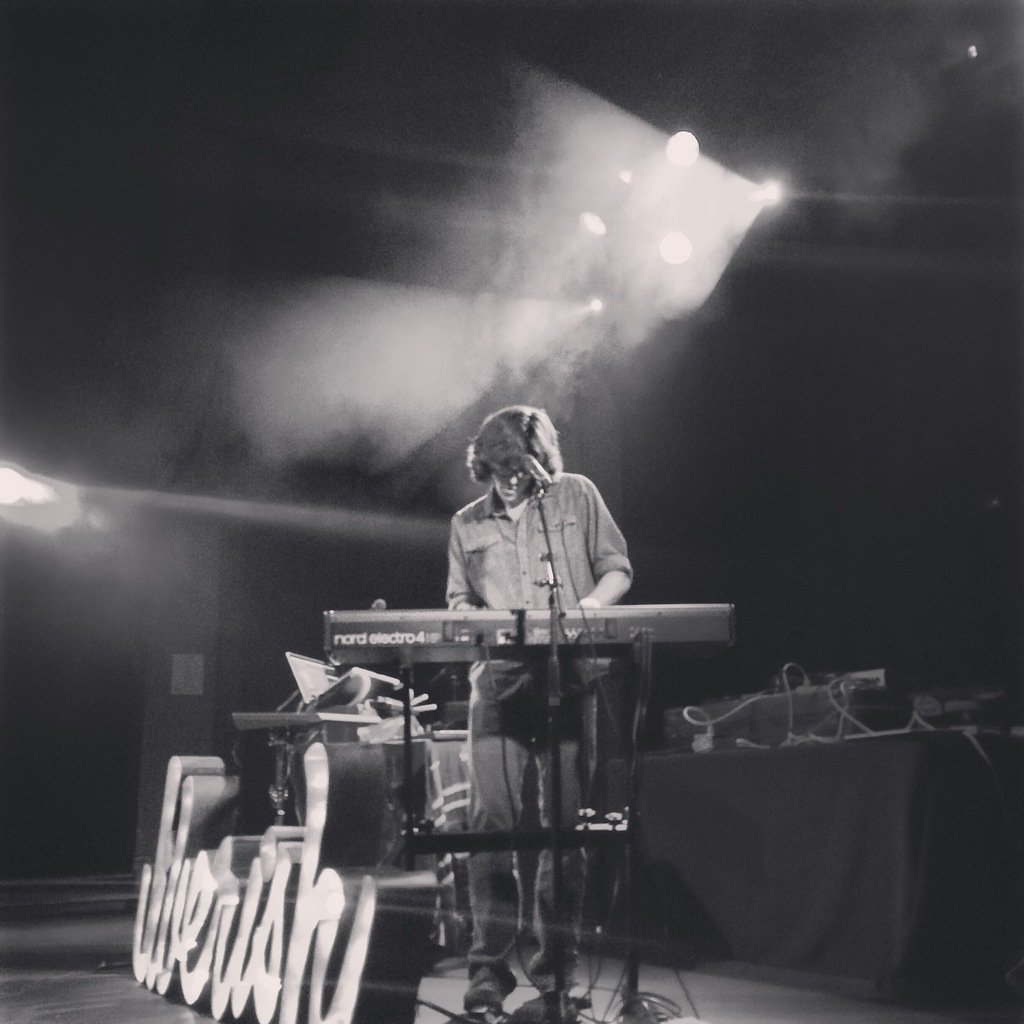 The Denver-based clothing company Jiberish celebrated their ten-year anniversary last night by renting out the Bluebird Theater and inviting two premium performers. Singer, producer and guitarist Gibbz headlined the night but seemed to be out shined by a new face in Denver, Big Wild.

Before the show I sat down with Jackson (aka Big Wild) to chat about his recent success producing, collaborating, and of course playing larger and larger shows across the country

303 Magazine: How long have you been making music and when did you become Big Wild?

I’ve been making music since I was in 8th grade, where I made hip hop beats and went by “JBeats” haha. But I did not become Big Wild until my girlfriend took me out Big Sur California about three years ago. I never really had witnessed a landscape like that before being from Massachusetts. It made me want to do a music project where I could be adventurous, unique and big with my sound. The trip was definitely a big influence on me and a point where my music style changed.

At what point do you think Big Wild took off?

I think it was my collaboration with Odesza that started everything. They just heard my music on Sound Cloud and were really diggin’ it.  They asked me to open for them in San Francisco and LA and then I did the “Say My Name” remix for them. After that I joined them on their whole tour where I met my booking agent who has been great getting as many show as they can and opening up a ton of doors for me.

Lets go back to the past year, has everything been pretty new for you?

Pretty much, the Odezsa tour was the first time I played for any crowd that size. We were playing venues with like 1,600 to 2,400 people, I had always done smaller venues so it was all new for me. I recently finished touring with Gramatik as well, where the crowd had a ton of energy, giving me something I’ve never seen before on stage. I also did a festival run this summer which I had never done before. I did Lightning in a Bottle, Shambhala, Sonic Bloom, Back Woods, Smash House and I think I’m even leaving one out.

So explain to my your live show, your not just DJing?

Yeah. So I got the live piano, then the mic up there I use for whistling, then I have a drum pad with acoustic drum sounds programmed into it, and you see that wooden box up there in front of the stage? Thats called a cajón which I play live as well. And my songs are all cued up by my computer there using Ableton.

Last question, what you do you have planned for the coming year?

So Im working on my first EP, working with a lot of vocalists right now, bringing singers in the studio to hash out lyrics and melodies. Working on a music video for “Aftergold”, working on some new remixes for artists that I don’t think I can say who yet. And hmm lets see, oh I got more with the Griz tour, the Odesza tour and working on a small headlining tour for the spring. I’m really busy with all this stuff but the EP is the main focus right now. I’v been putting a ton of time into it and want to make something special.

When the show finally started, Big Wild introduced himself to Denver with a packed Bluebird theater opening up the Jibererish 10th anniversary party.  It is safe to say most people there had never heard a single Big Wild song, yet he was able to immediately get them moving with his interactive set. The biggest reaction came when he sat front and center of the stage, beating his cajón, turning the crowd to a tribal mentality. It was truly a fresh and unique performance, as opposed to your common DJ. Big Wild is definitely worth searching online for any music fan. You can also expect a bigger and more recognized return to Denver in 2016.