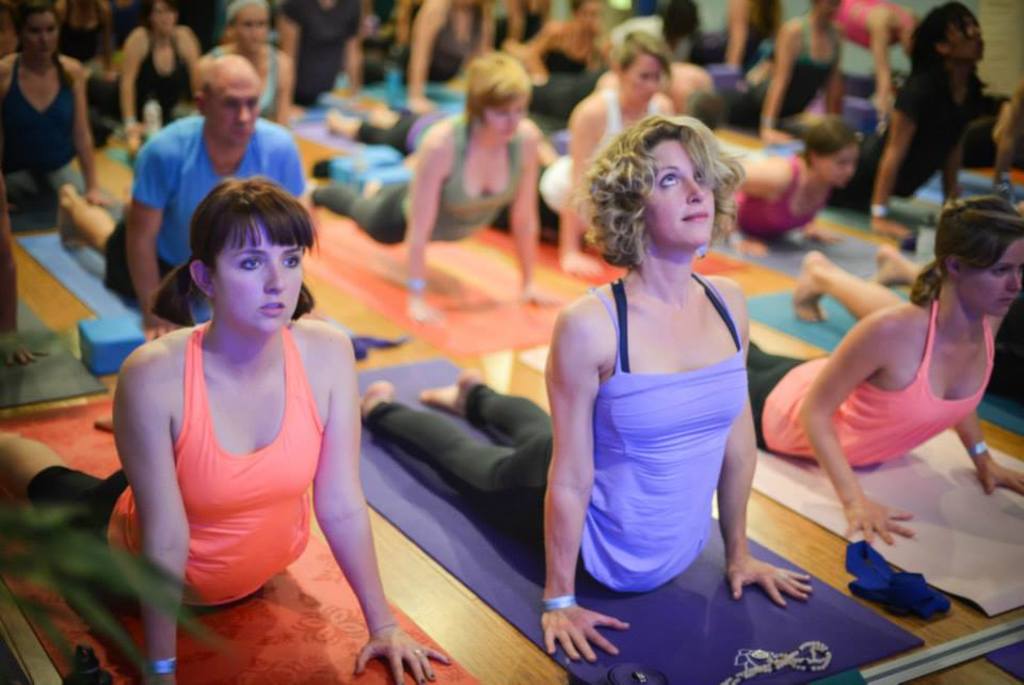 According to a March article in The Huffington Post, Alaska is the only state with more yoga studios per capita than Colorado. With so many options available in Denver alone, how does a Mile High yogi—especially one of countless recent newcomers—decide where to unroll his or her mat? Enter: Friday Night Yoga Club. “We’ve gone from about 10 dates last season to 20 this year,” says FNYC founder Erik Vienneau. “Every night has a different instructor and musician and meets at a unique studio. So in one season you can see most of Denver’s favorite instructors, musicians/DJs and venues.”

Even if you’re pleased as punch with your current “om base,” there’s a plethora of other reasons to get down dog at Friday Night Yoga Club. “Whether you make it a night out with your friends, date night or feel like rolling solo, FNYC, Yoga Rocks the Park’s indoor sister event, is a perfect opportunity to flow and mingle with like-minded folks to the soundtrack of live music. Come for the yoga and stick around for the after-party, presented by Whole Foods Denver.”

The 2015-2016 season of Friday Night Yoga Club gets its asana in gear October 16 at Samadhi. Feast your third eye on the full schedule–powered by Aveda Park Meadows–below. 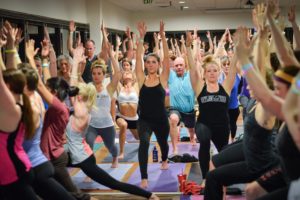 Friday Night Yoga Club’s 75-minute flow starts promptly at 7:00 pm (doors open at 6:30 pm) and is followed by more music, healthy eats and mingling. For the down dog lowdown and tickets, FridayNightYogaClub.com