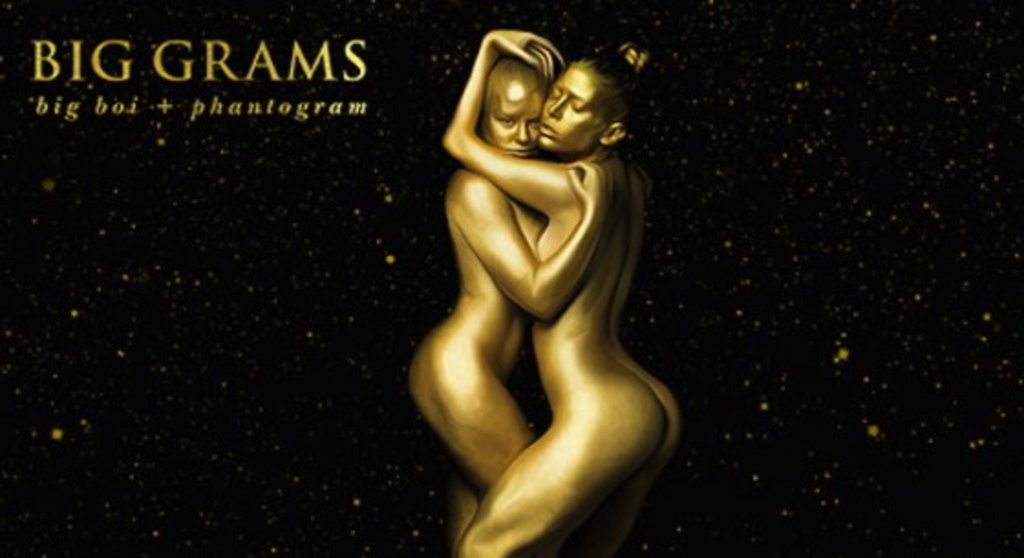 When two artists from totally different genres collaborate, there is always risk involved. So when I discovered that hip-hop giant Big Boi and indie rock duo Phantogram were planning on releasing an EP together I felt excited, yet nervous. Just as their name suggests, I felt “Big Grams” could simply be Big Boi rapping over Phantogram songs, a combination that could easily end in disaster. While Phantogram had appeared on a few tracks from Big Boi’s 2012 album Vicious Lies and Dangerous Rumors, it was clear that wasn’t enough of this natural collaboration.

The Big Grams EP turns out to be the opposite – an absolute triumph. This fresh mix of genres and sounds gives music fans something that is hard to come by these days – originality. The album begins with “Run For Your Life”; a familiar Phantogram synth beat leaving you wondering how Big Boi is ever going rap over the glitchy sounds of producer Josh Carter. The flow Big Boi enters with impressively matches with the indie beat to create something new. Big Boi shows us he is not afraid to leave behind his “dirty south” roots to create a band that seems to have been together for years.

Phantogram returns the favor by altering their sound with “Put It On Her”, a soulful hip-hop beat that could of easily been mistaken for an Outkast song from the 90’s. The rapping on this track is classic Big Boi, while Phantogram’s vocalist Sarah Barthel lays down a perfect old-school hook. The album continues in this complementary style, with some songs sounding more like Phantogram and others sounding more like Big Boi. In either case all three artists show respect for each other by altering their respective sounds to create something unique and polished. In addition, up-and-coming hip-hop group Run The Jewels landed a spot on the hard hitting track “Born To Shine”, while renowned producer Skrillex finishes the EP with a tasteful trap beat called “Drum Machine”.

While Phantogram claims that Outkast was a big influence on them, Big Boi admits that he discovered Phantogram via a pop-up ad online, and immediately fell in love. No matter how it happened all three artists show bravery and versatility creating this album. I highly encourage all music fans to give this album a listen. There may be no radio hits, but I predict this collaboration will be successful and will pave the way for more great music from Big Grams in the future.