The Adventure Reel series became a part of the Breckenridge Film Festival in 2013 and since then has gained so much popularity that it has expanded into a four night feature with multiple films that strive capture our human drive and pursuit to conquer nature. 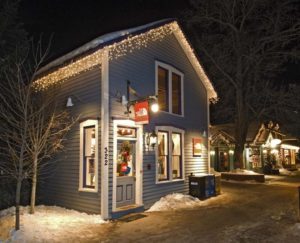 “Meru,” is a drama/documentary film which hinges on the climb of the not well known Himalayan peak. Staring Conrad Anker, Jimmy Chin and Renan Ozturk, the ascent to the top of this infamous peak, through the nearly insurmountable Shark’s Fin, has shunned the world’s most talented climbers from its summit for the past 30 years. This film follows Conrad, Jimmy and Renan on their path to ascend Mount Meru for a second time and the trials they face along the way.

Conrad Anker and Jimmy Chin have made repeat appearances in Breckenridge, CO. Speaking at The North Face store located at 322 South Main Street, for The North Face Speaker Series each fall.

Insider Tip: The North Face Store in Breckenridge, Colorado is offering a 10% discount on any non-sale item on the day of the event, Friday September 18 and Saturday September 19, in honor of the debut of the movie “Meru.”

Winning the 2015 U.S Documentary Audience Award at this year’s Sundance Film Festival, “Meru” is a visual treat for any mountain lover or climber who has dreamed of reaching impossible heights.  This film will offer you an authentic look at human survival on a perilous trek against Mother Nature’s sheer power and beauty and leave your jaw on the ground from wonder.

All the things you need to know: