The Morning After: Explore the Artistry of Sarto’s Tailor-Made New Brunch Menu

Sarto is Italian for “tailor.” It is no coincidence then that the proprietor of the Jefferson Park restaurant, Sarto’s, is also named Taylor Swallow (he is joined by wife Kajsa Swallow in this role). Though, rather than just a sly self-referential treatment, Swallow settled on the name after finally having the opportunity to open his own restaurant—something he’s wanted to do ever since he started cooking at the age of 16. The name signifies his desire to imprint stitches of personalization into every one of his customer’s meals, a sign of appreciation for their continued support.

“The restaurant has effortlessly carried the distinction of a well-made bespoke suit——bright whites and gunmetal grays commanding a clean, elegant look that shines on warm afternoons.” 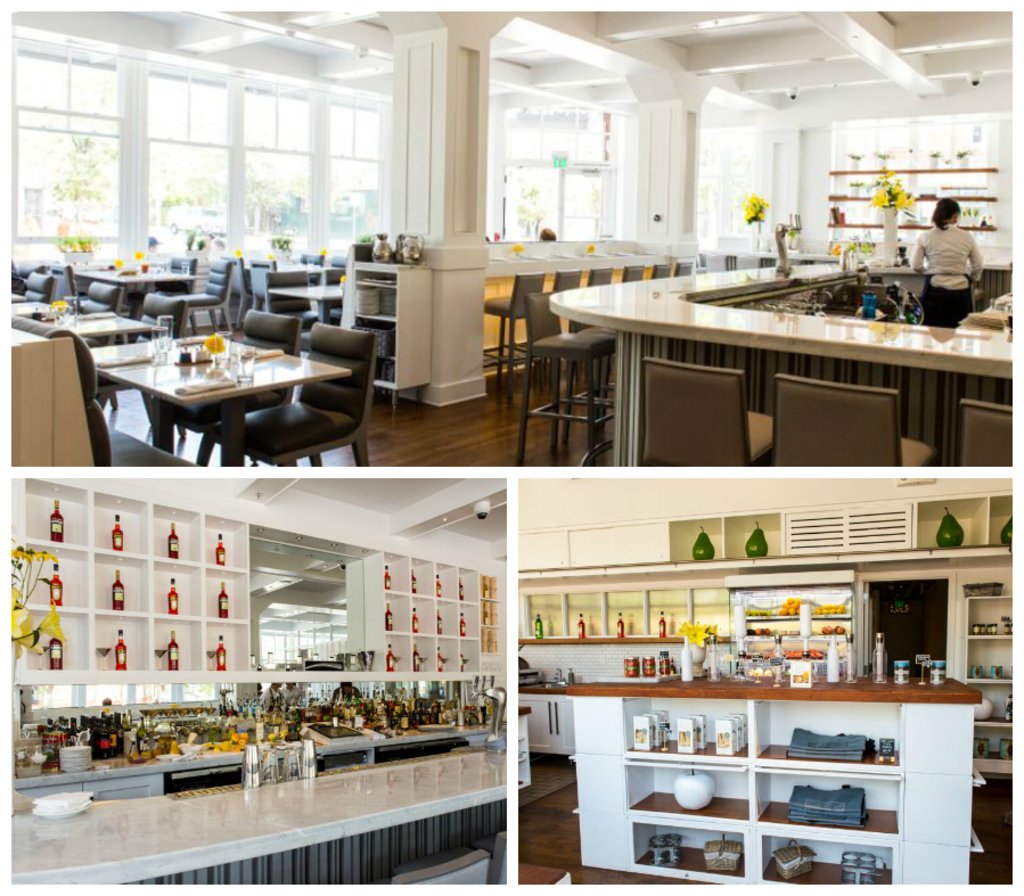 Ever since it opened last October, the restaurant has effortlessly carried the distinction of a well-made bespoke suit—bright whites and gunmetal grays commanding a clean, elegant look that shines on warm afternoons. From the oversized needle-shaped door handles, the herringbone tile laid in the entryway to the marbled hallways and cooking surfaces in the kitchen, the architectural layout serves as a mimetic reminder of the “tailor” theme. The building, which at other periods in its century-long history has housed both hardware and fabric stores, was refashioned using designs by Matt Lauten, interior designer Kirsten Brundage and handiwork by Sprung Construction.

The arrangement flows seamlessly through banquettes and table-tops around the perimeter of the main room while a large bar, backlit by cubby-holes dressed in an alternating pattern of Italian liqueurs, serves as the centerpiece of the space. Behind the hostess stand sits a service area and a partial view of the kitchen. A side room in the back, complete with a pull-down projector screen, can be closed and reserved for private functions and features blueprint maps of various Italian cities;  underneath these, an array of antique sewing machines is displayed through the glass of a cabinet at the end of the seating area.

The hallway then corners off into a small marketplace called the Pantry, which sells house-made breads, sauces and pastas, in addition to other goods housed within deli cases. Diners can also receive table service in the pantry from the row of high seats that overlooks the street outside, or on the connected outdoor patio.

Finally, helping to color the space, Aesthetics by Page changes the floral arrangements on display in Sarto’s every week. Page Pagliuca, who has owned and run her company in the Denver metro area for the past 22 years, said she has committed to helping Swallow achieve his specific vision, taking guidance from him and capitalizing on the available sightlines and empty nooks in the restaurant to add some additional character to the decor. Swallow chose to color-code the space seasonally, (yellow in summer; orange in fall; red in winter; green in spring) and Pagliuca expressed her enjoyment in meeting “the challenge to keep things new and fresh every week [given that] she’s working with a limited color palette.” 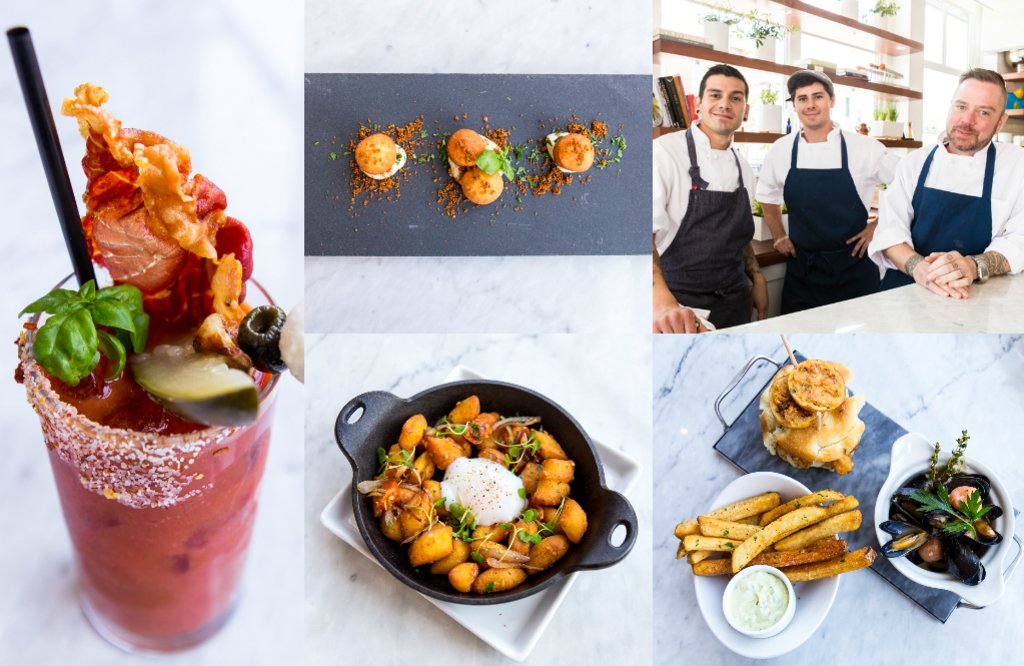 Sarto’s brunch menu, which is a little more than a month old, is supported by the creative Sous Chef Ivan Ceballos, with some input from Swallow. The current selection of 12 “weekend apparel” entrees generally align with the Italian concept, blending in key inspirations when appropriate.

Start with the gnocchi hash ($7). Fried and tossed in butter, garlic, shallots, splashes of red and white wine, parsley and herbs, this shareable dish provides a brief introduction to the great potential evidenced in the savory savvy of Sarto’s chefs.

Though you will recognize some familiar brunch items as you move onto the entrees (omelette, Benedict re: benedetto, gravlax), Sarto’s take offers a refreshing palette of ingredients that belies the traditions and innovations inherent in their creation. Notably, with one of the more popular dishes thus far, Swallow’s exacting standards can be sussed out in the execution of the bruschetta ($11), a straightforward presentation of stracchino cheese, avocado and heirloom tomatoes on a grilled baguette and served with an arugula salad. Though the mussels ($12), simmered in a delicious white wine broth, are favorable and the smoked paprika grilled shrimp ($16) on a plate of creamy polenta, which carry the inspiration of Ceballos’ Floridian upbringing, also look great, the pang of appreciation I felt most was for the poggio ($16), a jazzed-up version of a New Orleanian Po’Boy featuring fried shrimp and calamari steak, paired with aioli and radicchio, and wrapped in a baguette, though I had mine on focaccia. (It should be noted as well that all the baked goods are prepared in house; a small glassed-in baker’s prep station and oven sits at the top of the hallway leading to the Pantry).

I am happy to report as well that justice is done within the short list of Italian sweet bites Sarto’s offers on the brunch menu, including cinnamon bombolino ($3PP), lemon semifreddo ($4) and pistachio cannoli ($3). Though I will say, the horchata shooters Ceballos prepared could be bottled and sold independently and would promptly sell themselves.

The collaborative effort that is Sarto’s new brunch menu will continue to shift, likely downsizing from the 12-item lineup featured in this writing. To me this can only mean one thing: a paring and security of focus that will only continue to highlight the talents of Sarto’s cooks, a silencing response to the once prevailing notion that brunch is not the place for culinary experimentation to reach its true potential.