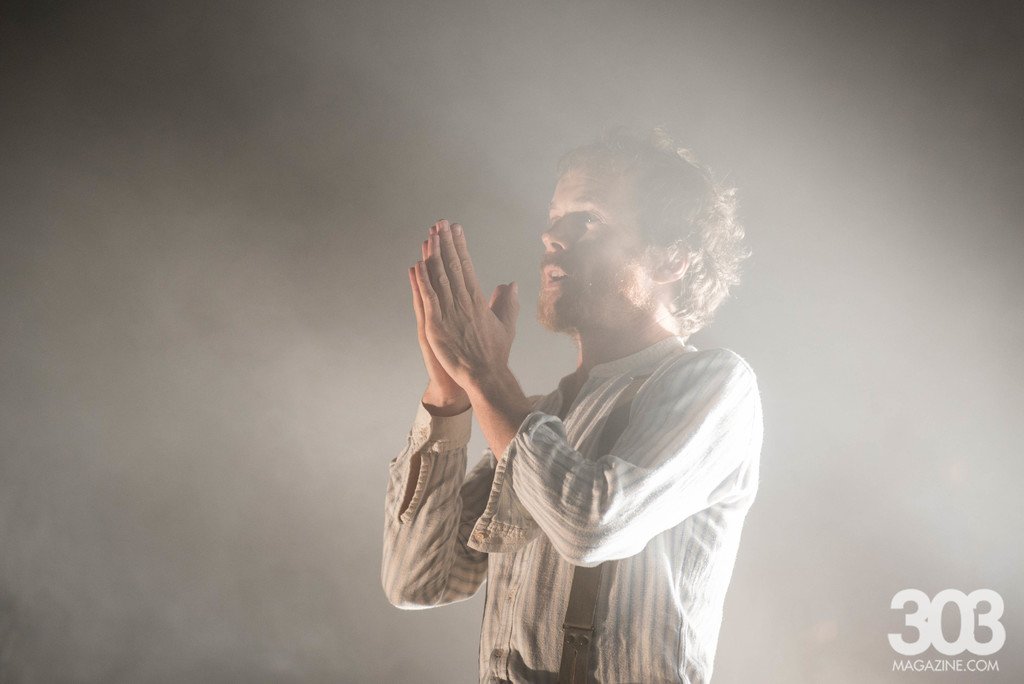 Iron and Wine, Damien Rice Prove Red Rocks is for All 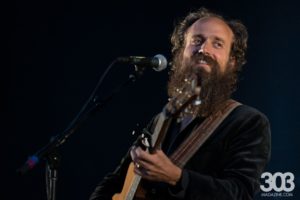 A Monday night and a couple of folk singers at Red Rocks probably sounds fairly mellow, however an eve of Iron and Wine completed with Damien Rice proved to bend the limits. The typically rage-tastic venue took a seat and soaked in the sounds of two very talented men and their few instruments accompanying them onstage. Despite the threat of flash floods and cold winds, the venue was pleasantly filled with fans of all ages and styles.

Iron and Wine took to the stage first, starting around 8PM. His stage presence was certainly bigger than his stage set-up, having only two guitars and a stool to fill up the large platform he was standing on. A quick witted and playful sass came from him between each song, and erupting laughter became a familiar sound amongst the strums of his guitar. The yells of song requests trickled out here and there, to which Mr. Beam seemed to always own the perfect retort, including a hilarious, “yeah, I am not going to play any of that shit.” Even “play your favorite song!” was belted out from the seating area, a statement that was answered with, “My favorite song is ‘Beat It’ by Michael Jackson, so..” 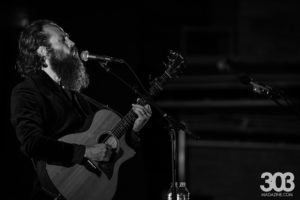 He stuck to some older croons, including a “Sixteen, Maybe Less” that involved him executing a humming, tongue-wagging method as if to add a second instrument. It was a technique that created a beautiful sound to the song and comical visual to the live performance. The beginning of each song was greeted with resounding cheers of excitement that caused the main man to smile to himself in humility. He played a song from “Sing into My Mouth,” a cover album with Band of Horses’ frontman Ben Bridwell, which involved some whistling that earned the crowd a compliment from the performer. He closed out his set with “The Trapeze Swinger”, and then the bearded songster was finished for the evening. 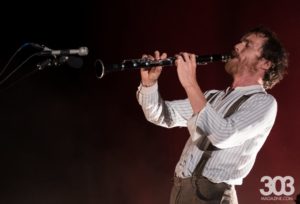 After about a half hour wait, Damien Rice made a very unique entrance to his Red Rocks event. His Irish accent blasted into the ears of each patron, lights flashed and apprehension grew. After a few abnormal statements he reached the center of the stage. Dressed in trousers and a striped white shirt, he definitely fit the style of a countryside Irishman. He opened with a recent favorite, “My Favorite Faded Fantasy,” tugging on heart strings of those in the crowd with painfully relatable lyrics like, “you could be my poison, my cross, my razor blade/ I could love you more than life/ if I wasn’t so afraid.”

Whilst drinking from a glass of red wine, Rice described the feeling of gazing upon the large audience to be much like conversing with someone you are attracted to, which caused, as he stated, “a similar feeling of being turned on.” He then went on to detail a story about testicles before drinking more of his French wine and singing in French. From here, he gifted his fans in a playing of a unique and ambiguous humming instrument for a few songs. Although the sounds the instrument generated were unorthodox, they fit in nicely along with the rest of his soothing music. 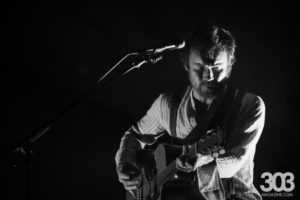 “So, whose house are we all going to after this?” He asked in a sinister tone as he took a sip of his crimson libation. He next played “Colour Me In,” but not before a priceless monologue about the background of the song, and where it came from. “I often get asked how I can write so much about love, even though I feel my music is about other things,” he said. “This song sounds like a love song, but it is really a love song about loving yourself, believing in love completely.”

Rice finished the set out with a titillating and intensely looped song, including several recordings of his voice, him ringing bells, an electric guitar, a clarinet, drums, and an acoustic guitar, paired with floor to ceiling background flashing lights. The stimulating performance was not the end, though, as he of course returned for an encore. He thanked his crew, his fans, Iron and Wine and others. The concert goers cheered and sang and erupted with adoration until the house lights filled their eyes and guided them to their cars. The night had been complete with unforgettable tunes, laughter, and the indie folk fan in all of us could not fathom a more remarkable Monday night.