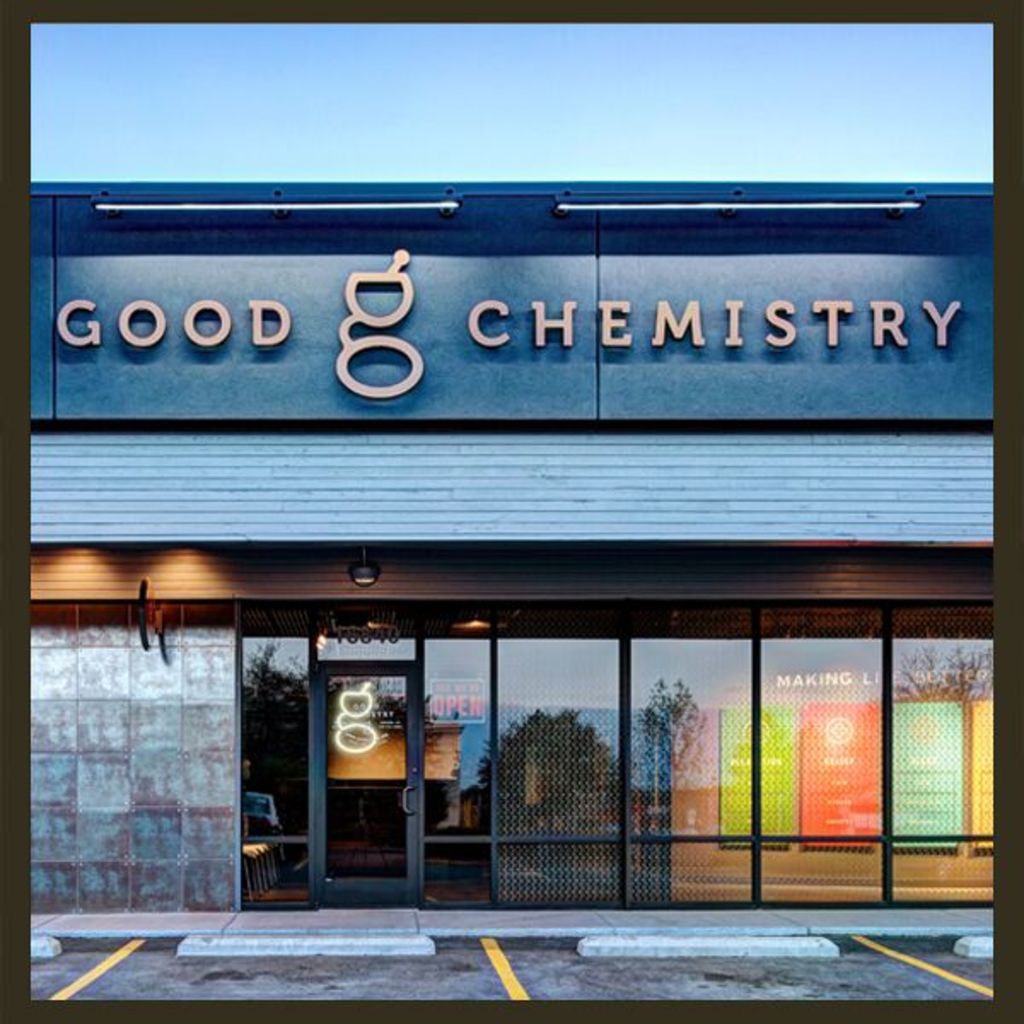 It’s already clear to Denver residents that legal cannabis has brought wonderful changes to our community. Black market crime activity is down, and the economy is doing better than ever. Plus, cannabis users can safely buy their products without having to fear any kind of legal repercussions.

But lately, the Colorado community has been seeing some unanticipated positive effects from legal cannabis. The businesses that started up here when marijuana became legal are booming, and to thanks their customers, they are giving back to their community by getting involved in local events and showing support for the local scene.

Here are just a few ways that local dispensaries are helping out and making Denver a better, and more vibrant, place.

1. Helping out in the community

One of the big concerns when cannabis first became legal was that having dispensaries all over the city would make it a dangerous place. People worried about the element that would come with the businesses, and the overall impact on the community. But now that these businesses are thriving, they are doing their part to have the opposite effect and give back to the city and surrounding area.

“We give back to our community in a number of ways,” stated Corey Pfaff, Marketing Coordinator at Doctor’s Orders Dispensary. “We support and donate to various charitable organizations, toy drives and families in need, as well as our local police and fire departments. We also have an open community board where we allow local promoters, businesses and other organizations to display promotional materials in our stores. Additionally, we participate in local fundraisers by allowing collection jars to be placed at our counters, and we encourage our staff to donate a portion of their tips to collection jars each shift.” 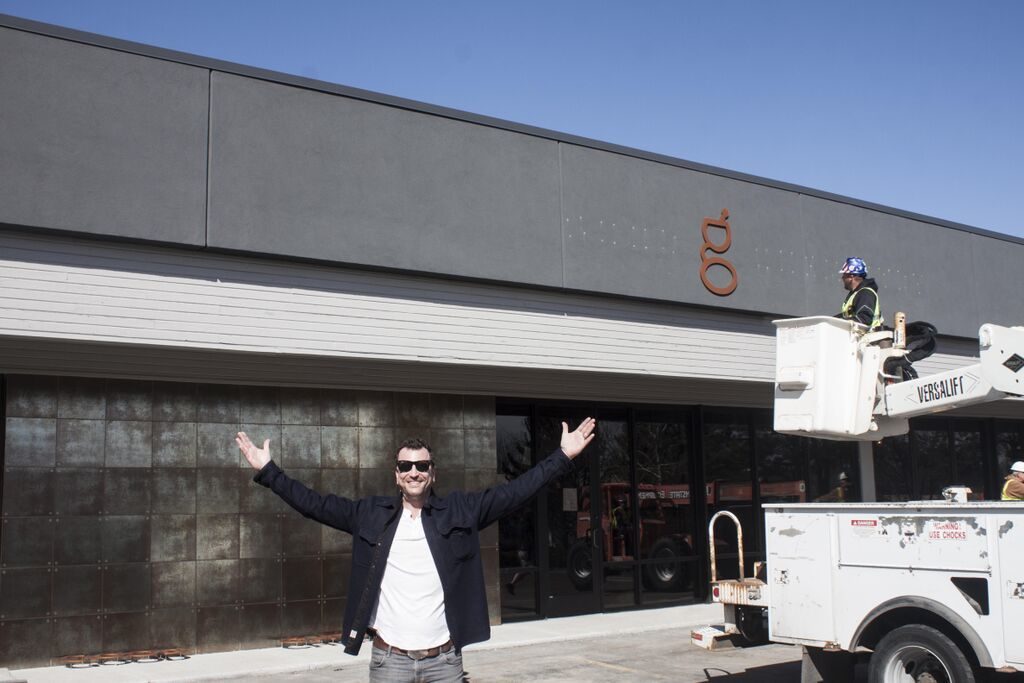 2. Speaking out for cannabis activism

Another way that cannabis businesses help out and give back is by staying active in the world of marijuana reform. There is still a long way to go for cannabis to be accepted as a recreational substance that can be enjoyed safely in moderation and before people have easy access to the medication they need.

“We partner with various cannabis activist groups in and out of Colorado,” Pfaff told us. “We are a top tier member of the National Cannabis Industry Association (NCIA) as well as the Colorado Marijuana Chamber of Commerce. We also work with and invest in innovative cannabis technology platforms such as Cannabase.io and others, and we work with politicians and influential people to push forth the pro cannabis movement across the country.”

“I am a founding member of the Cannabis Business Alliance,” stated Matthew Huron, Chief Executive Officer of Good Chemistry dispensary in Denver. “I am a founding member and former board member of NCIA. Several of our executive staff are on Department of Revenue and MED working groups, and are very involved in helping the state as it drafts rules and regulations for cannabis.” 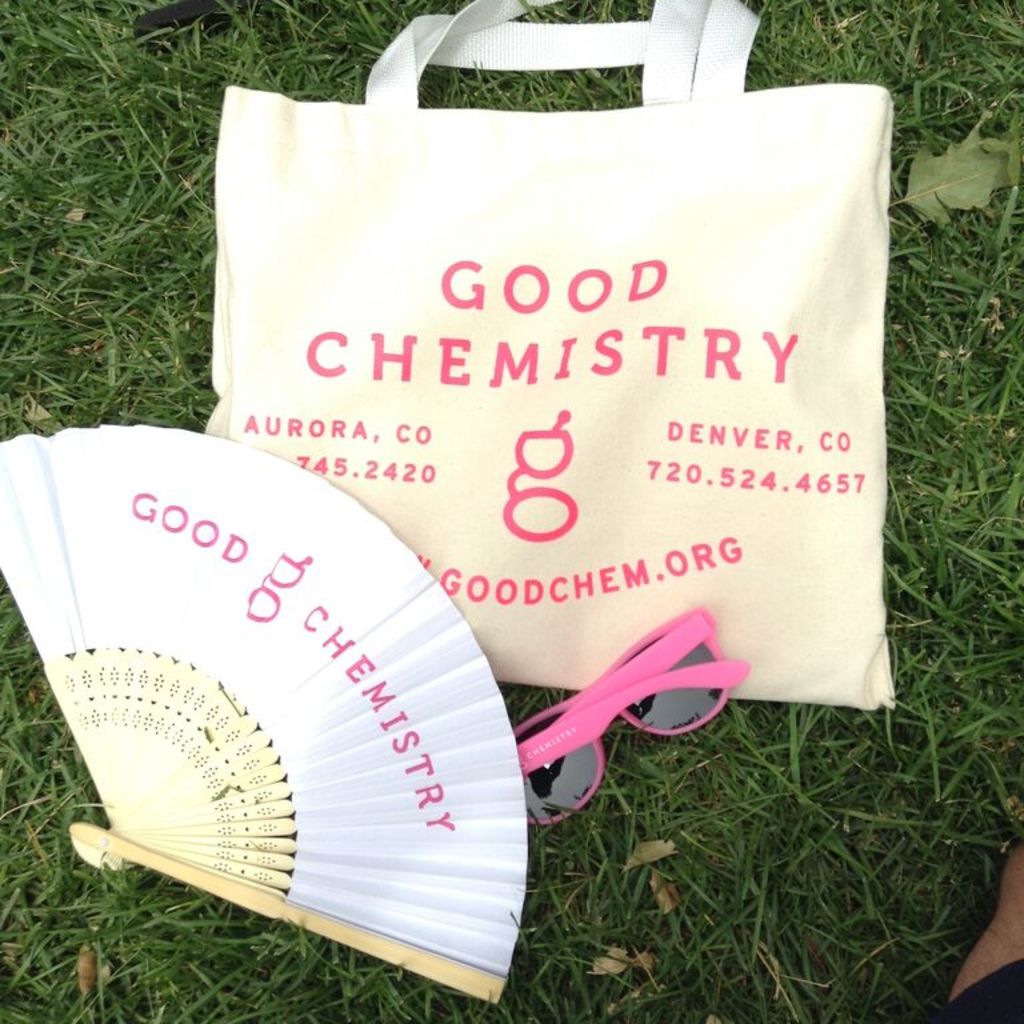 Cannabis and entertainment have long since gone hand-in-hand, from Bob Marley and the great rock bands of the hippie generation to rappers, metal bands and comedians today. So it makes sense that dispensaries and cannabis-centered businesses want to get involved with the local music scene. LivWell is sponsoring the upcoming Denver Psych Fest, and Sub.mission gets sponsorship for their events from RAW rolling papers.

Doctor’s Orders has also recently been breaking into the local music scene by sponsoring and getting involved with its own events. “We love music at Doctor’s Orders, and stay very connected with the local music and arts community,” Pfaff stated. “Several of our employees are members of local bands, and a few others are involved with local production companies. We play local music in our stores frequently, and we sponsor concert events that we feel bring the music and cannabis communities together. We will continue to become more and more involved, especially with our new store opening. We are getting ready to start hosting our own block parties.”

“We have been involved with numerous events over the years,” he added. “We’ve brought out several artists such as Dilated Peoples, 8ball, MJG and more. Recently we teamed up with our friends at Cannabase to create Cannabash featuring stand up comic TJ Miller. We’ve also partnered with local promotion companies in Denver such as Collective 360, GetEmHigh and Roux Black for events like Snowdown 2015 and #BlackSummer coming August 27th at the Bluebird Theater.” 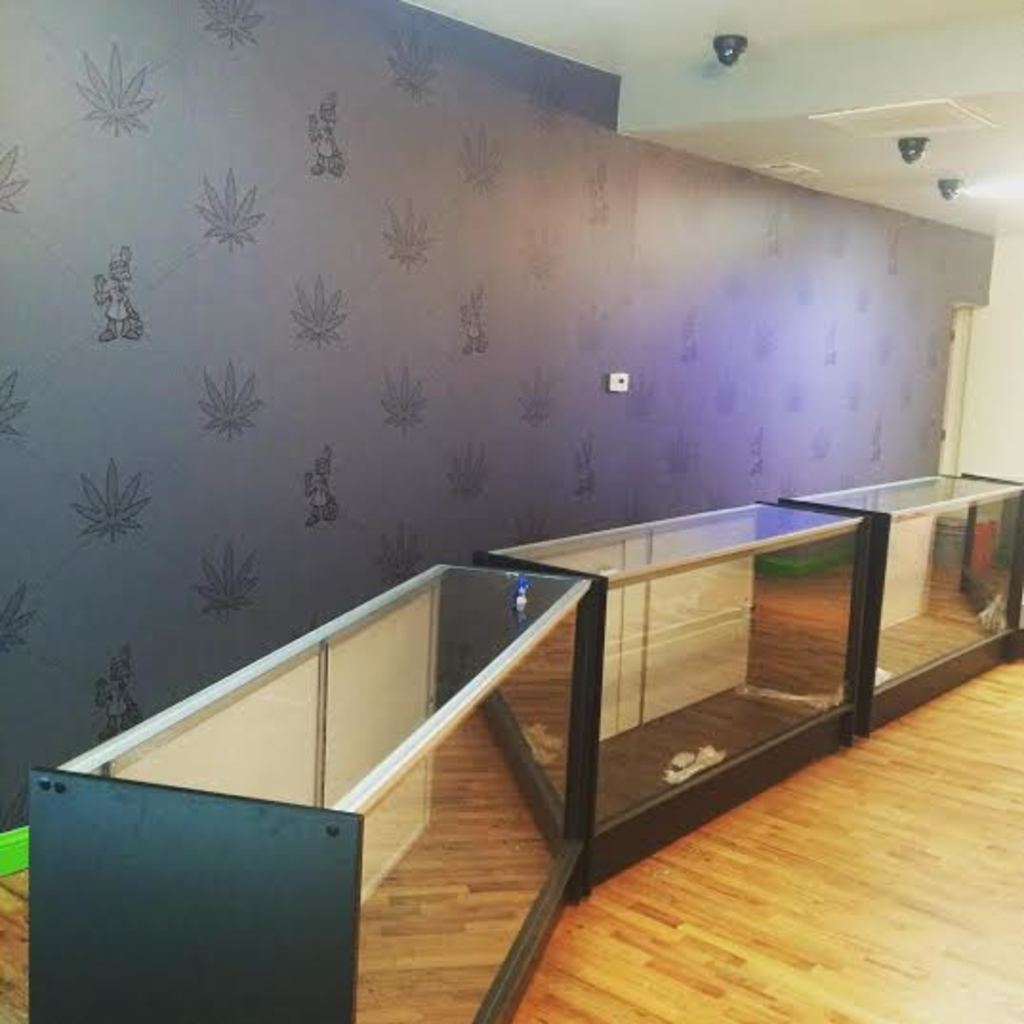 4. Providing free cannabis to those in need

You don’t have to be rich or successful to give back and help out – you can start by simply giving what you have on hand. That’s why it’s so appropriate for dispensaries to give out some of their product to those who need to medicate but can’t afford to buy cannabis.

“Good Chemistry has a Compassion Program that stems from the work that I did with my father in San Francisco a decade ago,” Huron told us. “We provided free medical marijuana to patients at hospice and assisted living facilities in San Francisco. We provided free medicine to really sick people. That was the beginning of our Compassion Program. When I moved the business to Colorado, I wanted to keep the spirit of my father alive, so we started the Good Chemistry Compassion Program, where we provide free and low-cost medicine to very sick and low-income patients. We have an intake system, and patients have to qualify for the program. We have about 50 active compassion patients right now. I believe we are the only dispensary that offers such a program.” 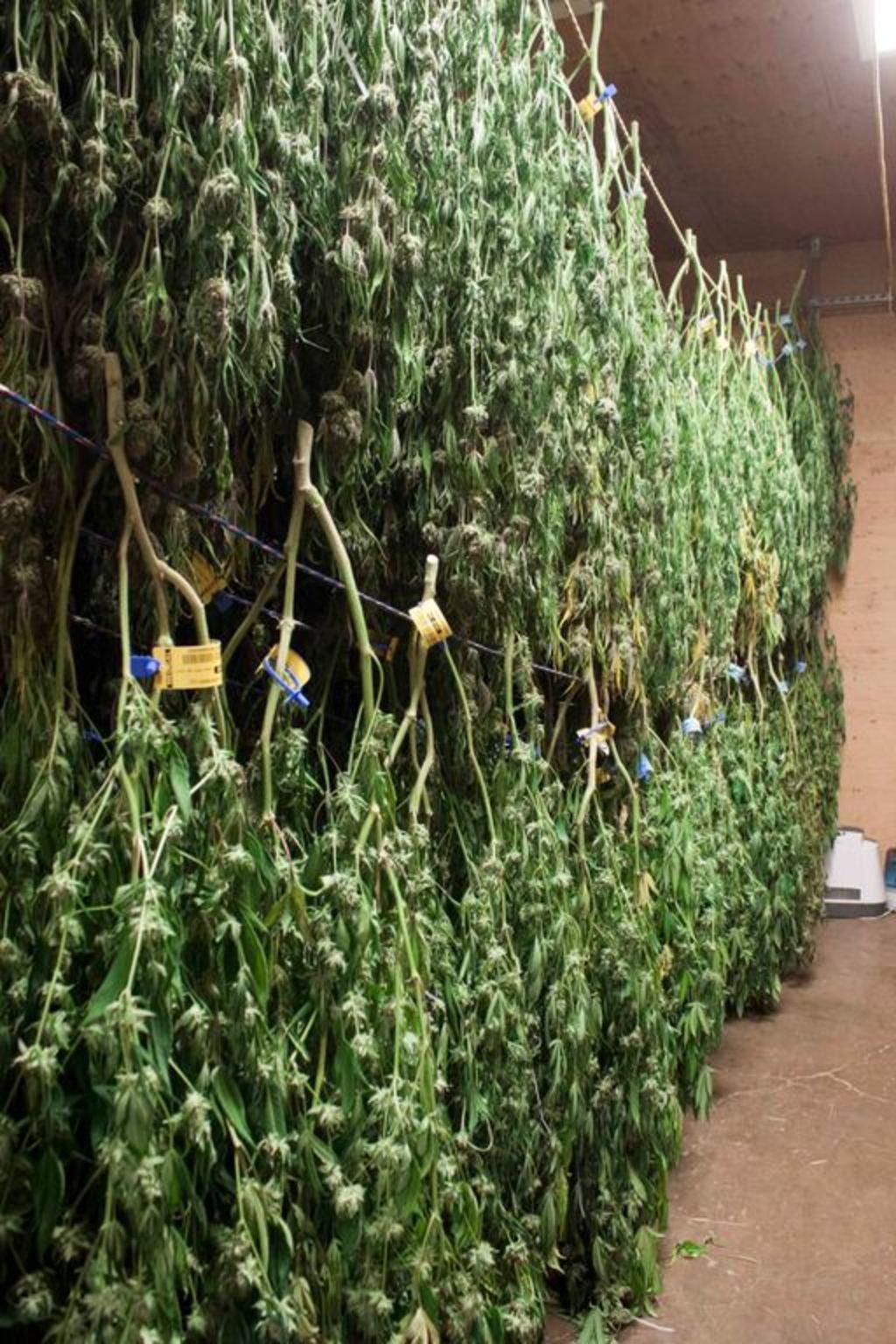 5. Allying with the LGBTQ community

Cannabis users have always been marginalized as dangerous deviants and addicts, and today we know that’s just not true. So it makes sense for smokers to ally with another group of people who have been wrongly shown in a negative light, the LGBTQ community.

“Good Chemistry has been supporting the Ally Awards for the past four years now, and is the Universal Sponsor this year,” Huron told us about his work with the fundraising event in Denver that supports allies of queer-identified folk. “I will be included with a handful of sponsors that the Ally Awards will feature in a video. In the video, I discuss my connection with the LGBT community. Good Chemistry sponsors Out Front and the Gay Pride Parade as well. In addition, for the past two years Good Chemistry has been the exclusive sponsor of the Pink Party at Tracks during Gay Pride Weekend.” 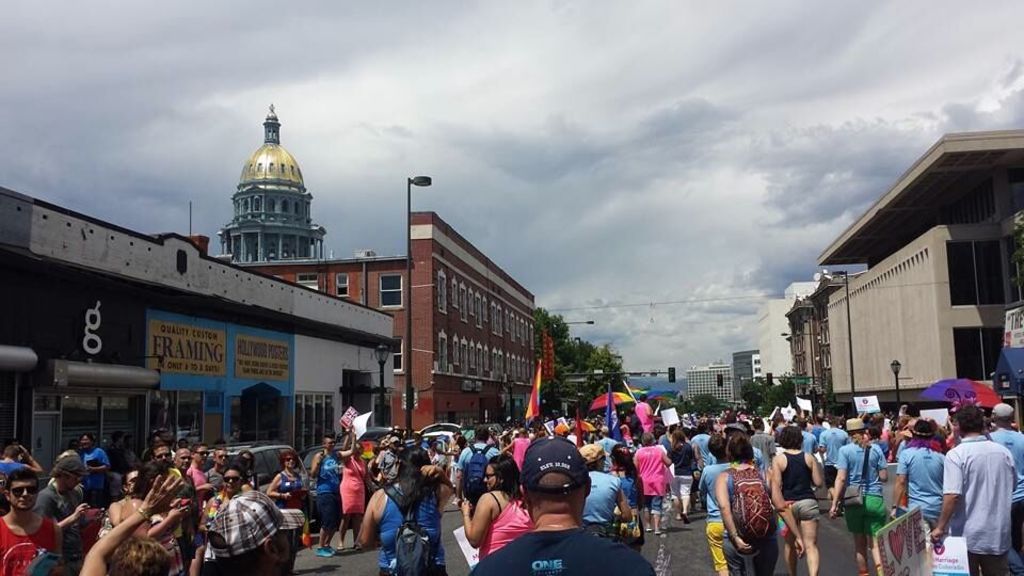