11 years has brought a lot of change to both 303 Magazine and Denver—particularly the dining scene. The city, which was once largely thought of as a “cow town” without much to offer in the way of culinary innovation, is now pushing the limits of change as an influx of new dining options open regularly. What has this meant for 303’s coverage of Denver dining and for the city’s culinary reputation overall? To find out, I asked the food editor, Brittany Werges, for her insight into the past and future of dining in Denver and how 303 Magazine approaches its coverage.

Molly Martin: As 303 Magazine has evolved as a whole over the past 11 years, how has the food desk’s coverage changed and progressed?

Brittany Werges: During the time I have been a part of the magazine, we’ve transitioned from print to mostly digital. Overall, that has changed the structure and the focus of the publication immensely (as it has for the media industry in general). But specifically for this food desk, it has caused us to be more conscious about making our content topical and visually dynamic in order to captivate a reader that is constantly bombarded with information on the web.

“When I first started writing and editing for the magazine, it was common to see cellphone and stock photography as the main source for imaging for digital publications. The Food Desk has always known that was not the way we were going to do things.” 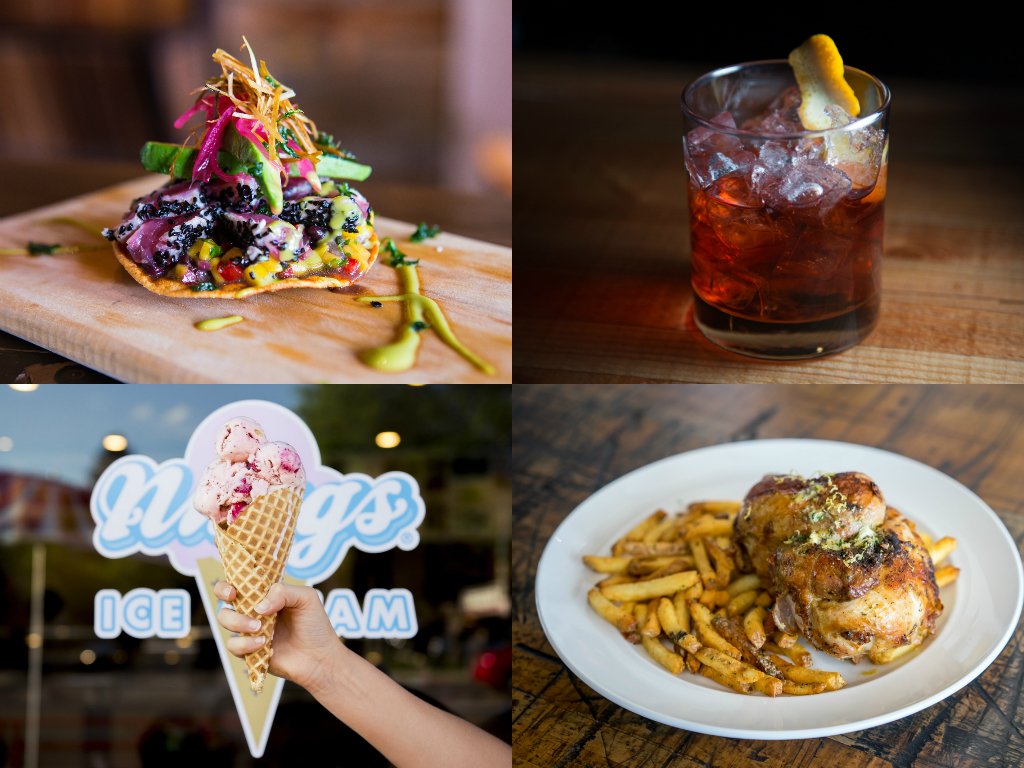 MM: Food writing itself has also changed a lot in recent years with an influx of bloggers and expanding coverage of the dining scene in local publications. What makes 303’s food coverage distinctive?

BW: Our photography. When I first started writing and editing for the magazine, it was common to see cellphone and stock photography as the main source for imaging in digital publications. The Food Desk has always known that was not the way we were going to do things. For the last several years, we’ve worked closely with our incredible photo team to make sure that almost every single article has stellar photography. We believe that just because it’s on the web, doesn’t mean it can’t retain the quality of a print magazine. I think our readers have come to appreciate that.

MM: In 303’s Ten Year Anniversary issue, the food desk looked back at Denver’s most influential restaurants of the previous decade. What important insights did you gain from working on that article about the city’s culinary development so far?

BW: As a writer and an editor, it is really important to understand the roots of any topic you’re covering. So putting together Denver’s most influential restaurants was a great way to dive into the history of the city’s dining scene. What we learned was how many of today’s top chefs have some connection to the restaurants we chose for that issue. It has put a lot of our coverage into context. 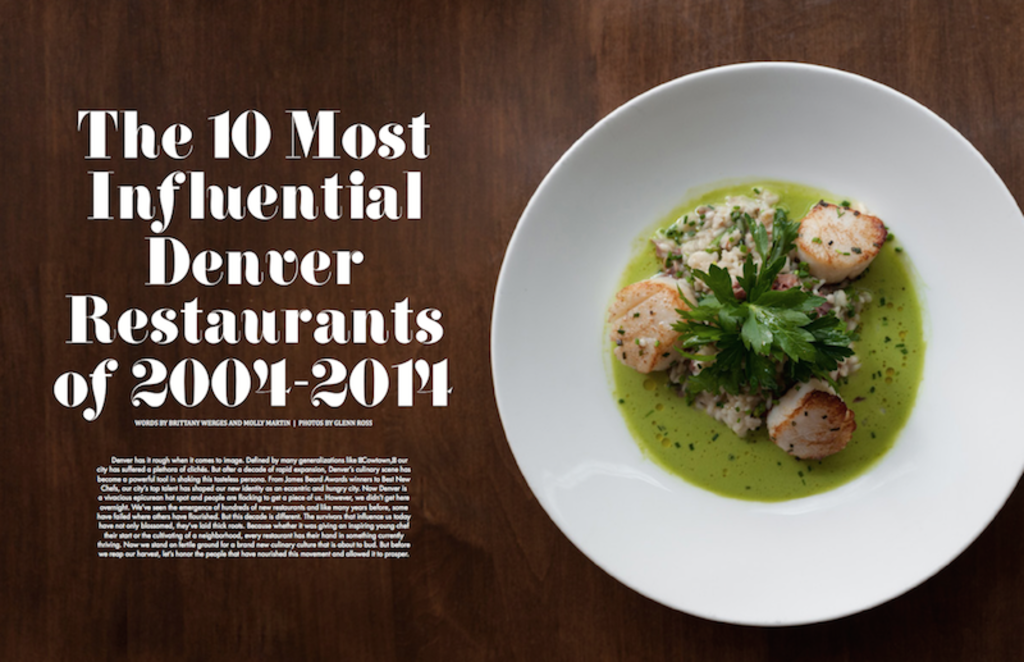 MM: This year, we’ve already seen a ton of new restaurants open with even more slated for the rest of 2015 and into 2016. What developing trends do you think will make a big impact on the future of Denver dining?

BW: I think the idea that “farm-to-table” as a restaurant descriptor will fade because— especially in Colorado, with the prevalence of restaurant–operated farms—so many chefs understand that’s how people should eat, and it’s not merely a trend. Also, it’s been a long topic of conversation that “fine dining is dead.” I believe there’s a lot of weight to that argument, because we see more and more restaurateurs and chefs opting for increasingly approachable concepts. So it’s likely there will be an increase in “fast-fine”(chef-driven, fast-casual restaurants) because the fast-casual model has proven to be wildly popular in our state, and many of these companies show you don’t have to devalue your product to make it more accessible. After talking to a lot of chefs, I think accessibility is not a trend but a paradigm shift. Many of these chefs do what they do because they love to feed people and traditional fine-dining, from price point to a misconstructed notion of intimidation, ultimately puts up a lot of barriers.

“There’s a level of care and craft that runs incredibly deep in Colorado. It makes for an exciting, rewarding (and delicious) time to be a food writer here.”

MM: In the last few years, local chefs and restaurants have started to get more national attention. What are some of the defining elements of the Denver dining scene and how does it compare to the country’s top cities for dining (like New York, Chicago, L.A., Austin, New Orleans, etc.)?

BW: I am a Colorado native and have spent my time as a writer covering the Denver food beat, so my knowledge and understanding of other city’s food scenes is not as robust. However, when it comes to our food and beverage industry I am continually astonished by the level of dedication that goes into every dish, drink, and product. Because it’s likely that if you stop by your local coffee shop, you’ll find that the beans were roasted in house, and the owner—who might be taking your order—flew to Guatemala and met the farmer and helped harvest the coffee beans himself—and he has photos. Same goes for the whiskey you’re drinking (just ask Al Laws or Todd Leopold), or that pork shoulder you just bit into (see Blackbelly) and even that slice of cheese on your sandwich (translation: Mercantile Dining & Provision). There’s a level of care and craft that runs incredibly deep in Colorado. It makes for an exciting, rewarding (and delicious) time to be a food writer here.

Join us tonight on August 27, to celebrate our 11-year Anniversary. Buy your tickets here.