Your UMS Road Map Part I: Thursday and Friday Acts

Underground Music Showcase is almost here and we couldn’t be more excited about this year’s roster. The number of local and national bands that will be cramming into bars and venues along South Broadway is rather daunting, especially when it comes to making your festival schedule. Our advice is to lay back, relax and let us do the heavy lifting.

As a seasoned UMS veteran, I can vouch that the four-day event really is a marathon, not a sprint. So maybe stick to beer for the first night, lay off the late-night scream sessions and get some rest, because you know you have three more days and nights.

While it’s sometimes typical to find drunk music lovers napping at the 30 pizza joints dotting south Broadway, or leaning against the outside of a tattoo shop, fighting the urge to sleep right there, this is not a good look. My advice is stay hydrated (it’s going to be hot), wear your most comfortable footwear and be sure to eat throughout the day. Tacos, pizza and food-cart fare are abundant.

Okay, now it’s time to map. Get your UMS app ready and get to scheduling, 303 Magazine’s got you covered.

Sink into your weekend at UMS with an ultra-cool jams of Box Car Eddy. The old-time feel of the vocals and melodies will transport you to a simpler time, when sipping a pint of moonshine on your front porch was all the rage. The Americana edge gives an easy listen, all harmonica, bluesy guitar and strong female vocals, so you can ease into a reverb-packed four days.

Assisting in the kickoff of the beloved South Broadway festival on Thursday night we have Input, a Denver based rapper of excellent talents. With his rhythmic beats and demanding lyrics, Input has created a loyal local following among his fellow Mile-High Hip-Hop heads. A member of Fameless Entertainment, which also boasts the likes of Abstrakt, DJ Gatsby, and Broken, Input has earned himself renowned international recognition with genuine artistic integrity. With several albums and many separate collaborations under his belt, including Bombs Over Everything with Atlanta based producer SupaHotBeats, Input brings the Underground Music Showcase an experienced yet freshly elite set of Rocky Mountain rap. Input’s set is at 9PM at the Eslinger Art Gallery.

Stay put in the gallery. Remember, you’ve got a good amount of walking coming up this weekend, so save those toe-muscles some unnecessary strain. This up and coming DJ will put on a fun and energetic show for anyone willing to get a little weird. With the use of pitch-shifted samples, frenetic percussion and warm, buzzing synths, Bollywood Life is a delightfully quirky alternative for fans of dance music that are wary of typical EDM formulas. Even when you take into account his eccentric style, the most surprising aspect of Bollywood Life is not that he makes unpredictable dance music, but that he only graduated high school last year. 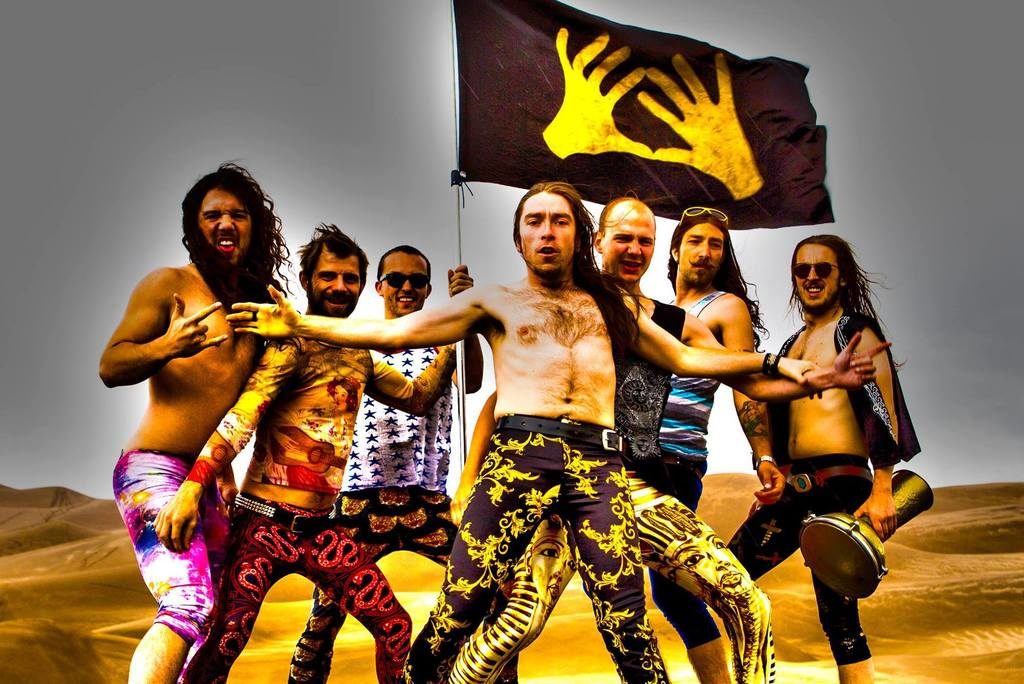 Now you’ve settled into your UMS groove, it’s Friday night, you might’ve just gotten paid and hell, tomorrow you’ve got nothing to do but sleep in and start all over again. It’s time to up the stakes with Rowdy Shadehouse. Now, if the thought of grown men ceaselessly gyrating in printed spandex makes you uncomfortable, maybe you should meet your great Aunt Mildred for tea instead. But if sex-fueled lyrics, sensual dancing and bare chests are your thing, Rowdy Shadehouse is the band for you. The musky scent of sweat cascading from the necks, foreheads, backs and arms of the band members is oddly intoxicating, as brass instruments pierce through the atmosphere. And once you’re good and revved up, you can hop on Tinder and try and find yourself a late-night cuddle buddy. 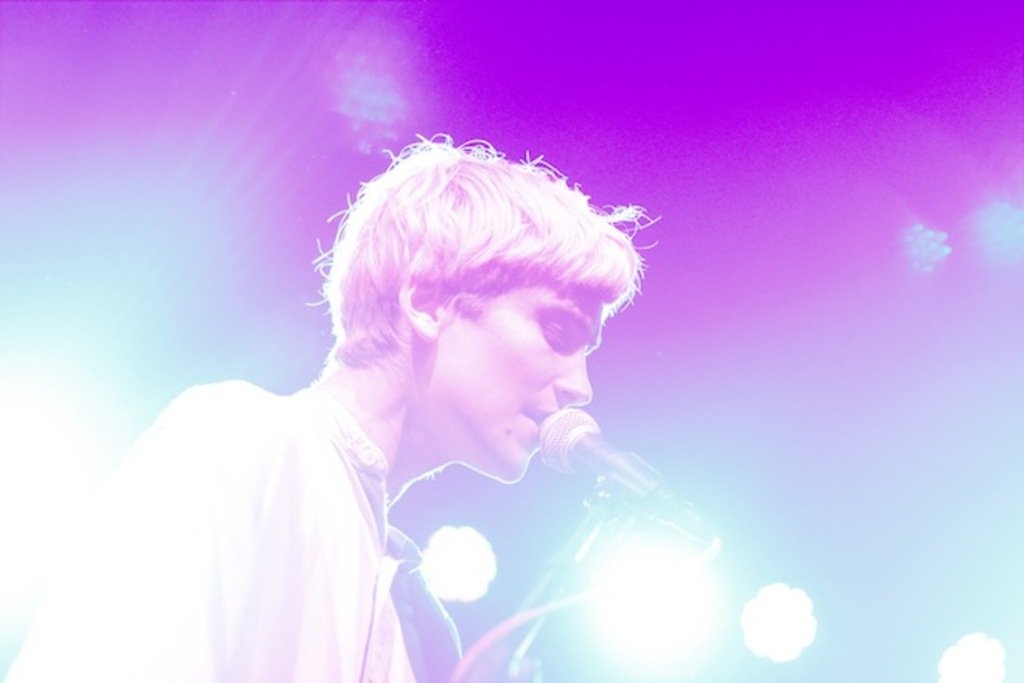 Perhaps the hottest band to play UMS this year, this Brooklyn-based act toes the line between dream-pop and post-punk with a hint of shoegaze thrown in. Repetitive song structures and groovy melodic guitar work washed in reverb is what make DIIV click. The band should be performing plenty of unheard material from their upcoming Is the Is Are, their 2nd album which is slated for release in late 2015. Maybe we’ll even see an appearance from lead singer Zach Smith’s girlfriend, Sky Ferreria!

Perhaps the Main Stage is a bit crowded and you’re looking for something more…intense. Another Friday night act up for the ear feast of the weekend is Denver based band LSD Bags. A UMS veteran group, dead-set on their 70’s rock appeal, this group sports bare chests and flowing locks. Their tunes are catchy and fun, while splashing over an obvious mesh musical talent. The group brings the Denver scene a comical yet fierce capacity in musical ability. With lyrics like, “when you think about me/ do you want to hurt yourself/ it’s ignorance you’re bleeding/ well you ought to bleed that out” along with a few “hey’s” creates a sound that will bend the decades and leave you pondering the year in which you are hearing the group that refers to themselves as no hype- all substance…abuse.

We can’t have a must-see local bands list without The Other Black. The soulful sound of over 20 musicians (yes, you read that right) on stage is something pretty spectacular. You might think their sound would be jumbled beneath all the musicians vying for attention, but the members of the band each know their role and they play it adeptly, collaborating right when necessary for a beautiful, crisp sound. The vocalists harmonize for something that weaves together to open the airwaves of your soul. Take your ears back to the good ole days of jazz, Motown and disco where having 10+ on stage doing their thing and coming together like a human centipede traipsing through the musical mire with passion and grace was a normal occurrence.

Andy Hamilton and the Whiskey Hitchers – 12 am @ Skylark Lounge

Moving and grooving Friday night into the third day of the Underground Music Showcase, comes Andy Hamilton and the Whiskey Hitchers. A group that was formed to bring the world a more classic country sound than the members, and probably you, are used to hearing. Having only been gifting the Denver area since early 2014, these cats aiming for a traditional sound definitely nailed the look. With a beard halfway to a pair of strumming hands, a bolo tie wrapped around the crooning neck, and a name like Whiskey Hitchers, this group definitely screams Rocky Mountain Country. Check them out for yourself at the Skylark Lounge at 12AM.

By now, your feet are aching something awful. But, hey, you’re already at Skylark, so why not stay for just one more. This is a can’t-miss performance for those of you planning on staying up late during UMS. Versatile enough to appease both dancers and relaxers, Dragondeer’s psychedelic, folky take on the blues couldn’t be more perfect for an early morning show at a dive bar. If you’re worried about not catching enough sleep, remember: it’s a music festival. You’re supposed to be exhausted.