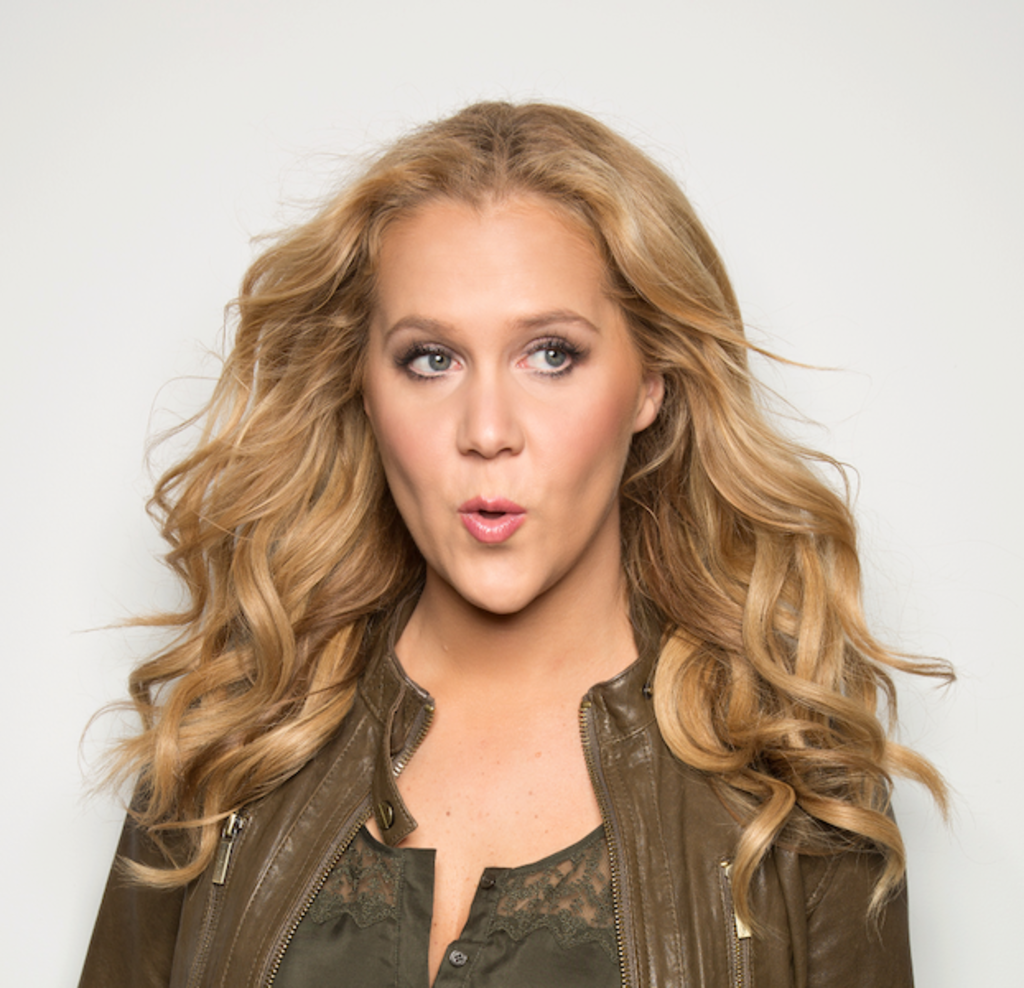 Amy Schumer is probably the most vulgar comedian I’ve ever watched. She talks about sex and the naked human body as if she was having a casual dinner conversation. But after meeting her in person and seeing “Trainwreck” (written by Schumer, directed by Judd Apatow), I now know that Schumer isn’t just a vulgar comedian – she’s one of the most talented people in the comedy and film communities. 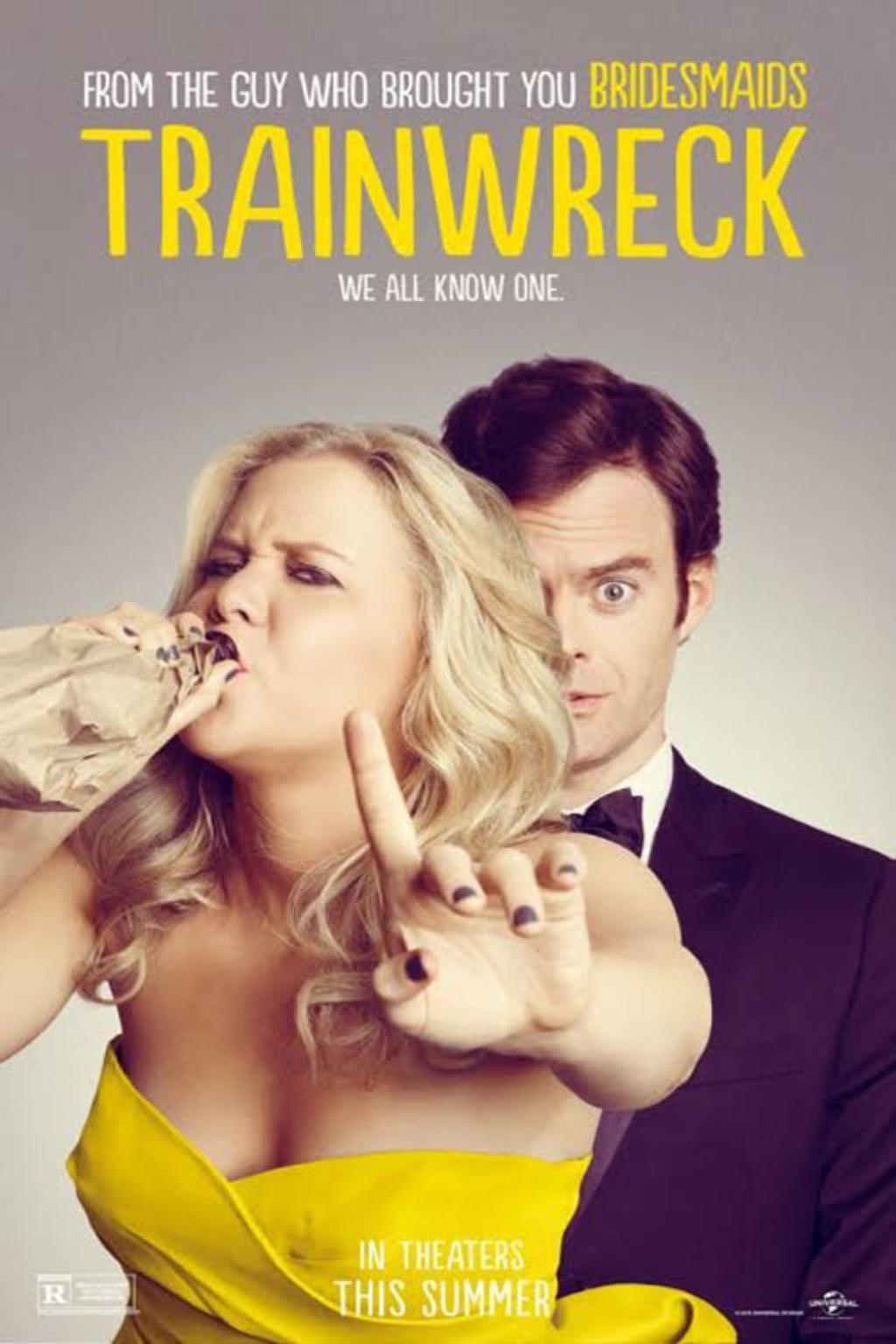 I was standing in a hallway inside the Four Seasons Denver and I could clearly hear Amy Schumer’s voice in the room next to me. Waiting anxiously to interview Schumer, I was trying to come up with the most interesting questions that would meet this hilarious, yet raunchy comedian halfway. “What’s the best part about having a one night stand” or “Tell me about your worst sexual encounter” came to mind, only I didn’t want to actually ask her any questions about sex because, well, at that point I knew more about her than that she just likes to talk about sex.

In her first feature film, Schumer plays the leading lady alongside Bill Hader (and even John Cena), as her love interest. She’s a late-20s to early-30s “train wreck” of a woman, not paying too much attention to the men she’s sleeping with, until one of them really falls for her and she wonders why/if she’s falling for him, too.

When explaining this film to my friends, I’d say that it’s basically if “Bridesmaids” was more about love than friendship, and the hardship of having a baby in “Knocked Up” was like that of falling in love in “Trainwreck.”

After having watched the film, then being able to talk to Schumer about it side-by-side, there were about a million questions I wanted to ask her. But instead of coming at it like a film reviewer, I wanted to be her best friend in that moment, high-five her and ask what it was like to write and star in this film that is making a bigger impact on the film industry than one thought a romantic comedy would.

Plus, Schumer is probably the sweetest and most genuine ‘celeb’ that I’ve ever interviewed. Read what it was like “falling in love” with Bill Hader, if the train wrecks in the film were based on real ones, and why loving your body will get your farther than covering it up.

Interview with Amy Schumer of “Trainwreck”

What is it like to have all this talent (Hader, Cena, LeBron James, Apatow) apart of this project that you wrote?
Amy Schumer: It’s so weird. It was weird for me to be making a movie, and to be like…I’m having trouble pretending this is normal. You know what I mean? The cast and I would walk to set and there’s paparazzi everywhere, and it was just totally surreal. But I just kept myself very small in my mind and tried to find gravity in the situation. I feel so comfortable on my TV show (“Inside Amy Schumer”), and I think also having the people I’m close to around keeps me grounded. You can’t put up a front and have your sister there who’s telling you “shut up bitch.” So, yeah, I’ll never get too big for my britches.

Bill Hader plays your love interest. There’s so much good chemistry between the two of you!
AS: Thank you! Yeah, we hit it off like crazy. My sister and I kept saying how much he looked weirdly like our brother and there was just such a fun, familial vibe, like trashing each other and telling jokes and that kind of shit. It was the best – I really loved it. I feel very, very lucky. He was very sweet about it being my first movie. He was really patient without being patronizing. 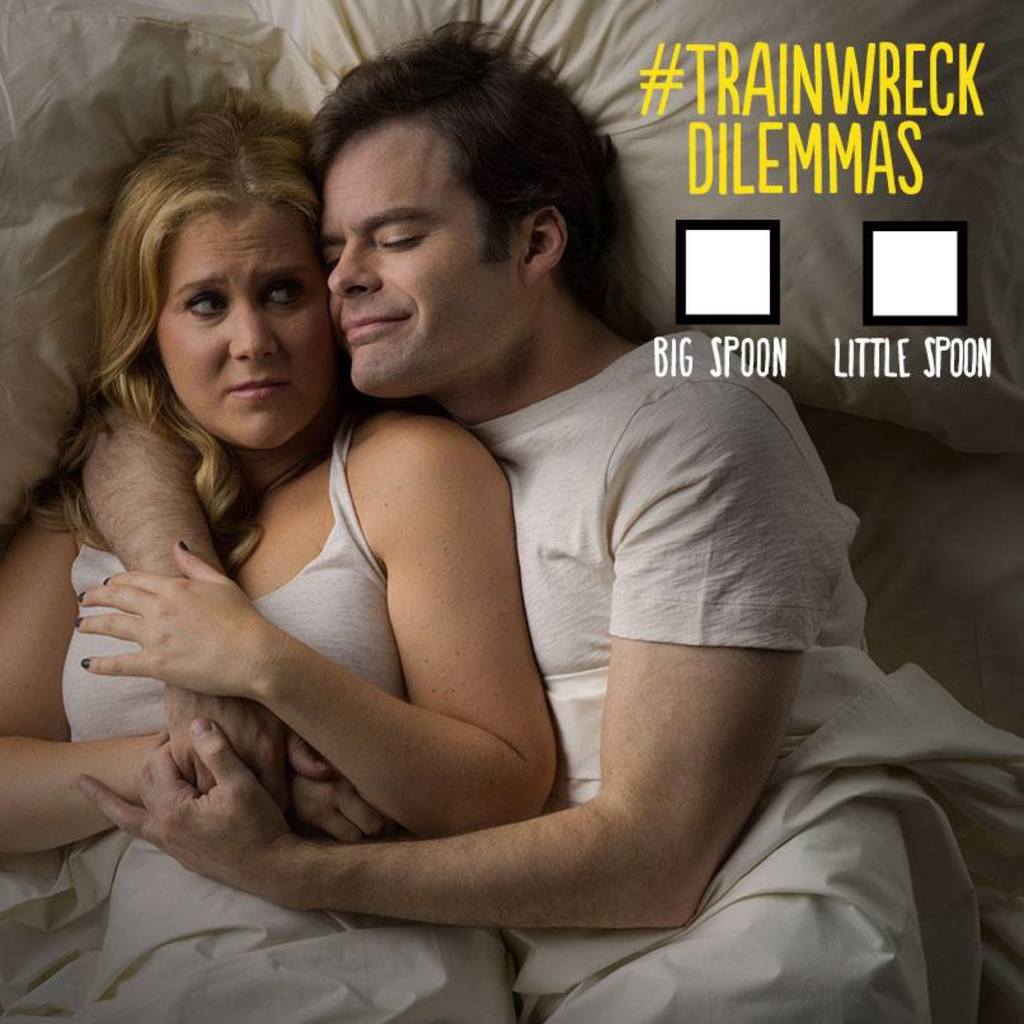 So tell me, are any of the train wrecks we see in the film playing off of stuff that’s happened in real life?
AS: Oh, hell yeah. That scene where I’m high and get caught by my boyfriend – that’s 100% from real life. There’s a lot that’s really close to home in this movie. And then, you know, some parts that are super embellished, cause why not?

So I watched you on “Ellen” recently and of course in the movie. You’re always talking about your body and making fun of yourself, but how do you empower yourself to go up against all of that?
AS: I think I just have a good sense of knowing that it’s kind of just pounded into our heads that we’re all supposed to look like “this” and “this is right and everything else is wrong.” And only, like, two people actually look like that and they’re not even happy. So rather than me becoming something like that, I’m like, why don’t I just start enjoying my life and be healthy and be like, this is it. And some days, I wake up and look in the mirror and am like, “so I’m a monster…” But most of the time, I’m like, yeah I don’t wanna lose a bunch of weight and then meet a guy and be like, “now I have to keep this going on?” So this is it, and this is what it’s gonna be. If they want to cast the most beautiful girl in the movie, that’s not me. But rather than trying to be what other people want, I’m just trying to be what I want. But I’m also self-deprecating because of how I feel. Like at the movie awards, people put up the whole “our favorite outfits” thing, and I’m next to Emily Ratajkowski or whatever, and she’s got a lot going on. And people were like, “We like both their dresses!” and I’m like, what? You do? Or in the music video I made with Amber Rose, we’re both in the same matching outfits, and I’m just like, fuck it, this is it. 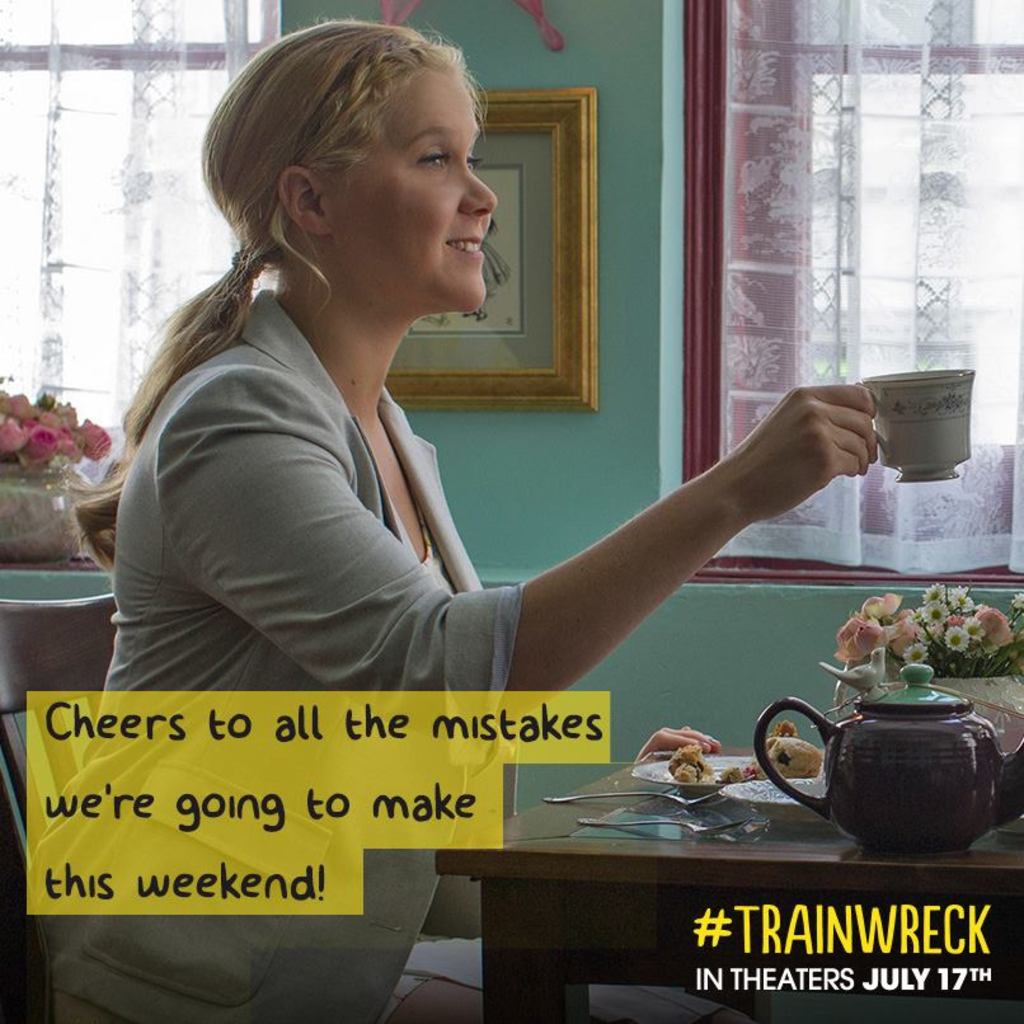 I think it’s so important that you’re that relatable. I think that will take you really far, too.
AS: Well thank you. I hope so. We have a scene on the TV show called “I’m Sorry” and it’s just about how as women we’re made to feel like… “I’m sorry, I’m going to the gym” or “I’m sorry for being sorry.” Even the first week or so on set, I’d go up to someone and be like, “sorry, but I think that…” and then eventually I’d go back and be like, no, and walk up and just say my piece without the “I’m Sorry” in there. It’s all about just empowering yourself.

I like the style a lot in the film too, tell me a little about that.
AS: Yeah our costume designer on the set was amazing. She did “Clueless!” I was always like, “Hello? You did ‘Clueless?’” She actually helped me a lot, actually. We’re starting a charity together, which will teach girls how to dress for their body type and work with local Salvation Armys to help girls learn how to dress. Because I still don’t know. And she once told me that clothes don’t actually fit anyone. She said the only person she’s worked with where clothes would work like they would on a mannequin is Rose Byrne. Everyone else is feeling like there’s something wrong with their body, but it’s like clothes aren’t really made for us. So to have her help to teach me what’s meant to hide things and what’s meant to accentuate things, it’s really empowering. Because both my sister and I tend to really dress down and it’s mostly a confidence thing – sort of trying to take ourselves out of the game. Like, I’m just going to wear a garbage bag so no one can look at me and judge me. And then Lisa came and empowered me and would say, “No, you deserve to feel pretty in that dress and show the parts of your body you like.”