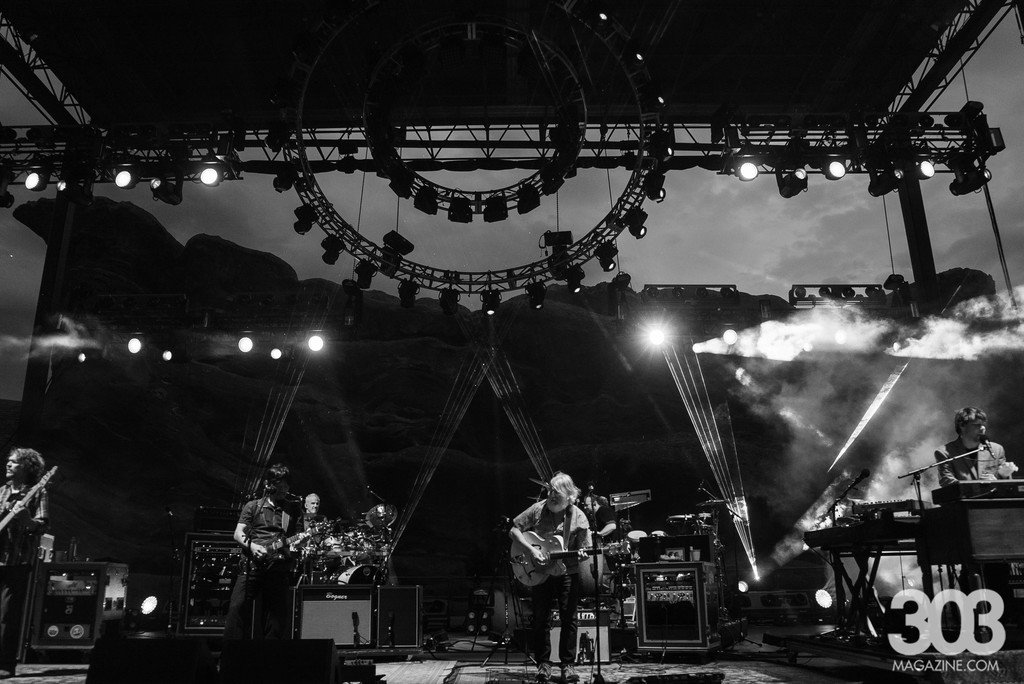 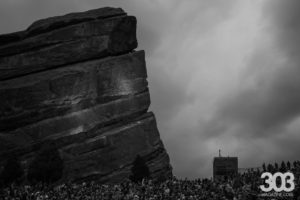 It is late July, so it is time for the annual three-night run of the String Cheese Incident. Having played the last few years, typically selling out each night, they indulge the crowd with the same rage-tastic songs that will stand the test of time as Cheese favorites.

The three-day spectacle began on Friday, July 24th, with plenty of rain, shine and dancing of all kinds from the fan base that rules the jam band world. The ever-wonderful Red Rocks once again embraced the crowds and hoisted up the sounds of Michael Kang, Michael Travis, Keith Moseley, Bill Nershi, Kyle Hollingsworth and Jason Hann. 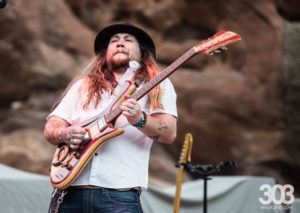 The group allowed the musical styling’s of Twiddle to kick start the evening for them, which proved to be an excellent decision as the seats of the large amphitheater began to fill with eager fans ready to get their groove on. Twiddle made fantastic moves as the opening number of the trilogy of 2015’s Red Rocks showcase of the Cheesy Incident. After their initial jams, the break took over the heads of each participating member, and those in their decided areas of the evening escaped off to the bars for beers and food until the main sight of the night gallivanted to the iconic stage. 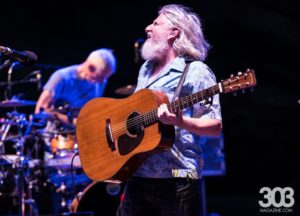 Once they did, precisely at 8:35, and 5 minutes after the estimated set time, there was the String Cheese Incident, yet again decorating the stage of the century, kicking things of the evening off with “Dudley’s Kitchen.” The jam went over well of course, which overflowed into an amazing rendition of “Let’s Go Outside,” which always seems to sounds that much better while, in fact, being outside.

The good times didn’t end there; Cheese did an unforgettable “Climb” into “Outside and Inside,” which garnered an audible appreciation from those in the audience. 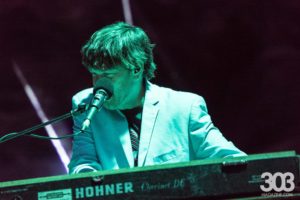 “Look at Where we Are,” “Big Shoes,” and then a “Just One Story,” into “Whiskey Before Breakfast,” into “Can’t Wait Another Day” took the moving and grooving and loving kind of feelings into a well deserved set break of correlating meet-ups, grabbing fresh beers, racing to the restroom, and for some, just a nice break take a seat and enjoy the scenery for a bit. Once one, a few, or all of these tasks had been met with achievement, the anticipation again rose in the air, almost as high as the stunning rainbow over the skyline of the great city of Denver was hanging,

The cult-favorite ripped open a second set with an absolutely delicious cover of the Rolling Stones masterpiece – “Sympathy for the Devil”, which left no Cheeser unsatisfied, as Cheese covers are half of the fun. “On the Road,” “Way That it Goes,” Best Feeling (which rocked gleefully into “It Is What It Is” and then “Black Clouds,” solidified another solid set of the seven or so more sets expected of the weekend.

And thus, another set break was released in full force, although this time, the stage remained quiet for a much shorter period of time. 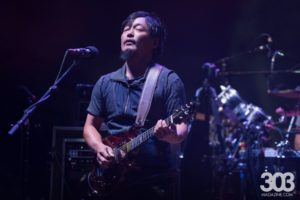 The curtains of no live music rose again, and the band took stage yet again, for the third time in one evening, and not even half of the times they would over the next few days. For an healthy serving of encore, they heaped out Smile all over all that could still find the energy to participate. As the fan meandered down the stairs to venture home, there were many discussions on songs rejected to be played the other nights, who-of-who’s friends really messed up by missing the show and a few who were quietly cooing the performance to themselves. All-in-all, a successful and typical String Cheese at Red Rocks weekend kick off.