The Friday Experience: Harry N. Maclean – The Joy Of Killing – A Novel

Art is expressed in many forms. The ability to express one’s art in the form of words is an art practice that can truly take its audience on a thrilling adventure. Harry N. Maclean is one such artist of words whose latest book; a fictional novel, The Joy of Killing, is a riveting dark tale that draws the reader in and unnervingly choke holds your attention through to an unexpected conclusion. 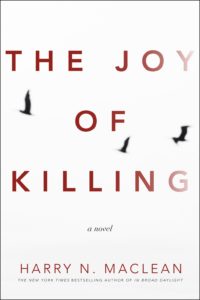 The Joy Of Killing by Harry Maclean – Award Winning Author

Once a successful lawyer, Maclean has taken on a new challenge with his current novel. “I would say that I had in mind for this story, readers who were interested in a suspenseful yet perilous journey through a slightly twisted and perhaps violent mind,” states Maclean. “I hope the novel challenges and perhaps even unsettles some readers, that it might leave a few unfamiliar thoughts or feelings lingering in their minds for days or even weeks after they’ve set the book down.”

Maclean is not new to the book writing field, however, this book is quite different for the fact that it is not within his usual book writing realm.  “I’ve had considerable success with non-fiction crime books, In Broad Daylight, Once Upon A Time, and The Past is Never Dead, but I always wanted to write a novel. A few years ago, I was talking to a close friend about touring small towns in the U.S. and collecting stories of bizarre, unknown crimes,” explains Maclean and continues “every town has at least one, and when he suggested maybe it was now time for fiction, I was pulled immediately in the direction of a psychological thriller.”

“There’s a saying in the publishing industry: you’re only as good as your last book. This might not be true for Stephen King and John Grisham, but it is true for the rest of us writers, particularly in this difficult publishing world. I’m very fortunate to be able to take as much time as I want on a book, rather than having to bust one out every year.” 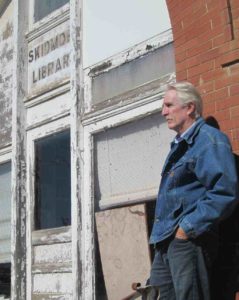 It is true to be said that artists have a place, a studio or location that works best to set their mind free and this is what keeps them sane. “It may be obvious, but I would have to say “writing” is what keeps me sane. The creative process, particularly in fiction, when it’s working, involves a shift into a transcendent state where the cares and concerns of the outside world cease to exist. Unlike many writers, I’ve never had writers block,” smiles Maclean. “Oddly though, my favorite place to write is not in a cabin in the wilderness, but at Starbucks. I feel alone and capable of intense concentration, at the same, feeling the presence, the sounds and movements of other human beings.”

There are challenges no matter what field you head into; it is how you approach these challenges that make you good at what you do. Maclean states that “combining the active imagination necessary to carry a suspenseful plot and good character development with the discipline necessary to keep the plot under control and within believable boundaries. Readers will drop off if you get too far out or the characters act out of tune, but they will also drop off if it becomes too predictable.”

Maclean believes that some of the rewards to being a writer is “seeing your name on the cover of a book and knowing that all that lies inside somehow sprang from your mind. Watching your skills with words and images grow and sharpen. Also, I’m greatly intrigued by the notion that stories and scenes I’ve written now exist in the minds of readers. It’s a humbling thought,” Maclean pauses and continues “I do have a few pieces of advice on writing: try not to imitate writers whom you might admire, but find your unique voice; be prepared to throw everything out and start over numerous times, attempting all the while to remain sane; and finally, read Bird by Bird, by Anne Lamott.” 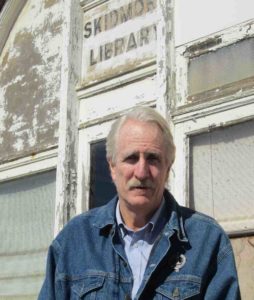 “I didn’t uncover a fiction voice until late in life. “Write the way you talk to me,” the friend said. And there it was. The conscious construction of sentences and scenes is much more work than simply turning on the flow, Arthur Miller once said, “No surprise for the author, no surprise for the reader.” The ending of The Joy of Killing was a surprise to me, as I hope it will be for the reader.”

For a complete listing of all Maclean’s “Talk and Sign” events visit www.harrymaclean.com. 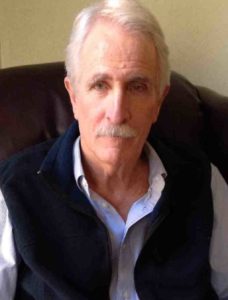 In closing, there were several questions yet to be answered from this esteemed literary; where do you find your inspiration? “Life. We act like life makes sense by developing our narratives, which become our own truths. I am always tempted to poke through the narratives, yours and mine, to see what else lies behind. The fact that I keep turning up new illusions makes me only more determined.” What is your philosophy for life? “Everyone has their own song to sing. Through the expression of it you will become who you are. Soften the voice of criticism in your head, try to accept others as they are, life is what it is.”

Experience culture as unique as it is within the pages of an open book. Thank you Harry Maclean for your inimitable perspective and tantalizing subjects.