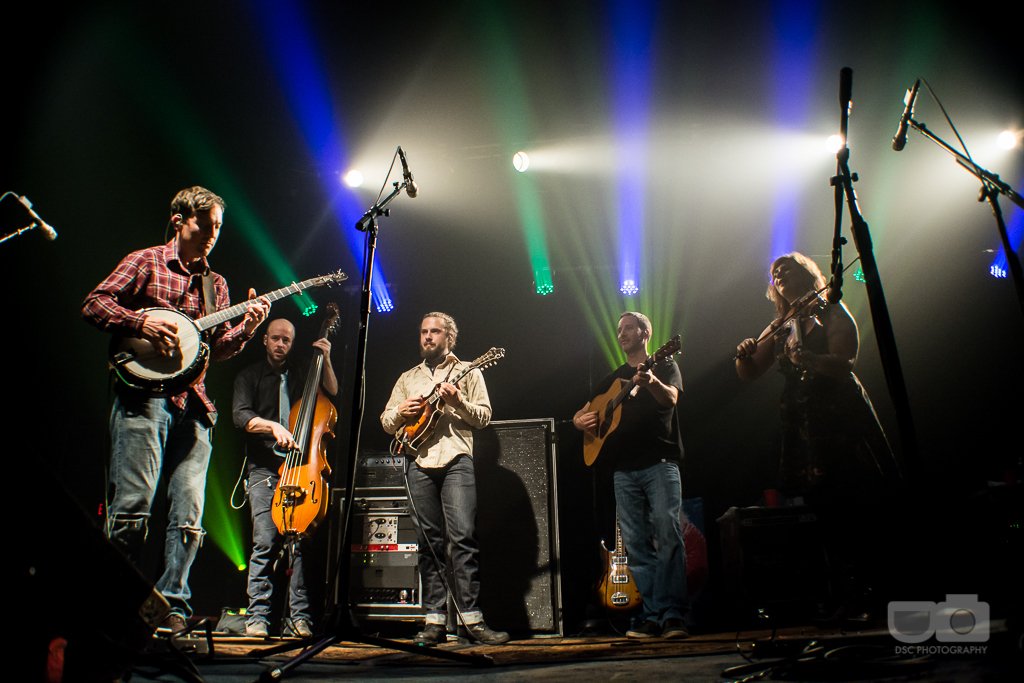 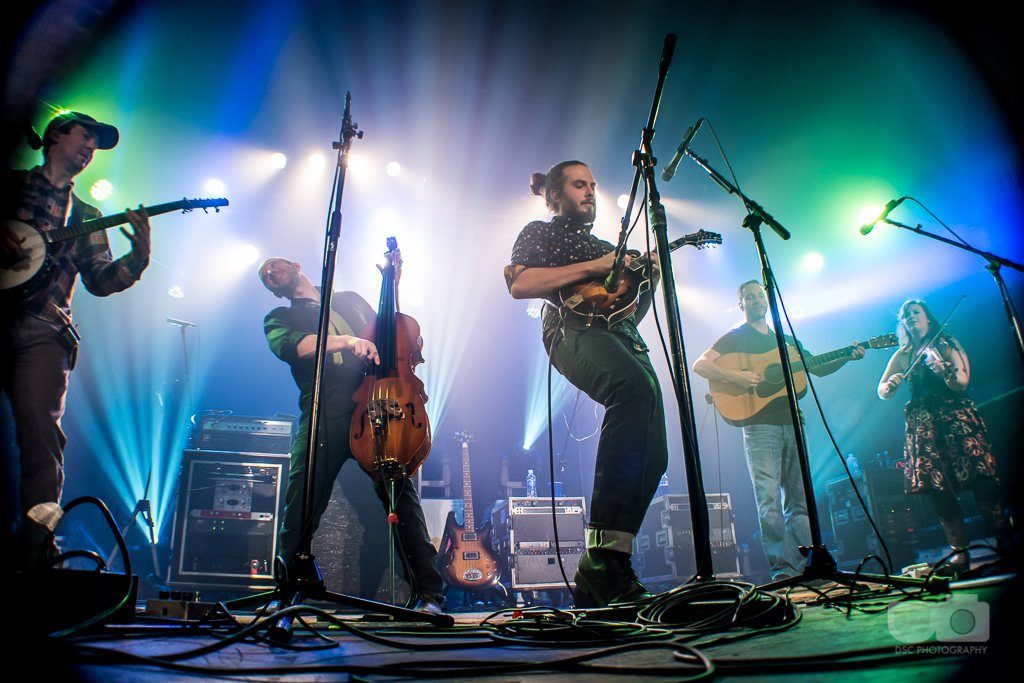 For seventeen years the Yonder Mountain String band has been gracing the Jamgrass world with consistent, quality music. Being a a house hold name of their genre, the group has definitely solidified themselves as a staple at any tour or festival. Having all of these achievements under their belt, the past year has presented the group with a few large changes, which the band has taken on in full as an opportunity to showcase their amazing heart and talent.

303 Magazine got to chat with founding member Ben Kaufmann. See what he had to say about the new album Black Sheep, the upcoming Red Rocks show, Telluride Bluegrass, and more.

303 Magazine: First off, it has been a few years since you have come out with a new album. How does it feel having a new album out again, something that people are hearing for the first time?

Ben Kaufman: Oh, so incredible. We just could not get a record out, I think it had been six years between this record and the last one. Honestly, there was a period of time when I didn’t think we would make a record again, and that would have been a bummer. Making this record be such a priority, we learned so much about ourselves and also the two new members of Yonder Mountain while we were in the studio. We had this great studio environment to really see where everybody’s instincts were. One of the things that we all sort of realized again is how incredibly exciting and satisfying it is to make a studio recording. It gives you the chance to explore things musically that you just don’t get to do when everything is live and in front of people. There is so much creativity. I have a three and a half old boy, and in these books I am reading, there are sort of these milestones, these moments when you have great leaps, advances in the child. They go from not being able to sit up on their own, to standing, walking, making first words, and I think going into the studio, as a band, gives you the opportunity to come out with some pretty major growth.  As thrilled as I am to be apart of Black Sheep, because I really do think it is the best album I have ever been a part of, I think it is the best album Yonder has ever done, but I also think that we’re just getting started.

303: What is something unique that happened during the recording of Black Sheep?

BK: Well, every album is different. For example, some of Black Sheep was recorded in a hotel room, somewhere along the road in Indiana or, I don’t know where. Just a mandolin solo, or whatever part it was.

Could you describe your typical process of writing?

BK: The way I have had the most success has different stages to it. I have a lot of success when I have the house to myself, and all of my instruments are just laying around me. I pick up one of them and walk around playing it, while just sort of making noise. Just sort of take the freedom of space to sing loudly and not necessarily about anything. I can get a good start there, at least get an idea. A lot of times too a spark will come off of instruments. I can get an idea from being in my garden, or even vacuuming. The vacuum has this sound when you turn it on, and I might sing to the pitch of that noise, and boom you have a melody. Or a lyric idea will pop in my head, I know I have a good one if it keeps popping up. Then the hard part is, for me anyway, is sitting down and making the final product. Lyrics are something I definitely agonize over more than anything, the melodies of songs and the chord progressions come pretty easy, but finding something that I want to say and then saying it right, is tricky. I don’t want it to just be some throw away thing. Making a record is a just good excuse to write songs. Which is the best part of all this, to write original music. Sharing the stuff that we write.

Are your lyrics normally based on real things? For example, do you know a real Annalee?

BK: I don’t know anybody by the name, but that is definitely a true to life experience. That song was ten years in the making. It took me knowing that it was going to be on the record to finish that song. I couldn’t wrap up the last verse. I needed to bring it all home, and it took forever. You can’t force it, and fortunately it came together.

Our banjo player Dave Johnston has the solid writing process. He has on-instrument song writing time. I look to him as an example of how to do songwriting. Every day, he gives himself thirty minutes of time to just write. Dedicated writing time for music. That is how I think you’re supposed to do it; you have to write every day. Every day. I also think it helps to read how other people put words together. 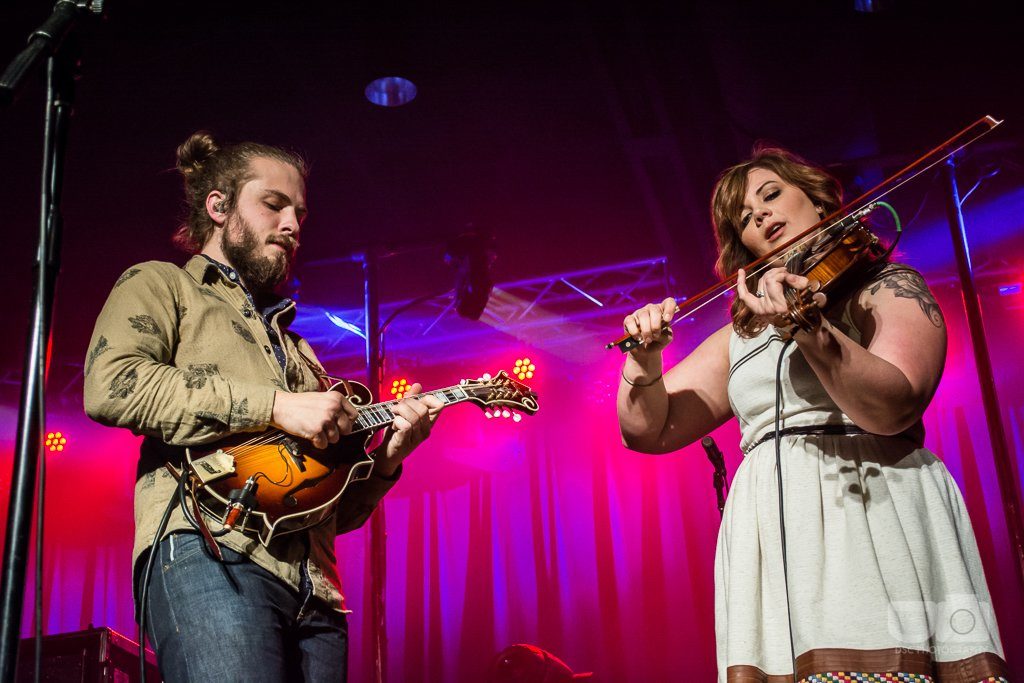 BK: That was so awesome. We have been blessed over our career to work with some really talented people. We are all quick studies, and we really are paying attention to our peers and our betters. It started with Sally Van Meter on our first record. To watch somebody who just has such a great ear for sound and tone, and to teach us with our instruments to put things together and steer us in the right direction.

We also got to work with Tim O’Brien who, again, as far as tone goes; you can’t find a better singer than Tim O’Brien. He is also sort of a hybrid musician because he plays traditional bluegrass with a twist, and that has always appealed to us. Tim has made a long career out of doing that. Then we got to work with Tom Rothrock. That really blew up the box, we went, “Okay, there are no limits.” With him, on.. I think it was the self-titled record, I remember it became obvious that we’re going to put in some drums! Years and years ago, Tom thought it would be cool if we would bring a kick drum out on stage and play it. We thought it was silly, and the next thing you know, there are all of these bands out doing just those things. He sees the future. We learned a lot of things from him, namely that we could do whatever we want, that there is no limit. We knew from the beginning that we were producing this album ourselves, and no one knows our sound better than us. We knew from the beginning that this was a big test that we had to get right. It will remain a very important record in our career, and we were intimately responsible for the sound of it. Honestly, I could not be any happier with the record, and in my opinion, it is the best record we have ever done. From start to finish it flows, it shows a cohesive album with multiple lead singers. It is so much fun having ourselves be responsible for the process.

Are you excited to play the new album at Red Rocks this year?

BK: Totally. Well, Red Rocks is the best, you know. There are stages that we perform on across the country, and on these stages we have what I call a command performance. Where you come out and by the time you are done, you have made it your own. You have had a command performance. One I am thinking of in particular that happened recently was our performance in Telluride at the bluegrass festival. That was easily the best performance that we have had on the main stage there. After fifteen or so years playing on that main stage, was one where we left the stage and said, “yep, we did it.”

Now, we are bringing that energy to Red Rocks. In the past year, so many things have come into alignment that I haven’t felt before and that I have unknowingly been longing for. We have been having performances come into alignment and deliver what feels like a command performance. There is no doubt in my mind that by the time we leave that stage, we will have made Red Rocks our own. I just get such a kick out of the fact that a bluegrass band born out of Nederland, Colorado, will have this night.. this night where Red Rocks is going to be ours. It really is the best venue in the world. 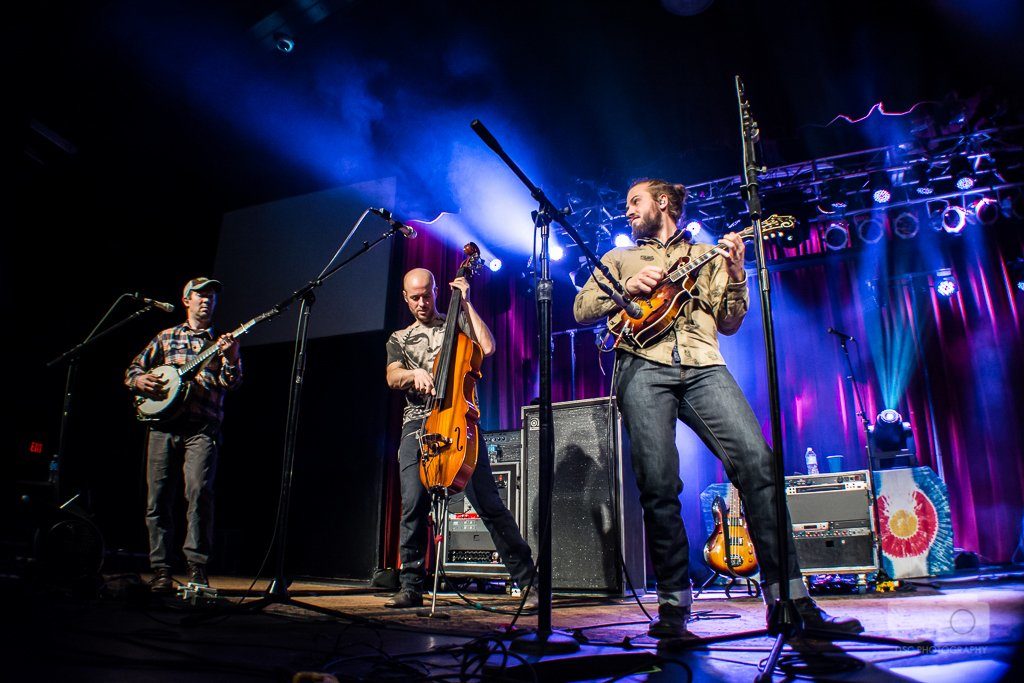 Do you have a favorite memory or performance from Red Rocks?

BK: I can almost guarantee it will be this year. Red Rocks transports you outside of time. It is a wild thing. It is a magical venue, and you have to be solidly there. When you leave there is nothing left behind, there are no words, but more of a feeling. With everything that has come together for us this year, yeah, I think it will be this year.

Are you excited for the loaded lineup you are playing with at Red Rocks this year? Can the crowd look forward to any special guests or collaborations?

BK: Yes, both of the bands are amazing in their performances. I can definitely say we have all been communicating, and will continue to, for the various performances and a great collaboration for the encore. We will be communicating the best material, because there really is a right answer. I think the show will itself will be a buildup to a powerful performance.

22 Unique Things To Do in Denver This Weekend