3 Renegades Who Remade Fashion in the ’90s

It’s no surprise that recent fashion trends have fallen under the spell of 1990s fashion. Between last year’s “normcore” trend, to the reopening of Limited Too, the ’90s are slowly making its way back around the fashion cycle.

The ’90s were a period of rebellion and experimentation. The fashion norms were challenged and the faces changed. Marc Jacobs, Alexander McQueen and Kate Moss were just three of the influential people who changed the fashion game and heavily influenced how fashion was to proceed in the future.

Their triumphs in changing the fashion game are documented in the book “Champagne Supernovas: Kate Moss, Marc Jacobs, Alexander McQueen and the ‘90s Renegades Who Remade Fashion,” a 2014 release by journalist Maureen Callahan. The book alternates between Jacobs, Moss and McQueen, talking about their rise to fame and their pitfalls along the way. 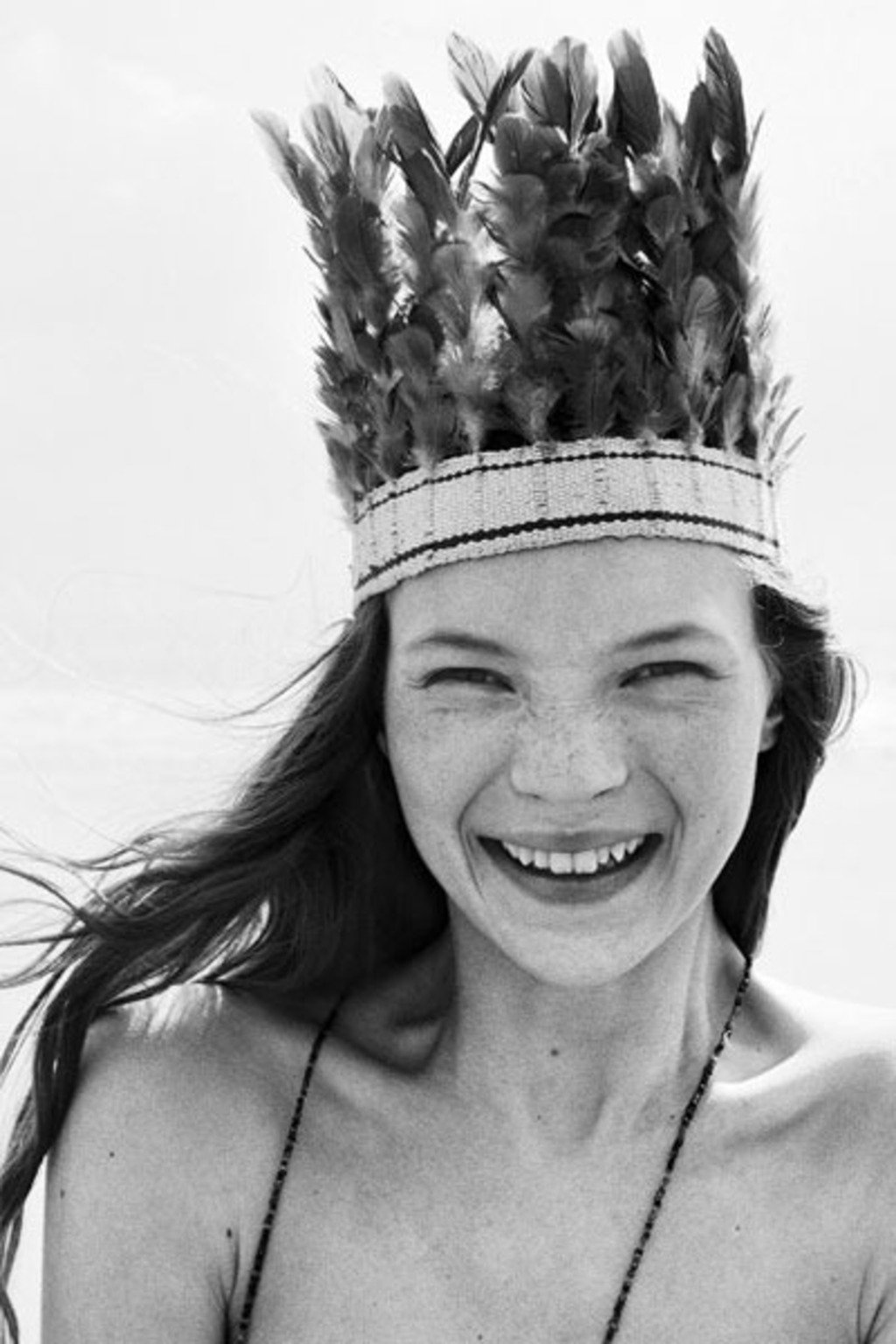 Kate Moss for The Face

Moss began her modeling career when she was discovered by a modeling agent at the age of 14 at JFK while traveling with her parents. Moss’ career launched in 1990 when her mentor, Corinne Day, an unknown fashion photographer, photographed her for UK’s style bible, The Face. Moss was picked as the face of Calvin Klein in 1992. Her look was unlike the “Glamazon” models of 1980s. Not only was she the new face of Calvin Klein, her look was the epitome of the grunge aesthetic of the early ’90s. This began what was known as the “heroine chic” look.

While Moss rose to become one of the most well-known models in the world, she succumbed to partying, alcohol, drugs and sex in her personal life. Moss began dating Johnny Depp in 1994, who also was consumed with alcohol, drugs, cigarettes and sex.

When their relationship fizzled in 1997, Moss spiraled out of control, consuming immense amounts of drugs and alcohol. This behavior continued until photographs surfaced of her chopping up cocaine, causing her to lose her contracts. She entered rehab and quit heroin. 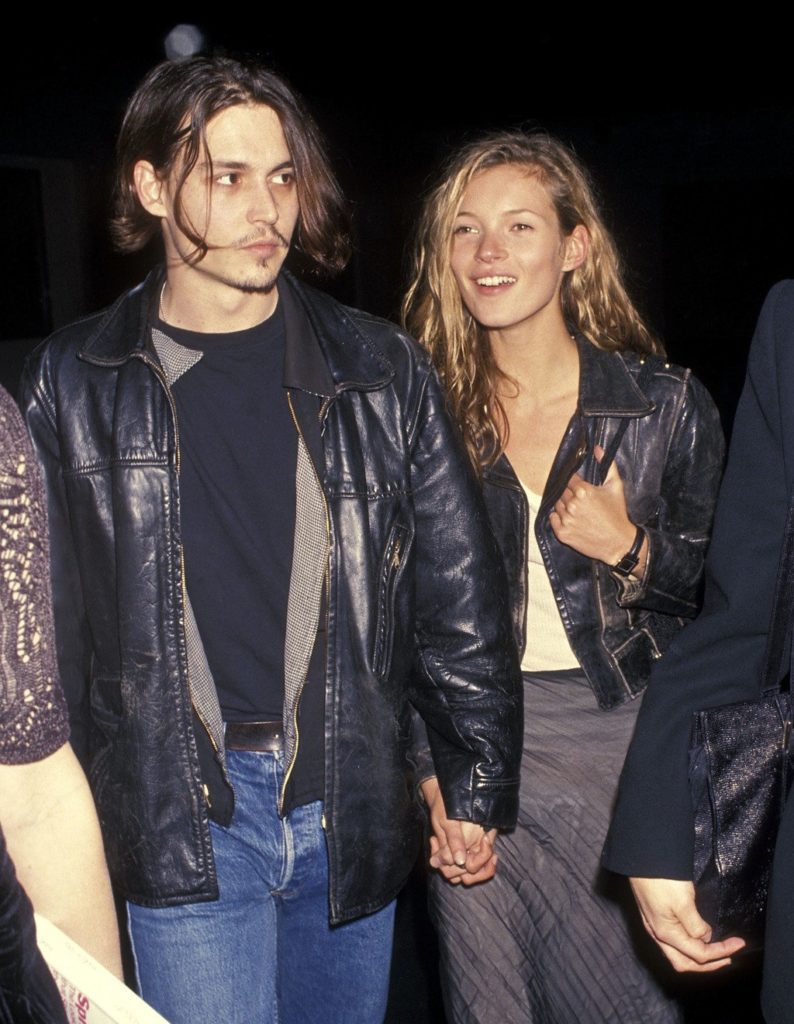 Johnny Depp and Kate Moss in 1994 (courtesy of nypost.com)

Moss remains one of the most influential models in history, inspiring collections from just her street style, where she would mix designer items with vintage finds, and defy the norms by wearing sneakers with dresses and rain boots with shorts. She was also influential in popularizing now everyday staples such as skinny jeans and ballet flats. 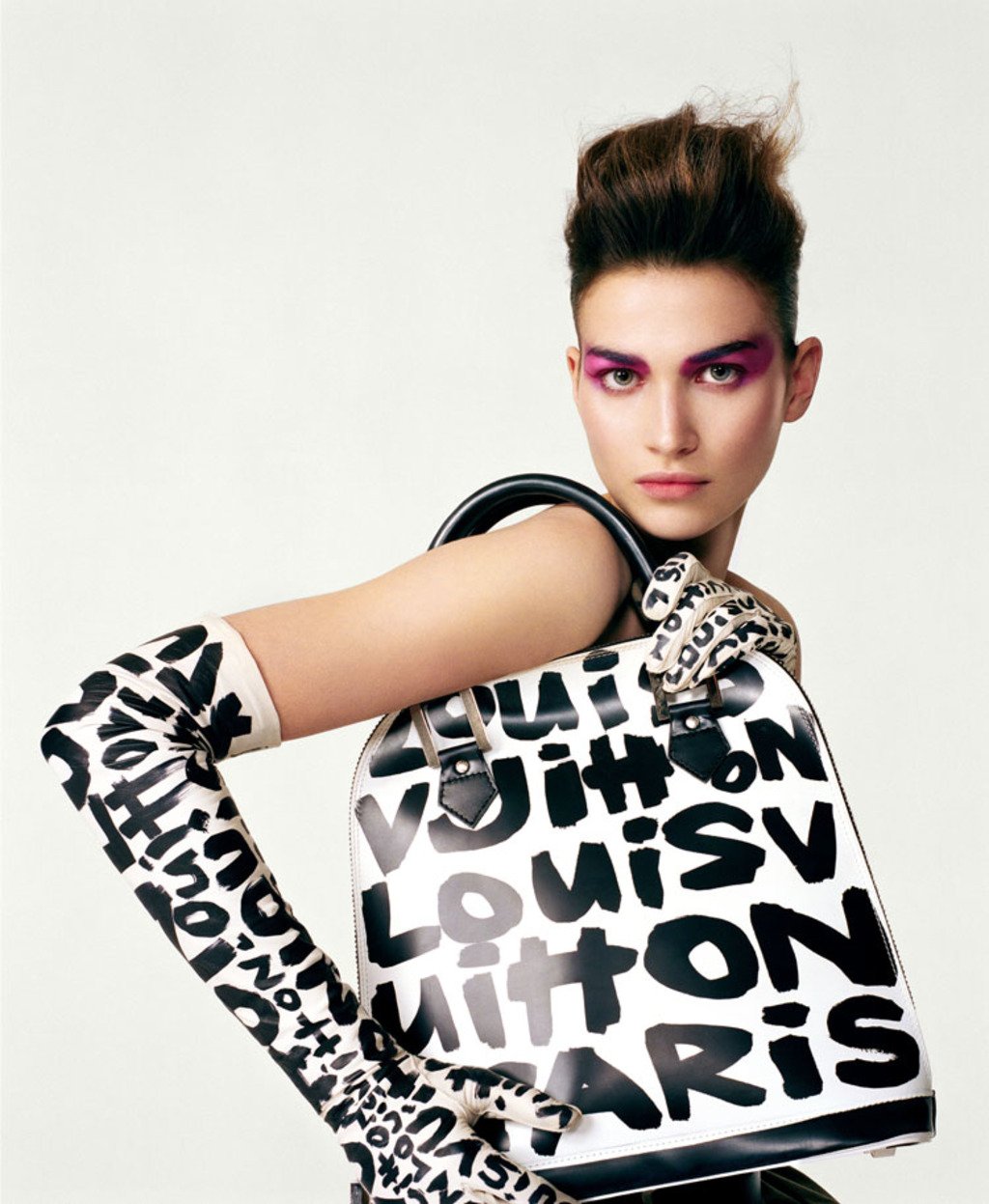 Marc Jacobs was considered a fashion design prodigy fresh out of Parsons. He identified the trends before they went mainstream, like grunge. He followed youth culture, which is one of the defining aspects of his aesthetic. He is known for fusing street chic with luxury, being innovative and whimsy, like in the case reinventing the classic Louis Vuitton bag with graffiti-inspired colors during his time as creative director at LVMH.

Jacobs grew up in the care of his paternal grandmother on the Upper West Side, who fully supported his design career by allowing him to attend the High School for Art and Design and later Parsons. He won several awards while in school, including Design Student of the Year. In both 1991 and 1992, Jacobs received the Women’s Designer of the Year award from the CFDA during his time at Perry Ellis.

Like Moss, Jacobs had a dark side filled with drinking and drugs as he soaked up New York’s club culture as a teenager. This part of his life would influence his later designs. Jacobs’ design career took a sharp turn in 1992 when he was fired from Perry Ellis for designing his “Grunge” collection, something against the typical Perry Ellis aesthetic. The collection defined Jacobs as a designer, and was one of the most pivotal collections in the ’90s. It showed that Jacobs was on the pulse of youth culture, and realized that high fashion could be influenced by the streets’ unique mix of preppy, grunge and couture. 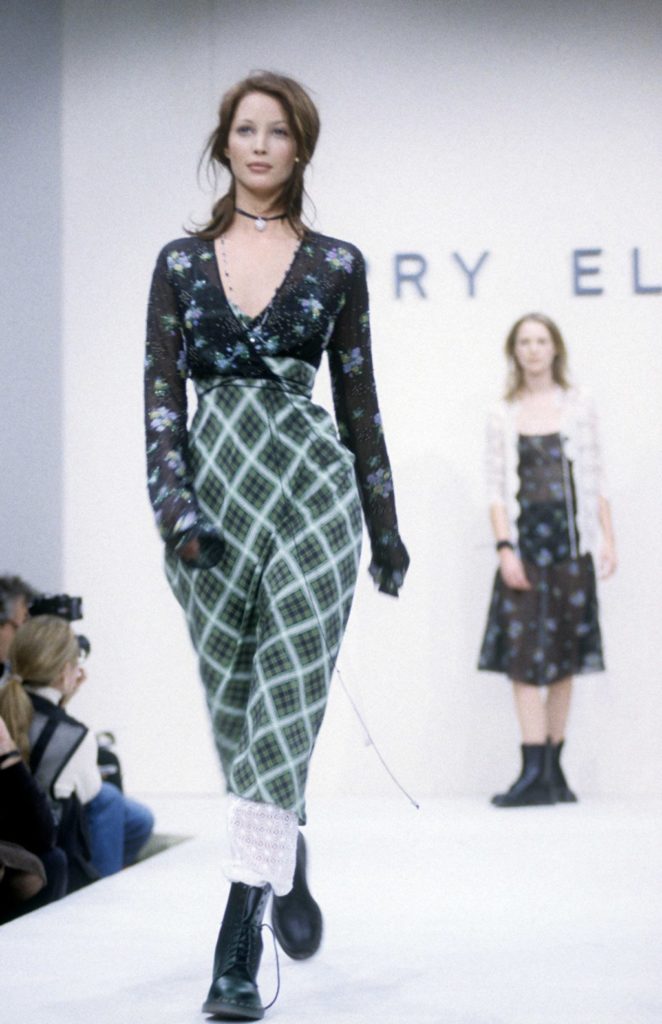 Last but not least, there is McQueen, a graduate of Central St. Martins in London. McQueen was known for his bizarre and slightly horrifying collections. Born Lee Alexander McQueen, McQueen got his start in fashion by apprenticing on Savile Row. After a few years working on Savile Row and in Italy, McQueen came back to London and applied to Central St. Martins. He graduated in 1992 and was persuaded by influential stylist and muse, Isabella Blow, to go by “Alexander,” launching his fashion career.

At first, fashion journalists and critics were horrified by his collections, as they included graphic imagery or questionable topics, such as his collection “Highland Rape,” where models wore dresses torn open at the crotch. Another one of his mad-genius collections was “Jack The Ripper Stalks His Victims,” where a model wore a pink Victorian tailcoat adorned with thorns and bloodstains. Like Jacobs, McQueen also pulled inspiration from the streets and transforming it into something that was not yet to be seen in fashion. McQueen was also credited with creating “bumsters,” low rise pants that expose the top part of the rear, later inspiring the low rise jeans.

McQueen was the darkest of the three designers, between being insecure about his sexuality, background and his looks. However, his damaged mind fueled his creative genius. McQueen became isolated from his friends and peers, even ignoring Blow, his longtime friend and muse. She fell into a state of depression after her husband died and eventually committed suicide in 2007. After, McQueen fell into a similar state of depression and tragically committed suicide in 2010. His loss shook the fashion industry of someone who died much too young. A retrospective exhibit in his honor was shown at the Met in 2011 (“Alexander McQueen: Savage Beauty”), and was the highest attended exhibit the Met has ever had. 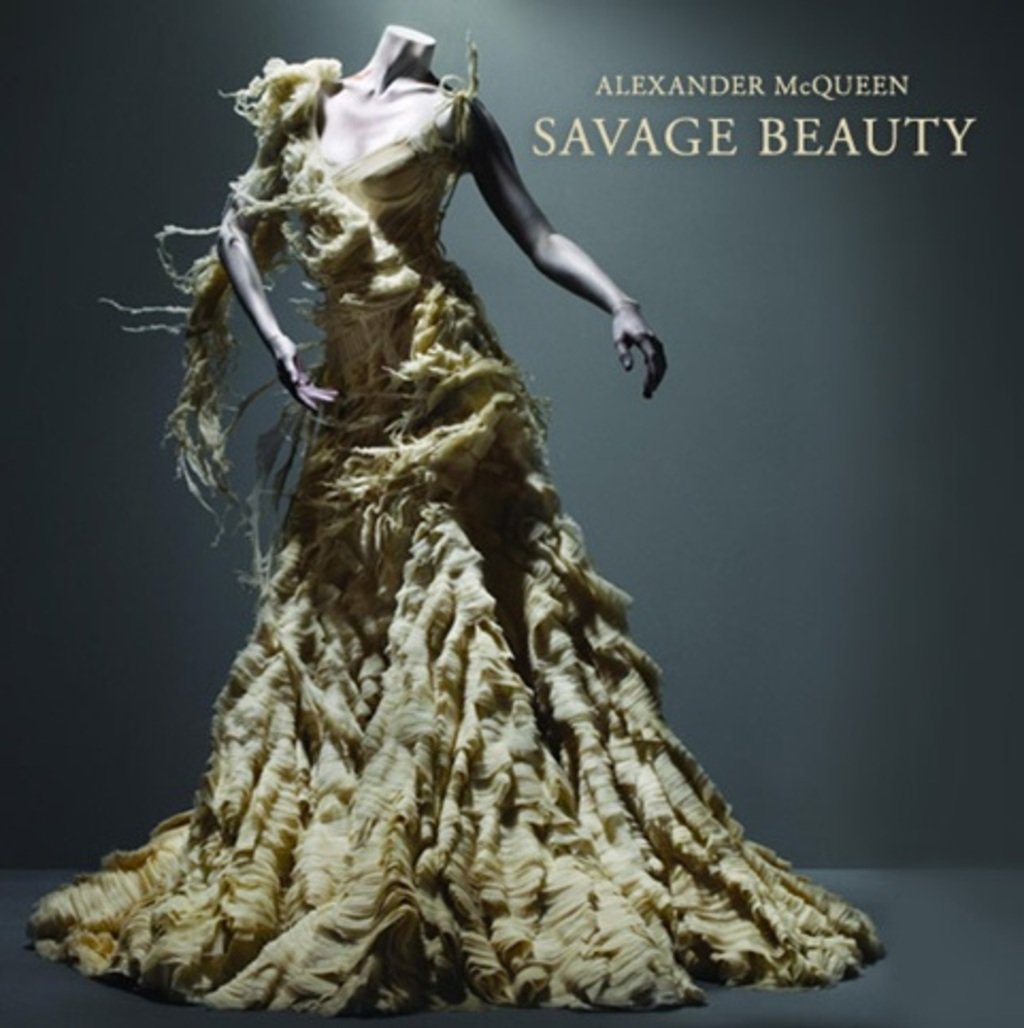 Alexander McQueen: Savage Beauty at the Met in 2011 (courtesy of metmuseum.org)