There are stories imaginative or real that require that they be told. What a gift is it for those whose art is telling these stories in novel format. Laura Pritchett is an award-winning Colorado author who is one such artist, whose medium is words, sharing her depth and imagination along with a good story.

“I’d like to believe that I’m part of the cadre of writers who are reinvigorating literature set in this region,” states Laura. “I’m very interested in writing the contemporary American West as it really is – no mythos, no John Wayne, no sentimental stuff. There are still wide landscapes, horses, mountains, big sky – but there is also meth, immigration issues, teenage pregnancy, political extremes, water issues. By re-seeing a place with renewed clarity, we can love it more fully,” smiles Laura as she takes a deep breath and continues, “As in, by seeing the West as it really is, we can better inhabit it.” 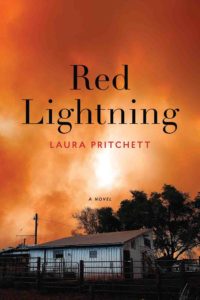 Laura’s new novel, Red Lightning goes on-sale next week June 9th, 2015. “Red Lightning is a stunning novel of family, nature, and hard-earned redemption, Pritchett introduces readers to Tess Cross, the novel’s fiery and haunting female lead who hails from “NoWhere, Colorado” and whose fractured past is always nipping at her heels.”*

“First, I just want to say that I’m not crazy!” laughs Laura “Because, second, I want to say this: A few years ago, I started hearing the voice of a character named Tess in my mind, and she was basically saying, “Hey, I want my story told too!” Laura continued to explain this interesting communication. “Tess was a minor character in my first novel, Sky Bridge, and now, it seemed, she had something to say,” smiles Laura and continues “At first, I didn’t want to write her story: she’s really a tough character with some deep recesses and difficult flaws (although she’s beautiful for those same reasons). Anyway, I eventually heeded her request and sat down to write.” What resulted was Laura’s latest novel, Red Lightning. “I’m glad that I “listened” to her, because, in the end, she had a really interesting story to tell.” Laura’s voice clears and she begins to introduce Tess. “She has been a coyote, transporting immigrants across the West, living what she thought was a free-and-easy life. But then she saw something that made her Get Real and see humanity, and herself, in a new light. The novel is about her journey into a truer, better self.”

Laura shared that she has been working on this novel for “a few years now, but that the ethical questions posed by this book have always been “core themes” – social justice issues, environmental issues, the bonds of family, and individual struggle for redemption and life-well-lived.”

Laura has been recognized and honored as a writer. She received the PEN USA Award for Fiction, won the Women Writing the West Award and the Milkweed Fiction Prize and has been nominated for several Pushcarts. “One of my favorite awards had to do with my environmental work/writing for issues in Colorado: Green Giant Award, presented by the Green Party. I’m really grateful for the organizations that support artists – it’s really a gift to have one’s work recognized, and as the judge for several contests in the past, I know how much work goes into giving awards like these.” 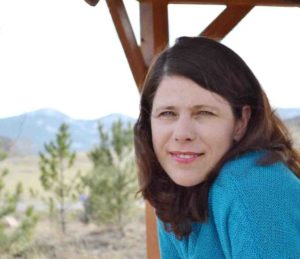 Laura finds that some of the rewards for being a writer is, “Well, for instance, I went on a hike and while walking I was thinking through the plot of my next novel. I stopped to think, “Man, this is a pretty great job!” And when asked what keeps her sane she replied “Heh! Great question. 1. Writing, 2. the Colorado landscape and 3. Walking in that landscape while thinking about writing.”

Embrace the arts that surrounds us on a daily basis and find yourself lost within the art of a good story.