This week marks the opening of one of the world’s biggest shows. Cirque du Soleil’s “KURIOS” is the “Cabinet of Curiosities” and will introduce viewers to an unbelievable world of industrial magic and wonder, making this show perhaps the most inventive and entertaining so far.

One-hundred and nine tour members from 21 countries are on the “KURIOS” tour. You’ll see about 800 costume pieces during the show, including accessories, shoes and wigs.

303 Magazine flew out to Seattle a few months ago to preview Cirque du Soleil’s “KURIOS” and wasn’t only able to see the show before it opened in Denver, but interview a few of the actors.

After seeing it live and hearing about the experience from the characters themselves, this show is highly recommended. Flying bicyclists, man and machine in one, and many more surprises await the crowds during the show, which will be live in the Pepsi Center parking lot June 11 to July 26 with six to 10 shows per week.

One of the main characters that you’ll see throughout the show is Anne Wessbeicker, who is the “telegramist” that rides an aerial bike. At 33, Wessbeicker has gone to circus school, performed for five years in “The Beatles LOVE” tour, and is now flying high in “KURIOS.” We don’t want to tell you everything about her part in the show, but let’s just say that she unconventionally delivers letter via bicycle – on a bicycle in the air, that is.

303 interviewed her while in Seattle about the show, her background, and why “KURIOS” is a must-see. 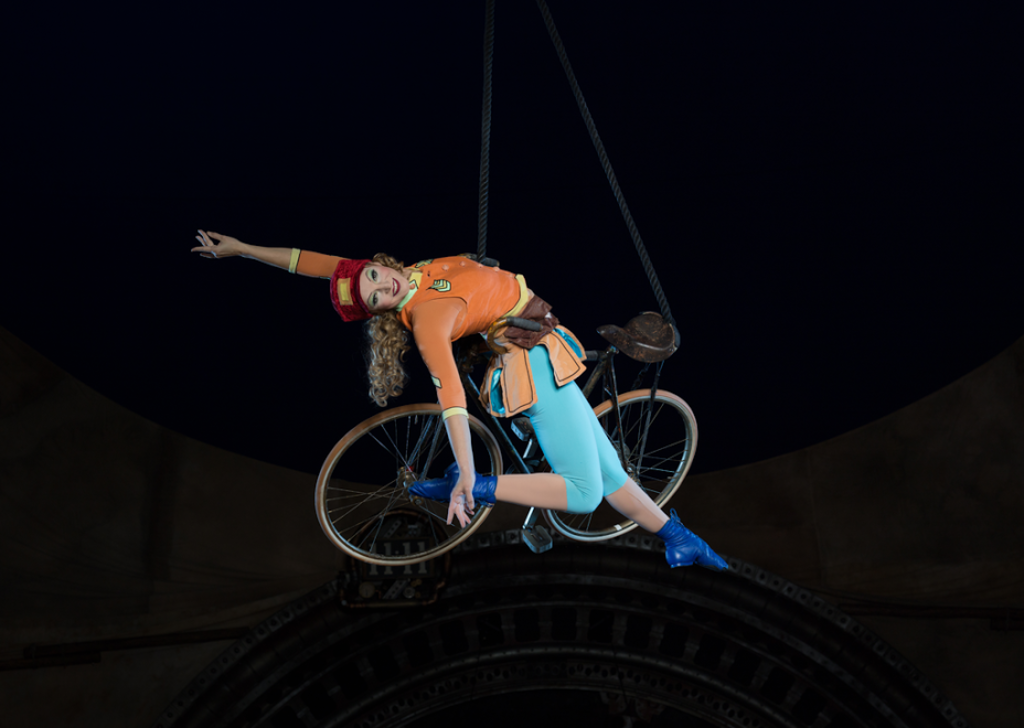 How would you explain the concept of “KURIOS” to someone who has never seen it before?
Anne Wessbeicker: It has a lot of steam punk influence. All the costumes and props are really beautiful and steam punk. It’s a story about a seeker who is in his laboratory and we travel with him and discover his creators and follow his search.

As everyone will see in the show, you basically fly on a bicycle. Was that scary at first?
It was tricky at the beginning, because it was the first time we had a bike to fly. It’s a real bike, so everything is moving, which makes it harder to do acrobatics. Once I was even with my weight and balance, it was really fun.

Did you always want to be a part of Cirque du Soleil?
I was always really my dream. It was a lot of work to get here, but it was so much a dream.

What is it like to be a part of Cirque?
Cirque has people from all different countries, so you can meet so many different cultures and your friends are all around the world. It’s super unique. It’s just great because it’s a big family. What I like is to travel, so it’s amazing to travel because each two months we go to a different city and travel a lot.