303 Magazine met with Avery Brewing Company last week, seeking advice on the best place to drink their beer in the mountains. The criteria was simple: it had to be close(ish) to Denver, beautiful, and mellow enough to either drink a beer while walking and/or for us to be able to make our way out of the hike after finishing the six pack. The brewery would supply us with a six pack of its beer to be shared with friends and directions towards the best hiking location. Read below to see what Avery’s Brewing suggested and see if their brew was worth its view. 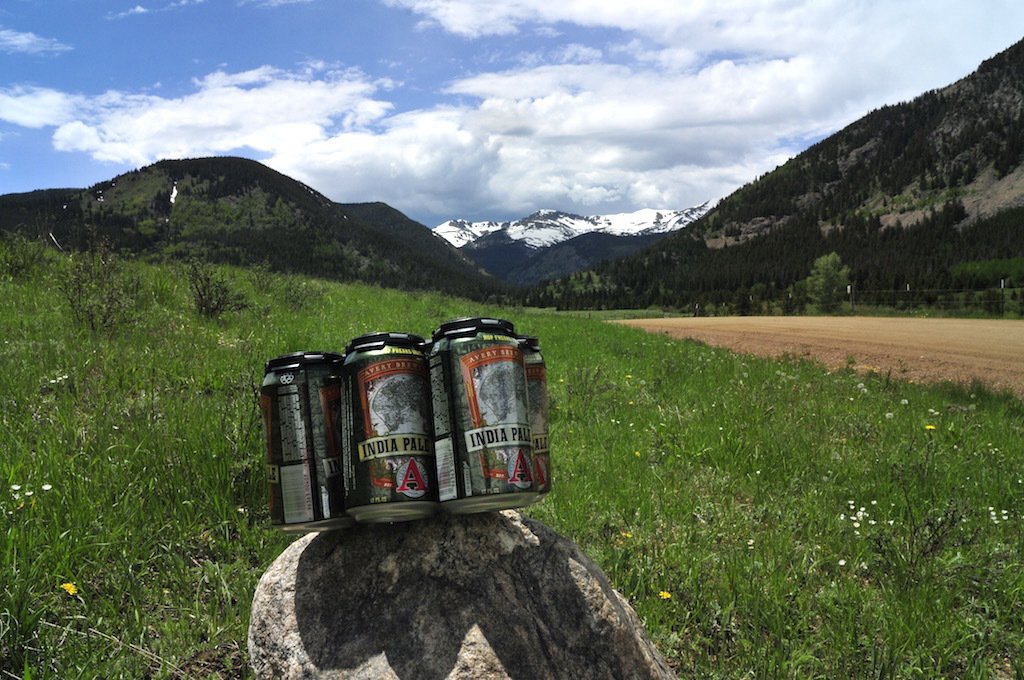 All photography by George Hardwick

Avery’s India Pale Ale is a microbrew classic and perfect for our excursion. It has adventure literally infused into the label in the form of a map of the route taken by British sailors to reach India. Inside the can is a flavor filled with an adventure of its own. The combination of sweet caramel malts in the body of the beer are complimented by the floral burst of the hops. Joe Osborn, a marketing associate at Avery’s Brewing said, “If I’m going to the high country in Colorado, I always bring a can, or two or five of Avery’s IPA.” 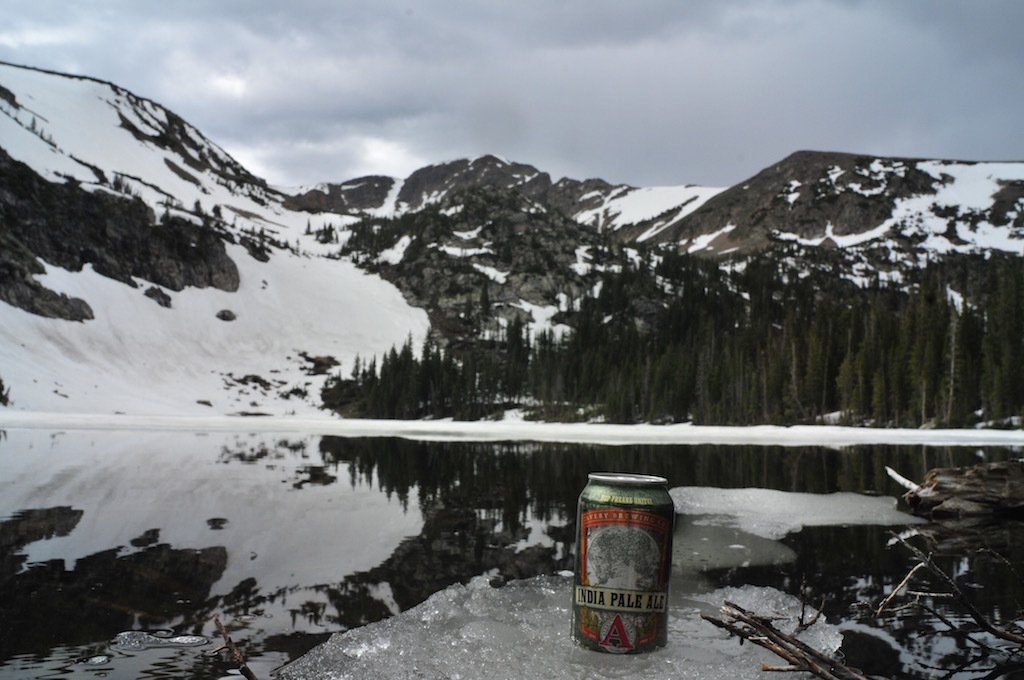 Difficulty Level: Moderate (3 miles at elevation, but not that steep).

Crater Lake is located in the James Peak Wilderness, just outside of Rollinsville, Colorado. Found off of a long country dirt road, you can see the Continental Divide looming in the distance, crowned with snow, and harboring the icy oasis that is Crater Lake. The road ends at the Union Pacific Railway’s tunnel beneath the Divide known as Moffat Pass. The trail begins behind the tunnel’s entrance on the eastern mouth of the Continental Divide.

Stepping behind the tunnel, one will immediately find a grove of Aspen trees. Many of the pine trees that border the trail have a beard of green moss that stretched from the twigs of their lower branches to the ground below. A stream heavy with new snow melt roars alongside the trail, drowning out any sounds from other hikers, providing a feeling of peace.

Crater lake is a 3 mile hike along this beautiful trail. It is not a steep hike and is well suited for intermediate hikers. Once you reach the top grab an Avery IPA and sit by the lake for the most enjoyable experience. Pro tip: Bring a hammock as there are plenty of good spots where you can set one up.