It’s no secret that Colorado has made a name for itself in the craft brewing world. With approximately 250 active breweries and 1,673,686 barrels of craft beer produced per year, Colorado has built a reputation as one of the nation’s fast growing craft beer epicenters.

And while this expansive variety can be exciting for the adventurous beer connoisseur, for many of us it can be a bit intimidating. So as a solution for those that don’t self identify as a suds junkie, we’ve put together a bucket list of sorts of beers that everyone in Colorado should try. Out-of-state folks may not understand our obsession with these choices, but the locals get it. These beers are reliable while still delicious, and they’ve each got their own Colorado story. From the quintessential classics to the more adventurous craft brews, these are our picks for the most iconic beers that rep the Colorado beer scene. 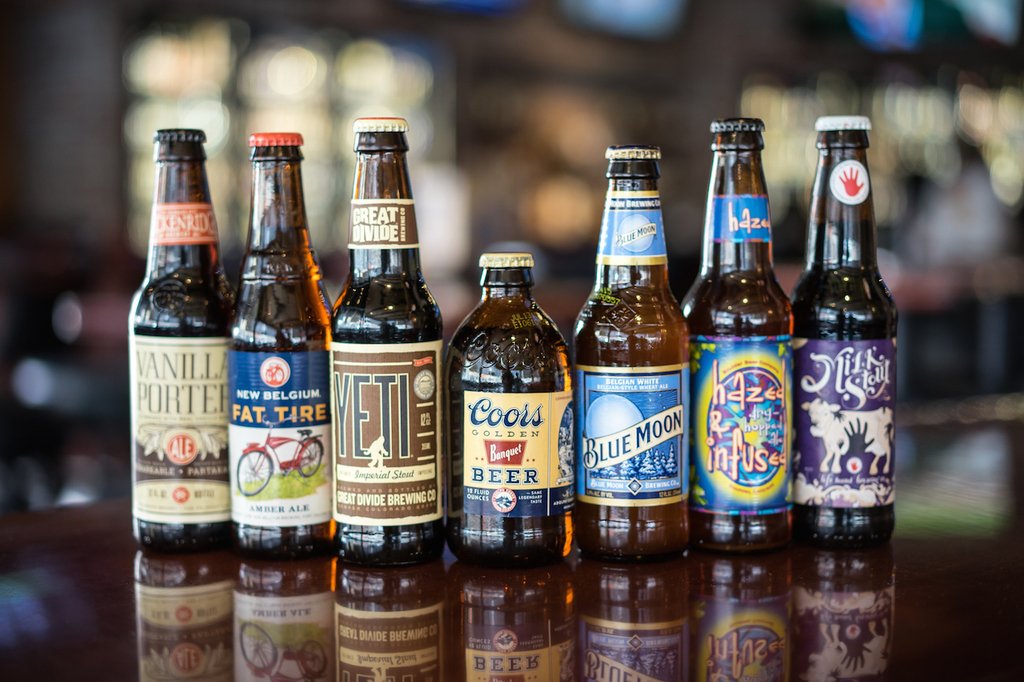 All photography by Roman Tafoya for 303 Magazine.

*Editor’s note: This list is in no particular order* 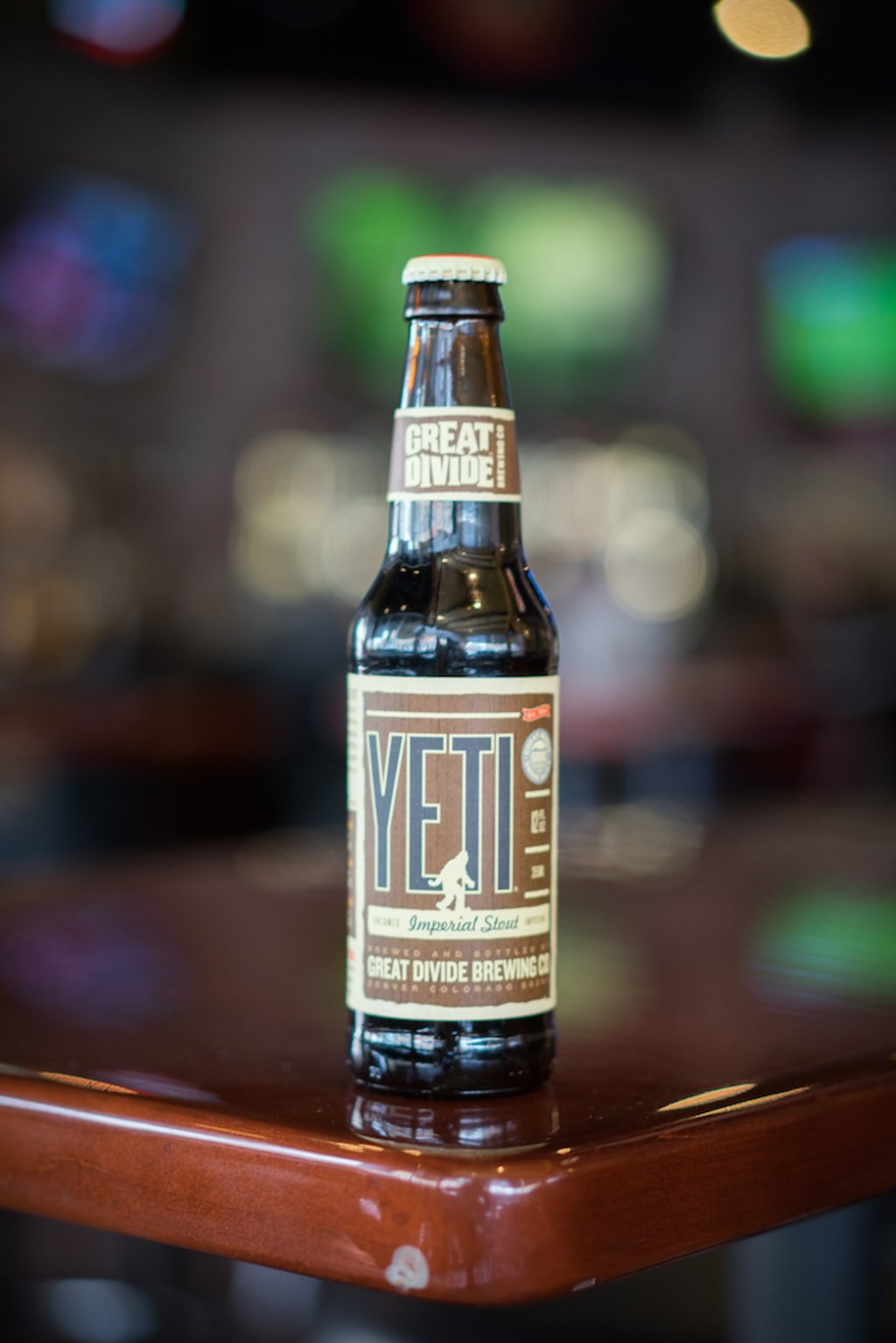 All photography by Roman Tafoya for 303 Magazine.

Started with the help of a loan from the City of Denver, Great Divide Brewing Co. has expanded to become not only a Denver favorite, but an international champ after having won 18 Great American Beer Festival medals and five World Beer Cup awards. The Great Divide brewery is located in downtown Denver where you can stop by its tasting room before going out bar-hopping. One of its most popular beers, Great Divide Yeti, is a powerful imperial stout with a roasted malt flavor and caramel notes. It was even was rated #36 on BeerAdvocate’s Top 100 Beers on Planet Earth. The hearty flavor in this beer makes it a comforting choice for anyone looking to escape the summer thunderstorms with a pleasant beer. 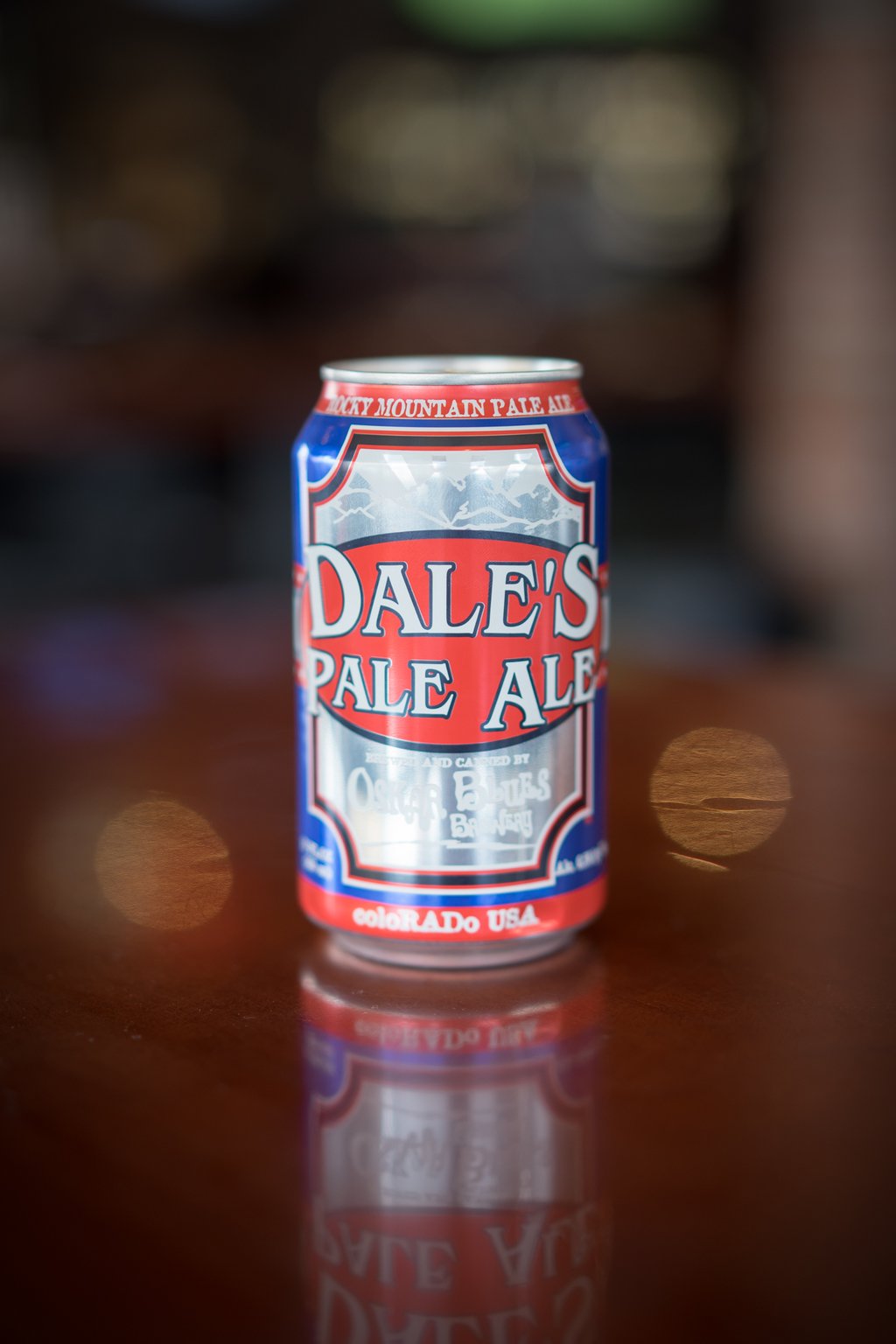 Oskar Blues Brewery introduced canned craft brews to this country with what they call a “hopped mutha of a pale ale.” Aluminum cans keep beer fresher longer and therefore allows this beer to be easily enjoyed anywhere outdoors — making it a favorite for active Coloradans. Dale’s Pale Ale was the launching pad for this brewery’s canned brews, and it’s now a staple of most bars. With its pale malts and citrus floral hops, Dale’s Pale Ale, named the best pale ale by the New York Times in 2005, is a solid refreshing choice for hikes and other outdoor excursions. 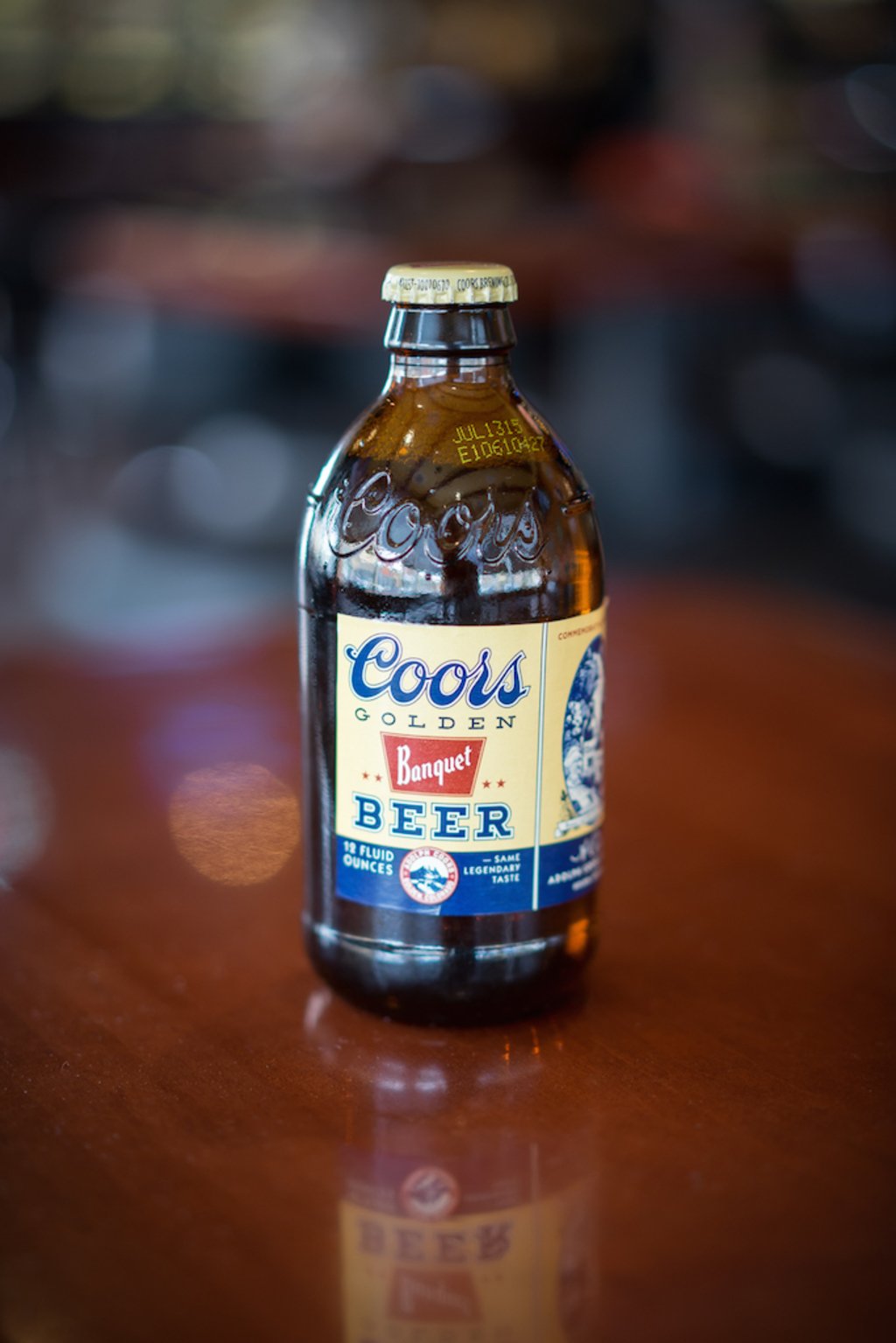 No Colorado beer list would be complete without a mention of Coors. It may not be craft or fancy, but it’s still ours. The Coors brewery opened 140 years ago in 1873, and is a classic representation of our state. Nestled in a valley in Golden, Colorado and easily seen by the rock climbers at Table Mountain, this internationally known brewery is still very much Coloradan. Though you may find that most people in other states have a love-hate relationship with their local standard, in Colorado there’s still a soft place in most of our hearts for a cold Coors Original (also known as Coors Banquet). 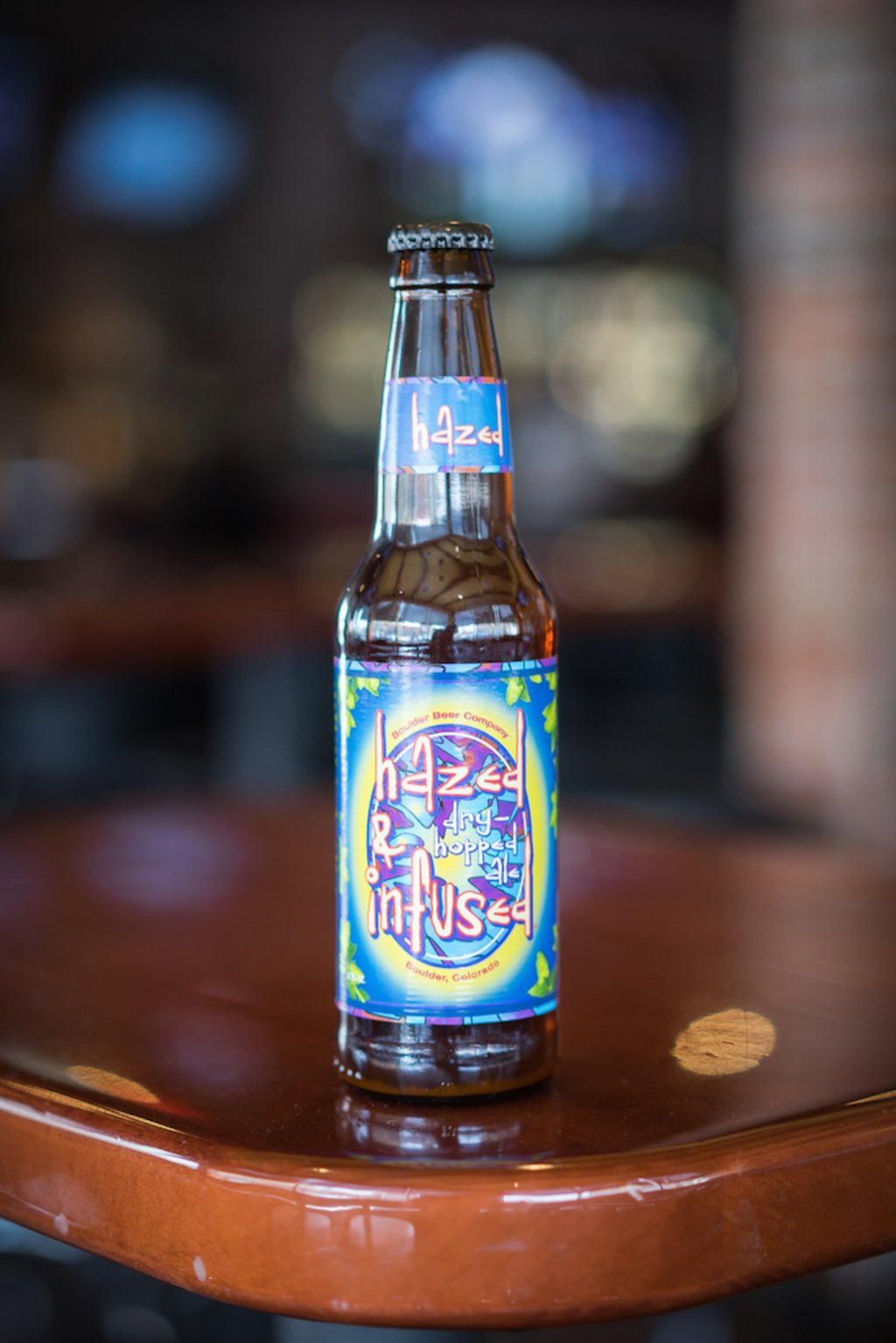 In 1979, just after the peak of “hippie culture,” two professors at CU Boulder started home brewing and Boulder Beer Co., Colorado’s very first microbrewery, was born. This beer is an homage to this era with its six-pack carriers made from recycled materials and psychedelic logos. Its Hazed & Infused beer is perfect for those searching for something between a pale ale and an IPA. A hoppy session ale, Hazed & Infused provides hop flavor without much bitterness, making it a great choice for spending a summer day at the park, possibly while partaking in Colorado’s other popular intoxicating substance… 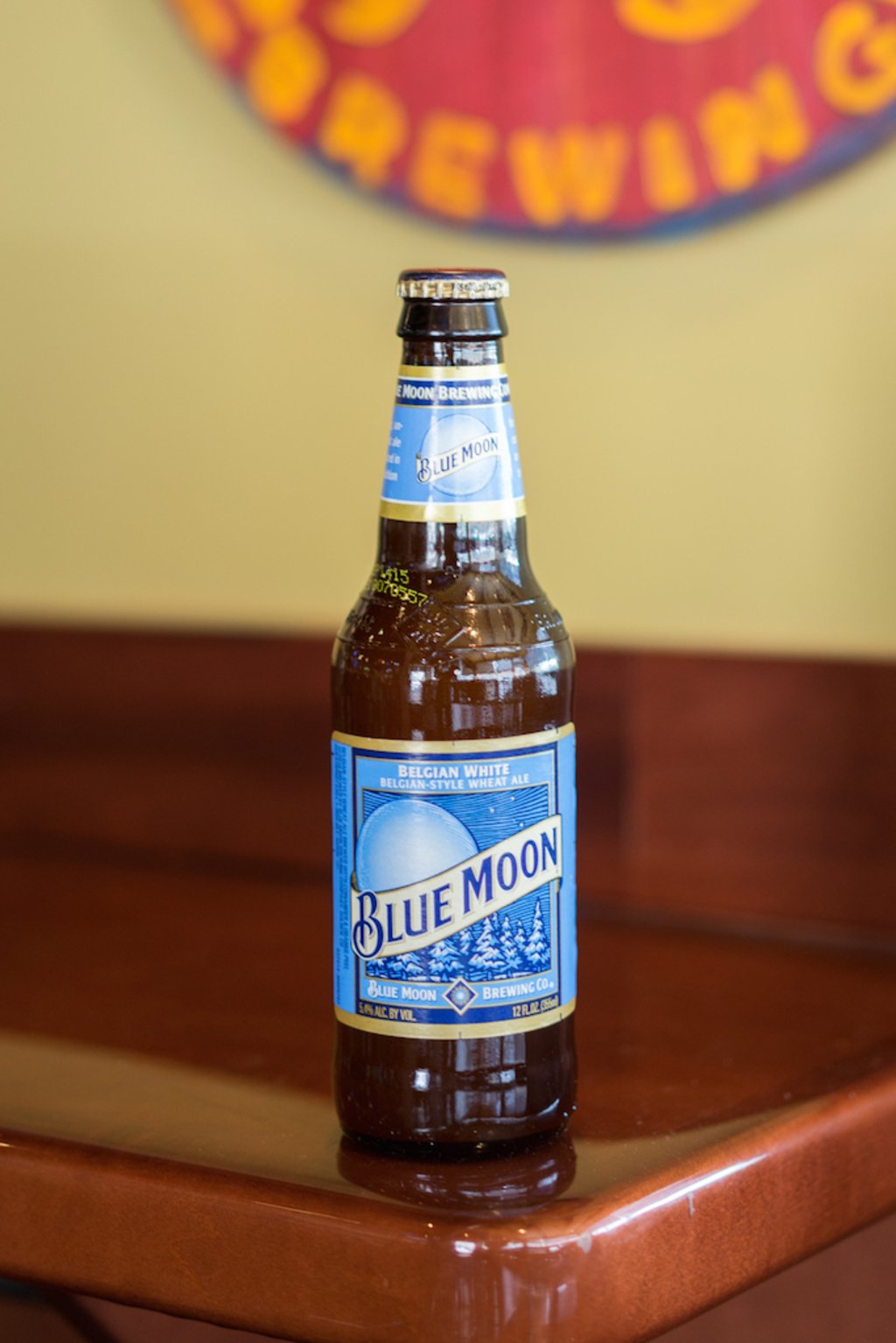 When Keith Villa received his Ph.D. in brewing at the University of Brussels, Belgium, he was inspired by the Belgian wit (translated as “white”) beers that he frequently encountered. Villa decided to brew a similar light, sweet beer, but also add some subtle citrus flavor using a Valencia orange. Since then Blue Moon has become a staple drink for people looking to relax with a beer that’s a step up from Coors without being too fancy or expensive. Because of its delicious taste and widespread accessibility, this refreshing wheat beer is perfectly suited for Colorado sporting events, and is often garnished with an orange slice (Villa’s personal idea). 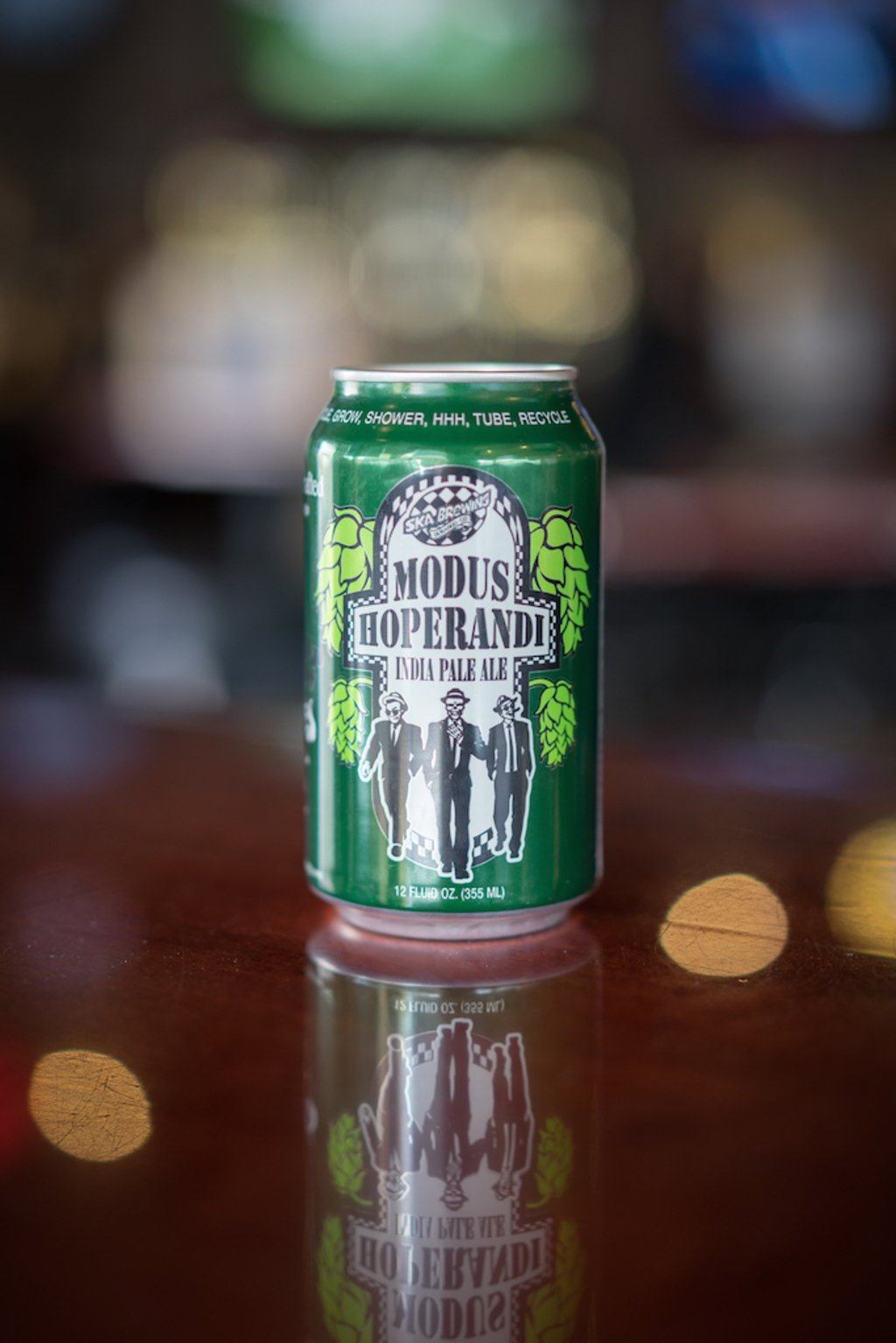 Any beer list needs a strong and bitter IPA, and this one’s been winning awards since 2009. Modus Hoperandi is one of the more popular beers from Ska Brewing Company, a brewery known for its dedication to craft. Their website even has an entire comic book-esque back story explaining how the heroes of craft beer (aka Ska Brewing Company) are fighting back against the forces “conspiring to conglomerize and corporatize all of beerdom.”  But the humor and kitsch with which these brewers market their product does not detract from the time they spend making high quality craft beer. If you’re looking to support the self-proclaimed heroes of craft beer, look no further than this IPA, described as “old man bitter.” But despite its name, the complexity of this beer includes notes of citrus, pine, and some light caramel to fill out this artfully crafted IPA. 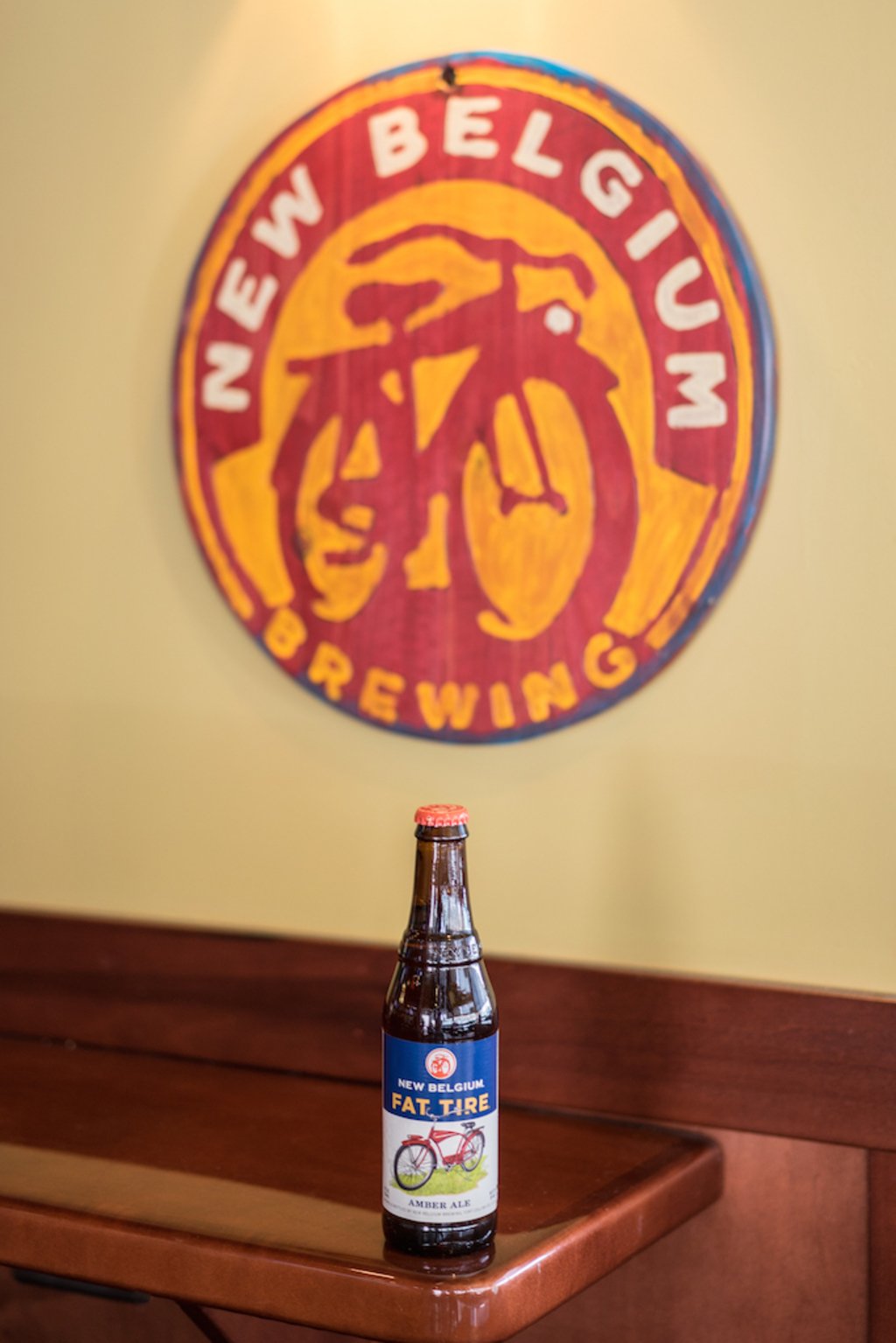 For those who want to dip their toes into the craft beer scene, there’s New Belgium’s Fat Tire. Named for the disproportionately large tires on the bike that Founder Jeff Lebesch toured through Europe, Fat Tire (and New Belgium brewery as a whole) was inspired by the great European beers he tasted during his travels. Described on the website as a beer that “pairs well with people,” Fat Tire is a balanced amber ale layered with caramel notes that provides the perfect flavorful beverage for all of your summer social gatherings. 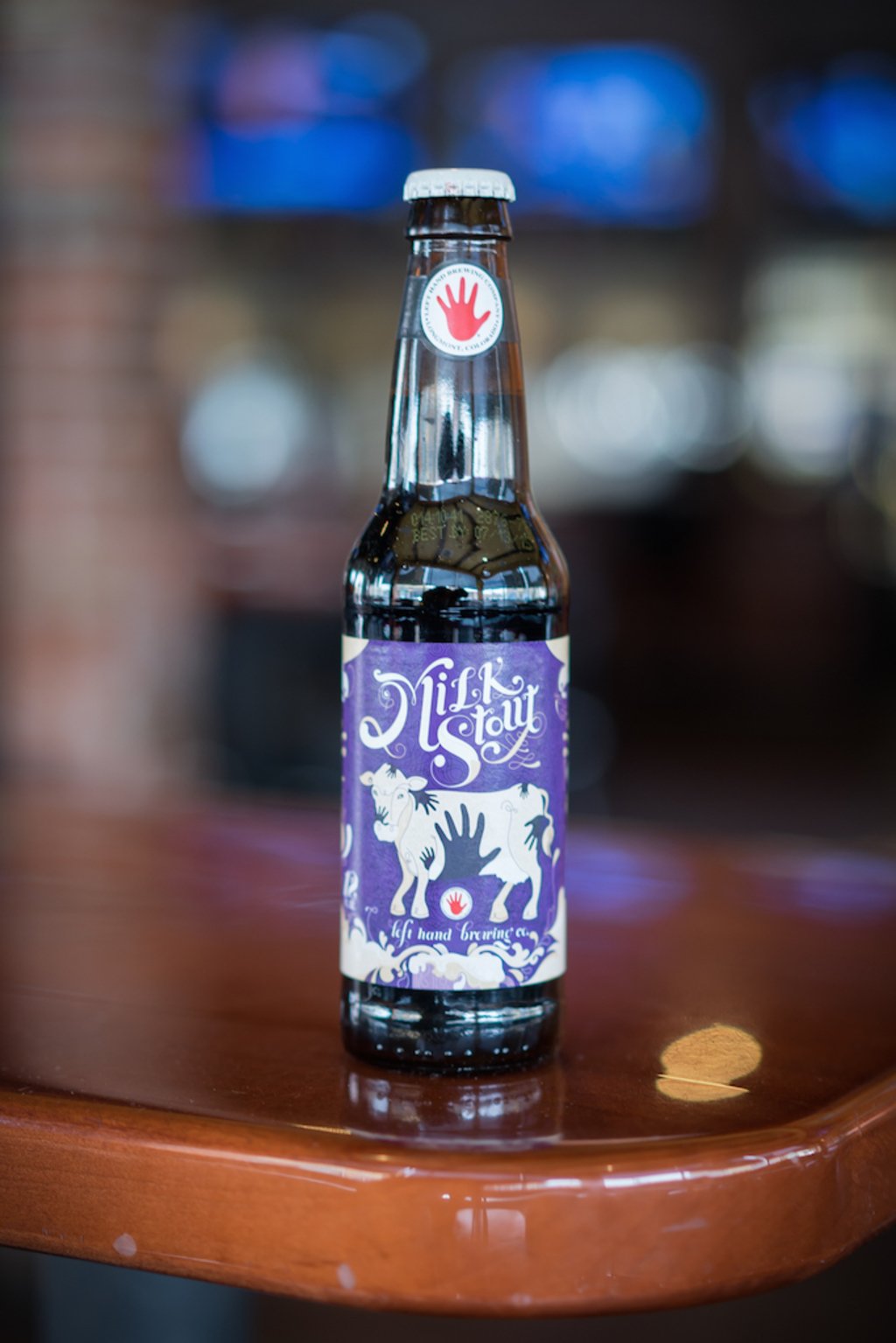 Coloradans are very proud of their developing reputation as craft beer aficionados, and no brew contributes to a hip beer reputation better than one that’s infused with a bit of science. Generally a nitrogen beer calls to mind Guinness and a bottle with a widget in it to give the classic stout its known frothy and creamy texture. Left Hand Brewery introduced Milk Stout Nitro in a bottle without a widget at the Great American Beer Festival in 2011 and effectively made craft beer history. As a result this creamy beer has become a favorite among Coloradans to enjoy both on tap or at home. 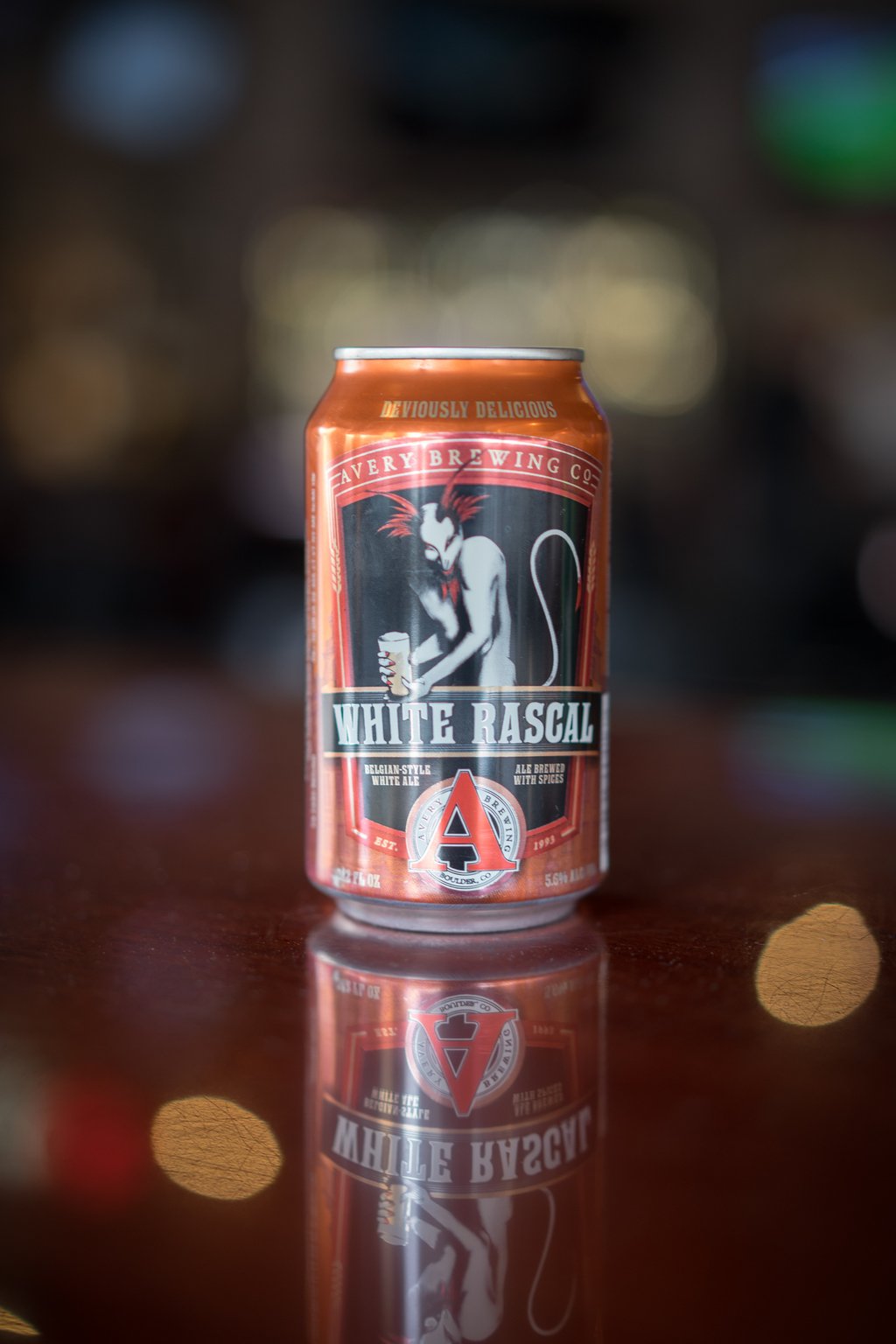 Born out of several years of home brewing experimentation, and far more years of beer appreciation, Avery Brewing Company was created by Adam Avery to bring more inventive and challenging flavors than he could find on the market. White Rascal came to be after Avery had accumulated a few years of experience as an official brewery, and it was well received in the Colorado beer community. This beer is an unfiltered, supposedly “truly authentic” Belgian white ale, full of fun flavors like coriander and Curaçao orange peel. If Blue Moon is a little tame for you, this sweet spiced ale offers a  little more zest. 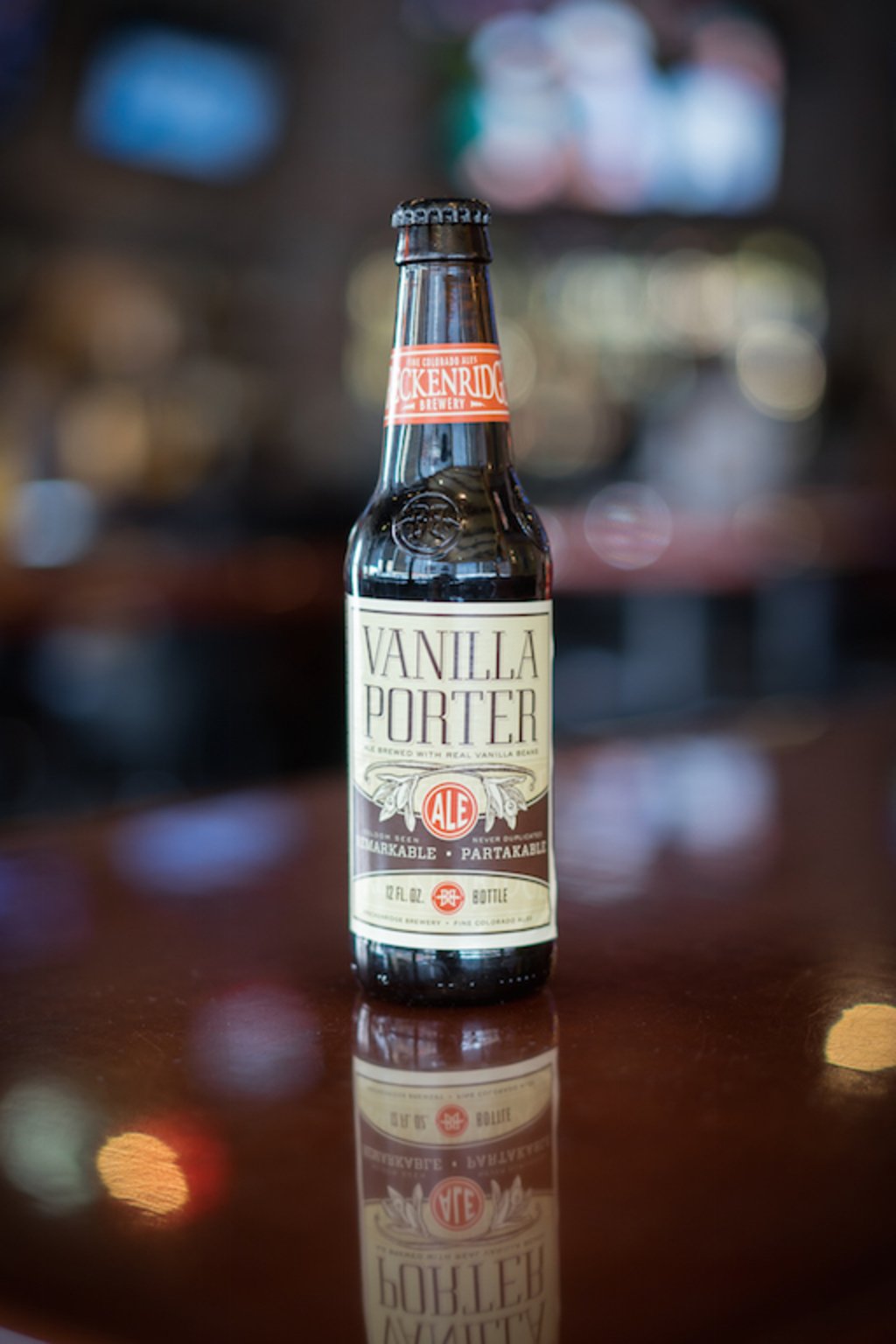 During the summer months, many in Colorado will be missing the slopes. One way to cope with that is to drink a beer brewed in the spirit of the beloved Rockies. Breckenridge is the Colorado brewery by ski bums for ski bums. Started in 1990 by self-proclaimed ski bum and home brewer Richard Squire, Breckenridge brewery opened on Main Street in Breckenridge, Colorado serving craft beer and homemade food. There’s now a location in Denver (along with a new brewery location with a restaurant opening June 21, 2015 in Littleton) for those who can’t make it to the mountains. This porter has classic chocolate and nut flavor with a lovely twist of vanilla for a smooth finish and can be enjoyed both on a cool summer’s night or as a post ski-run treat. 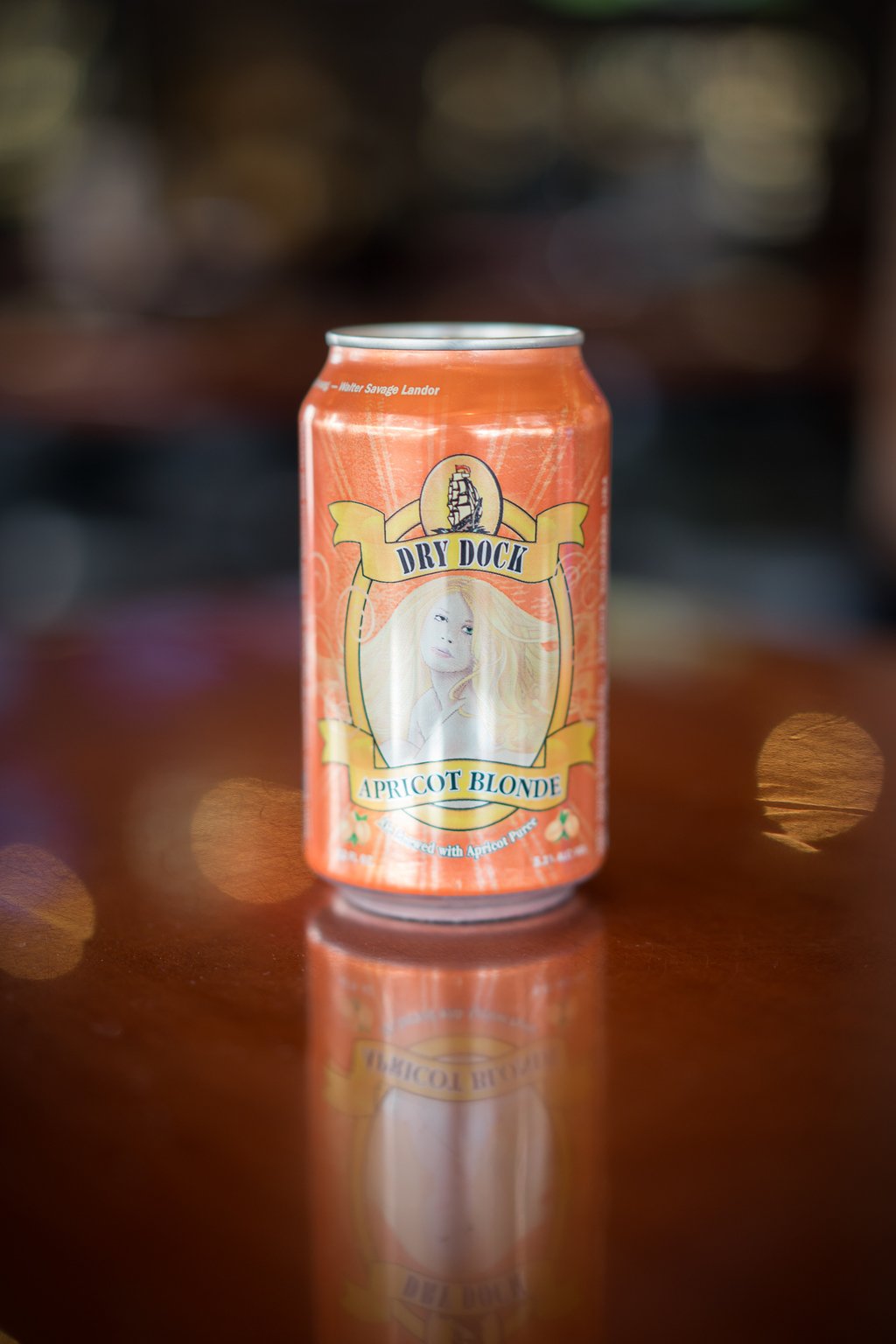 Named for co-owner Kevin DeLange’s love of nautical history, Dry Dock Brewing Co. proclaims itself as the first craft brewery in Aurora, Colorado. Its beers quickly became favorites among local beer drinkers, and it now distributes throughout the state. Apricot Blonde in particular has made a name in Denver as a popular fruit beer and has won multiple gold, silver and bronze medals at the Great American Beer Festival, the World Beer Cup and the Colorado State Fair. The hint of apricot in this crisp, golden ale without any overwhelming sweetness makes it a favorite among beer drinkers and non-beer drinkers alike. Recommended on their website to be “combined with sunshine and friends for full effect,” this fruity beer is a pleasant drink perfect for relaxing on one of Denver’s sunny summer days.

All photography by Roman Tafoya. Words by Kersten Jaeger in collaboration with Brittany Werges.

Any we missed? Add your list in the comments below!