What: A new, carefully crafted menu that adheres to the restaurant’s fusion theme and celebrates the savory decadence of the American breakfast.

Con: The rather basic drink menu (in comparison to the inventive food). 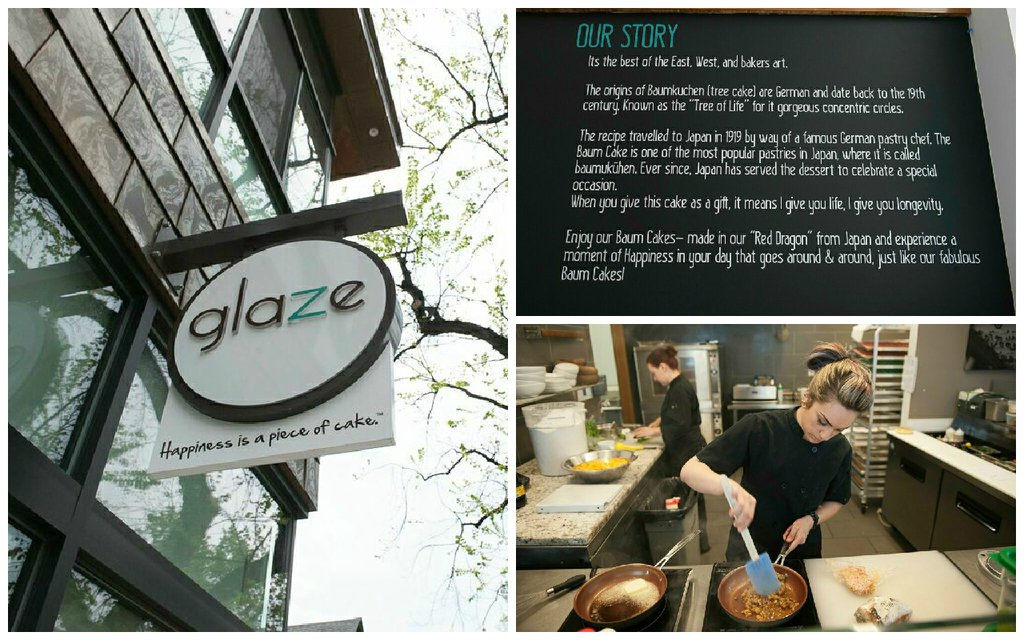 It has been almost a year since Glaze first introduced a full dining service­­ to its spectacular array of one-of-a-kind pastries. Over this period of time, Owner Heather Alcott has supervised the small restaurant’s transitions from inimitable bakery to one in partnership with a well-established sushi eatery, and finally to its current incarnation where a new selection of lunch and dinner entrees has brought attention to the business once again. For lack of a better descriptor, one might say this new menu’s unique direction falls under the umbrella of Japanese-inspired New American cuisine. Surely, maintaining a modicum of consistency was important to Alcott for a number of reasons, though Glaze’s potential to occupy the mantle of top restaurant in Congress Park would seem to be more crucial than the origins of its preferred cooking styles. That is to say: utilizing the renovated space was without a doubt necessary for financial purposes, but considering how quickly the restaurant became a talked-about entity in an otherwise empty dining neighborhood serves to underscore a tacit responsibility to provide fine dining where it otherwise does not exist, and should.

Accordingly, Alcott tapped Kris Padalino this January to take over the cooking and menu-writing duties. Through her work with the Kevin Taylor Restaurant Group, Bittersweet and Jax Fish House, Padalino established herself as an able baker first and foremost, but she clearly has a knack for other gastronomic endeavors as well. This taste interplay is evident in her recognition of Glaze’s existing strengths, adeptly introducing new flavors and her own specialties into the fold. 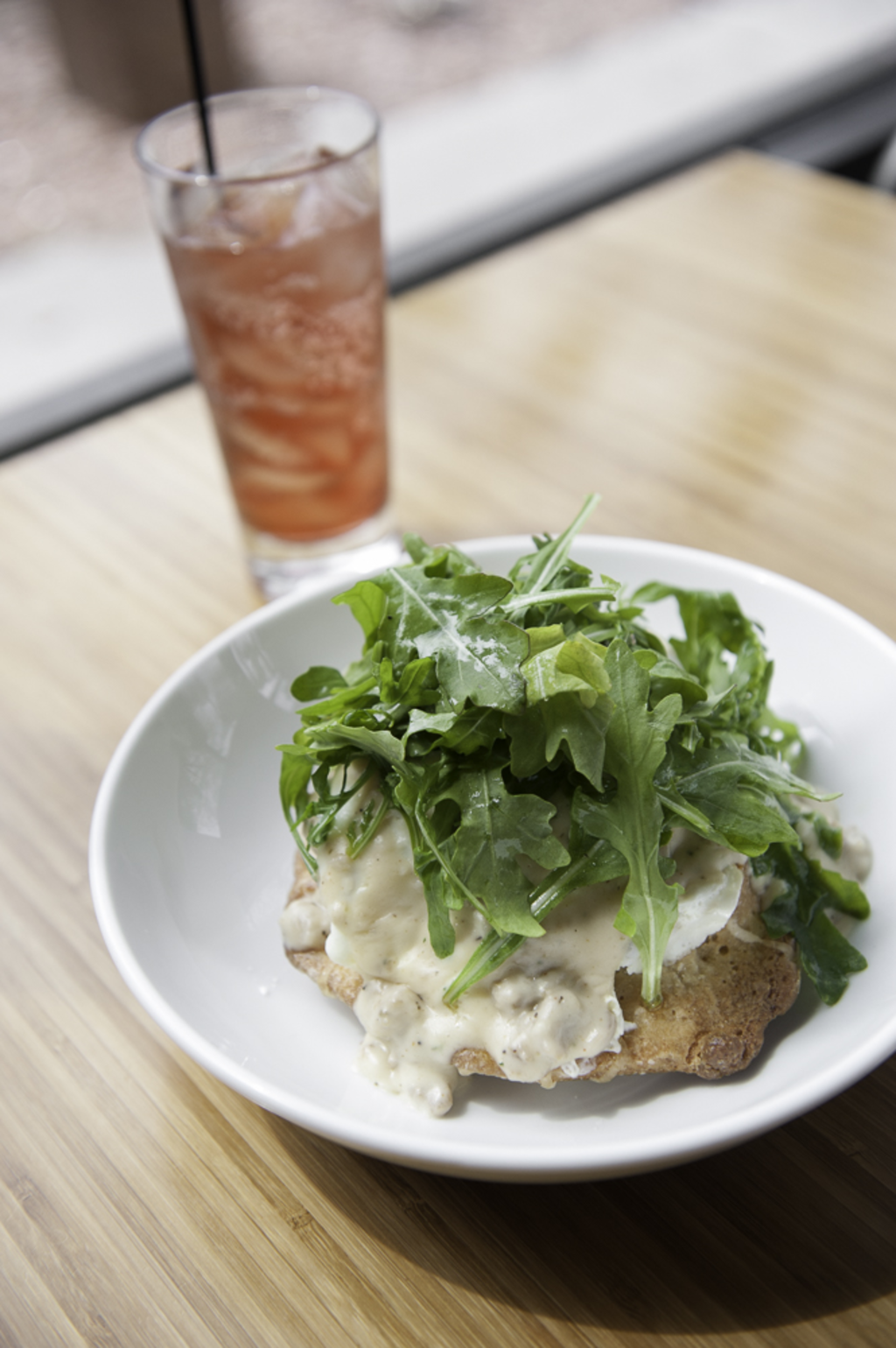 As inventive approaches to breakfast and brunch classics both new and old, three dishes in particular lend themselves to discussion on Glaze’s new brunch menu: the chicken & matcha waffle ($13), egg-n-a-hole ($13) and pork belly hash ($12).

The traditional Japanese matcha green tea baum cake recipe has been masterfully handled under Alcott’s direction — a responsibility, according to Sous Chef Victoria Sochinska, that required two years of persistence just to get permission to own and operate the oven in which it is cooked. However, it is risky for Padalino to use the tea as a flavor base for a chicken and waffle plate because, to my mind, most examples of that dish have enough going on already. It turns out to be a well-executed experiment, though, and it was this initiative that earned the recipe a spot on this publication’s neighborhood guide to the best chicken and waffle plates in the city.

Next, the egg-n-a-hole (egg-in-the-basket, hole-in-one etc.): one of the most recognizable, trouble-free concepts of the home kitchen. Though it traditionally consists of sliced pan-fried toast and a fried egg, for Glaze’s take on the concept Padalino again returns to the baum cake: a ring of the citrus variation is topped with potatoes and a hearty chorizo gravy, in addition to the namesake egg. Last but certainly not least is the pork belly hash. The meat is tender and salty, completing the profile of a dish that tastes as good as it looks, but the blend of its other parts is where the magic happens. As I have noted in other previous reviews about specific menu items, the ones that often leave a lasting impression are often those that feature what I had always figured to be an undesirable ingredient. In this case, it’s Padalino’s Brussel sprouts, which are blackened to crunchy and flavorful perfection. According to her, I’m not the first person to point this out.

Alas, I am not alone in noticing something special happening in the latest offerings from Glaze’s kitchen. Although plans for standard mimosa and bloody mary deals, in addition to its current list of wines and teas, will make for a comparatively undistinguished drink menu, this is more of a general trend, and understandable for Glaze given its size. For the time being anyway, one hopes at least Padalino’s recipes will help lend some lasting stability to the otherwise resilient and successful bakery.