Memorial Day Weekend is just around the corner, and with the way 2015 has flown by so far, now is the time to make plans for the kick-off to summer before it’s too late. Live music options abound, but Riviera at The Breakers Resort remains a wholly unique venue. Nestled on beautiful Sunfish Lake and boasting a large deck, equipped with an outdoor fireplace, mountain views and offering serenity for all, the resort makes an ideal place to hang out with friends and family in preparation for a night of great music. 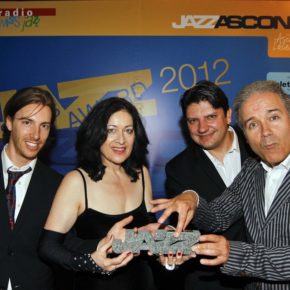 On May 21st, Riviera, 303 Magazine and A-List will host Swiss vocalist Christina Jaccard. Jaccard is renowned in Europe for her interpretation of blues classics; in 2012, she won the Swiss Jazz Award at the International Jazz Festival held in Ascona, Switzerland. She will be joined onstage by her longtime drummer, Andreas Schmid, (currently the house drummer for David Booker’s Monday Night Blues Jam at El Chapultepec) and members of Bluestonemojo- Prof. Moses on the keyboard, whom is known around the city for his New Orleans influenced style of play, and Bobby C. on the bass guitar. The musicians look forward to combining their virtuosity, which is sure to culminate in a night filled with soulful, rhythmic tunes and good vibes for all.

The atmosphere is uniquely intimate; there isn’t a bad seat in the house. All the performances thus far have been passion-filled by musicians eager to share their art with The Mile High City. Next Thursday is sure to offer more of the same as this new concert series continues to gain momentum. And what better genre than jazz to ease one’s mind and supply an audience with the brief escape all of us occasionally need. Come out and relax; come out and start summer the right way.

Opportunities to see great performances by international artists for FREE and without fighting for elbow room or wishing the person in front of you was considerably shorter are few and far between. Thus, they are opportunities that should be taken advantage of. In addition, patrons will enjoy an extended happy hour (7-11 p.m.) and there is no cover charge. Those amenities considered, there is no better place to spend your unofficial last Thursday of spring than Riviera at The Breakers Resort.

We recently caught up with the blues singer to discuss her aspirations and accomplishments, her musical influences and what to expect come May 21st. Check out the interview below and mark your calendars now! It won’t be an evening to miss.

303 Magazine: Where are you from originally?

I am from Switzerland.

How did you get started in music?

Music has always been a way to express joy and emotion for me. As a little child, I was fascinated by singers who I grew up with. My mother had very good musical taste and she was a record collector. My parents were also friends with a member of the Golden Gate Quartet. He used to come to our house to sing and play piano. That was my first injection of black music.

Tell us a little bit about your musical style.

My parents were a kind of cultural fusion. I grew up with French chansons, German interpretations of the great American Songs, as well as with folk and protest song writers such as Bob Dylan, Pete Seeger and Joan Baez and composers like Carole King. Jazz, which was still quite exotic at that time in Switzerland, played a big role in our family. But my favorites were the hot singers like Otis Redding, James Brown and the legendary Cream.

As a singer, I slowly developed my individual style from folk and pop to funk, soul, Latin and finally to jazz. Later, I jumped into rhythm’n’blues and then became a fan of the old-style blues, like that performed by Bessie Smith. 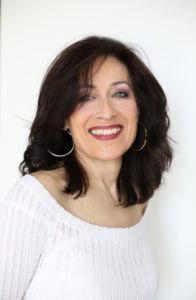 What inspired you to become a vocalist? Did you always know that performing and being an artist was your calling?

Actually, I always wanted to become a theatre performer/actress. But in Switzerland at that time, you needed degree from Gymnasium to be accepted at the official acting school. At the age of 14, I started to play the guitar and I was singing almost everywhere. I found that I preferred to feel more independent and free to do whatever I liked, instead of being dependent on a conductor or an institution like a theatre. At the age of 17, my parents sent me to an opera teacher, from whom I escaped in order to perform music in the streets of London.

Click through to watch excerpts of a Jaccard performance from last fall.

Obviously you are a brave and fearless person, willing to take center stage. Any words of wisdom for aspiring singers out there?

There is always a certain reason why you’re attracted to the stage. This can be a superficial reason like being bored with casual life, but also to be heard or seen as a human being, as well as to get rid of fear. But after all that, it is a unique feeling to be able to share your talent and the music you adore with your audience. But I also think you have to be honest in what you’re doing and transmit it to the audience. This is not an effort at all – it is the spiritual gift of a stage performer. So you have to have a message, even if that message is just a simple feeling or attitude on life, an intensity or a passion, a way to express your love as a human being. As an artist, you’re always a mirror and a projection for emotions or spiritual longings.

How long has your band been performing together now?

My band in Switzerland has been performing for a long time. I have worked with one of the major musicians for almost 27 years.

When did you first realize that you all shared a common goal and purpose? Was the chemistry instant or did it take some acclimatization?

This common goal and purpose is something very precious and you have to constantly work on it. When I met the piano player, Dave Ruosch, it was an instant chemistry. There has to be a common feeling that brings you together, like a love relationship. This love can be a passion for a certain style of music or a common artistic language. The acclimatization takes either no time or it takes years. Those that take years are very precious too, and they create a special commitment that you never have to talk about. 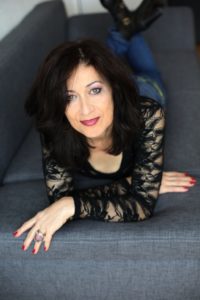 Do you have a favorite memory from life on the road?

To me, favorite memories are always connected with magical moments within the musicians I work with, or tuning in with the audience of course. There were a lot of magic moments like that — everybody participating felt like heaven. These moments are survival nourishment and became a part of my musical personality.

There are a lot of funny, kind of strange memories that I could talk about. One of them was in New York when I stayed with a black family in Harlem. When they had a party, I was entertaining their guests with my piano and singing — the exact opposite situation to the tradition of jazz. This was really something. Or in New Orleans, when I knocked on the doors of black churches to ask if I could rehearse there during the day and told them that I was a Swiss gospel singer; they were looking at me like I was an extraterrestrial human being. But, they were listening behind the door, and came in and gave me a big and heartfelt smile. And when I was invited to sing at their church ceremony, they said afterwards, “‘Christina, you were not only black in your past life, you are black NOW.'” These are really precious memories.

Who are some of your musical heroes and inspirations?

My hero is definitely Nina Simone. In my early years, it was Aretha Franklin, Otis Redding, Bessie Smith, Mahalia Jackson and Janis Joplin, because she opened the stage for white blues singers. But of course Billie Holiday, Ella Fitzgerald and Sarah Vaughan were major inspirations as well. And Sister Rosetta Tharpe, Maggie Bell, Julia Lee, Dinah Washington — not to forget the unique energy of Tina Turner.

Who are you currently listening to?

I am listening to Mozart and to the operas of Haydn. I love to listen to Sam Cooke, Buika and the early recordings of Miriam Makeba.  I still love Abbey Lincoln, Natalie Cole (especially her soul music), Dee Dee Bridgewater (also her time as a soul singer), Big Mama Thornton, Bessie Smith, and some of Madeleine Peyroux, Etta James and Ray Charles. 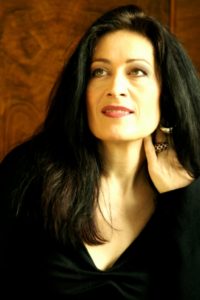 Are you superstitious? Any pre-show rituals we should know about?

No – in this sense I’m not superstitious. My pre-show ritual is just that I like to be quiet before the shows. I sometimes cannot understand my colleagues who are chatting a few seconds before going on stage.

We are recording a new album in August. Another new music project is a program honoring a famous jazz musician in Switzerland: George Gruntz. He wrote an opera, Cosmopolitan Greetings, whose content is the biography of Bessie Smith. I was asked to sing the songs of Bessie Smith.

What’s your favorite thing to do outside of the musical sphere?

Oh, I like to read – at the moment I have all the books of Paramahansa Yogananda and others about Indian philosophy. I like to write — analyze my thoughts and think about the questions of life. I appreciate the quiet hours together with my cat in my wonderful loft apartment in the middle of Zurich.

I don’t have a lot of time to go to the movies, but at the moment, my favorite movie is As It Is In Heaven.

You are playing the Thursday before Memorial Day Weekend at the all-new Thursday Night Live at the Riviera Concert Series– an exciting time at a great venue. What should fans expect from your show come May 21st?

Blues in its original and best meaning –as it is in this moment. I heard in an interview with Billie Holiday that she never sung a song in the same way. As a musician, you have to open your heart to the moment, to the musicians you’re playing with and open your arms to what’s there. I’m very much looking forward to this. It feels like a privilege for me to perform as a ‘stranger,’ but also as a musical virgin in Denver! 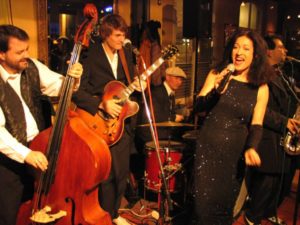