Critically acclaimed producer/DJ, Paul Rose, known onstage as Scuba, is set to entertain Club Vinyl this Saturday with his techno-driven beats. His latest album, Claustrophobia, has been praised by the likes of Pitchfork and Billboard and for good reason; it showcases his range, creativity and unique style. Born from a place of illness and created to fight complacency, this album elicits the turmoil and angst that builds in the mind of a great artist going through a tough time.

However, the tough times are in the rearview mirror now. Scuba is healthy, rejuvenated and riding a wave of energy following the release of Claustrophobia. We are excited he is visiting Denver and ready to play witness to what DJ Mag called the ‘Best Live Act of 2013.’ True to himself, Scuba creates music that pushes the envelope and creates new boundaries entirely; he creates music that he enjoys. His intention has always been to create and perform for the love of music, not to become globally popular — yet here he is all the same. His catalog is proof that there is neither a formula nor scientific equation for producing a hit record. Rather, expressing oneself artistically is something that comes from the heart and soul of a person. It is evident that there is plenty of emotion conveyed in this album, as well as a plethora of hooks, riffs and beats that will inevitably be blasting in nightclubs throughout the summer. Keep on keepin’ on, Scuba.

We had a chance to catch up with the man behind the music and discuss Claustrophobia, his musical style and what to expect come Saturday night. Check out the interview below and get your tickets now! 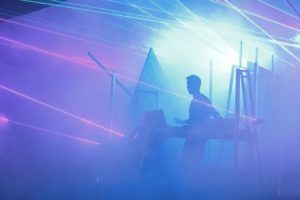 303 Magazine: Where are you from originally?

I was born in London and I lived there mostly until 2007, after which I’ve been living in Berlin.

How did you get started in music?

I played in bands as a teenager and eventually got into electronic stuff, which always made more sense to me. I started a club night in 1999 called Hotflush, and by 2003 that turned into a label — the first release of which was two of my tracks, but under the name Spectr. The Scuba thing didn’t start happening until 2005.

Tell us a little bit about your musical style.

I’ve moved around quite a lot musically, but the last couple of years I’ve been focusing quite squarely as a DJ on techno. But my album Claustrophobia, which came out recently, is more of a wide-ranging electronica record I guess, although the basis for it is still techno.

Did you always know dance music was the genre for you or did you also explore other musical avenues?

I wouldn’t say I’m limited to dance music but everything I’ve done in the past few years has certainly been electronic. But as I mentioned before, I played in bands and that was on guitar, bass and keyboards at various points, and in rock, indie and funk music. So, I’ve done quite a lot of different stuff. 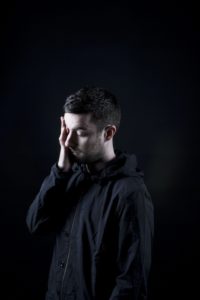 Who are some of your musical heroes and inspirations? Who are you currently jamming to?

I’ve spoken a lot about being influenced by Prince, but I guess that’s not uncommon for any musician really. Growing up with techno I was most into people like Jeff Mills, Laurent Garnier, Orbital and Aphex Twin. Recently, I’ve been listening to a lot of African blues music: Ali Farka Touré and also his son, Vieux Farka Touré, who is a lot less traditional but a really talented guy.

I think it’s fascinating you started your own label, Hotflush, and how far it has come over the years. Can you tell us a bit about how that idea came to fruition?

As I mentioned before, it was originally a club night, but that side of things didn’t last that long and the label was always much more of a focus for me. Having said that though, we still do parties from time to time. Generally I was lucky, because London in the mid-2000s was a very fertile place musically, but it was a time where the traditional model of selling records was changing fast and a lot of the established labels were having trouble adapting. That gave us an opportunity to sign music that wouldn’t have been available to a new label, being run by people who had no idea what they were doing, a few years previously.

Your first album, A Mutual Antipathy, was released in 2008. At that time, did you anticipate the genre’s many offshoots (like EDM) becoming this ubiquitous? Is this a good or bad occurrence in your opinion?

I think generally it’s great that electronic music has gotten so much bigger. There are ripple effects to the parts of the scene that are important to me, so it’s a positive thing generally.

In that same vein, how do you differentiate yourself? What makes Scuba stand apart?

Well, I’ve always done my own thing – I don’t really pay much attention to what’s going on in the wider scene; I just play music that I like and release music that I like regardless of whether it fits with what is fashionable at any given moment. I guess that means that what I do tends to be a bit different than everyone else.

What’s the best part about being onstage performing?

DJing in the house/techno sense of the term is quite a singular skill, and 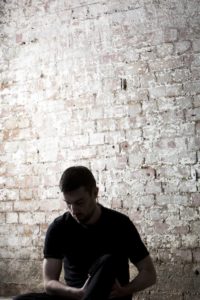 I think it’s misunderstood by a lot of people who aren’t familiar with the genre. It’s about playing for a few hours, having the space to sketch out broad lines and paint pictures with the music you’re playing. It’s a lot of fun, and the experience of taking a room of people on a journey can be incredibly rewarding.

It’s been great; the reaction from the crowds has been really good and I’ve enjoyed all the shows a huge amount. It’s really nice to be able to come to this part of the world, not make any musical compromises and get a great reaction from everyone.

Have you performed in Denver before? If so, what’re your thoughts on The Mile High City?

Tell us about the creative process behind your latest album, Claustrophobia. Some of the song titles are dark and ominous. What were you feeling as you created this album?

It was written in about 10 weeks, immediately after I had to take almost two months off due to a very nasty illness, which required hospital treatment and basically doing nothing at all except sitting in bed. So I was in a bit of a bad place mentally, although I was also very relieved that the whole thing hadn’t turned out to be as serious as it was looking at one stage. I guess if there were a concept, it would be a record of my general experiences last year, which for the most part were pretty difficult.

What’s your favorite album of all time? 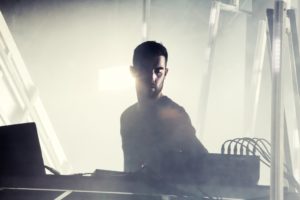 What do you like to do when you aren’t performing or creating music? Any interesting hobbies?

In the last few months I’ve banned TV and the Internet from my free hours and, as a result, have read a ton more books. I’d advise anyone to do the same; it’s a huge lifestyle improvement really.

Finally, what can fans expect come Saturday night at Club Vinyl? What do you hope to leave your audience with?

Well, I was recently on the Essential Mix on BBC Radio 1 and what I played is pretty close to what I’m doing in the clubs at the moment, so have a listen to that and if you like it come down to the show! It should be a good one I think.