Ones to Watch: Keith Gunning and Livia Bianda Bolung

Keith Gunning and Livia Bianda Bolung are two designers we want you to meet. Both students have just graduated from the Academy of Art University and recently showcased their final collections a few weeks ago.

Keith hails form Ireland while Livia from Indonesia. Both designers fall on each end of the spectrum but are equally creative. Keith Gunning is a womenswear designer influenced by art, while Livia is a menswear designer and takes inspiration from sportswear. Both their graduating shows left a lasting impression and we can’t wait to see where these young talents will be in a couple of years.

Ones to Watch: Keith Gunning and Livia Bianda Bolung 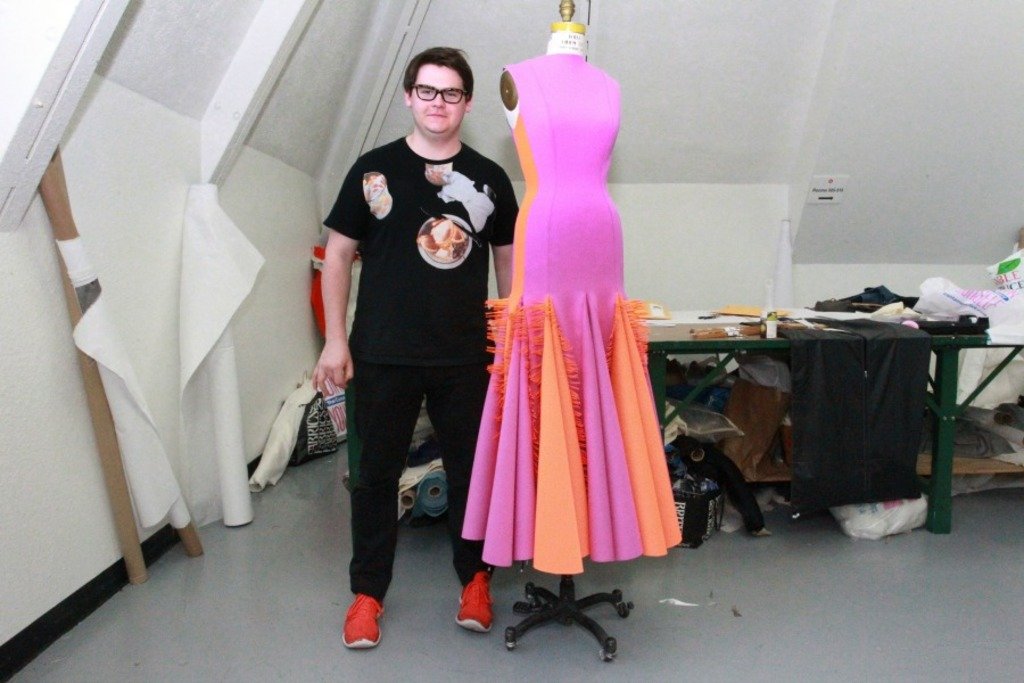 Keith Gunning was born and raised in Galway, Ireland but grew up in Calgary Alberta, Canada. During his college years he attended school in San Francisco and as a result, has experienced more than the average college graduate. “My family did an awful lot of traveling when I was a small child. This experience allowed me to see many different parts of the world.” Keith said. He found that he was always a creative person, choosing to study fashion design because it allow him to manifest this creativity in many different ways.

303 conducted a Q&A with the young designer to learn more about his personal aesthetic, influences and plans after graduation.

303 Magazine: Can you tell us a bit more about your personal design aesthetic?
Gunning: I always like to be incredibly open. I don’t think people should limit themselves to one specific aesthetic. I never really like to say I hate anything. Because tomorrow I could be wanting to wear it.

303 Magazine: What sets you apart from other designers in the field today?
Gunning: I’m not afraid to take risks and to do something that is outside my comfort zone. I think when you take risks and make difficult decisions you learn so much more about your work and about yourself.

303: What major influences have affected your design?
Gunning: I was incredibly influenced by the legendary artist Leigh Bowery. He is incredibly inspiring. And anyone who is not familiar with his work should definitely research him.

303: What plans do you have after graduating from AAU?
Gunning:After graduation I’m heading off to Los Angeles for the summer. I’m interning at BCBG Max Azria in their evening wear department. Then in September I’m moving to France. I was awarded a one-year scholarship to study at the prestigious Studio Bercot in Paris. So I’m very excited for this next chapter in my education. 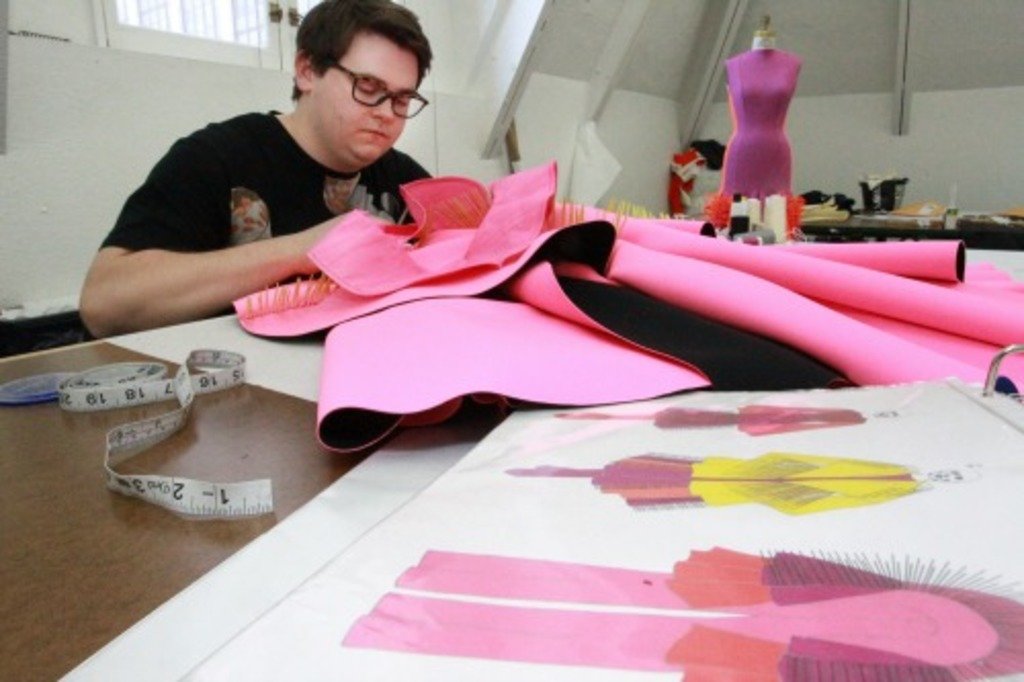 303: How has living in San Francisco influenced your art and design?
Gunning: The city is so beautiful and it’s a pleasure to live here. What really makes it fun is all of the amazing people who come to San Francisco. There so many different people from so many different walks of life that come to the city. These individuals are endlessly inspiring.
303: Where would you like to be in 10 years?
Gunning: I have no idea where I’m going to be in 10 years. At the beginning of this year I had no idea I was even going to be going to Paris. I don’t know how to properly answer this question. But I know I want to be happy and what makes me incredibly happy right now is studying fashion.

303: Your collection is full of color! Can you tell us a bit more about why you choose to use pinks, purples and yellows?
Gunning: I wanted this collection to cause a reaction. It’s very conceptual and the pieces are quite large in scale. I wanted to use odd color combinations that didn’t necessarily go together. A lot of people are afraid to play with color. I didn’t want to be afraid to experiment and that’s what I did in this collection. I wanted to see how far I could push myself outside my design comfort zone.

303: The looks from this collection are very specific. Tell us a bit about your ideal customer.
Gunning: To be honest I don’t necessarily see these looks having any customers. These looks are showpieces there made to be on a runway. They’re not necessarily made to be incorporated into someone’s real-life. The whole idea of the collection was to push myself to the extreme. I was heavily inspired by the artist Leigh Bowery. His work made people think. He wasn’t referencing anyone else in fashion and he was creating something that was sometimes hard to look at. I wanted to do the same thing in this collection. I wanted to create something that caused a conversation that did not incorporate itself and to any real-world scenario. I wanted to take this opportunity to make beautiful art. and instead of a paintbrush I have a sewing machine. 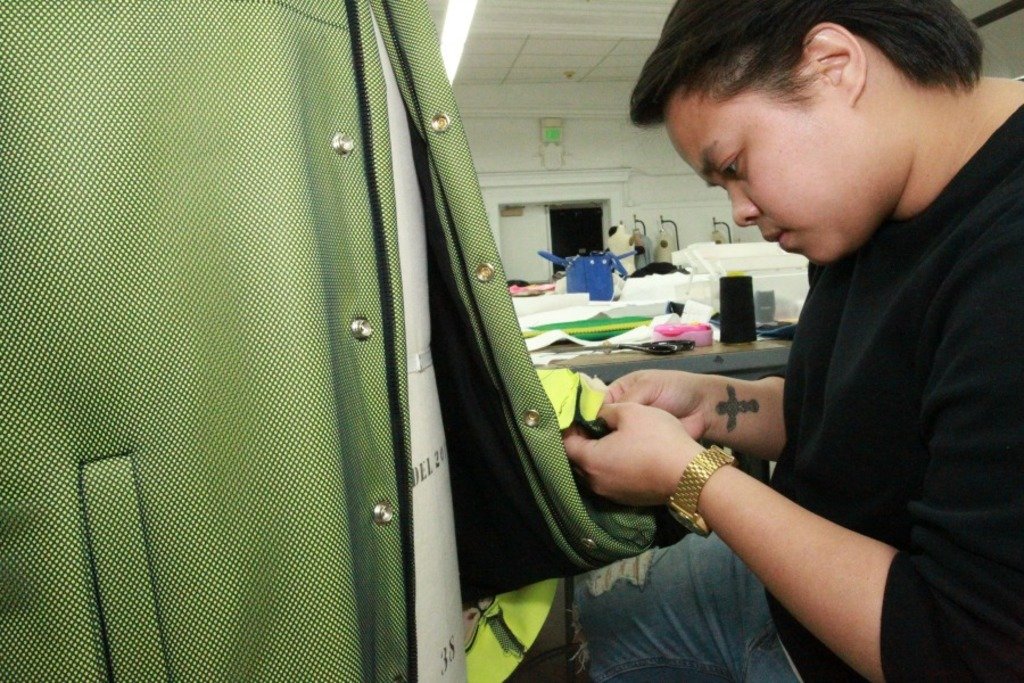 She came to AAU not planing to study fashion but took a fashion illustration course that changed her future plans. “I fell in love with drawing and designing men’s apparel, and by the end of the semester I decided that this is what I want to be doing from here on.” Livia has gone to create a sportswear chic collection which got her an internship with Adidas for the summer of 2015.

303 Magazine: What sets you apart from other designers in the field today?
Livia: I feel like I’m a person who pushes myself, and it goes the same when it comes to designing. The inspiration I have are the things that has already been happening since long ago, but how I turn that into a modern chic feeling through many process of development that results different and new feel of what it was.

303: What major influences have affected your design?
Livia: My passion for sportwear while leading a sporting lifestyle has referenced me to look at sportwear as an inspiration. My creative process evolves around a theme, but I always look back at sportswear and use some elements to my designs, either in fabrication or in colorways.

303: What plans do you have after graduating from AAU?
Livia: Thankfully, I will have the opportunity to intern at Adidas starting August in Portland, Oregon. I’ll be joining their paid internship program until end of the year.

303: How has living in San Francisco influenced your art and design? 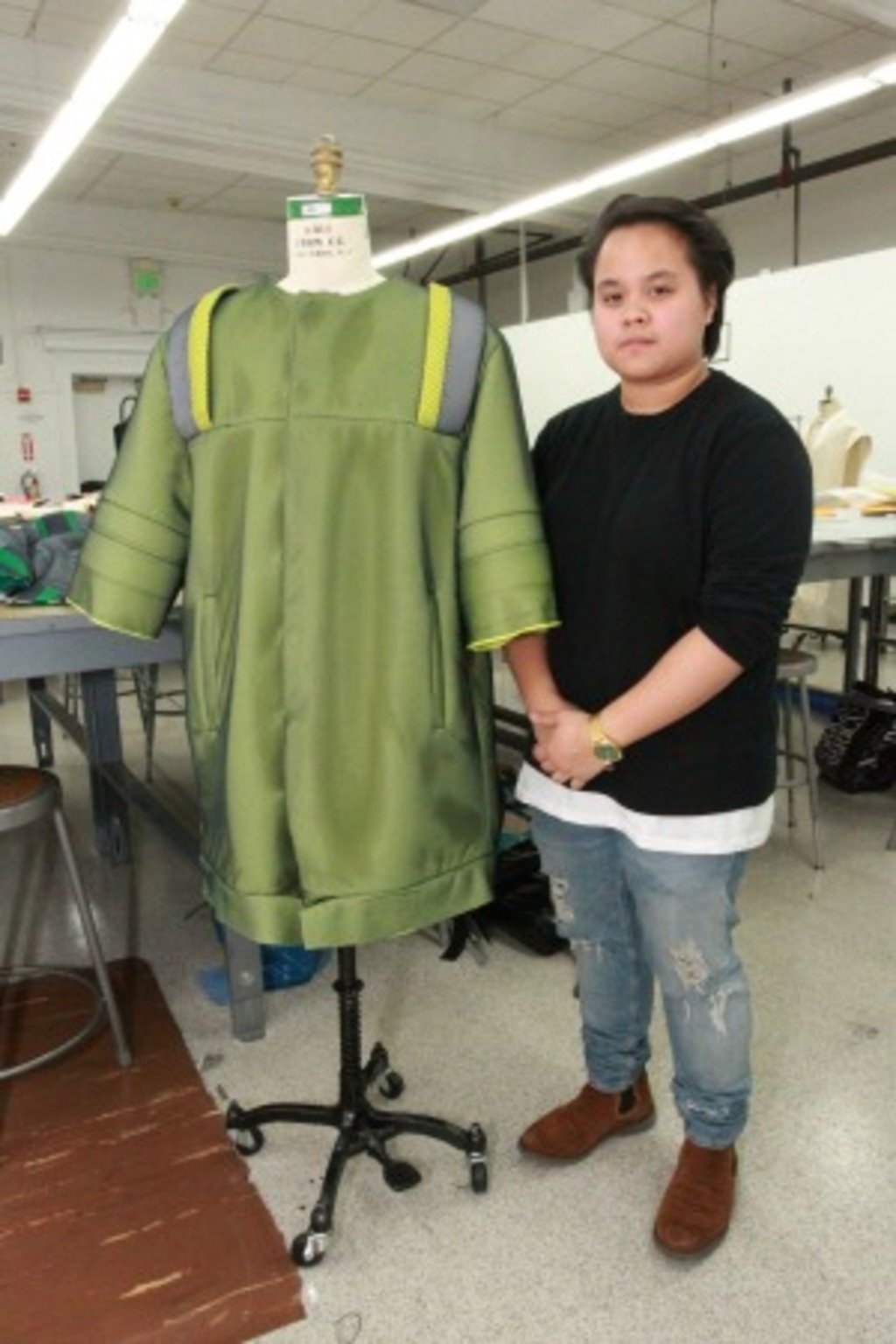 Livia: San Francisco is a city filled with many different cultures and lifestyle, being able to live in it, experiencing it everyday is a privilege. I’ve lived here for 4 years, and the most important thing it taught me is to be open with everything, and the idea of that also apply not only to my life but also to my designing process.

303: Where would you like to be in 10 years?
Livia: In 10 years, I would like to be a creative director of a company, with many experiences.

303: Your collection consist of sporty, constructed looks. Are you ever interested in experimenting with with a more organic form?
Livia: I actually did a few projects that challenge my aesthetic. As hard as it was working on it, I feel that challenges actually pushes me forward, it gives unexpected results, results that you never imagined from the beginning of the process, and that is why I am open to experimenting with organic forms, since it’s the total opposite of what I’ve been working on.

303: Have you always been interested in designing menswear? Do you have any interest on expanding to womenswear in the future?
Livia: I feel like now that I’ve been exposed to the menswear industry, I want to learn more about the womenswear. This feeling of wanting to do womenswer started when I first got my internship at Alexander Wang. The menswear team worked closely to the womenswear, we see how each other work and think, and that makes me very interested in knowing more about the womenswear. I want my knowledge in fashion to not only limited to menswear, but also to womenswear. I am excited to learn more things I’m not familiar with.