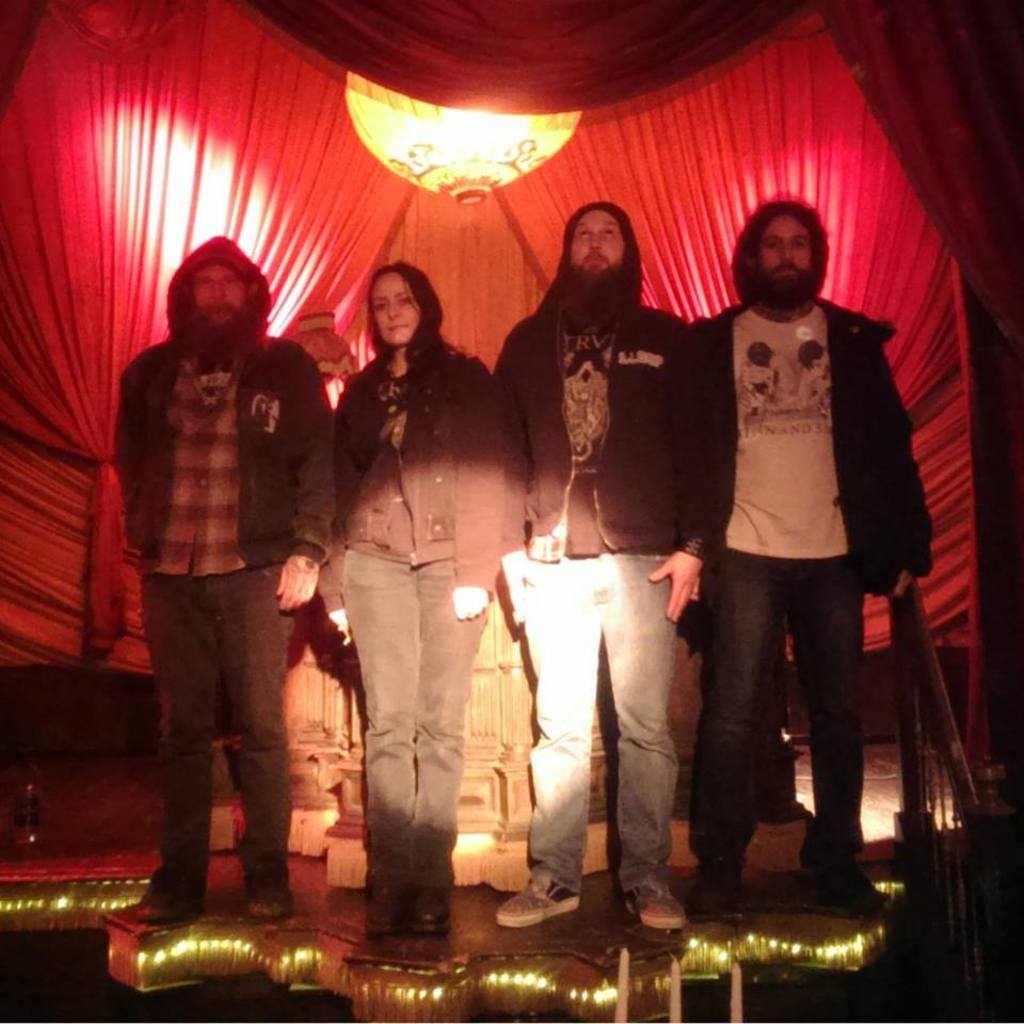 Metal Meltdown: Seven-One-Grind, Brothers of the Sonic Cloth and More

This week sees some awesome bands coming in from out of town, some great local shows and there’s a huge festival down in Colorado Springs that is definitely worth the drive. Even though the weather doesn’t show it, it’s now officially summer, so get out of your house and check out some metal shows! 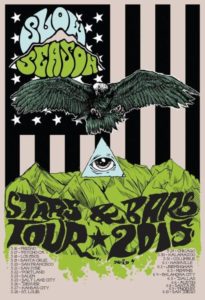 Slow Season out of California are more psych than doom or metal for sure, but they are definitely ripping and fun to listen to – think Canned Heat and classic rock, not experimental, noisy psych – therefor appealing to anyone with a love of classic rock and metal. Opening the show will be local acts Cloud Catcher, self-described “cosmic heavy rock,” who will be tearing things up along with local favorites Dead Temple. Tuesday will be the last night with Dead Temple’s original “doom wop” lineup, i.e. three female vocalists, as one or more of the vocalists will apparently be departing soon. The intensity of their vocal assault is not to be missed, so come out and catch it one last time. 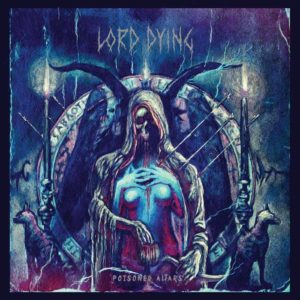 Portland-based purveyors of the heavy riff Lord Dying are returning to Colorado for the third time in what seems like many months this Tuesday for a headlining show at the Black Sheep in Colorado Springs. These guys have been touring pretty much non-stop since releasing their awesome new album Poisoned Altars back in January and it seems they have no plans to take a break anytime soon. Joining Lord Dying will be local acts Tree of Woe, Grindscape and Night of the Living Shred, so if you’re in need of a venue to whet your liver and bang your head on Tuesday night, catch this show!
Who: Lord Dying, Tree of Woe, Grindscape, Night of the Living Shred
Doors: 7:00PM 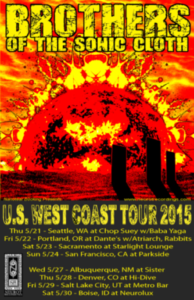 Brothers of the Sonic Cloth @ Hi-Dive – Thursday, May 28

Although names like Nirvana, Soundgarden and Alice in Chains are a given when discussing Seattle’s legendary grunge scene, there was another lesser-known but no less important band that emerged from that scene around the same time and has since become a legend in underground metal circles: TAD. Led by frontman and riff-master Tad Doyle, TAD was perhaps the most underrated of the Seattle grunge bands and had an impressive discography to boot. They disbanded in 1999 and now 16 years later, Tad Doyle has returned with his wife and bassist Peggy Doyle and drummer Dave French under the moniker Brothers of the Sonic Cloth. The band released their debut self-titled album earlier this year and they’re embarking on a brief stint through in the Midwest in support of the album. They’ll be hitting Hi-Dive this Thursday, and to make the evening even more awesome, local doom acts Khemmis and In the Company of Serpents will be opening. Don’t miss this one!
Who: Brothers of the Sonic Cloth, Khemmis, In the Company of Serpents
Doors: 8:30 PM 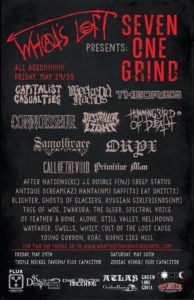 Seven-One-Grind @ Multiple Colorado Springs Venues – Friday, May 29 and Saturday, May 30

Metal fans who are bummed you live across the country from Maryland and did not have the funds to attend Maryland Deathfest last weekend, rejoice! Colorado is putting on our own metal fest this weekend that is not looking too shabby itself and in the unlikely spot of Colorado Springs, nonetheless. The event page states, “Colorado Springs has a reputation of being a conservative christian, army town. though that does exist, there is so much more that Colorado Springs has. Great small venues, excellent bands and a striving DIY scene. come out to this two-day festival to showcase killer grind, doom and more in the some of the springs finest venues and DIY spot!” Among just a few of the amazing acts playing are Capitalist Causalities, Weekend Nachos, Samothrace (coming back for more, even though they were just here with Conan) and local all-stars Primitive Man, Call of the Void and Spectral Voice. The show will take place on Friday at Triple Nickle Tavern and Flux Capacitor in the Springs and on Saturday at Zodiac Bar and Flux Capacitor.