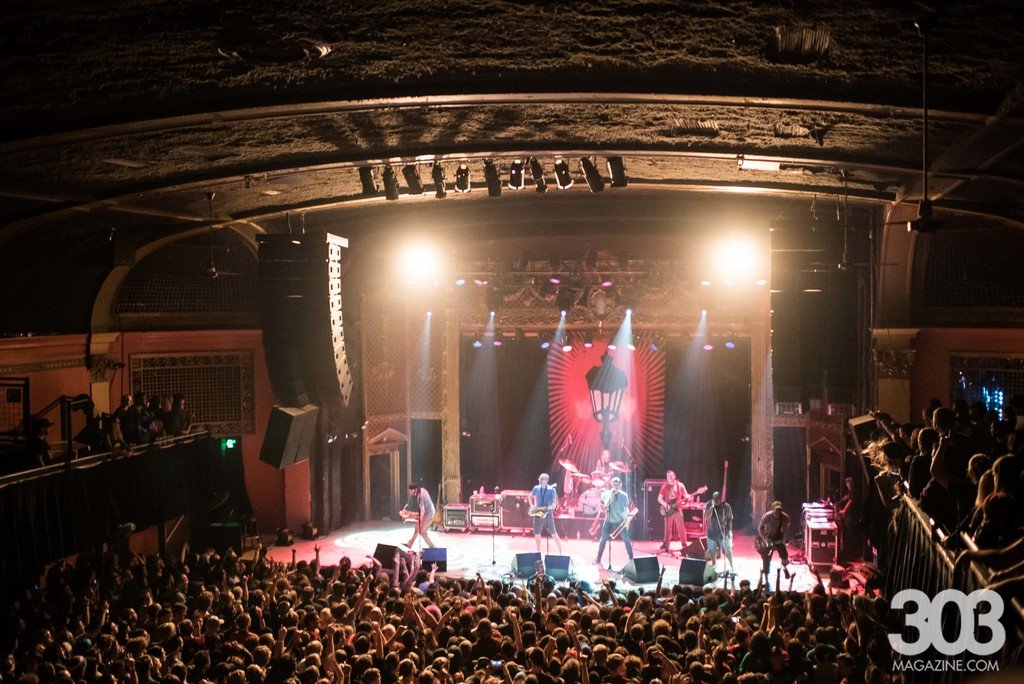 9mm and a Sold Out Streetlight Manifesto Show at the Ogden

The Ogden welcomed back veteran Ska band Streetlight Manifesto to its wide, open arms of Colfax on Tuesday, which the skanking fans of Denver responded to by leaving no ticket left behind. The show proved that the seven members of the punk-ska revolution still have it thirteen years later. 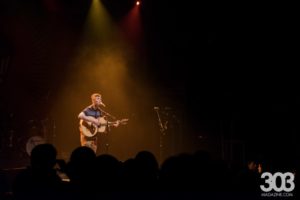 The evening began promptly on time with Sycamore Smith, who wowed the growing crowd with his signature style and lyricism.

Dan Potthast hopped up onto the stage next to rock out, opening his set with “Raw Fish” despite touring solo and without his usual band of misfits, otherwise known as MU330.

From there he and his acoustic set went into “KKK Highway” receiving aide in percussion from the stomping feet and smacks of claps along with the colorful lyrics. “Thanks for the drum machine,” he chuckled into the mic. 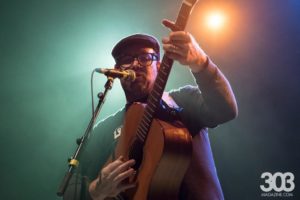 He then admitted to writing Denver its very own song, a concept that received yelps and cheers as he cooed references to air quality and recreational habits.

Classic favorites like “Heartbeat,” “Riot,” and other tunes about parties, college, pizza, and parents filled the rest of the set until Potthast decided it was time to pass the baton to the main attraction.

In snatching said baton, Streetlight Manifesto rushed into the Ogden’s spotlight, riveting the fans with an eccentric “Watch it Crash” as their first lick of the evening. “The Three of Us” and “We Will Fall Together” blasted out from the trumpet, bass, baritone, drums, trombone, saxophone, and Tom Kalnoky’s guitar in front of the giant red streetlight picture hanging in the background. 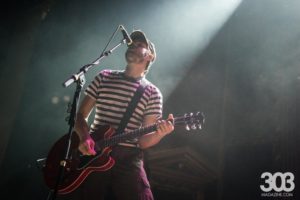 When the septuplet handed the moshpits “With Any Sort of Certainty” there was no lack of certainty that the masses knew every word, as the “Oh My God’s!” exploded above their jumping bodies. Before you could soak in all of the nostalgia from 2007’s “Down, Down, Down to Mephisto’s Café,” they brought out the nostalgia song of all nostalgia songs, “Keasbey Nights.” The waves of Catch 22 (the band that was and still is a home to members of Streetlight) and Bandits of the Acoustic Revolution’s “It’s a Wonderful Life” just added a reminder to the evening of the large amount of music these musicians have gifted their fans since the mid 90’s. 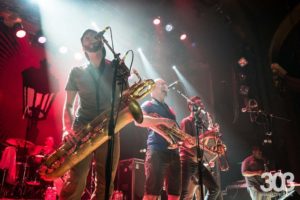 The night couldn’t be all about the oldies though, “Hands That Thieve,” came into the mixed set of the Ska-Punk hours of darkness. After a few more songs including “Somewhere in Between” Tom finally got to talking to the crowd, sarcastically stating, “Here is the last song, everybody! We are definitely not coming back to play more songs!”

Going against his words, of course, he and the other members jumped back into things, dishing out an encore of “Here’s to Life” and “The Big Sleep.” Just like that, with a very quick “Good-bye!” they ran off yet again, promising to return next year. When they do, buy your tickets early.