The Get Down: Method Man, Snoop Dogg, Vance Joy, OK Go and More

Greetings Denverites! Welcome to another installment of the The Get Down. There are so many great concerts coming to our dear city this week that it’s hard to know where to even begin. Whether you’re celebrating 4/20 with some of rap’s biggest names or letting off some steam at a punk rock show, there’s a little something for everyone this week. Let’s take a gander, shall we? 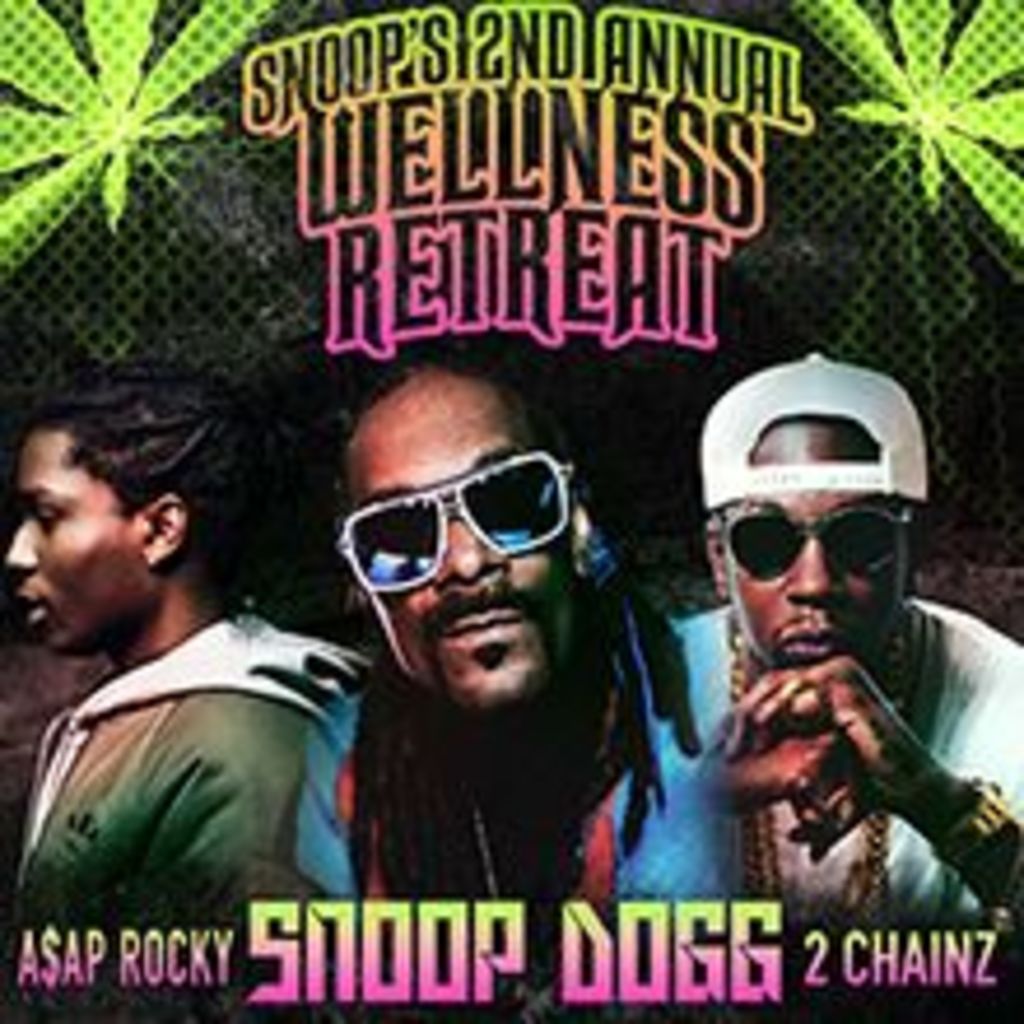 America’s most popular weed-friendly rapper Snoop Dogg is celebrating 4/20 in style this year at Fiddler’s Green for what is sure to be a day full of hazy fun. Joining him for the festivities will be fellow rap icons A$AP Rocky and 2Chainz, so if you’d rather not partake in the Civic Center Park madness, this show is a great alternative where you can still get your smoke on.

420 in the Streets feat. Method Man and Redman, Cypress Hill and more @ Cervantes

If Snoop isn’t really your strain of weed but are still looking to catch a show on 4/20, then perhaps you’ll want to head to Cervantes and celebrate with Method Man and Redman. These two are of course best known for their roles in the 2001 comedy film “How High,” but they’ve led equally successful careers as rappers, and as if the title of their movie didn’t give it away, they love marijuana and want to celebrate 4/20 with a bang. That’s why they’ve invited along Cypress Hill, Collie Buddz, Flatbush Zombie and many to participate in the fun.

José González @ The Gothic *SOLD OUT* 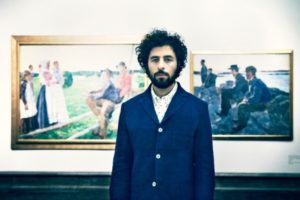 Not everybody celebrates 4/20, and for those who don’t there’s still a great show to attend where you can avoid the secondhand high. Internationally acclaimed singer-songwriter José González is performing at the Gothic this Monday in support of his brand new album Vestiges & Claws. The show was originally scheduled for April 21, but was moved to this night. The only bad news is that it’s sold out. However, there are probably some secondhand tickets available somewhere, so be sure to get on those if you’re looking for a concert to attend tonight! 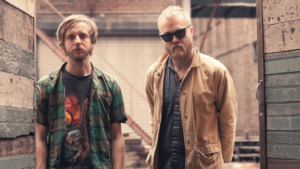 San Francisco-based folk-rock duo Two Gallants are gracing the Bluebird with their presence this Tuesday evening along with Nashville rock n’ rollers Blank Range. Two Gallants are touring in support of their new album We Are Undone, so you can expect to perform some new songs. Both bands’ catchy and upbeat tunes are sure to make this a fun show.

Vance Joy @ The Gothic *SOLD OUT* 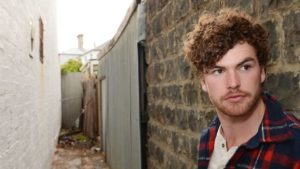 Vance Joy is relatively new to the indie pop scene, but he’s already garnered accolades that precede those of some of his peers. His debut EP God Loves You When You’re Dancing was a hit in his homeland of Australia, and his debut album Dream Your Life Away earned him an opening spot on Taylor Swift’s The 1989 World Tour. He’ll be playing to a sold out audience this Tuesday evening at the Gothic, so those lucky to enough to have scored tickets will get to see what the hype is all about.

Sub.mission 8 Year Pre-Party and Electronic Tuesdays @ Cervantes Other Side 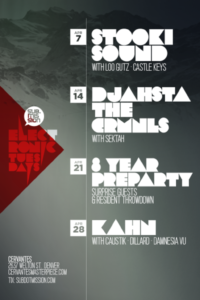 Every Tuesday, local dubstep promoters Sub.mission throw an awesome underground music showcase, and this week is special, because it marks their eighth anniversary as a promotion group, as well as the pre-show for their big bash this Saturday. It will also be a showcase for the DJs who will be playing Sonic Boom. Headlining the show will be a surprise guest – stay tuned to see if they leak the news or keep it as a surprise. The event will be opened up with a local showcase, featuring Swayd, Bean, Evasive, Thanom, CORD, Subliminal, and Dubwol. The show is free before nine, and five dollars afterwards.
Who: Swayd, Bean Evasie, Thanon, CORD, Subliminal, Dubwol
Doors: 8 p.m.
Cost: Free before 9 p.m., $5 afterwards

Legendary punk rock outfit Alkaline Trio are stopping in Denver for not one, not two, not three but FOUR nights beginning this Wednesday for a special concert series during which the band will perform all eight of their albums in their entirety. Denver has always been home to a burgeoning local punk scene, and its always been good to the bigger name punk acts that come through town, so perhaps this is Alkaline Trio’s way of saying “thank you.” Either way, these four nights are a dream come true for any fan of Alkaline Trio or any punk fan in general and should not be missed. Pinhead Circus will be opening the first two nights, Allout Helter, the third, and Poor Me, the fourth. 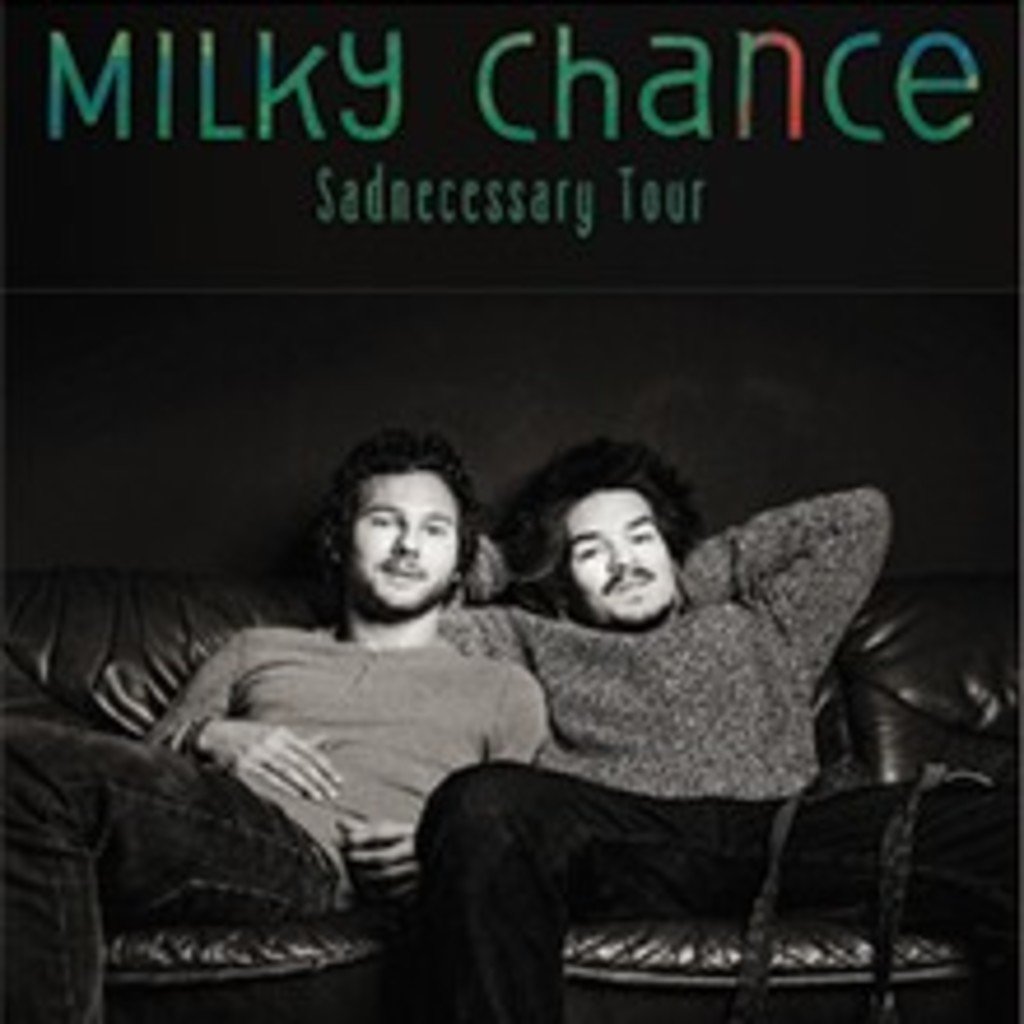 German “folktronica” duo Milky Chance are a little out there as far as popular music is concerned, but I think that’s a good thing. They’re still reeling from the success of their 2013 debut album Sadnecessary, and this Wednesday they’ll be bringing their unique blend of folk and electronic to a sold out audience at the Ogden. Joining them will be fellow German alt rock trio Mighty Oaks, making this a diverse and international display of music.

L.A. indie-folk outfit Lord Huron are hot on the release of their sophomore album Strange Trails, and they’re embarking on a U.S. tour in support of the album with a stop at the Gothic this Wednesday. Gospel/soul singer Leon Bridges is opening the night. The show is sold out, so if you snoozed then you’re going to miss out, but fear not, for Lord Huron will be back in Colorado in August playing the Mishawaka Amphitheatre in Bellvue. 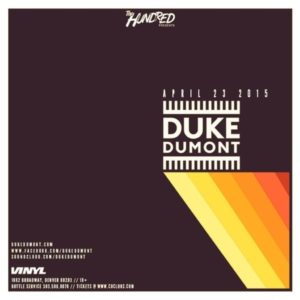 UK-based deep house DJ/producer Duke Dumont will be bringing down the house this Thursday at Denver’s own Club Vinyl for a night full of bass, booze and beats. He’s had several tracks reach number one on U.S. Dance Club charts, including “I Got U (feat. Jax Jones)” and “Won’t Look Back,” and he’s one of the UK’s hottest dance music commodities. Joining him will be local electronic duo Need & Necessity. 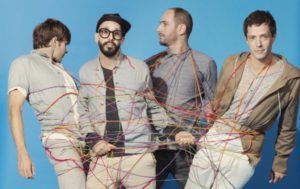 Alternative rock quartet OK Go have been enjoying increasing popularity since the early 2000’s, and it only seems to be growing, especially after the release of last year’s Hungry Ghosts. The band will be performing live at the Ogden this Friday night by their lonesome for a special “An Evening With…” concert, only to be followed by an afterparty at Lost Lake Lounge where the band will act as DJ for the remainder of the night into the wee hours of the morning. Don’t miss this fun and eclectic band. Afterparty starts at 12 a.m. and is $5 in advance, $10 day of show. 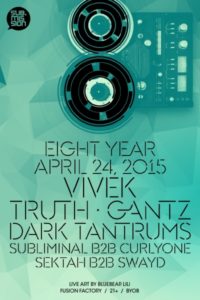 That’s right, Sub.mission have been around for eight years now, and this Friday, they are celebrating that massive achievement with a huge blowout at Fusion Factory. Headlining will be none other than dubstep duo Truth from New Zealand, and Gantz from Turkey and Dark Tantrums from the UK will be playing beforehand. The opening acts for the night are back to back sets from Subliminal and CurlyOne, as well as Swayd and Sektah. Tickets are $30, and the event is sponsored by Raw rolling papers. 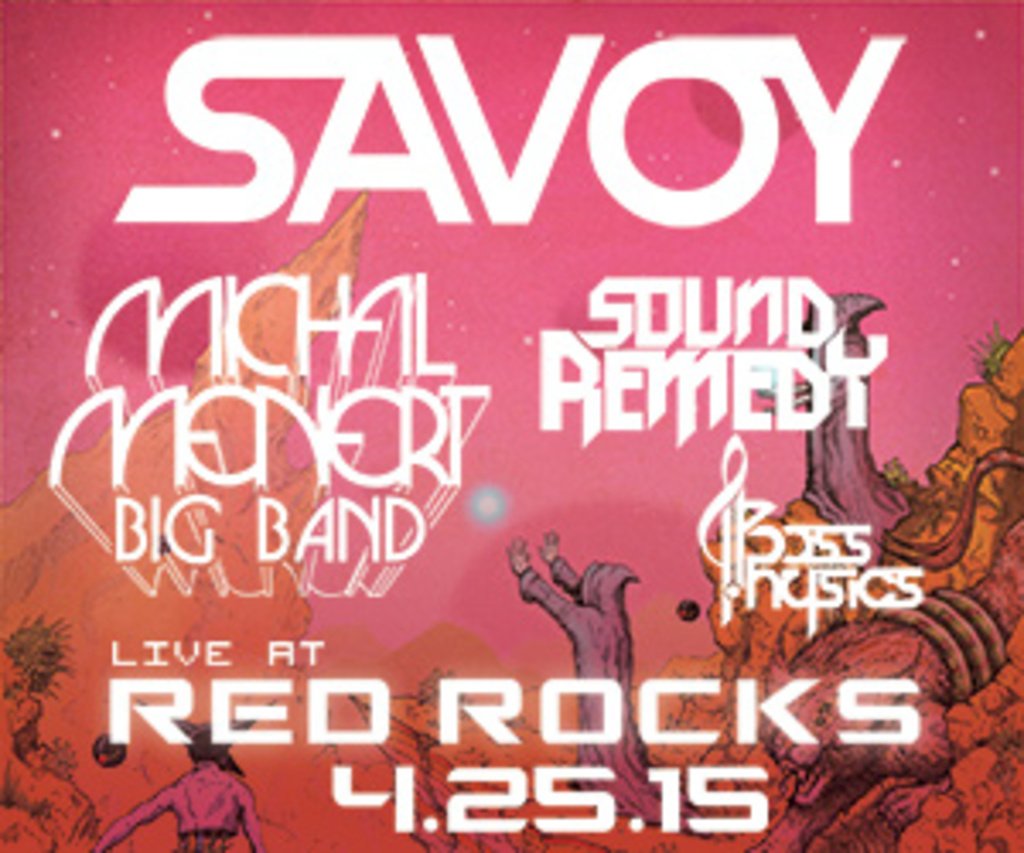 Boulder-native but Brooklyn-based electronic rock trio Savoy will be bringing their amazing live show to Red Rocks this Saturday for a night that must be experienced to be believed. Their live show has been hailed by many as one of the best around  and features one of the best live laser shows you’ll ever see. If you’ve had a long week and feel the urge to dance the night away, head down to Red Rocks and catch Savoy.

The Unified Field – Sonic Bloom Pre-Party @Cervantes Other Side 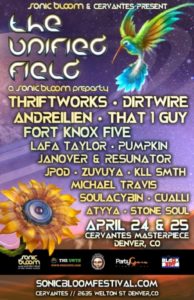 Sub.mission has also organized a massive pre-party for the giant outdoor music festival Sonic Bloom, to take place this Sunday. The lineup will feature such names as Thriftworks, Dirtwire, Andreilien, and more. Tickets are $30, and there will also be vendors, live painters, and other visualizations.