Last week Denver whisky enthusiasts were given the chance to attend Raise the Macallan, a whisky tasting that provided attendees with the opportunity to taste four different whiskys made by The Macallan. The event also featured information on the history of single malt Scotch whisky and a tutorial on how to taste the spirit.

The tour moves on from Denver to Austin this week, and then continues to Chicago and NYC after that. All of these events are already sold out but no worries 303 Magazine has the scoop on what you missed: 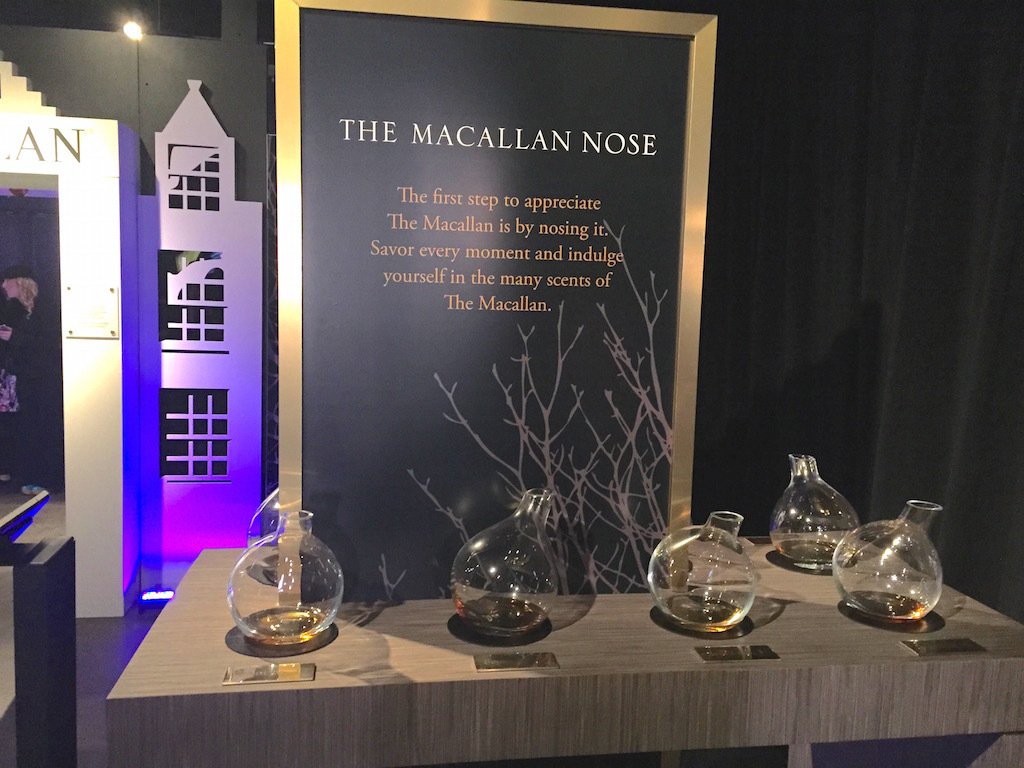 First and foremost, the four whiskys were the reason everyone was there. Upon entering, guests mingled while sipping on a free Scotch, and learning about The Macallan. There was a table with four carafes of whisky that people could smell while reading about the distinct smells of the various options. Along another wall was a glass box with five bottles where each were individually lit to showcase the color nuances. Next to this were examples of the “curiously small stills” that the distillery boasts provides The Macallan with its excellent flavor.

When the tasting presentation started, guests were provided four different whiskys, one at a time, and guided through a sampling. The whiskys started with the least expensive, the Fine Oak 10, a light whisky with hints of vanilla and fruit. The following Sherry Oak 12 is, according to the Macallan website is”a dram to be enjoyed with friends,” and has a smooth, smoky flavor. The next sample was the Fine Oak 15, which had hints of chocolate and orange and was subsequently  paired with chocolate-orange truffle. Finally, the attendees were treated to Rare Cask. This tour is the first time this whisky has been available to the public and Denver is only the second city to have tasted it. The Rare Cask is sourced from the most expensive and exclusive casks, using only handpicked Spanish sherry seasoned oak casks, and is a combination of complex flavors including chocolate, citrus and raisin. This whisky is recommended served with an ice ball for minimum dilution. 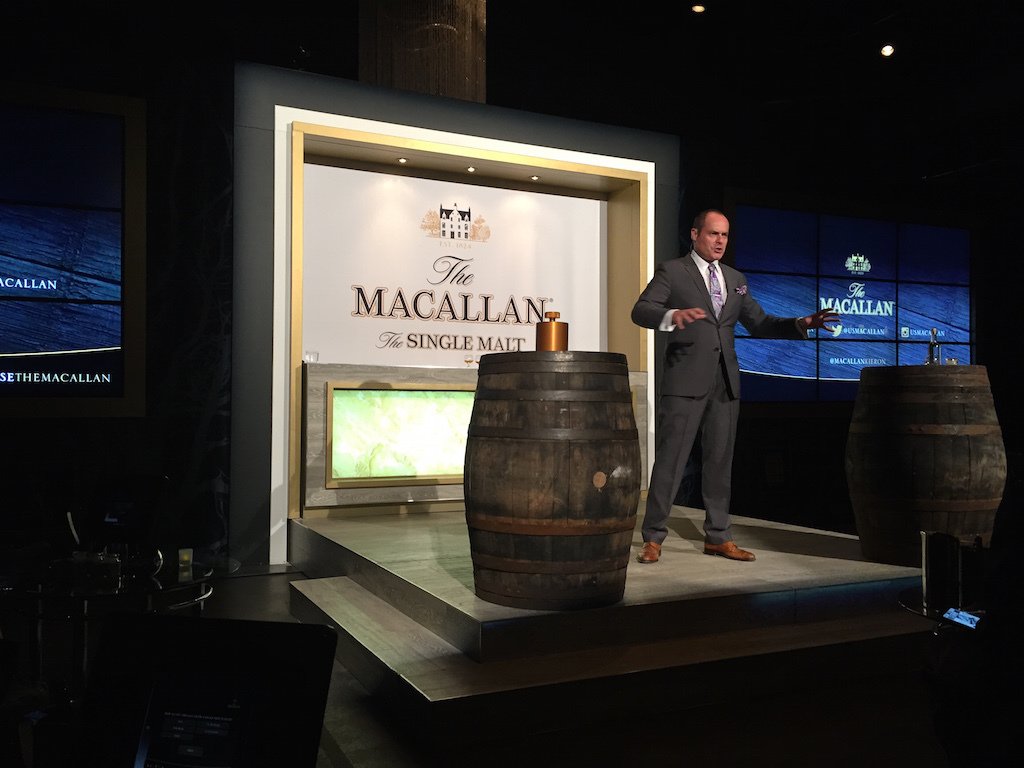 The tasting of these whiskys was broken up by an entertaining and humorous presentation led by host, Kieron Elliott, the Macallan Brand Ambassador. Guests were provided with information from both a video presentation and from Elliott himself, creating a dynamic presentation that kept the audience engaged and interested. Guests learned the story of The Macallan, peppered with jokes from Elliott, and learned about the small stills, the small percentage ultimately used, and the very particular oak casks. More of this information is available in 303 Magazine‘s article “5 things you should know about The Macallan”.

The audience was then led through the proper way to taste whisky: no swirling as in wine tasting, breathe it in multiple times, and then taste only a tiny bit and chew it between your teeth to release all the flavors. The audience was given very little instruction about what they should taste and were instead asked what they could detect on a tablet device at each table. The results were presented after each whiskey was tasted, effectively crowd-sourcing the flavor notes.

Here’s to the heath, the hill, and the heather,

The bonnet, the plaid, the kilt and the feather,

Here’s to the heroes that Scotland can boast,

May their names never die,