When I first heard the permeable vocals, mystical island melodies and visionary sounds of Milky Chance, I was instantly hooked. I checked tour schedules each month, wondering when this German duo would make their way to America. Finally, I got my wish, and the guys certainly did not disappoint. 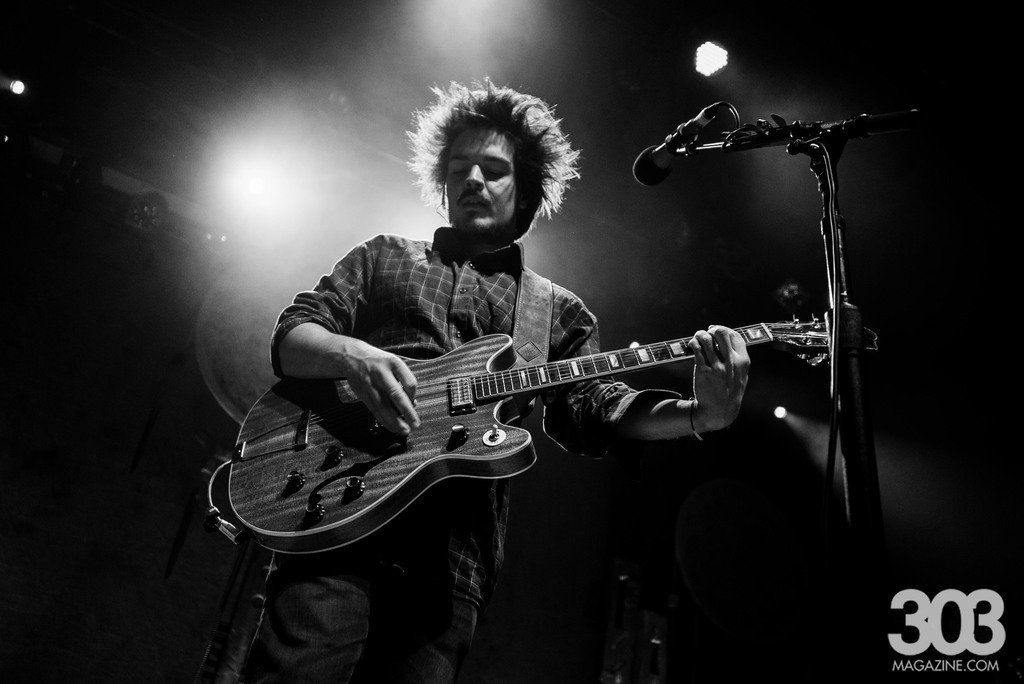 An assemblage of all sorts gathered at the Ogden Theatre last night. From underage teens throwing their x-marked hands in the air to middle-aged couples unabashedly boogying in the aisles, every target audience in Denver seemed to be present.

Might Oaks kicked off the night with their sweet, banjo-laden sound. Surprisingly sounding much more like Mumford and Sons than Mumford and Sons currently does. The band rocked the house and set the stage for Milky Chance.

The stage was adorned with monolithic dreamcatchers, with centers festooned from giant, looming moons. The vibrant lighting and eerie fog created a mysterious atmosphere but the music somehow mismatched the set. I’ve listened to the group’s debut album Sadnecessary countless times and I was still not prepared for the reggae-infused sounds floating from below. 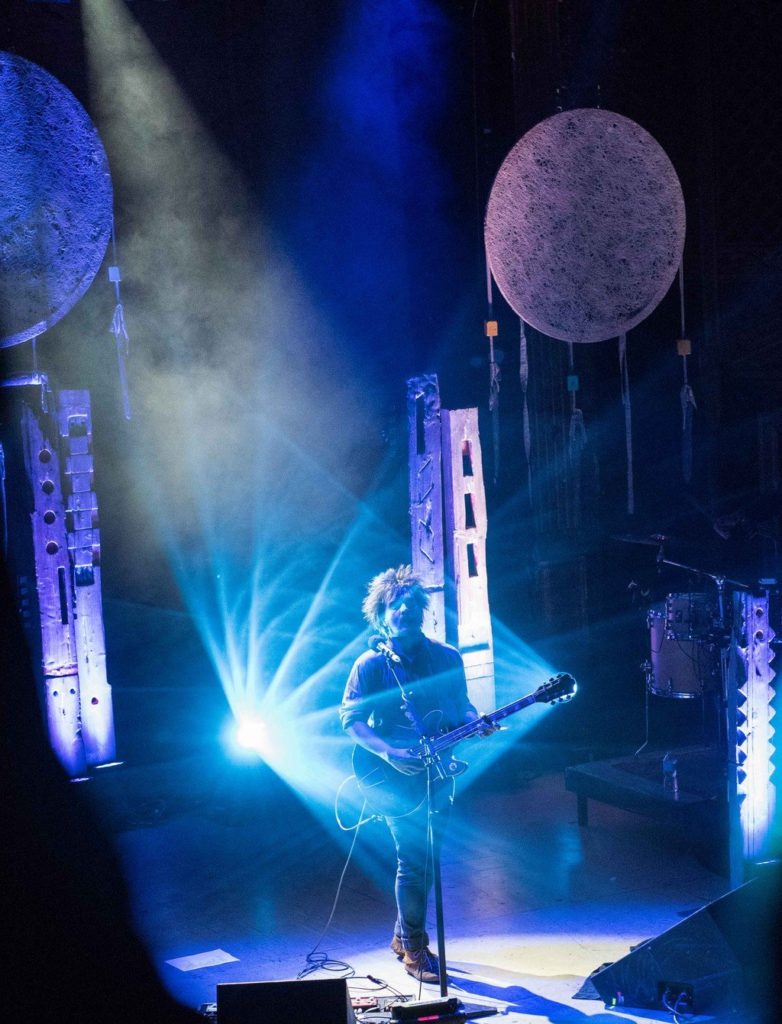 Clemens Rehbein—whose towering coiffure is the focal point of the entire show—has a voice that sounds a bit like the feeling of when you grasp a handful of sand tightly in your palm, twisting and twirling the grains in your palm. It’s gravelly, crestfallen and effusive, transporting you to his own sumptuous private island where you’re all dancing barefoot, illuminated by innumerable stars overhead. Phillipp Dausch kept the crowd moving, permeating Clemens’ unforgettable voice and dexterous guitar playing with bass-heavy, island-infused, mellifluous beats and nimble percussion. His electric bongos dually complemented my musical island fantasy.

The band, accompanied by bassist and adroit harmonica player, Antonio Greger, began the night with “Stunner.” Clemens, whose accent is decidedly harder to understand through his microphone, smiled and laughed his way through the song, the music an unpretentious panacea for all his worldly problems. The melodies fell into the hollow-popping sounds of “Fairytale” and the crowd marched their way further into the set.

Though incipient in their musical careers, the two streamed onto stage with the stage presence and confidence of seasoned veterans. Lilting from heel to heel, Clemens moved so freely that his locks fell listlessly across his face by the end of the night, a combination of sweat and gravity pilfering their loftiness. 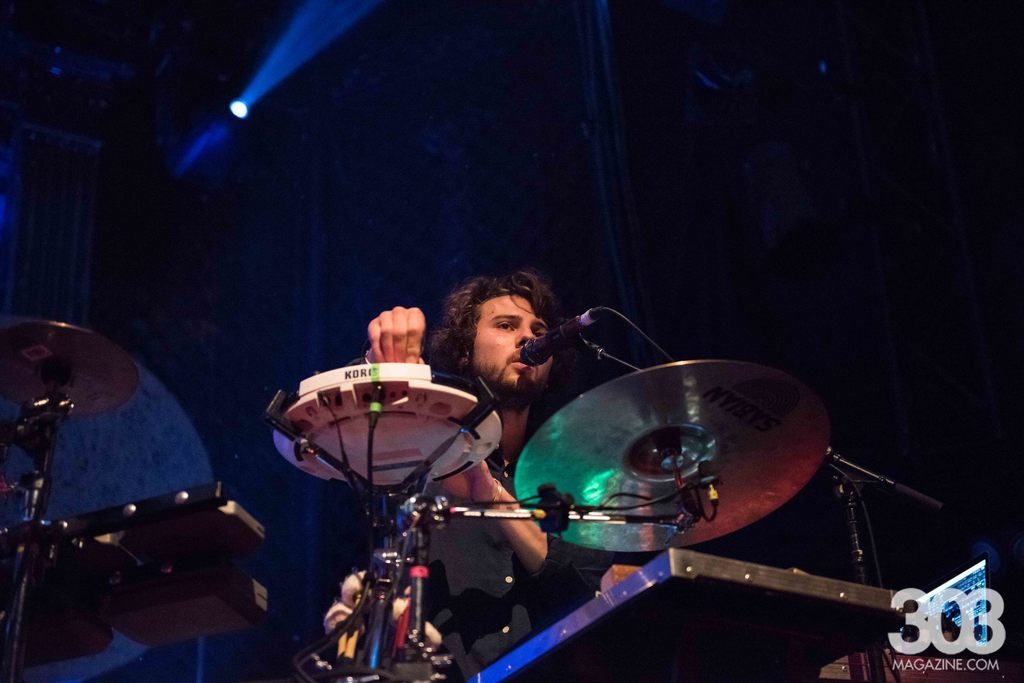 The band dove into “Sadnecesary,” sending the crowd into frenzied shouts. The men didn’t stop to waste time on loquacious interludes, but instead took extra moments to jam, their instruments guiding us into a diaphanous haze of island harmonies.

Clemens really caught his stride halfway through the show, diving headfirst into tracks like “Flashed Junk Mind” and “Sweet Sun,” where Greger dazzled on an interminable harmonica solo.

Then there was “Feathery,” a track I must admit didn’t catch my ear as much as others on the album, but somehow gamboled effervescently off the stage and rippled through the sound waves and into my soul. Clemens prefaced the song with an acoustic rendering as the lights dipped low and finally darkness occupied the room. A few moments later, he emitted a low, coy “BOO,” the lights rose and the breakdown ensued as Clemens shred his lengthy guitar solo with ease and carefree expert.

An acoustic prelude loaded subtle hints as the men broke into their chart-topper, “Stolen Dance.” The crowd unraveled in shrieks and whoops, finally excited to know all the words to one song. 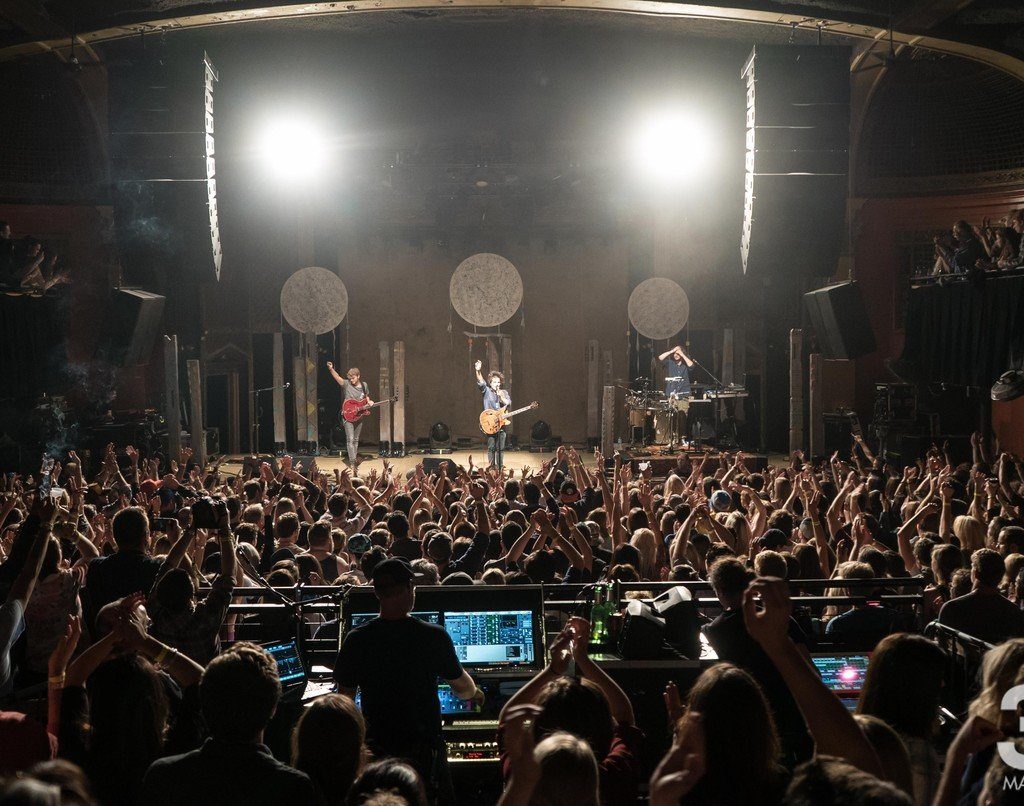 A short encore left us with “Becoming” and another hit, “Down by the River.” Ebullient fans left the show a little more light-footed than they entered, from both contact high and the buoyancy a flawless set provides.

If I described the surefooted performance of Milky Chance, it would be with three words: they’re headed up. Whether there was already a place for island-infused electronic reggae-rock or they forged something completely new and brilliant, one thing is certain, Milky Chance is here to stay.