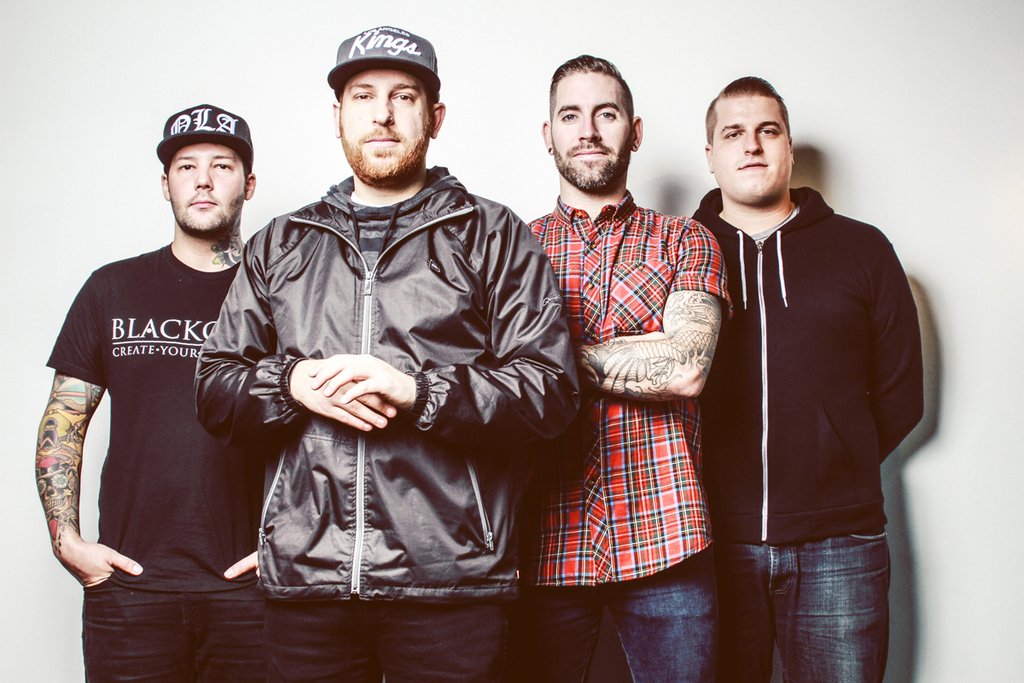 The Ghost Inside: Are “Out Of Control” In CO Springs

Fresh off the release of their latest record, Dear Youth, The Ghost Inside bring their sizzling brand of melodic hardcore to The Black Sheep in Colorado Springs for the “Out Of Control Tour.” Accompanying The Ghost Inside will be the ever-terrifying, seasoned veterans The Acacia Strain, and up-and-comers In Hearts Wake and Gideon.

Dear Youth is an assemblage of The Ghost Inside’s customary frenetic pacing with a now full-on display of their more affectionate, melodic movements that — since their last release (Get What You Give) — seemed to have been intermittently incorporated into their style. Though with crushing tracks like “Avalanche” and “My Endnote,” it’s no surprise that The Ghost Inside are still recognized for what they do best.

Jonathan Vigil (lead vocalist) guides the audience through Dear Youth‘s moments of incessant turmoil, until finally the reprieve we’ve been needing (“Phoenix Flame”) hits it’s mark. And he continuously whispers, “Breathe in / Breathe out.” As to give us a cue that this would be the time to catch our breath before heading back into the trenches for the latter half of Dear Youth‘s aural war zone.

But, what should be noted from this is that if the “Phoenix Flame” is any indication of what the future may hold for The Ghost Inside, as far as style and sound go, then fans should be immensely excited; for what The Ghost Inside bring to the table in heaviness, they equally demand in precision and melodicism. Which is exactly why a tour like the “Out Of Control Tour” will be a treat for fans both new and old.

If you’ve never checked out The Ghost Inside before, I’d suggest starting at their formative breakthrough release (Fury And The Fallen Ones) before moving on to Get What You Give and Dear Youth. Hearing their debut record before their more matured releases will give you an idea of what progression for a niche band like The Ghost Inside really sounds like — and how even the subtlest of changes in style, melody and tone (with the addition of clean vocals) have allowed The Ghost Inside to evolve and develop into so much more.

Check them out next Wednesday (March 18th) in the Springs for a raucous show you won’t want to miss!

Photo and video courtesy of The Ghost Inside and Epitaph Records.