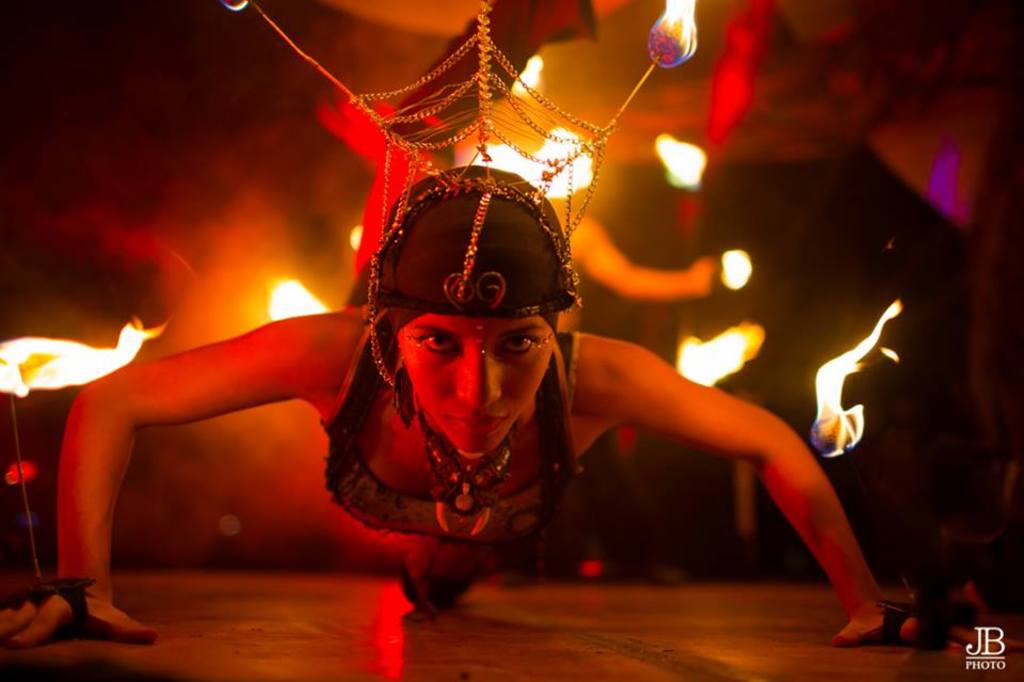 Costa Rica is a biodiverse place. Five percent of the world’s plants and animals call the relatively small Central American country home. Still, you’ll rarely see a zebra in Costa Rica—especially since the government has apparently begun shuttering its public zoos in recent years. Envision Festival attendees experienced an exception last Sunday morning when a quad stilt version of the stripey African steed ambled through the crowd during Random Rab’s sunrise set, climaxing on stage with a game of Pin the Tail on the Zebra beneath the sizable driftwood jaguar above. 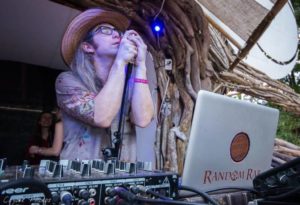 Costa Rica has a lot to teach us. To start, the country dismantled its army in 1949, becoming the first of only a few sovereign nations without one. What does a country do when its not training soldiers and making enemies? It apparently remembers its roots, arguably embodied by the country’s catch-phrase pura vida, or “pure life.” As of 2012, Costa Rica produced more than 90 percent of its electricity through renewable sources. It has successfully put the kibosh on deforestation in the last decade or two. The country plans to become 100% carbon neutral by 2021. And about 25 percent of the country’s land is in national parks and protected areas, the largest percentage of any country on the planet. Envision transpires at one such protected area, Rancho La Merced National Wildlife Refuge on the Pacific Coast near Uvita.

Envision was founded five years ago by a collective of like-minded individuals. Holding the event in Costa Rica was far from an arbitrary decision, as the organizers’ goals around sustainability align well with the nation’s own. The festival’s moniker is a single word call to action that suggests all of the missing ones. Envision sold out for the first time this year, drawing an international audience of five thousand plus attendees. Certain growing pains, such as the massive day one entry line, may have been inevitable. Still, the event has evolved into a unique destination gathering whose environmental consciousness is worth imitating.

Envision had been on my radar for several years. Justin Brothers, one of the founders, lives in Boulder. I interviewed him for a preview of Envision 2014 and ended up stilting for him six months later at LoHi Fest in Denver. Although Brothers had touched on composting, recycling and the caliber of Envision’s food and goods in our Skype conversation, it was another thing entirely experiencing the festival firsthand with my own five senses. Color me impressed. 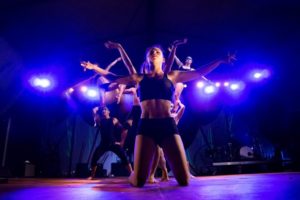 Tigre Bailando is someone I would like to meet. Rumor has it the man whose name means “Dancing Tiger” collaborated with Hoodie Salinas on the driftwood jaguar atop Envision’s Luna Stage. The aforementioned feline was probably the most high profile structure constructed from found or sustainably sourced materials, though there were a number of others throughout the festival grounds (including the bamboo jungle gym nearby). The Global Mercado, a marketplace for organic, fair trade, local and sustainably sourced food and goods, featured two other prominent ones: a bamboo treetop walk and slide and a bamboo treehouse with a trampoline bottom. Both structures were popular with children and adults alike.

Spaceship Earth was on Envision’s mind in other ways. Permaculture poster boy and musical headliner The Polish Ambassador spearheaded a Permaculture Action Day before the event. Vendors in the the Zero Single Use food court discouraged dishware disposal by offering discounts for reusing or bringing your own. Patrons who’d spaced bringing their own from home could fashion something from banana leaf and bamboo in the Community Carbon Trees zone. There were occasional hiccups with the equipment, but reusable water bottle refill stations were the norm. Recycling and compost stations were also conveniently located. And campers allegedly had access to solar-powered bamboo showers.

Envision transpires in Costa Rica for a reason. It’s one of the most biodiverse places on planet Earth. Maybe immersing ourselves in an abundance of nature can help us remember to preserve and protect it. I certainly relished my surroundings. I swam in the ocean, played in the jungle and channeled my inner zebra. I’m already jonesing for more. Glimpse pura vida at EnvisionFestival.com