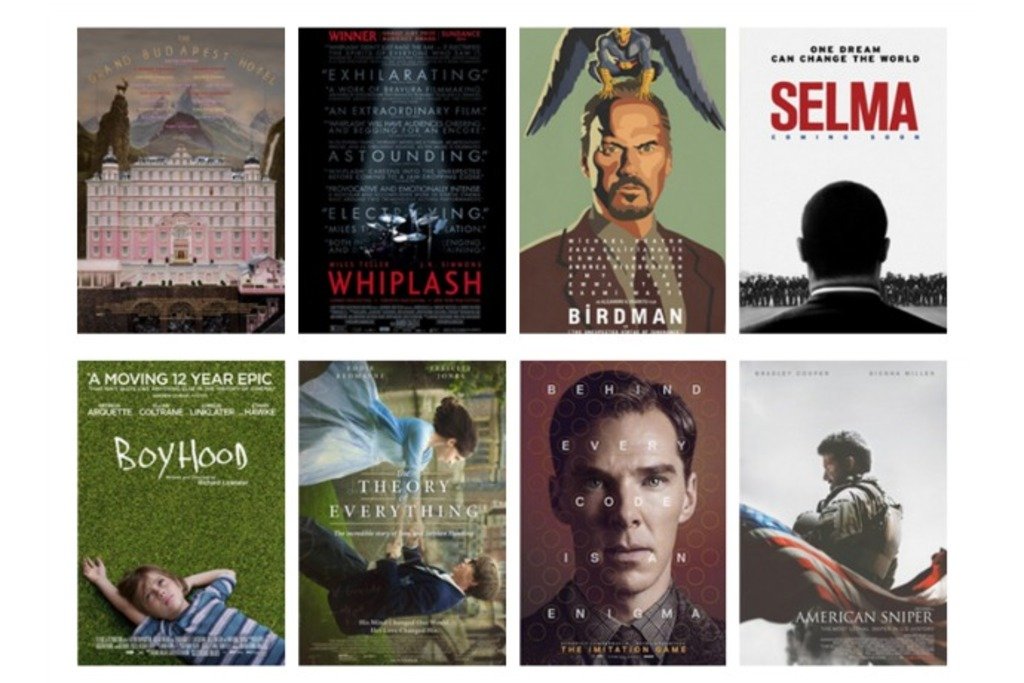 The Oscars: Looks Inspired By the 2015 Best Picture Nominees

If you love movies, fashion and semi-awkward acceptance speeches, don’t make plans for this Sunday, February 22nd. The 87th Annual Academy Awards, also known as the Oscars, are back again with a solid selection of actors, costume designers, producers and more in what is sure to be an eventful, champagne drinking evening.

One of the most esteemed awards of the night is Best Picture where seven films from the past year go head to head to see who takes home the gold statue. In honor of this act, we’ve put together a series of looks inspired by each in the category. 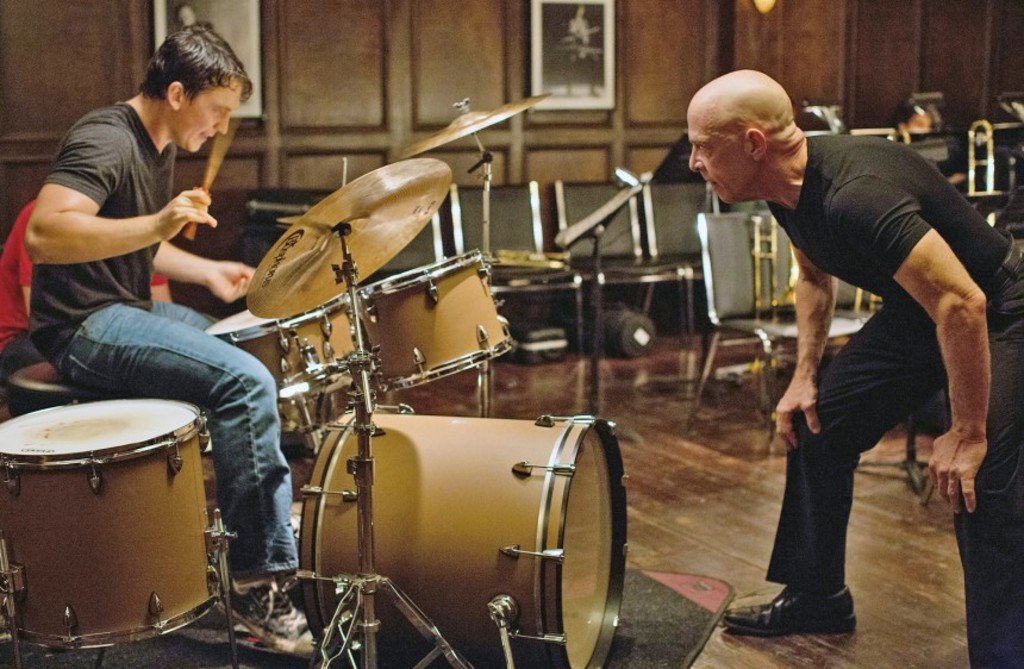 The music industry is known for being one of the most fashionable professions whether it be their wide variety of costumes or the most comfortable t-shirts. The story of Andrew, an aspiring 19 year old jazz drummer brought to the point of obsession by his mentor, is all about the lose jeans and crew neck shirts. His wardrobe may not of been his first priority but both men and women seek to find the best fitting jeans and an “I don’t know if it’s clean or what brand it is, I just threw it on,” amazing shirt that is much harder to accomplish than most who make it seem effortless will ever care to admit. 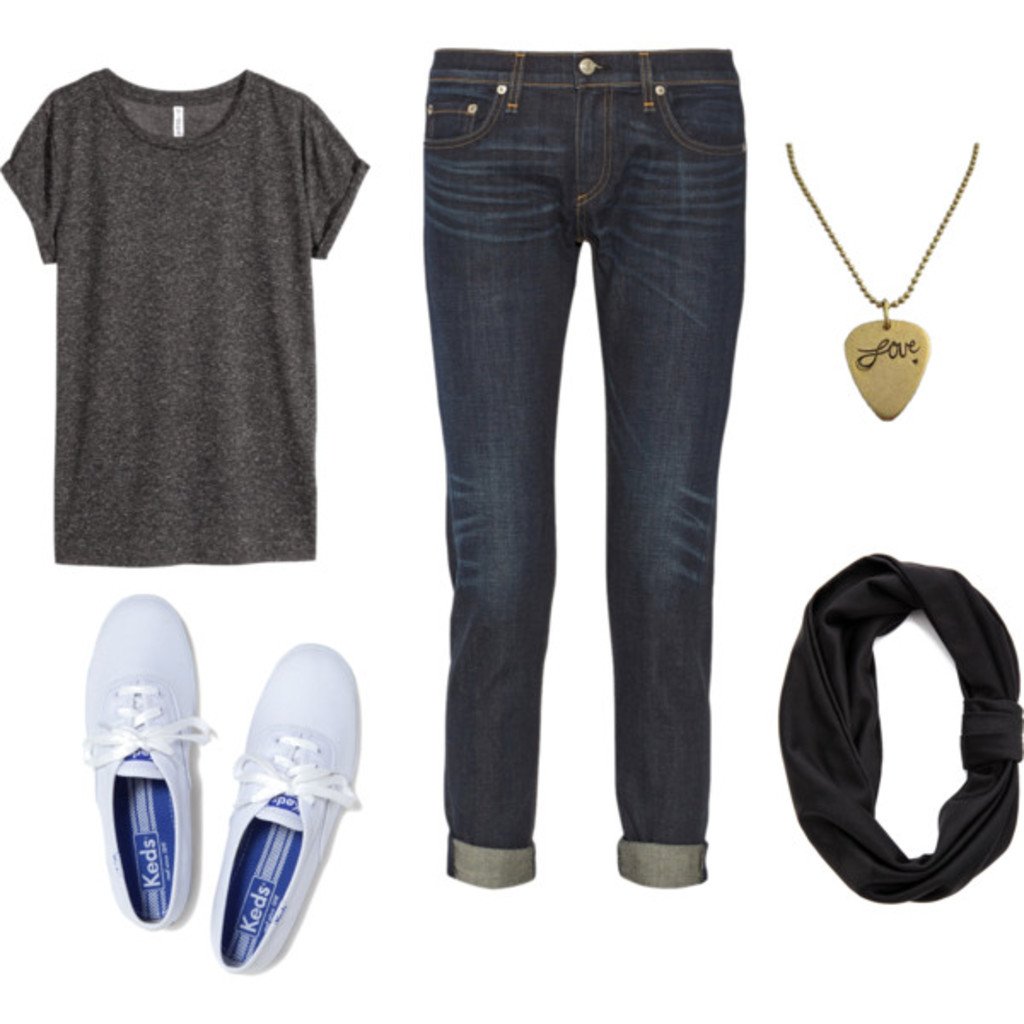 We call this our “I might be hungover but I still like a classic crew neck” look that works for anyone who has ever worn a favorite shirt more than one day in a row because nothing else in your closet looks and feels as good. Comfy jeans are the perfect staple and are just as easy to throw on as a pair of sneakers for all night jamming. For a little extra flavor, add a momentum or two with a favorite headband or necklace. 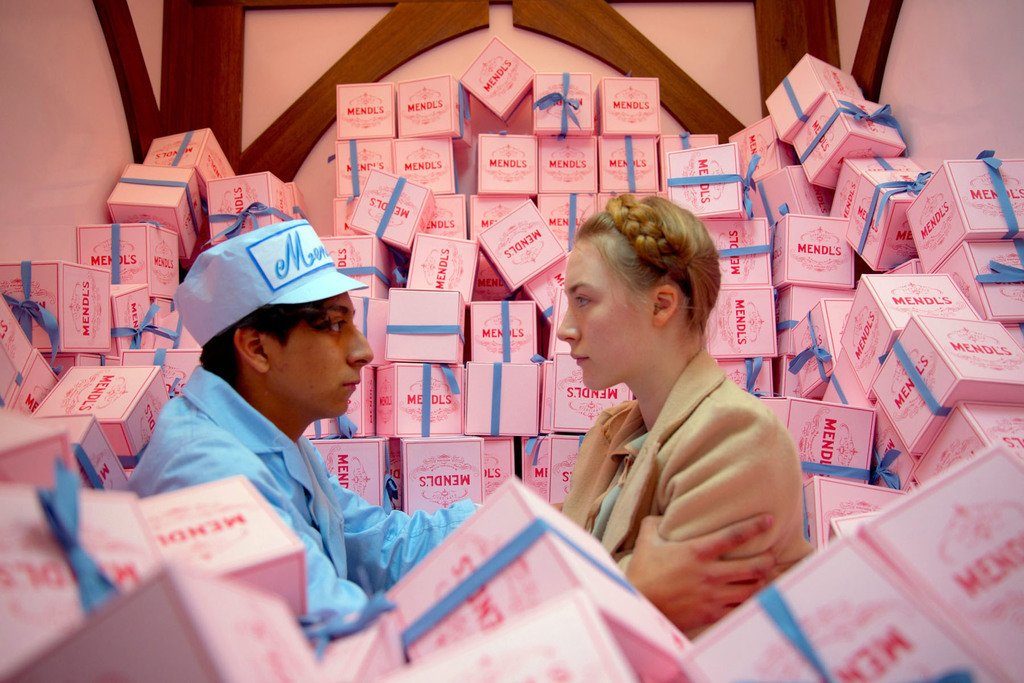 No matter what era the flick, Wes Anderson’s cinematic style is unique in both its costume design as well as the color pallet created specifically for each film. The relationship between Gustave and Zero set in a 1930’s European ski resort is all in the accent pieces: collars, buttons and amazing color combinations. Each character has their own unique wardrobe and quirkily one-liners but pops of color can be seen throughout each slightly hipster, probably a little too artsy for most scene changes. 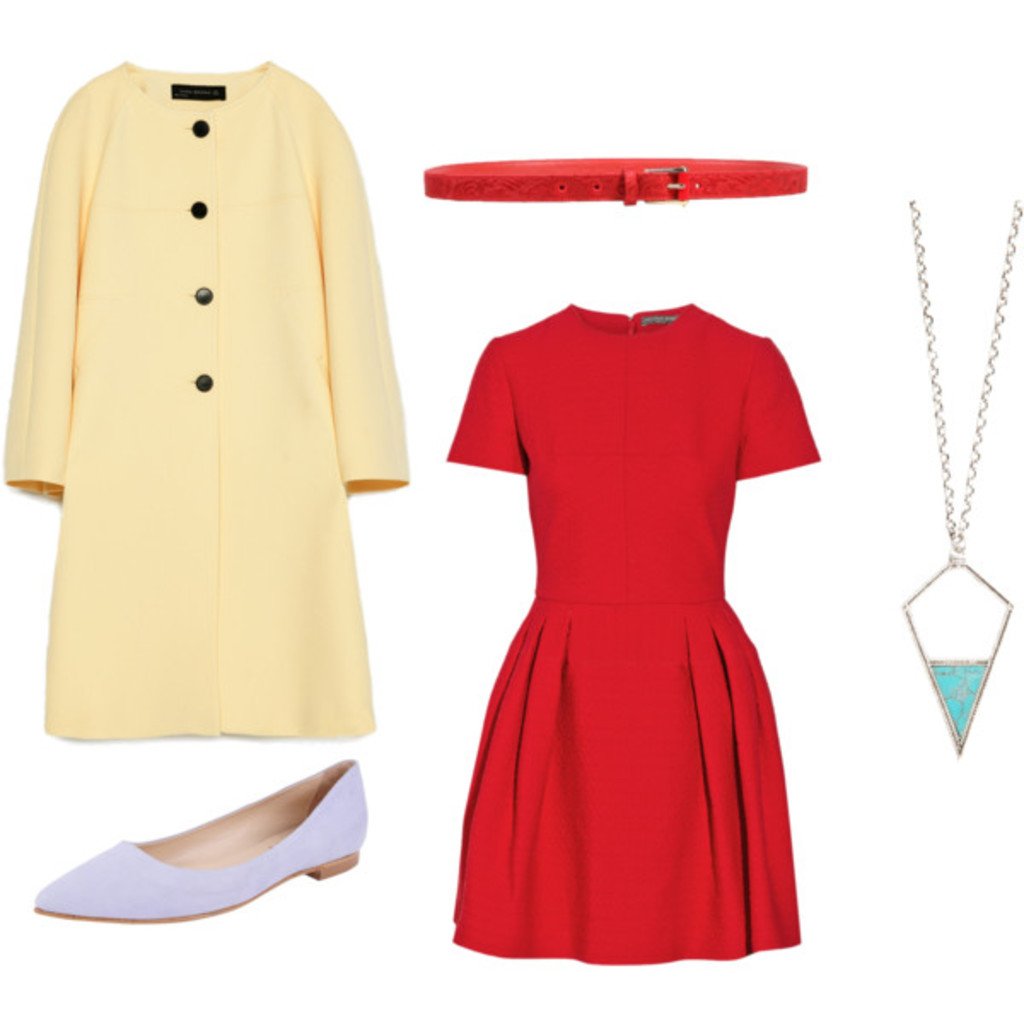 We dub this the sophisticated, still ready to take care of business but with a little flare attire. You can be business ready without having to give up your desire to stand out. A mix of pastels or a striking jacket can go a long way when mixed with the right pieces. If you’re anything like Wes Anderson, a funky color combination or geometric pattern are much preferred to the standard every day wear. 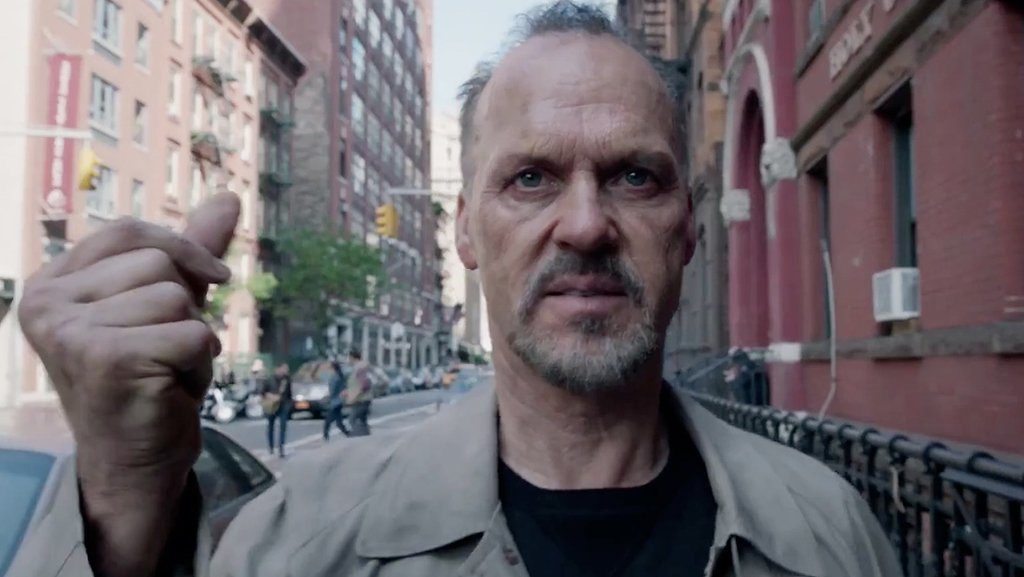 New York City Broadway has a wide variety of shows packed full of actors and actresses, each with their own costumes and characters. Some spend their careers on Broadway while others come to the stage from major motion pictures. Having once played an iconic superhero, the character of Riggan spends his time trying to remain relevant, both in his personal life and on the stage. His go to pieces are a neutral peacoat and items that can easily be switched within scenes. A base layer is a necessity for quick wardrobe changes but also works as an outfit for the after party. Feathers should be applied based on the occasion. 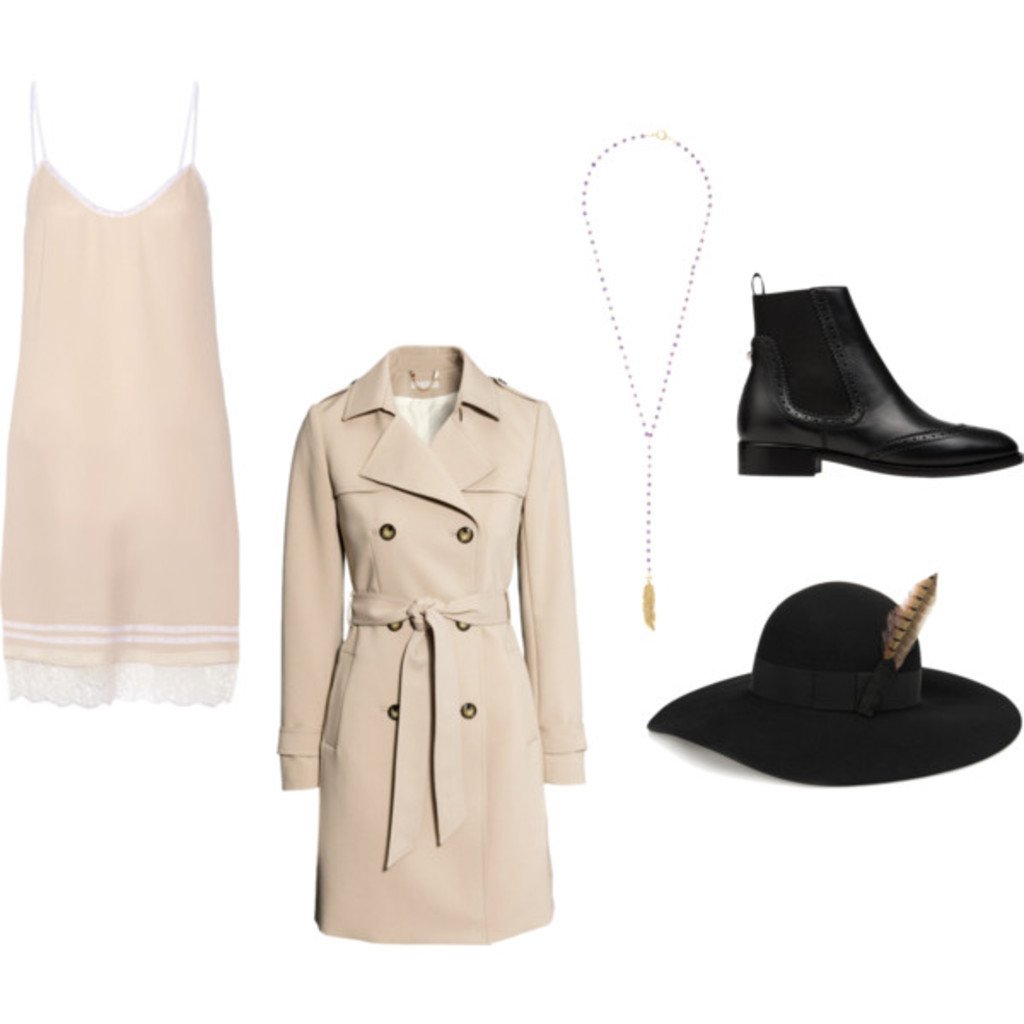 Finding a staple peacoat that can be worn easily with a costume or a post production evening outfit makes for sleeping on a sidewalk or long walks contemplating your existence much more stylish. The rest of your outfit can be as simple as a slip or PJs with a staple coat to cover it up. A pair of classic boots and a hat for a bad hair day will make any city outfit ready for the rest of the day. 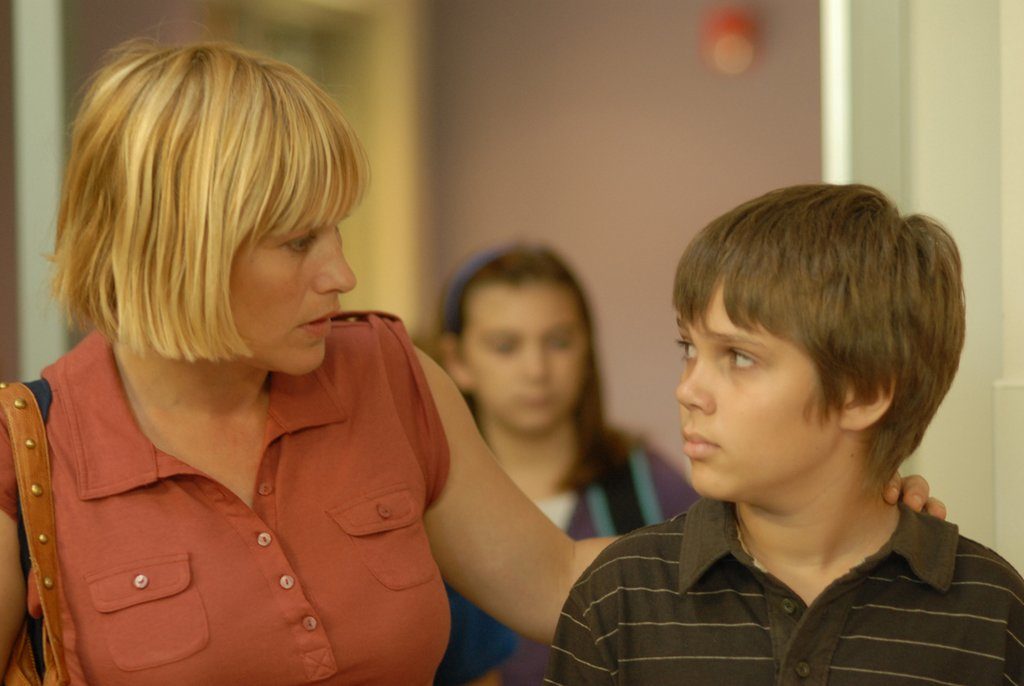 The transition from childhood to college expands over a wide collection of fashion trends and age appropriate attire. A classic flannel or pre-pubescent striped shirt that you can still rock a decade later are preferred. The movie follows the life of Mason from the age of 5 to 18 as he and his family work through separation, money and other normal life changes that most of us experience in some way or another. The family’s classic lifestyle focuses on everything but clothing but the classic 1990’s style turned early 2000s is a time most of us can’t forget. 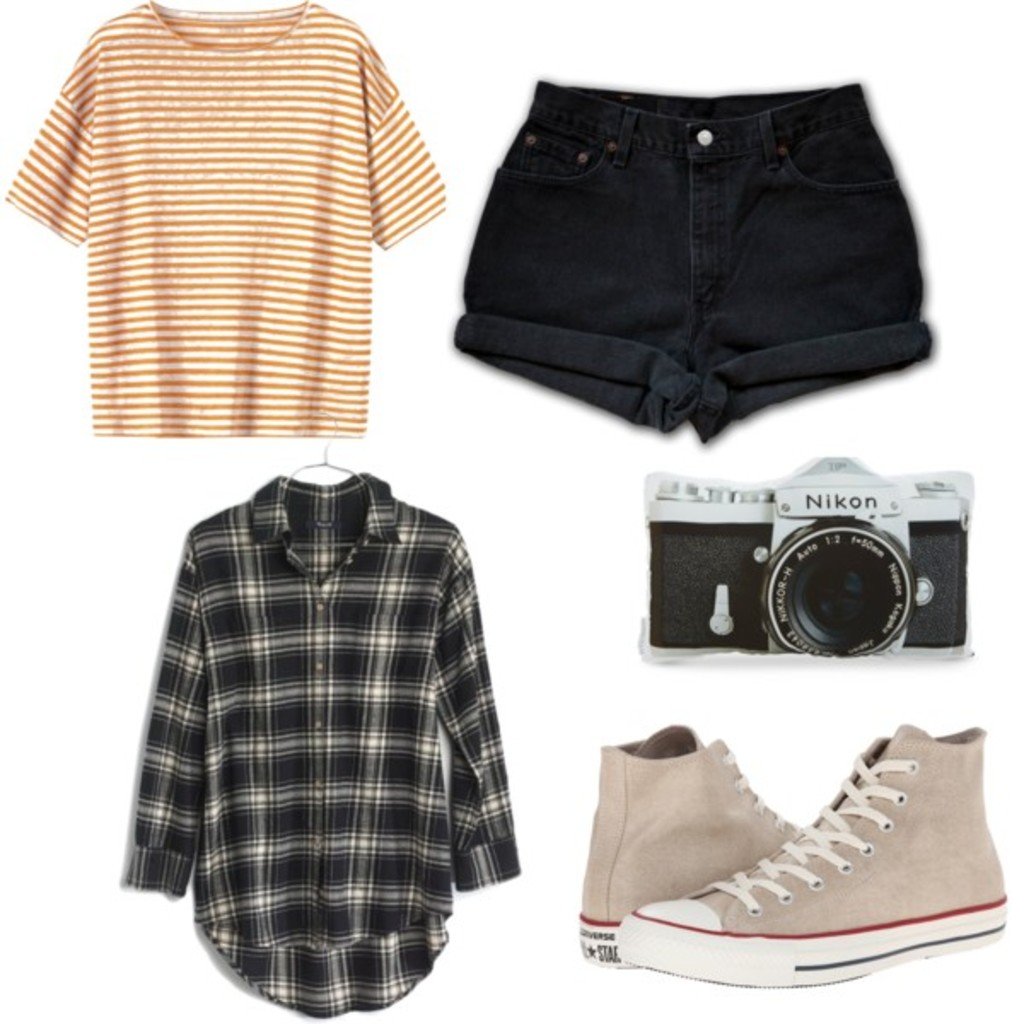 A simple striped shirt and old black jeans turned shorts make any 90’s outfit ready for life in the wild world of 2015. For a little extra layer, adding a flannel that you can literally wear for the rest of your life will never be a bad decision. 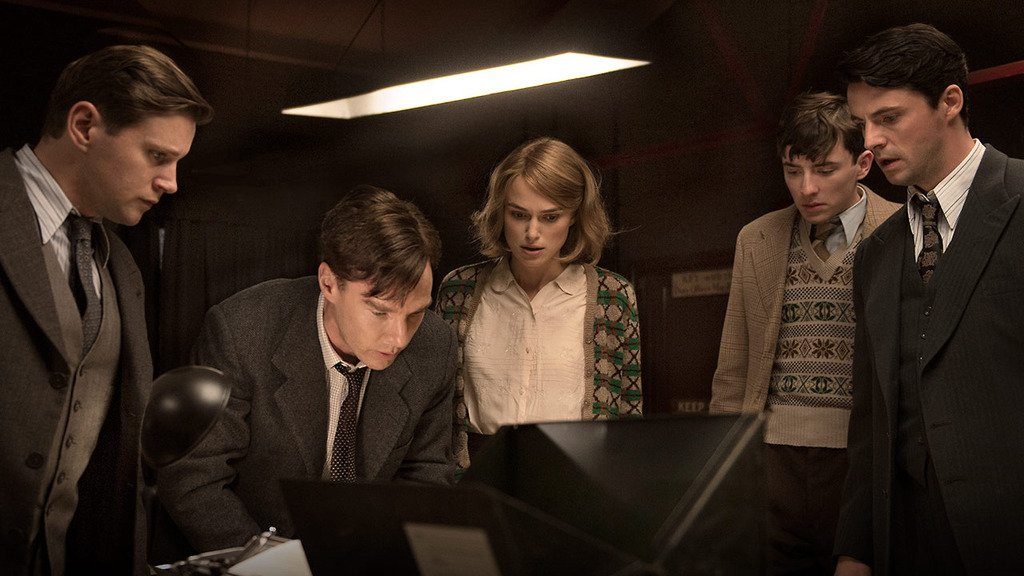 The classic looks during World War II can easily be seen throughout the historical adaptation in the life of Alan, a cryptanalyst and mathematician who cracked the Enigma code in the 1950’s. Suspenders, classic cardigans and slicked back hair are the main style of the characters who come together under the jurisdiction of Winston Churchill. Simple colors and extreme minds collide in this epic film that is sure to trigger both fashion envy and more awards this season. 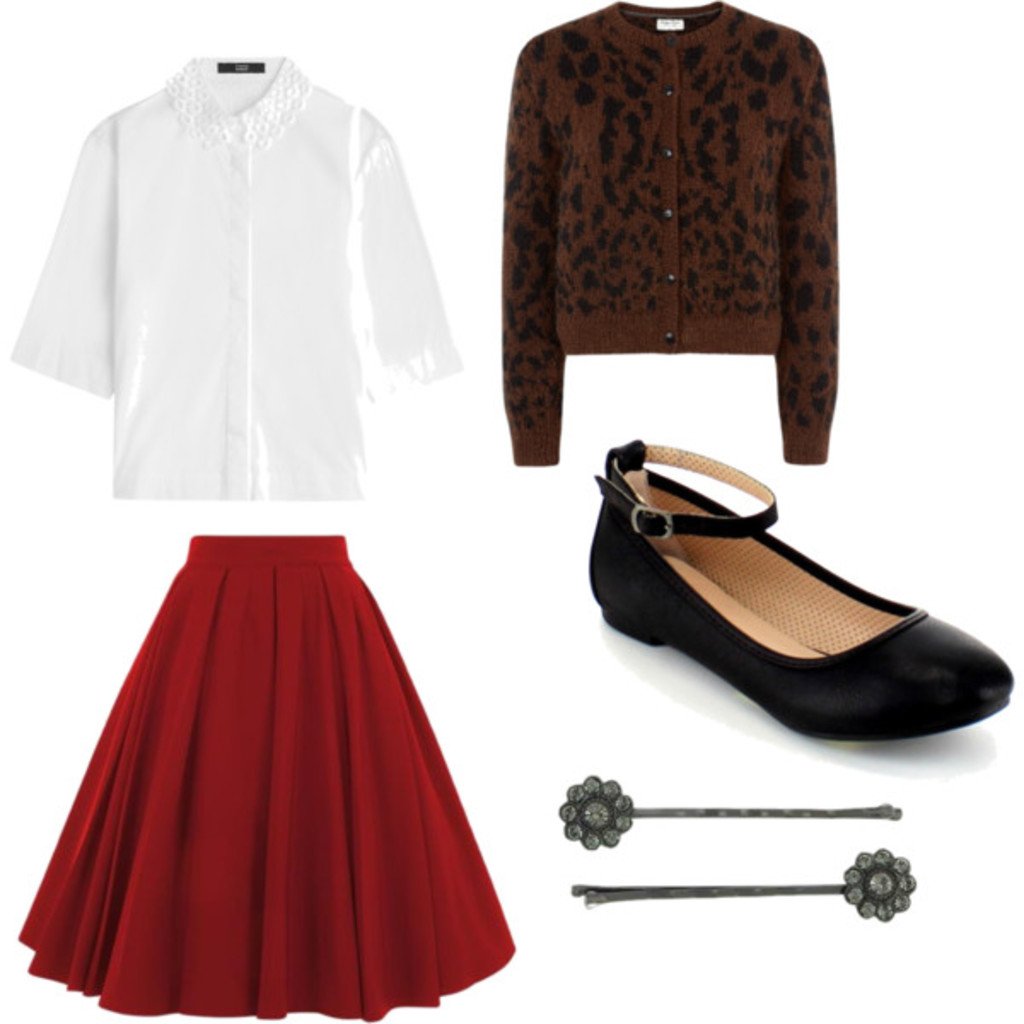 A white button down tucked into a full skirt, paired with a patterned cardigan and flats makes this our look that never goes out of style. You can still hang with the guys and rock the most feminine pieces with ease. A full skirt flatters almost all figures and job descriptions. 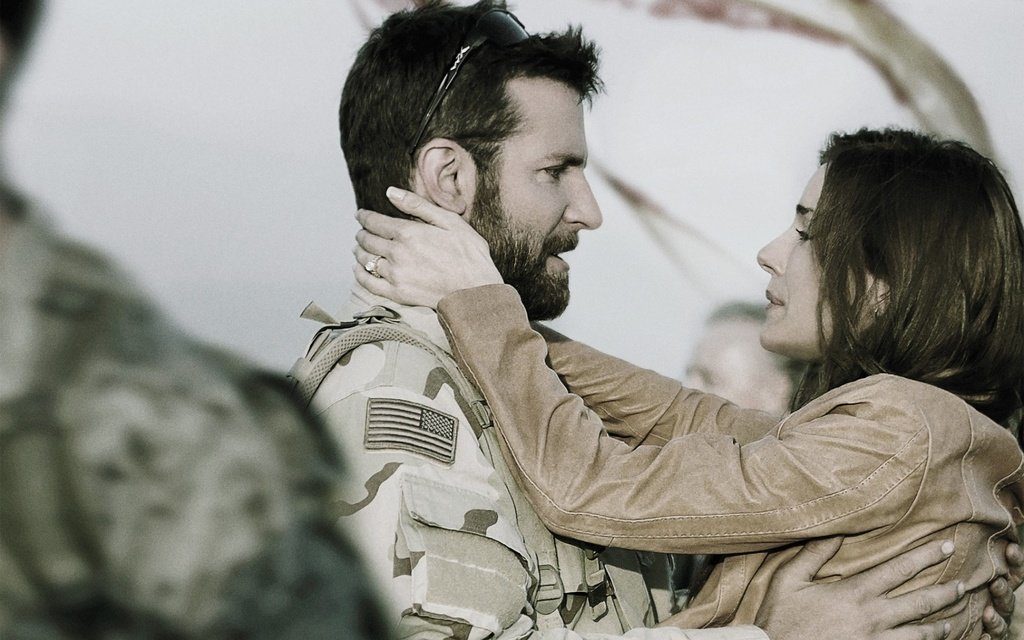 Known for being one the deadliest killers in US military history, Chris Kyle experience as a sniper went on for multiple tours. The 2015 release of the film based off his story is shot primarily at the military bases and the gear that has created many styles over the years. Khakis, army green jackets and combat boots are some of the best pieces for both men and women and can be worn multiple ways. 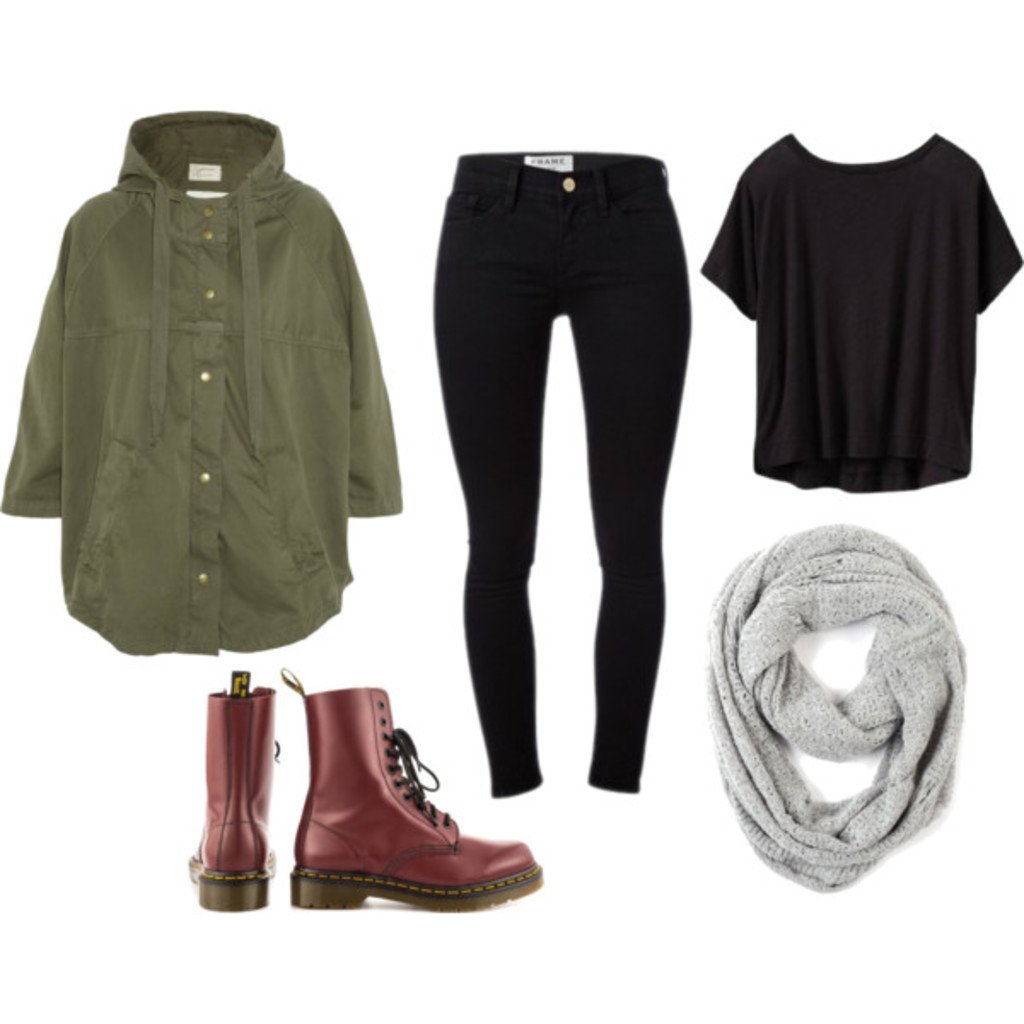 A dark green jacket is the perfect Spring or early Fall jacket that literally goes with everything. Simple black pants and a classic black cropped top go easily under the jacket but also work wonders with a pair of Doc Martens. Adding a little edge to a classic look goes a long way and a funky color takes it to the next level. 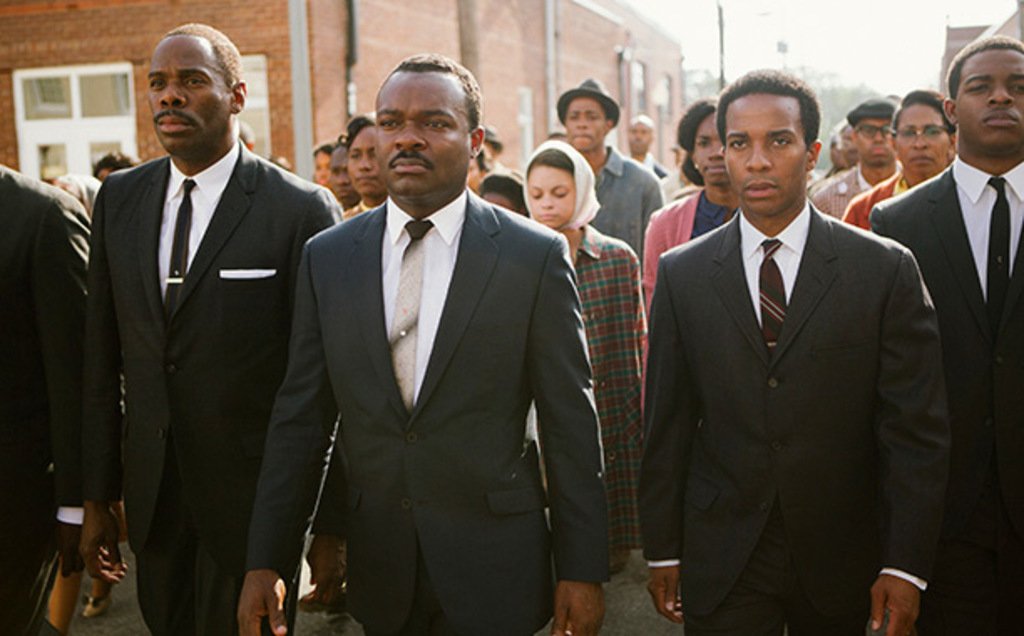 Martin Luther King Jr. is a name we’ve all heard since we were children and a man that changed history many years ago. Based on the 1965 Selma to Montgomery voting rights, “Selma” takes us a journey to equal rights and how history was changed from one man’s inspiration and dreams. The early 1960’s conservative style sought much change along with the social movements of the time period. 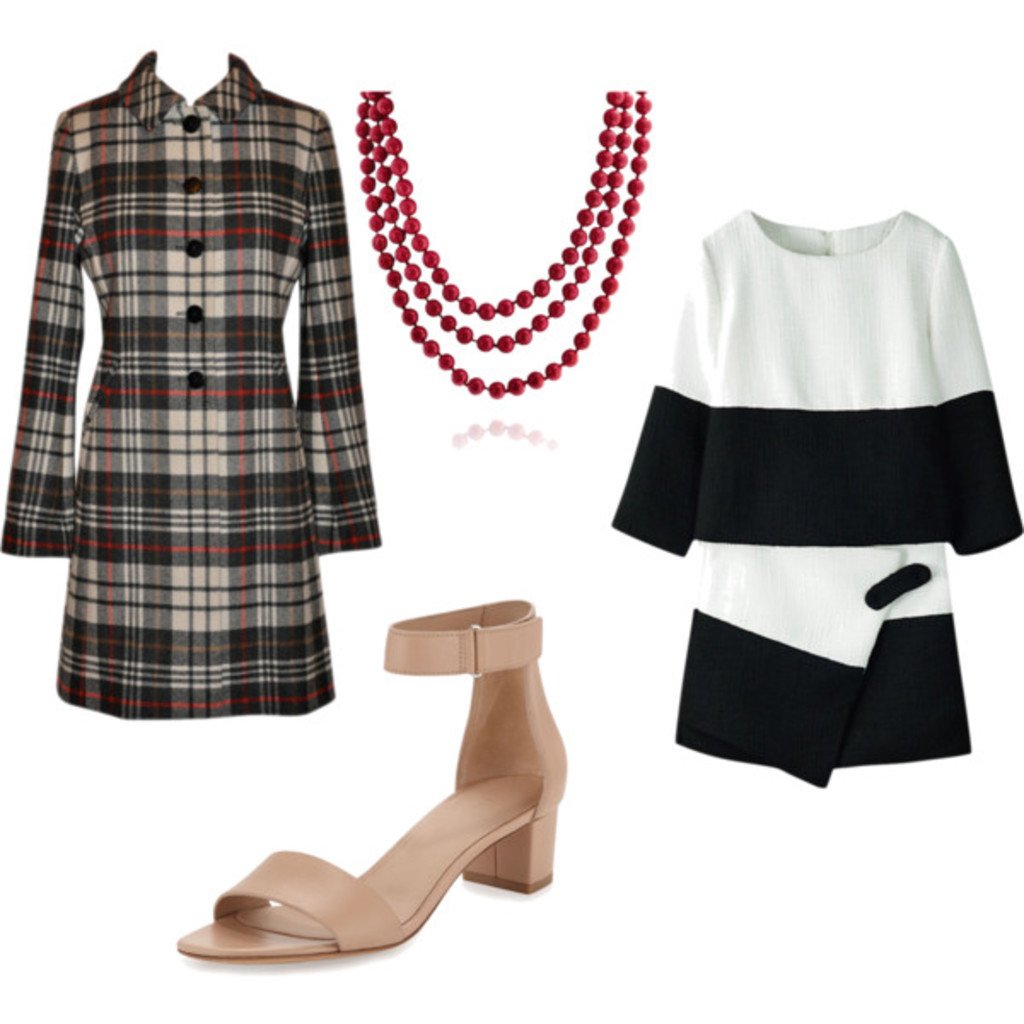 Stripes and two piece sets have been in style for years, especially if they work well as separates. This type of outfit can only be known as our sassy striped two piece that is so named for it’s tailored look and multiple ways to wear. A nude kitten heel and updated pearl necklace are both classic accessories that Jackie O. and many other ladies rocked throughout the 60’s.

“The Theory of Everything” 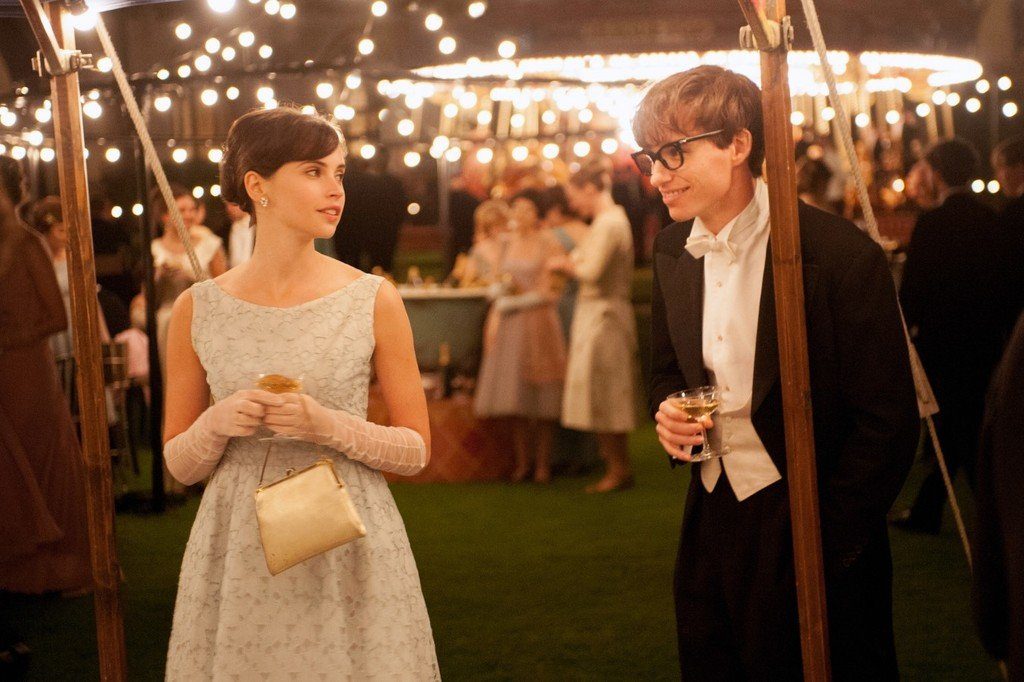 The legend that is Stephen Hawking was brought to life in this film based off the book written by his wife Jane. Their relationship and Hawking’s disease in “The Theory of Everything” are worthy of many awards, one surely to be Eddie Redmayne as Best Actor. As an astrophysicist the brilliantly nerdy attire is one that most can’t pull off. However, with a few simple pieces the hipster meets genius look can be accomplished with ease. 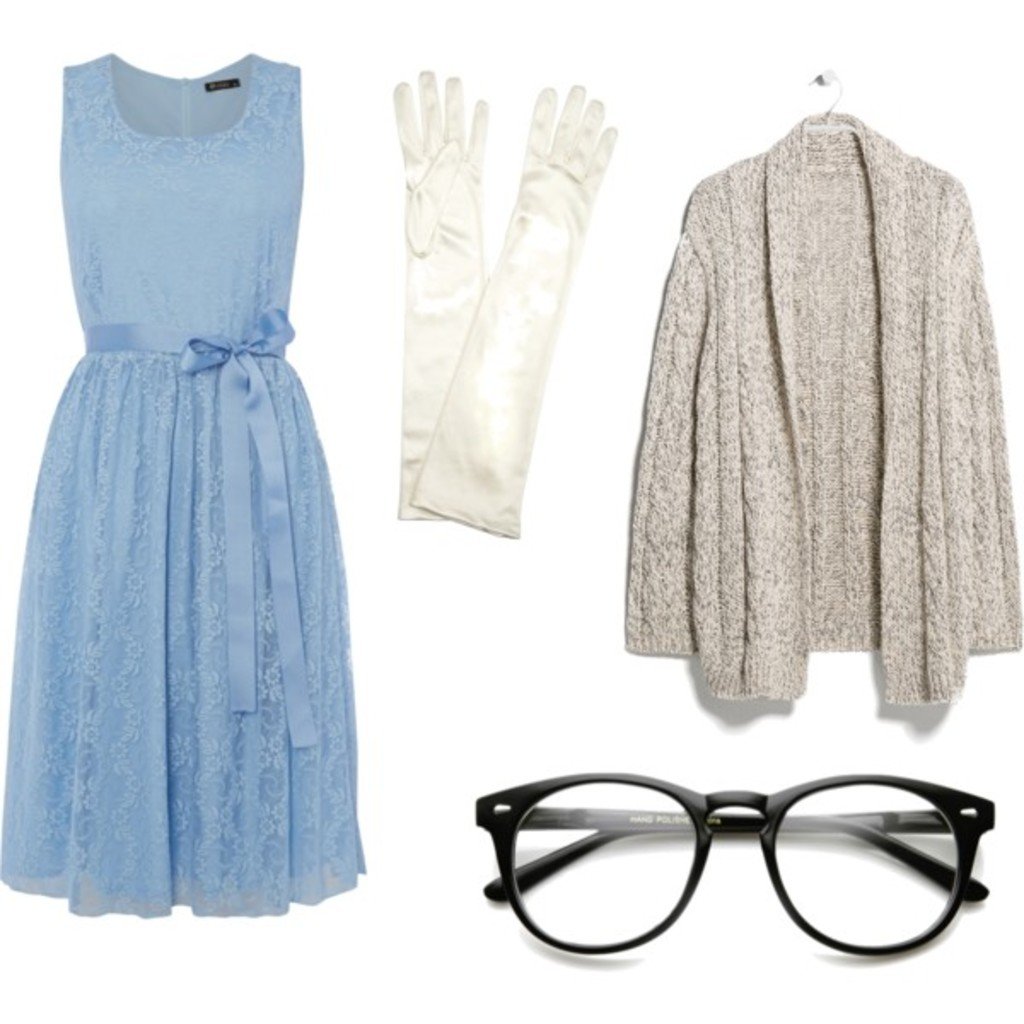 Everyone loves a good pair of bifocals, especially if they are large and. The look has become even more popular over the last few years and can normally be seen paired with pieces from button downs to dresses. Make sure to find a frame that fits your face shape and a pair of high waisted pants that are just the right amount of mom jean.

Make sure to tune in to The Oscars this Sunday and the red carpet show that will premiere before. We’re excited to see what the designers have been up to and all the beautiful actors and actresses who are sure to attend.