Q&A: Catfish and the Bottlemen Talk Rock Music, Bill Murray and Taking Over the World

Catfish and the Bottlemen are a rock outfit from the UK making waves just about everywhere. Their sound is truly a byproduct of old-style rock and roll, from their haircuts and their leather jackets to the sounds their squealing guitars make in full force on stage. The band is gearing up for a stop in Denver next Tuesday, February 17 at the Larimer Lounge. The band has garnered some real attention lately with their full-length release, Balcony, a surefire rock album, whose lyrics stir with teenage angst and antics as the band climbs to the top.

I caught up with frontman, Van McCann, a cheeky rocker who talks a mile a minute and whose passion was nearly palpable through his candid answers. We chatted fame, tour adventures, Bill Murray and taking over the world. Check it out below and don’t miss the band next week!

Van McCann (Catfish and the Bottlemen): It’s going really well. How are you?

I’m good! So you’re heading to Denver next week, playing at the Larimer Lounge. Have you been to Denver before?

Eh, no I don’t think so. We’re well excited to play the gig. Honestly, I don’t know where it is at all. I don’t look at the calendar, so I just get off the bus and someone tells me where we are. I’m excited to see someplace new.

There’s not usually a lot of time to do sightseeing?

They’re (McCann’s bandmates) really into going to see things, like the Hollywood sign and whatever. I get to the top of mountains and I’m just like, is that all there is? I like meeting people—getting insights, hearing everyone’s’ stories and understanding their backgrounds. So that’s why I love being on the road.

I’ve got loads of stories. We went to a party in LA and Vince Vaughn was there off of Dodgeball and Marley the dog, that famous dog. We’ve got no flight cases for out guitar amps because we couldn’t afford them, so we’ve got to carry our amps around airports in cardboard boxes like we’ve been kicked out of home. Hmm and adventures? What?

*Confers with someone talking in background

Snake? That’s not an adventure, you just saw a snake. Our guitar tech saw a snake walking down the street, so I guess that’s our adventure.

Oh, you know, just general rocking, hip shaking. That kind of thing. It was bad ass. We ran in to do a session and he saw how good we looked in tight jeans and he said ‘we’ll get them in the video.’ 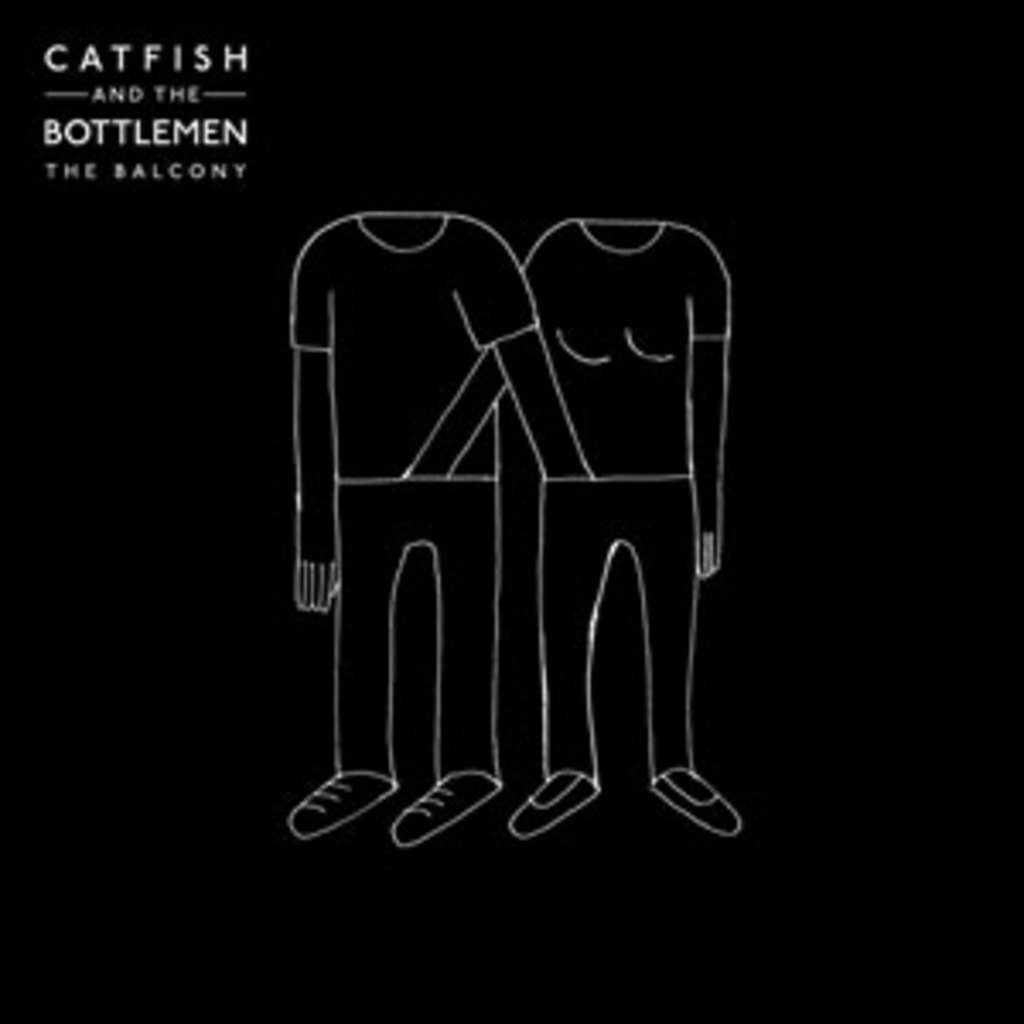 Give us a little background, how did you all form the band?

So we started when I was about 14 or 15. Our bass player, Benji, was two years above me in school and we were looking or a drummer for ages. And when I went to pick him up to meet him, I realized I pulled into a drive like two or three houses down. And that was Bob. And Bondi, our guitar player, he joined about 7 or 8 months ago. He was in a band called Detroit Social Club who I used to go see and he was like my favorite guitar player ever. So when it was time to get a guitar player, I really wanted to get him in. And he was already listening to our band so when we asked him he was already made up to join and we were already made up to have him.

You guys have been around for awhile, but you recently got some big attention. And it’s kind of a rise to fame in the old school way. No one discovered you on YouTube or the internet, you guys just kind of rose to fame naturally, without the gimmicks. Now your songs are playing all over the radio, how does that feel?

It’s really amazing to, you know, hear it on the radio ourselves and just like have people with photos of you at a gig. I mean it’s like, don’t you know I’m just a lad from the north of England. But it’s what we always wanted to do, so it’s really good feeling to be getting somewhere. We lived in a van—it wasn’t hotels or anything like that.

And now we’re just trying to take over the world, as much as possible.

Take over the world, huh? What does that involve?

Just playing the biggest shows we can possible play. Like stadiums. Even stadiums will be too small. If we had it our way I’d honestly play the world, do you know what I mean? It’s about just throwing the biggest night out, with hundreds of thousands of people all going crazy. Boys with their girlfriends on their shoulders and lads with their arms around their best makes and dads taking daughters and their friends.

That’s the thing. That’s what it’s about. Over music and over anything really, it’s just about that moment—everyone going for one thing, no matter what else they’re into. Everyone just coming together for a big party. And we want to throw the biggest we can. So we’re just trying to take over the world, with music. 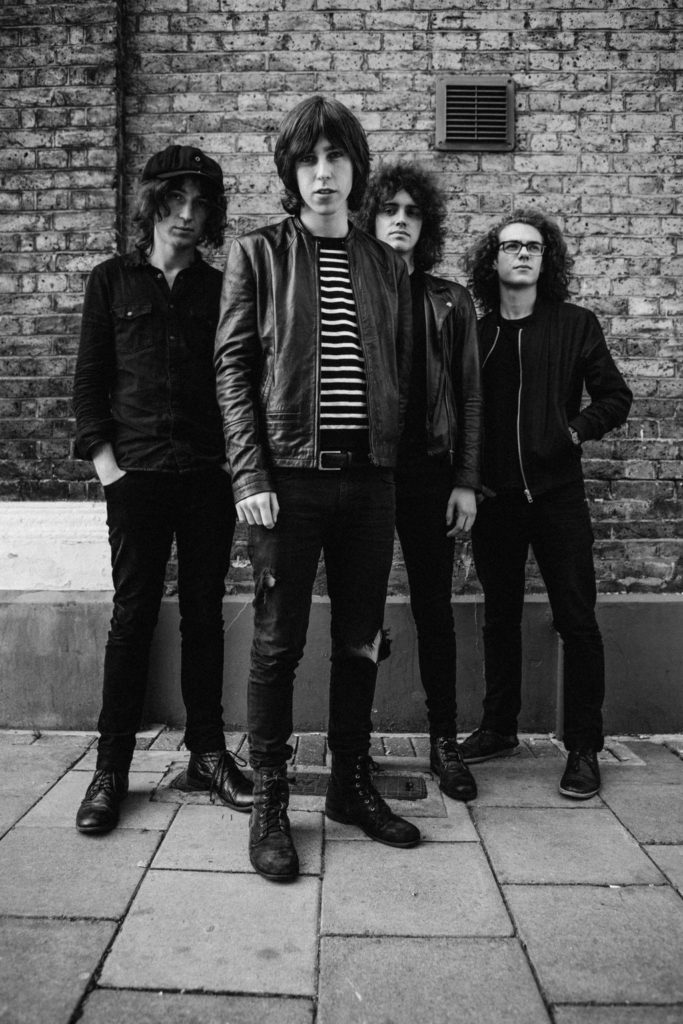 So the biggest show you’ve played thus far, what’s the feeling like when you get on the stage. Nerves or is it like ‘hell yeah, this is what I want!’

The last one. Yeah that one. We don’t get nervous. It just feels right and it’s what we want to do. Before we got a record deal we rehearsed every day, 9 hours a day. We feel like we could get on stage with other people who have lights and firworks and pyrotechnics and we could just get up there with our guitars and the house lights on and we could stand up against anybody. We just feel like we could do anything. If you want something this bad then it can’t not happen. D’you know what I mean?Like if you chase a dream as hard as we do then it can’t not happen because you never give up on it.

We just love it. We love it.

That’s very inspiring. And you just played on David Letterman, what was that experience like?

Bill Murray came in straight after we’d finished playing! We all walked off and Bill Murray walks in and he’s like ‘hey guys, how was it?’ And we’re all like ‘WHAT!?’ And our bass player had a fake hand in his back pocket and when he went to shake his hand he pulled out the fake hand and Bill Murray just loved that. Then he just walked out, just like that. It was good. We grew up watching Letterman. It was on really late in England. We’d watch Oasis or the Strokes. It was amazing.

That’s pretty incredible you met Bill Murray your first time on Letterman! What albums or artists do you have on repeat right now?

I have not stopped listening to that last National record since it came out. I listen to it all the time.

Oh yeah, that’s a good one.

There’s a guy called Benji Hughes that our guitar tech and I just love. He’s just a really consistent songwriter. And The Streets, I love The Streets. They’re probably my favorite band.

When we go back to where we used to play our first gigs, we go to the bars we used to play in and people are so excited and so nice to us. And it’s dead good to feel like people are really proud. Because back then we were just little shits, you know? Like in school and stuff. The fact that we can come back now and teachers come to our gigs and say like, ‘you turned out alright.’ It’s just a great feeling.

The ones that called us little shits, we make ‘em buy a t-shirt.

What can fans expect at your live show?

I don’t know, it’s massive. It’s just massive and it’s dead good. You just buzz off it the whole way through. I can only go off what I get off it. It’s a dead good laugh, the roof comes off and it’s just class. No fireworks, no strobe lighting, no fancy clothes, just music and people feeling good off music. Feeling good and pouring drinks on their heads and stuff. Just daft stuff. It’s wild.

We love them. Thank you. I’d strongly advise them to buy a t-shirt, but it’s totally up to them. They’re just really great t-shirts.

How about I buy a t-shirt?

There ya go. You can have one for free. Ehh, half price actually. You can get one for half price. Just tell ‘em that come to this show, then we will take it to the big stadiums and it will just be a great time.

Next time you come you can play Red Rocks!