Chances are that you caught the Pepsi Super Bowl XLIX Halftime Show, which featured Katy Perry’s performance with special guests Missy Elliot and Lenny Kravtiz. It was full of Perry’s top songs, an entrance on top of a lion, and costumes that have mixed reviews.

The superstar is known for going all out in concert and this performance was probably a good reflection of what Denver saw back in October. She might have ridden in on a giant mechanical lion, but this show wasn’t too different than what we’ve seen from Perry previously. The performance was great but expected. Don’t get me wrong, I’m a superfan of Katy Perry. From when she performed “I Kissed a Girl” at the Warped Tour in parking lots across the U.S. until now when she sells out arenas, I still become a fangirl when I see her live. 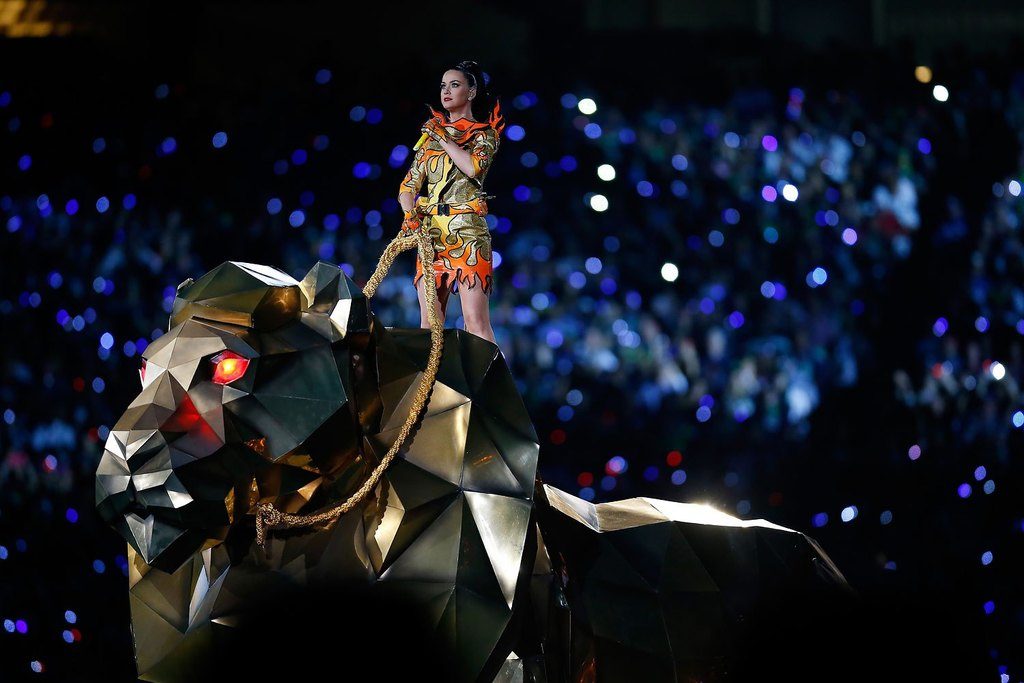 Perry opened the Halftime Show with “Roar” on that giant lion that you’ll be a hearing a lot about. She sounded great for being ‘live’ and wore a yellow, orange and gold flame ensemble. From afar, the costume didn’t look like it fit well, but up close it was gold and sparkly, with waves of flames. Perry seems to keep her Cheeto theme going. She was a giant Flamin’ Hot Cheeto for Halloween, and now she was resembling the bag of said Cheeto. However, it was probably the best and most original opening of a Super Bowl Halftime Show. She then climbed down to roll into “Dark Horse” then “I Kissed a Girl” with electric guitar god, Lenny Kravitz.

Soon after, a beach scene with Perry’s beach ball breasts lit up the stage for “Teenage Dream” and “California Girls.” I was excited to hear those songs, since they’re some of her best, but it felt too familiar. Maybe it’s because I’ve seen her in concert before, but I felt as if this performance would have been better one or even two years ago, when these songs were fresh instead of hits from years before.

Missy Elliot was the second guest, singing throwbacks and momentarily stealing the show from Perry. I would have loved to see the two mix some of their best hits, but it just felt like they needed to fill the show with Elliot’s iconic songs. Missy Elliot wore some sort of black leather jumpsuit, while Perry wore only a black zip-up with the number “49” on it.

The performance was super tight and professional, featured fireworks during “Firework” and was creative (like all of Perry’s performances), but it just seemed like they broadcasted from one of Perry’s concerts instead of planning something new and extravagant for the Super Bowl. Maybe a new song from Perry would have made it more unexpected. 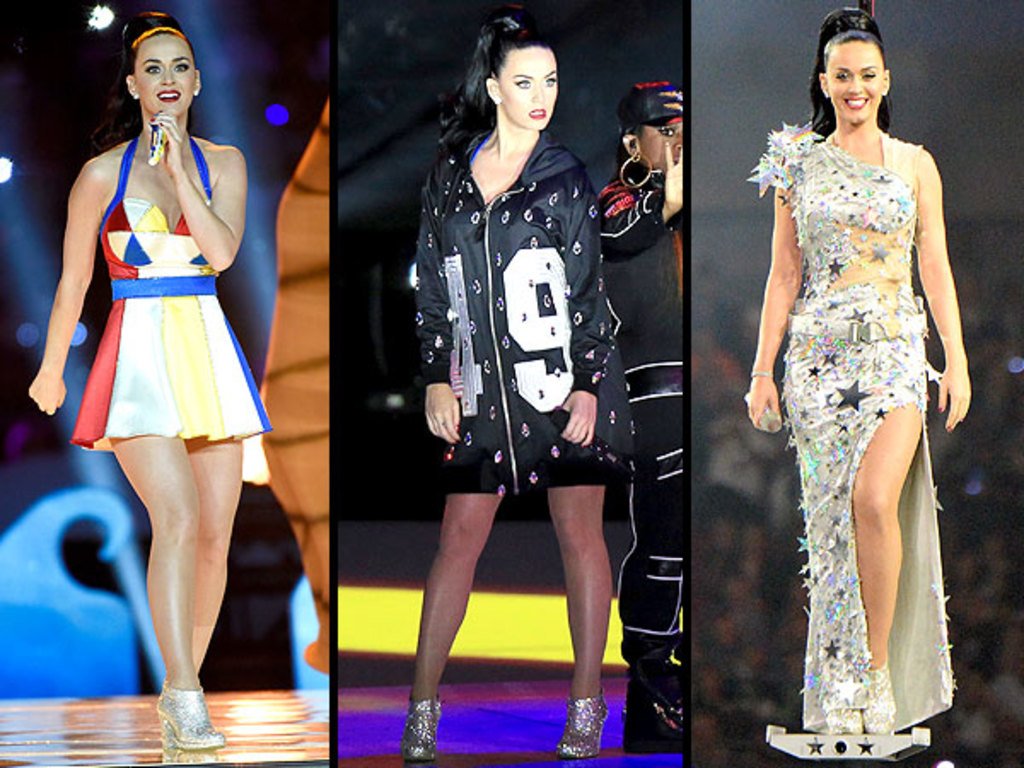 Moschino designer Jeremy Scott was behind the looks for Perry, while one of Perry’s Prismatic Tour wardrobe designers, Marina Toybina, created the looks for the dancers and band. While there are mixed reviews of Perry’s looks, we can’t say anything bad about her 12,600 Swarovski crystal shoes, which were custom LaDuca booties.

For those who haven’t seen Katy Perry in concert, this Pepsi Super Bowl XLIX Halftime Show received incredible reviews and blew them all away. For those who have seen her before, it was reminiscent of a show we’ve seen before.

Congrats to Katy Perry on her performance – we can’t wait to see something brand-new and fresh.