S.I.A. has officially come to an end. After a week of snow bums and bunnies descending on downtown Denver with the next year’s gear in tow, there are a few brands that have surpassed the rest of the pack. These are the local heroes that are making gear that is pushing technology, ingenuity and fashion of the ski and snowboard industry to the next level, and to top it off, they all call Colorado home.

Voormi – The Micro Brew of Apparel 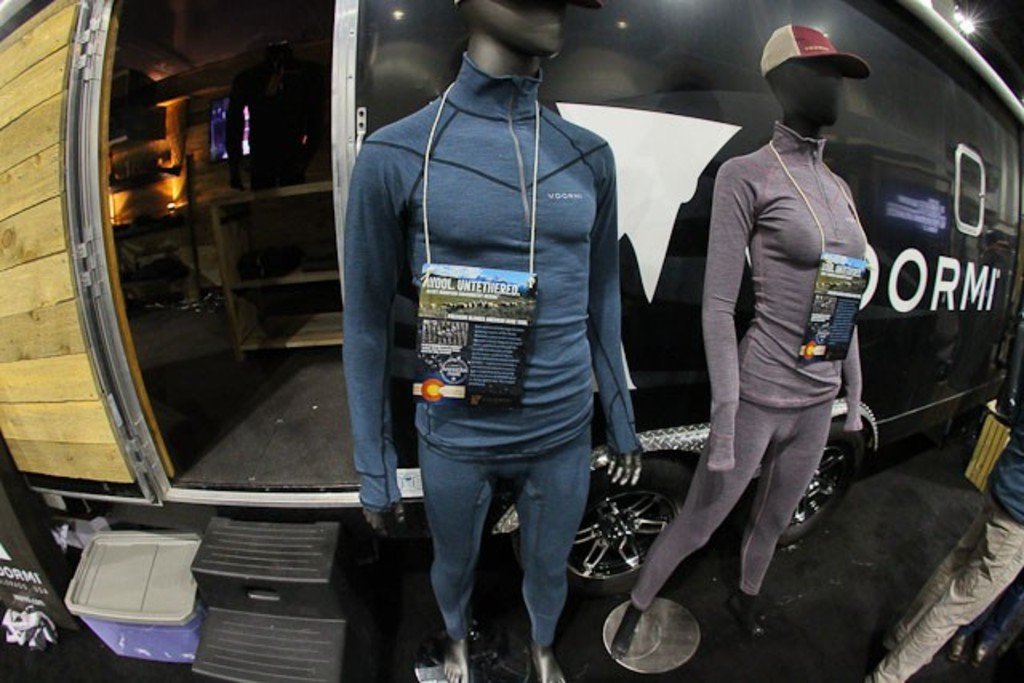 When a brand is tested by ski patrollers and inspired by Alaska’s guides you end up with gear that lives up to high expectations and can handle loads of abuse. Voormi gear is sure to last more than one season of shredding. Voormi is based in Pagosa Springs, Colorado, just outside of Wolf Creek Ski Resort, where Dan English and his son Dustin are challenging the sea of sameness.

Using wool from the high Rocky Mountains means that this base layer is stronger than anything else out there. Fibers that have been exposed to more sunlight, like those in the Rocky Mountains have more “crimp” in each fiber giving the final product more strength and durability while maintaining the breath-ability of high quality wool. The High E Base Layer from Voormi won this year’s Best in Show from Outside Magazine, and it our top pick for Best Colorado gear. 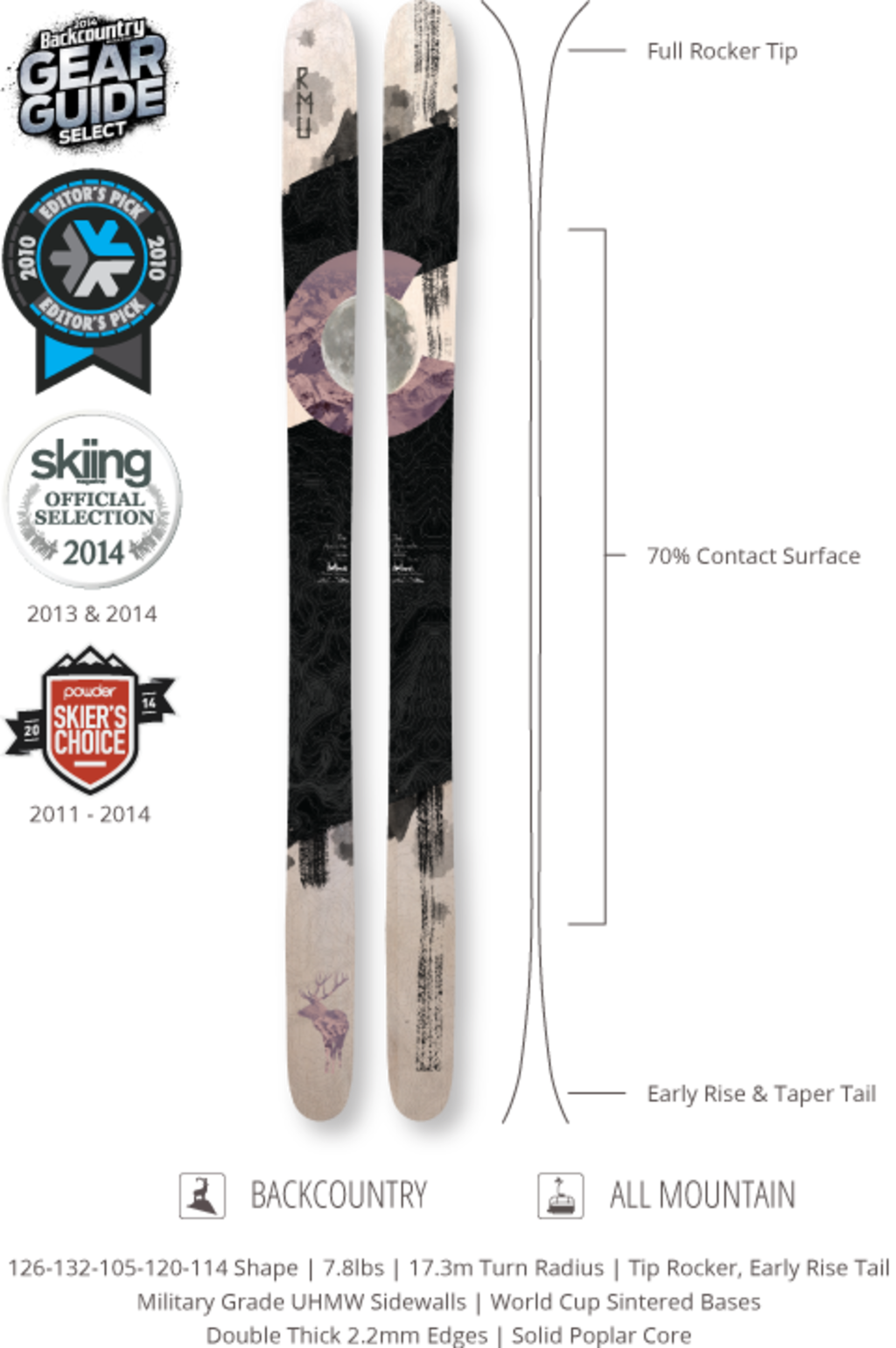 Like so many other game changing brands, Rocky Mountain Underground Skis started in a garage in Breckenridge, Colorado. After multiple trails and errors and the destruction of a ski press or two, the RMU crew got their formula right and Mike, Luke and Alex have been cranking out Colorado made skis ever since. The 2016 line is especially sublime. Featuring original art from artist Juli Watson each ski is truly a work of art.

The #1 selling ski since the inception of RMU, the Apostle, is the ski you should you hunt for and put at the top of list for new skis in the 2016-2017 winter season.

SubQ Designs – A Back Pack on Crack 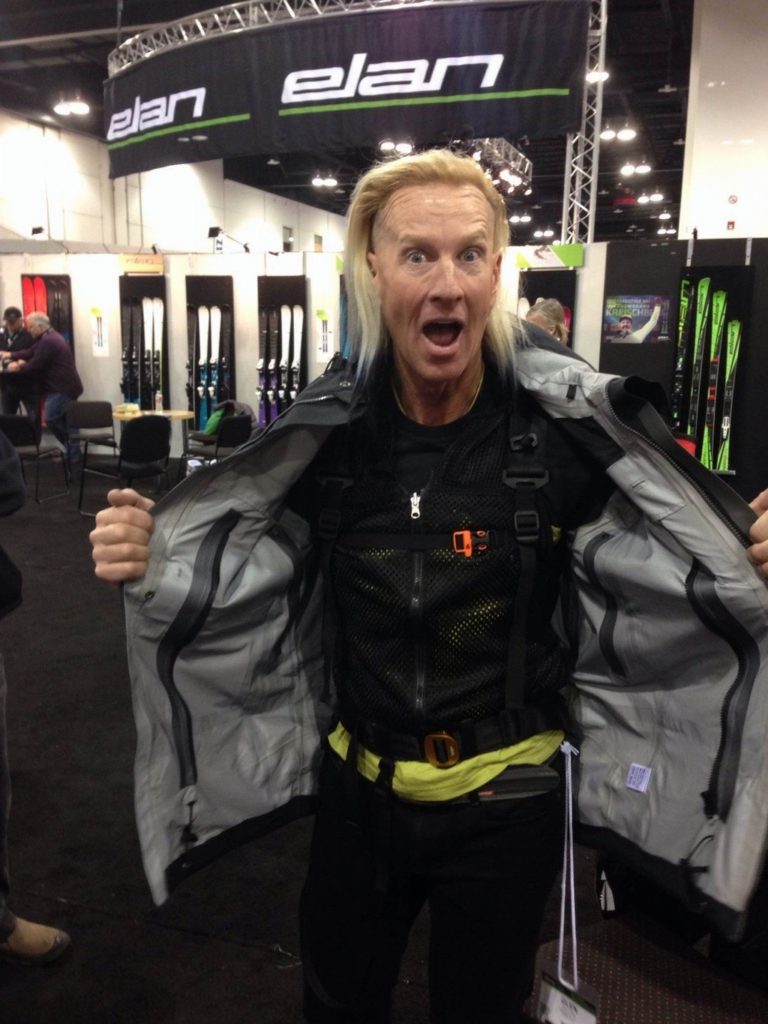 Founded in 2014, Corbin Redli found himself trudging through the snow attempting to summit the twin shoots just outside of the Breckenridge Ski Resort and thought to himself, “I hate this damn back pack.” This moment of frustration turned a ski bum to inventor and SubQ Designs was born.

When heading into the backcountry there is a certain amount of gear that is essential for survival, SubQ Designs rethinks that way you pack for your next hut trip. Extreme versatility and breath-ability are the vital features in the SubQ Designs jackets. Combing outwear with the convenience of a interior vest that contains your beacon, probe, shovel and ABS airbags all wrapped up into one kick ass jacket. Fashion meets function meets bad-assery. 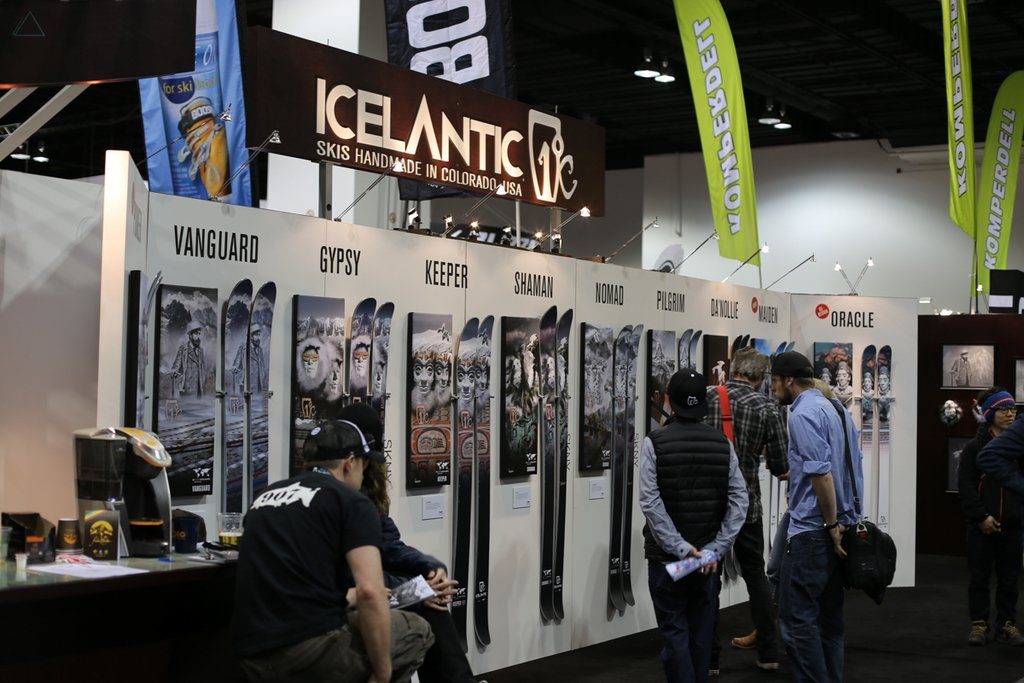 Voted in Freeskier Magazine as the most underrated brand in skiing, Icelantic is slowly burning through the competition. Denver, Colorado’s Icelantic Skis combine technique savvy with breathtaking local art. The 2016 line of skis features art by Travis Parr who has been creating Icelantic top sheets since the beginning and this year is wickedly stunning. Celebrate Icelantic’s 10th birthday and get yourself on a pair of these skis. 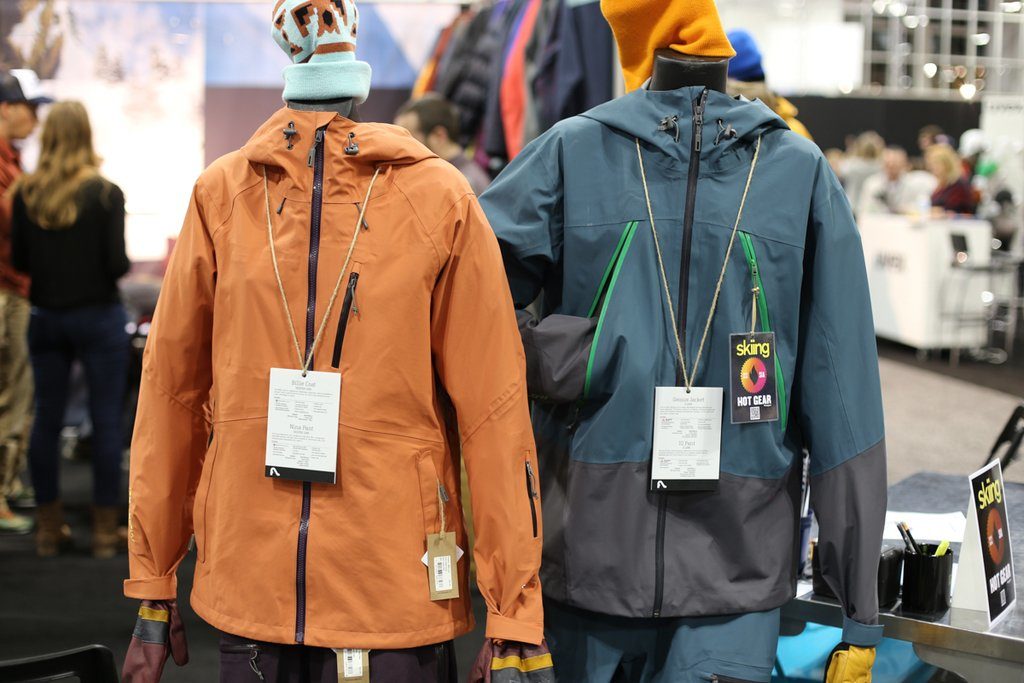 No storm will hold you back when you are rock FlyLow gear. Founded by Colorado natives Greg Steen and Dan Abrams, their mission is to outfit the modern skier with the best in durable, high performance and affordable outwear. Get equipped to tackle anything the Mother Nature can throw at you. 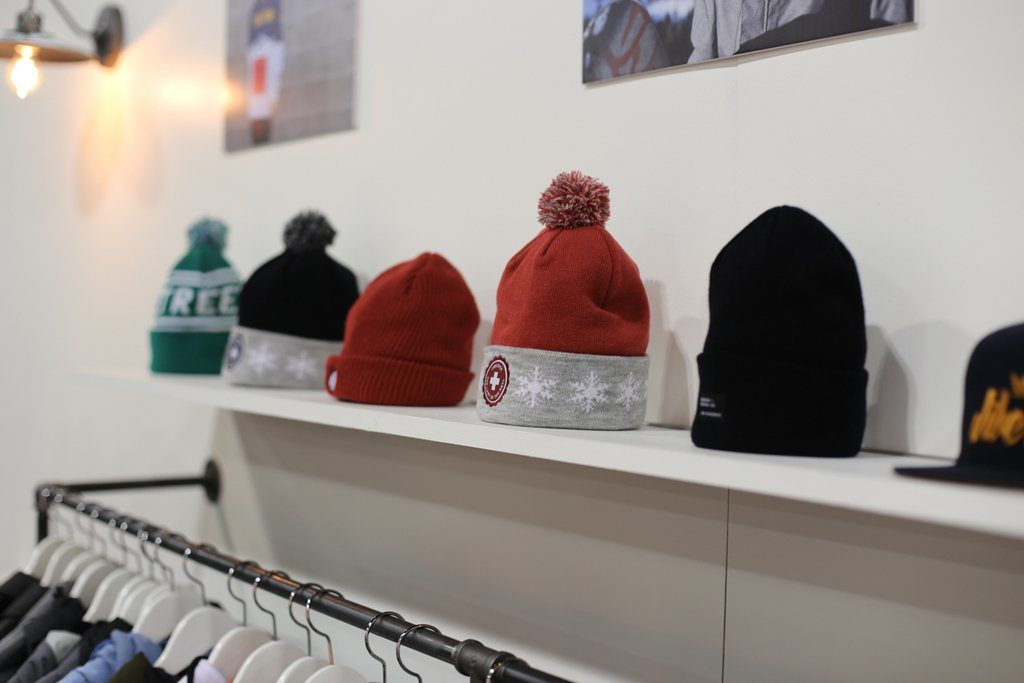 Custom is king with Jiberish. Utilizing their own patterns and style to create a unique line of men’s clothing that is inspired by the rugged Colorado terrain, Jiberish is a heavy hitter in a world where mountain studs live right in the city. 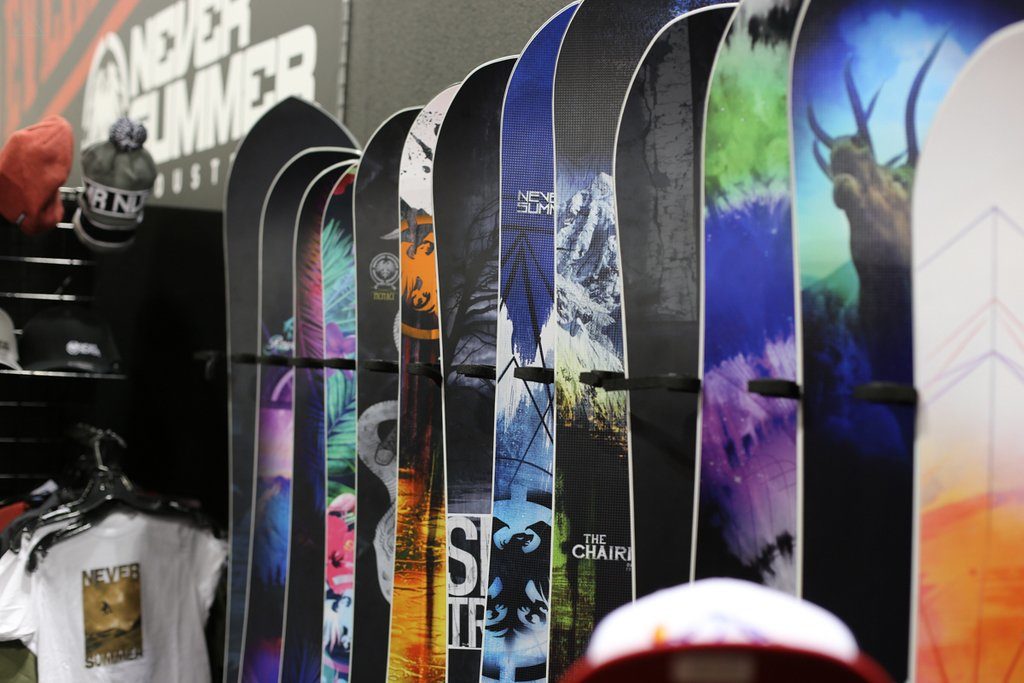 The 2016 line of Never Summer boards features their newest technology with the patented Rocker and Camber and the Vario Power grip to give you the best range of boards from freestyle to backcountry. 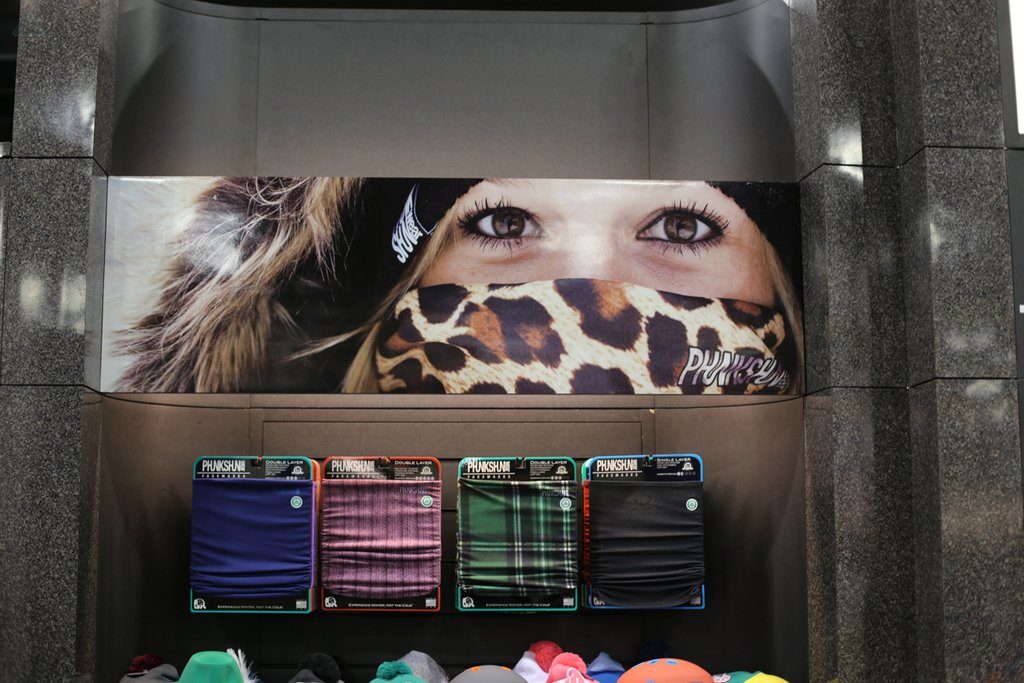 Keep your smug mug looking fresh and protect it from the harsh winter elements with Phunkshun Wear Facemasks. Colorado based, these facemasks are crafted from hand-selected fabrics and patterns to give you a new look with various fabric options from moisture wicking to merino for every day of the season.