The Morning After: The Savory Spices of LoHi’s Lola 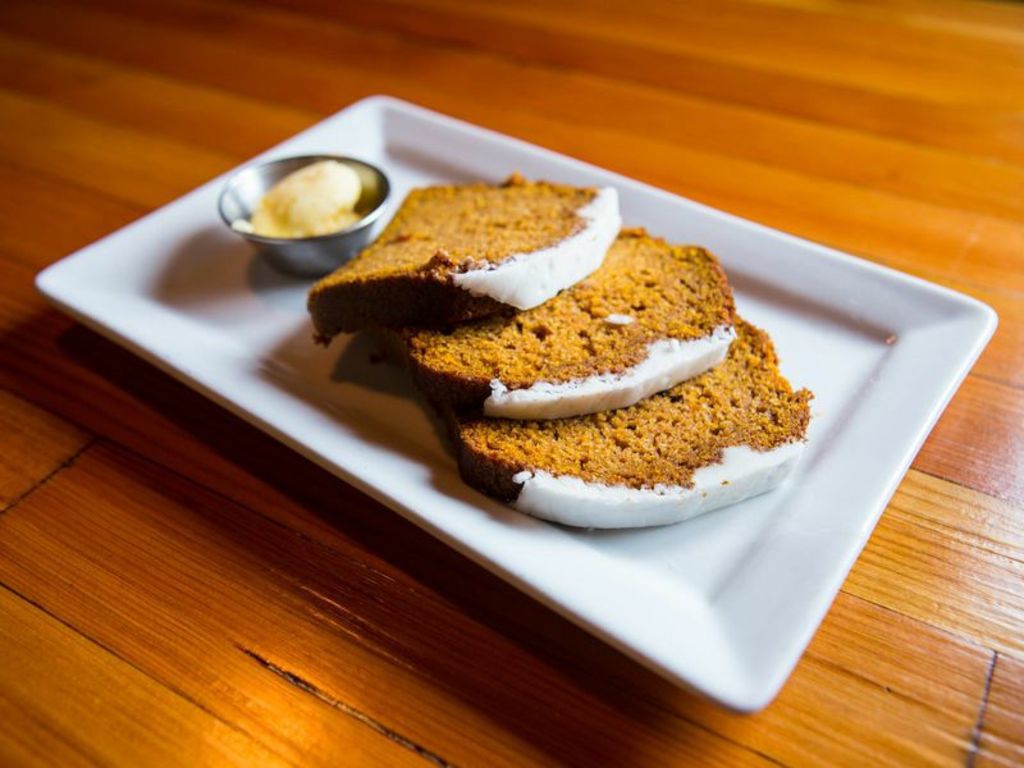 What: Mexican-inspired dishes and American classics.

Con: Some of the seating areas are a little dark.

Recently,, I had the privilege of trying Lola Mexican Fish House for the first time. Less concerned as I was with the lively interior and spacious patio, with its many side rooms and exposed kitchen, Lola rather represented a much needed answer to the noise of hunger announcing itself from seemingly every fiber of my being. In light of all this, I only managed to tackle two appetizers and two entrees, but it was all fantastic. 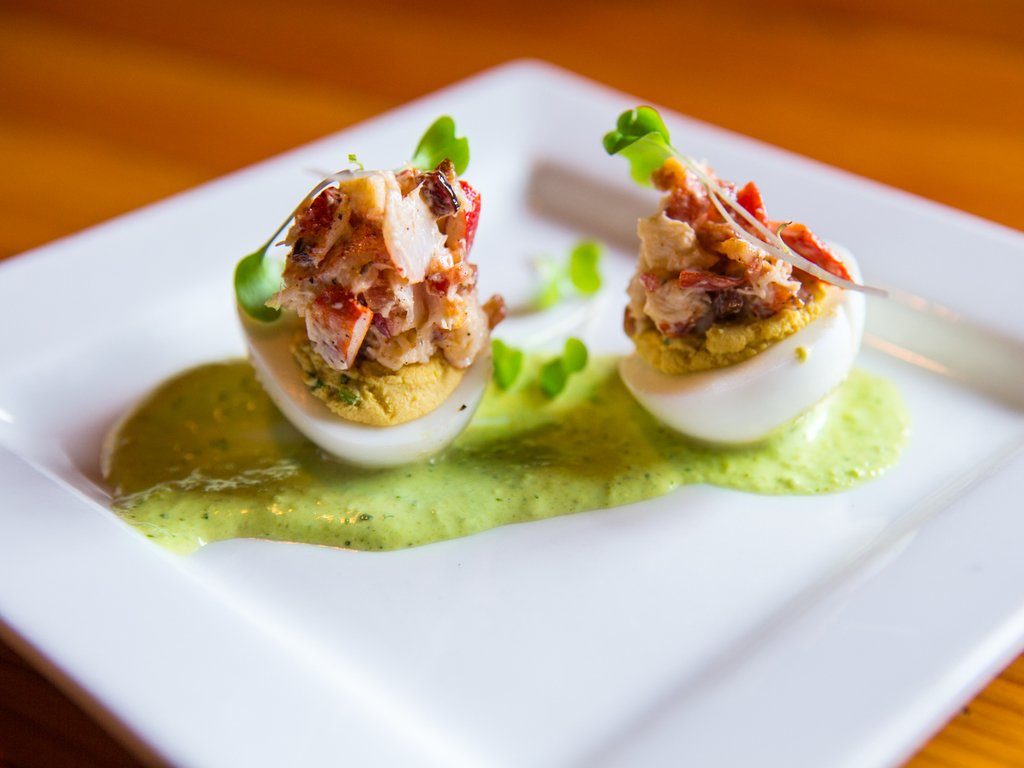 Caught in one of those moments of sincere indecision, server Nicole Greenhouse approached me as I stared blankly at an extensive list of Coinstyle Margaritas and Specialty Cocktails. Steered by Greenhouse toward the promising power of the second category, which features libations like the oak barrel rested LoHi Old Fashioned ($12) and Jalisco Negroni ($13), I eventually settled on the Fuego Verde ($10) in need of a drink that could pack a punch. Its nuclear glow and muddled jalapeño and cilantro spice will delight non-traditionalists and Bloody Mary lovers alike.

The Pumpkin & Chipotle Bread ($4) with cream cheese frosting and agave butter likewise lift spirits by way of the tastebuds. It is a recommended preamble to Lola’s entrees, as are the Lobster Deviled Eggs ($10). I wrote in a previous article, and have now discovered to be universally true, that an added meat texture works wonders, to me, on the otherwise unappetizing dish of deviled eggs. At Lola, the appetizer combines crispy bacon, serrano aioli and lobster with the hard-boiled egg. 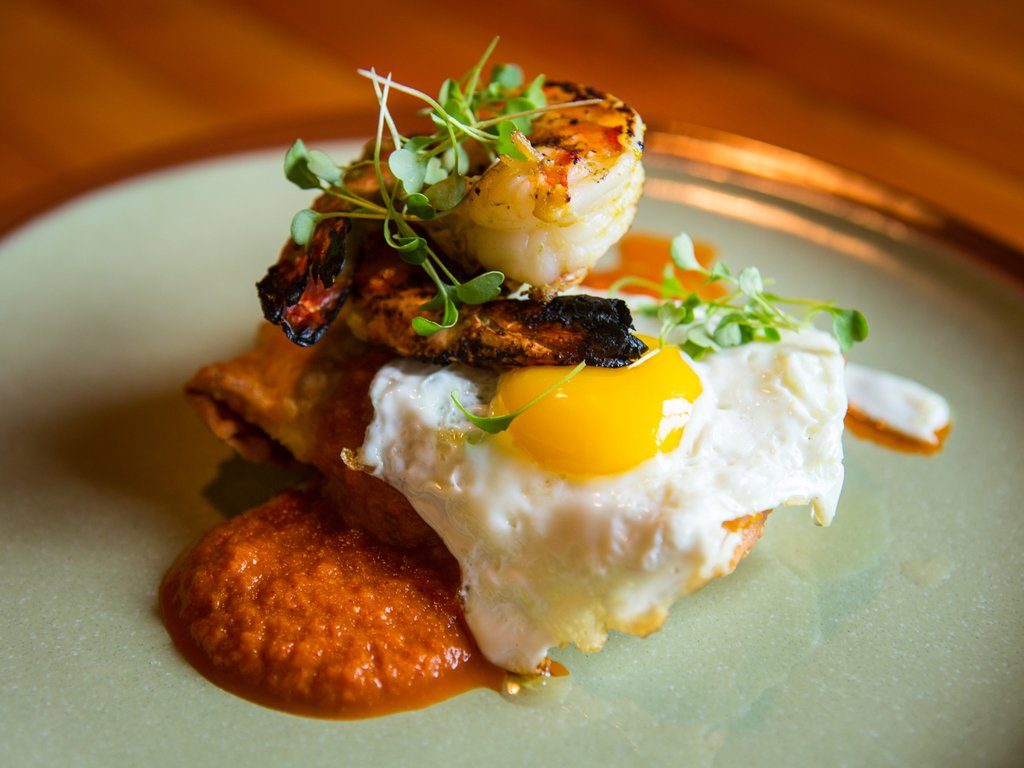 Feeling as if I’d somewhat already covered my bases, I was tempted, as is often the case, by the no-frills approach: the basic breakfast. Named El Admiral ($8) after a regular who made just such a request one enough times, the basic comes with two eggs, bacon, anson mills cheesy grits and habanero salsa. For a few dollars more, which Greenhouse mentioned is also very popular, the Yucatecan Breakfast ($11) has scrambled eggs, fried plantains, rice, beans, and molasses hot sauce—more in the vein of the Mexican qualifier and tradition which amends the restaurant’s name. Lastly, for reasons that will be clear enough in the coming weeks, I felt obligated to hold off on the Chicken & Waffle as well, though I’m told this is one of the dishes for which many people keep coming back to Lola. 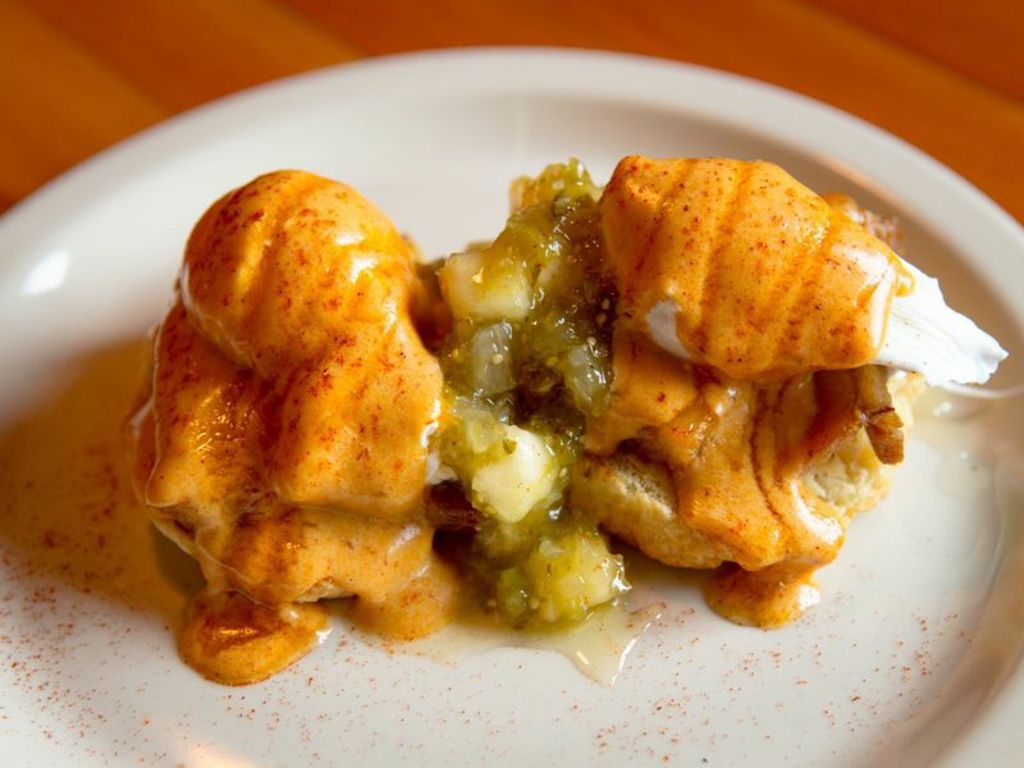 The first entree I tried was the Chicharrón Benny ($12). Here you’ll find a firm handshake of two North American flavor profiles: two poached eggs, pork belly, green chile and cheese biscuits, heirloom apple tomatillo, chipotle hollandaise, chimayo pepper and a honey drizzle. Last but not least, the special of the day, which I was told to try even after vocally expressing hesitancy—if it’s good, and only one person ends up reading about it with the intention of going to try it for themselves, then, of course, I wish not to be held accountable. Rest easy, Mexican food lovers, and rush in to try the Lolaracha (working title): a smoked cheddar and corn relleno with a sunny side egg, tomato chile de arbol and two large shrimp, the best seafood brunch dish I’ve had in Denver to date.

I’m not embarrassed that the only reasons I ever go to the highlands are to browse the shelves at West Side Books and to try out new restaurants. Give Lola a taste for yourself, I’m sure you’ll understand why.