Q&A – G-Eazy & Blizzy Talk Red Rocks, Fame, and ‘From The Bay To The Universe’ Tour

303 Magazine caught up with the impossibly cool G-Eazy and his drummer Blizzy before their sold-out show at the Ogden Theatre on 1/5. G-Eazy’s Tour “From The Bay To The Universe” boasts a killer 2-month international lineup that takes them from the Bay to another hemisphere.

G-Eazy aka Gerald Gillum first fell on the map making music as a sophomore at Loyola in New Orleans, self-producing a viral hit in 2009 called “Runaround Sue.” His talent and one of a kind sound speak for themselves. Hard work has gained G-Eazy one of the biggest cult followings in the game, and his 2014 album These Things Happen hit many top charts including the Billboard 200. Blizzy aka Blake Robinson comes with an impressive cult following of his own. The two are a dynamic and intelligent example of the power of ambition in the hip-hop world. 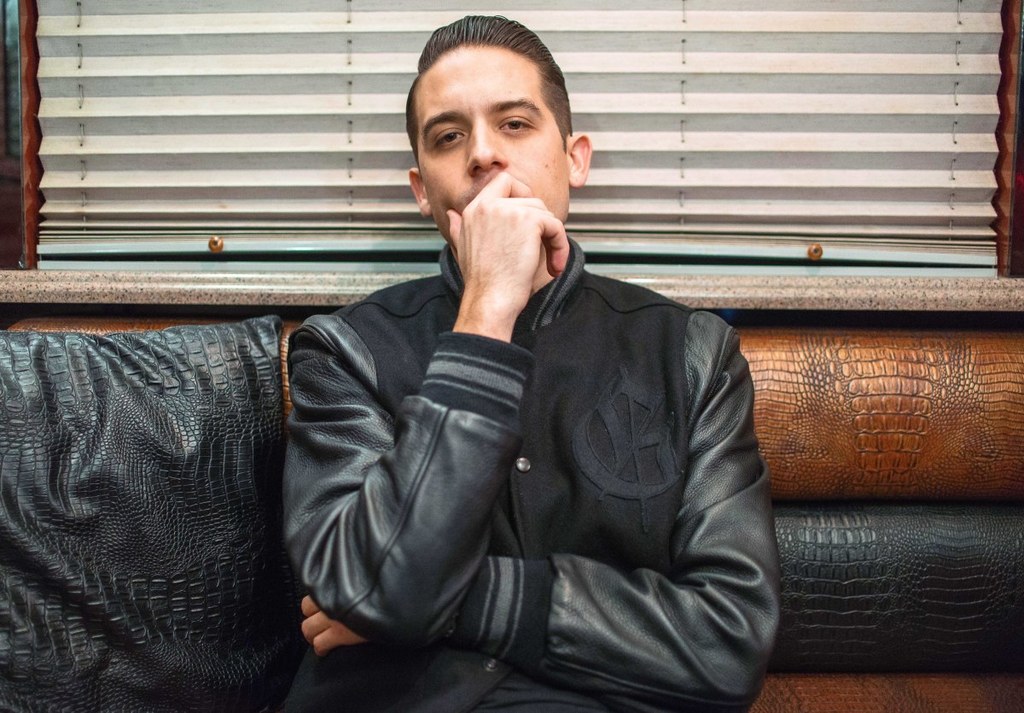 303 Magazine: We really appreciate you being able to sit down with us, thank you for having us in your home. Welcome back to Colorado. The first time I saw you perform was at Drake Vs. Wayne at Red Rocks Amphitheatre. Tell me, what was it like touring with these monster names in hop-hop?

G-Eazy: I mean it was a blessing just to be invited on to that tour, you know, those are two of my favorite rappers so for them to reach out, it was a great opportunity for me. But to get to perform at Red Rocks, what is really the most iconic venue in the country.

The way I see it, there’s Red Rocks and there’s Madison Square Garden. So it was definitely a landmark to get to step across that stage. And perform in front of that crowd. I mean, overall, it was just a hell of an experience. 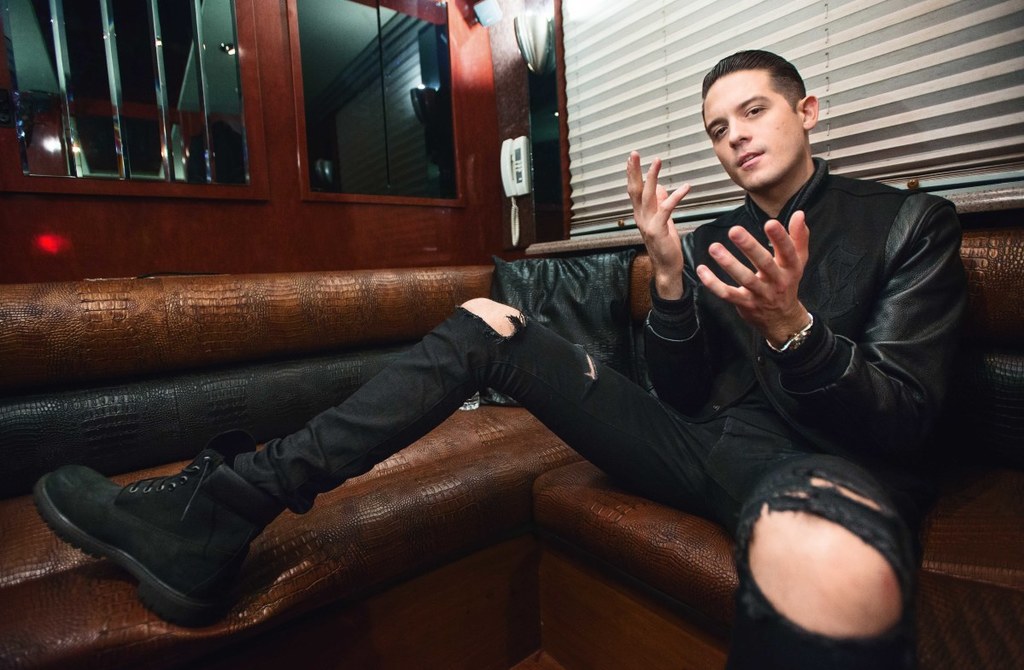 Did you write your name on the wall?

I did. Yeah, that backstage is crazy.

Tell me, you’ve opened and headlined tours in the past 5 years. What is the biggest difference?

It’s night and day. But they’re both essential. Because when you’re opening, you’re getting up there in front of fans who aren’t necessarily all there for you so it’s a tougher crowd. You have to do those kind of shows to get the exposure to get out in front of new faces. And you can always learn something when you open up for somebody else, you know, it’s like somebody that’s bigger than you they’re up there for a reason.

If you just pay attention and kind of take notes and study what they’re doing, from the show to how everything operates back stage, you can learn something. It can be a learning experience opening for someone whose bigger than you. But you know, it’s a balance. I wouldn’t be here if I hadn’t opened up certain tours and gotten exposure from that. But the ultimate goal was always to have my own tours.

Your albums sell millions of records, you have the Ogden sold out plus you have a huge fan base out here in Colorado. What advice can you give to young rappers?

This game takes patience. Especially you know when you want something that’s so far away, you have to have discipline and work ethic and patience. Be consistent, stick with something. It doesn’t happen over night. If it looks like it happened over night, it probably took 10 years.

The first time I ever performed in Denver I believe in 2009 at small room at Cervantes, there was maybe 30 people there. I took a walk and I found the Fillmore and the Ogden and I was like wow, one day. I want to come back here and play these big venues. It’s been a long time coming.  But I never lost sight of you know, what I wanted and I still haven’t. Were not done, we’re only getting started.

You talk about fame as a drug, you said in a Rolling Stone interview that you have an addictive personality. What are some other drugs right now for you? Women, of course?

Yes women. Whiskey’s a drug. Money’s a drug. I don’t smoke as much as I used to, I smoke to pass out usually. For me personally, it just doesn’t make me productive. My manager on the other hand, he needs to smoke to get shit done.

To each their own. You’re ending your tour in Australia about a month out. How does it feel to be crossing oceans to perform, headline?

I’m excited it’s just crazy, I never thought music would take us around the world.

Freshest Drummer Alive with his own claim to fame, Blake aka Blizzy Robinson has been touring practically non-stop with G-Eazy for the past 6 years. The duo met in New Orleans, Blizzy’s home town. It’s a match made in beat and harmonial heaven. The two vibe perfectly and effortlessly on the stage. 303 Magazine was lucky enough to pick the brain of Blizzy as well. He has become a drummer with his own name, an individual outlook, and ambitions comparable to no one. 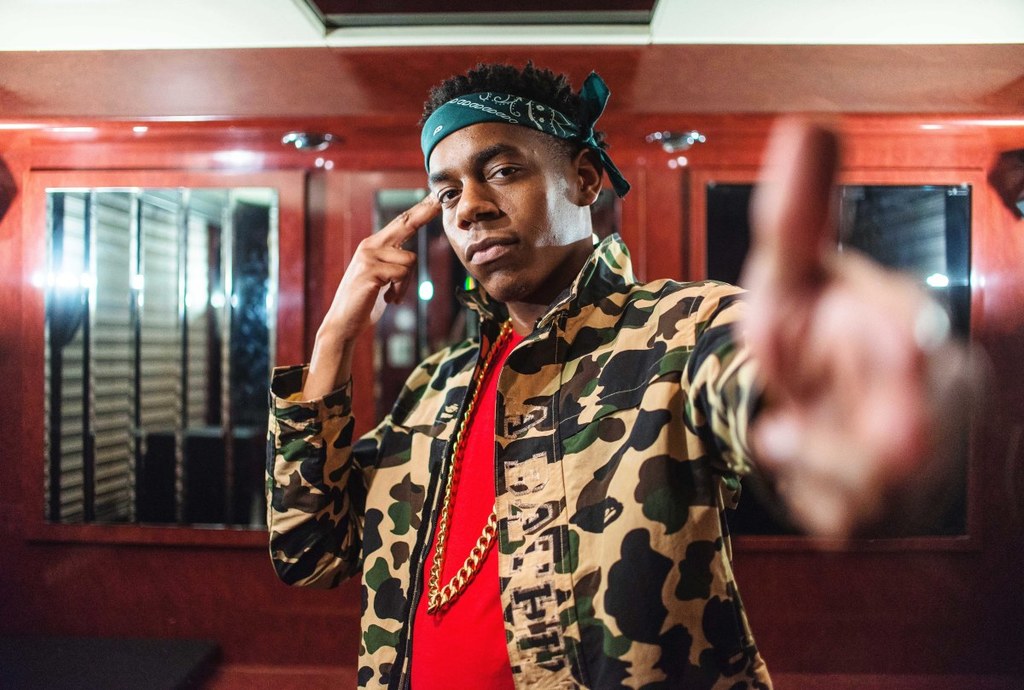 303 Magazine: So you’re the only one on this tour who is not from the Bay area. But you, G-Eazy, Kehlani, Cool John, Jey Ant, you all have the same energy. Tell me what do those two places have in common, how does it work so well?

I feel like the Bay and New Orleans have a very strong connection. That’s why we have so much in common, we feel each other.

It means stand true to your closest friends, always hold them down. Make sure that everyone stays loyal to each other, you know. It’s more like a movement that just clothes. Be loyal, stay true to yourself, bear yourself.

And with some of your more graphic designs, do you release by season or how do you work?

I go by season, but I really go by what I’m feeling at the moment. I don’t drop a lot of stuff. I used to do whole collections but I really just want it to be more rare. I am not the type of person who likes to wear what everyone else has so I’ll limit the items. I like them to be as exclusive as possible.

Does the idea of the Loyalty Club, this movement, reflect in your music?

Tell me about the first time you met Young Gerald?

When I met G, he was hella cool. This was before anything was actually moving. It was like at the beginning too, he was like real humble. He is the same person that he was in 2009, even with all the success and stuff. That’s why I respect him so much, that’s why we vibe so good, cause he never changed. I keep trying to tell him he needs to be more cocky. I’m kind of cocky. That’s not the right word, it’s more like confident.

When did you start playing drums? Did you have a hero or drum God growing up?

I started playing drums when I was 4. Drum God would be Travis Barker. Travis Barker or Quest Love, they’re the most popular drummers, and if you think about it, even the average person knows their name. That what I want to aspire to be, I want to be the next person or drummer that really stands on their own and has their own name. That’s why I started #FreshestDrummerAlive. To set myself apart.

Follow G-Eazy and Blizzy on their tour, check dates and buy tickets here. 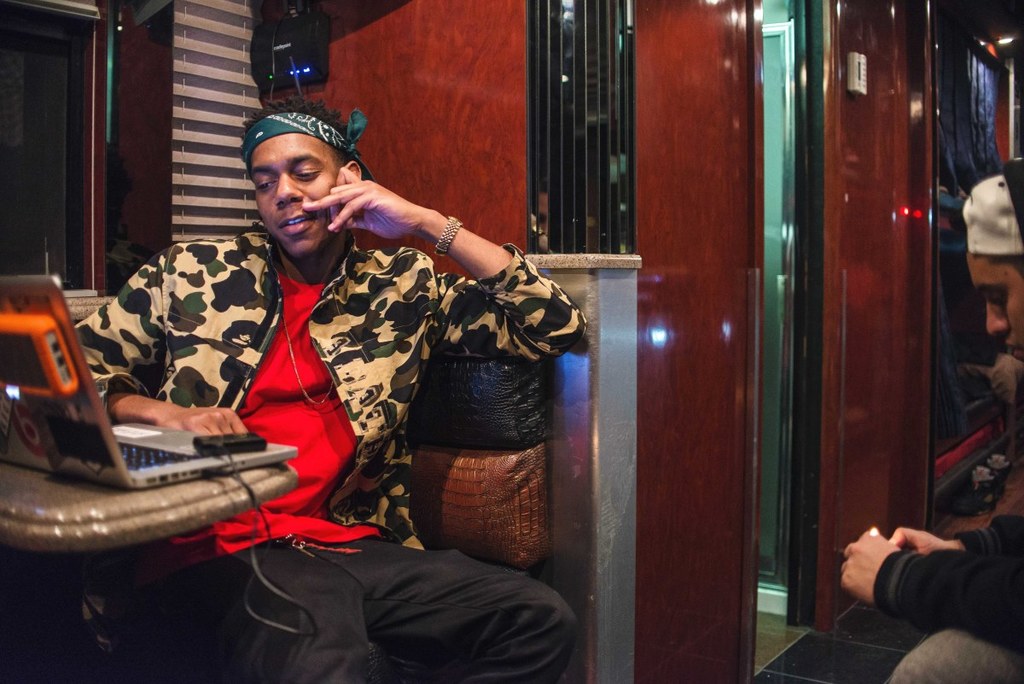