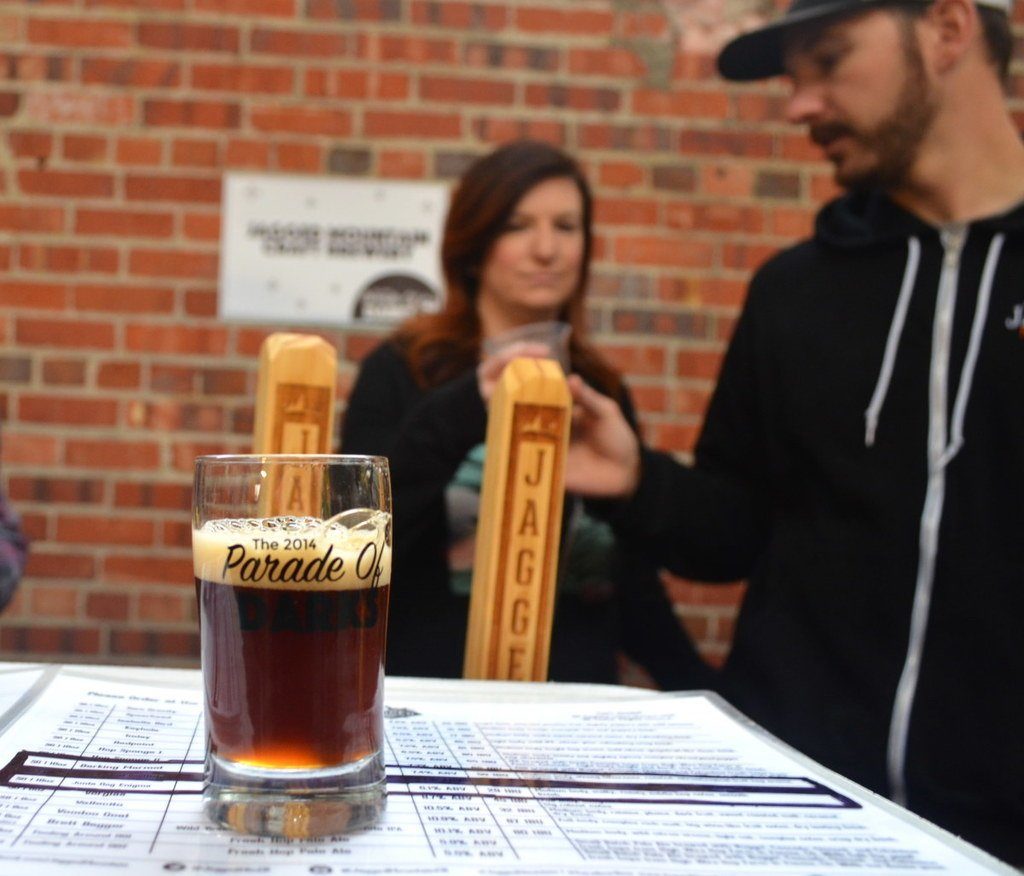 The Parade of Darks was Denver’s most prominent event for dark beers. It showcased deep in (what is supposed to be) winter and included over 50 different beers. In case you missed our preview of this event, check it out here. It had all the elements of a good parade: snacks, plenty to drink, and a nice venue. The event took place during — and inside of — The Denver Flea. It was a packed house at Flea this past Saturday, and the parade provided a nice oasis to refuel and re-alcohol in the midst of what may have been your shopping or beer adventure. The center was an old warehouse, which is great unless you drop a glass on the floor. Then you got to experience everyone mocking you with “ooohhhh” and looking in your general vicinity, as one hapless gentleman experienced.

For everyone who did not attend we created a list of our favorite dark beers. Typically dark beers instill a love or hate relationship. No matter what your feelings are, life doesn’t improve if you don’t step outside your box. Let us show you the first couple of steps if you are a non-believer. If you love dark beers, read on to find your next growler fill. Since the event was a “parade” of dark beer, we’ve added a couple notes for your enjoyment:

Fiction Brewing’s Green Tea Chocolate Milk Stout, 8 percent abv : Our first stop was at the corner of mint and chocolate.This beer, with notes of matcha green tea, tasted like a chocolate stout that someone melted an Andes mint into. It was delicious and finished with a residual but pleasant sweetness. If it was a in parade, it would be: the clown float. Intriguing to all, but might scare some of the less adventurous away. 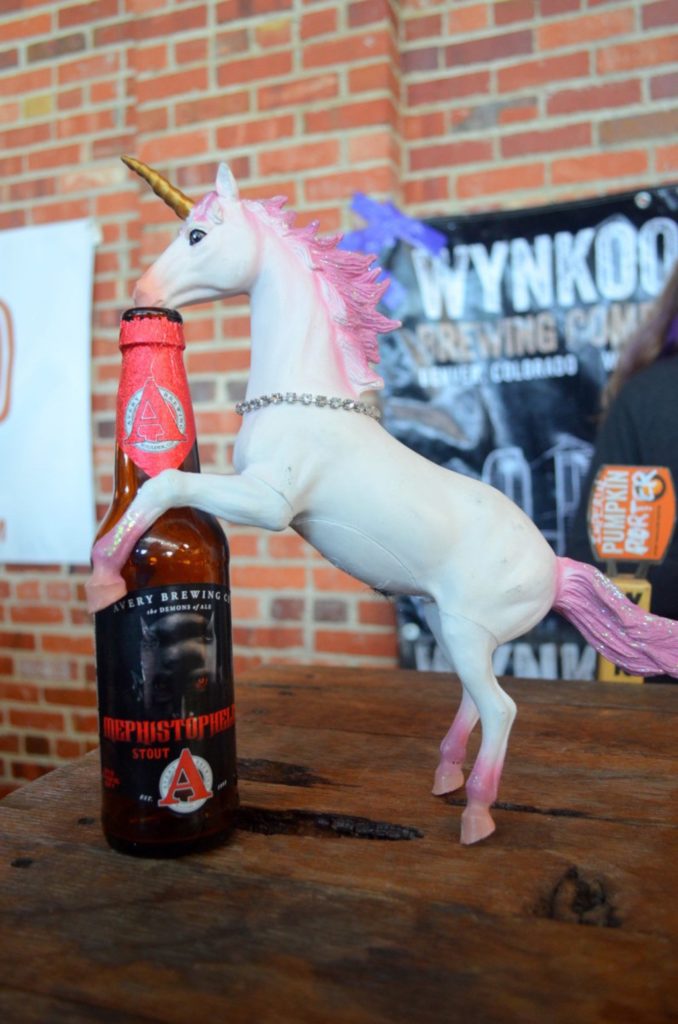 Black IPAs from Fort Collins Brewery (10 percent abv), Dads and Dudes (6 percent abv), and Crazy Mountain Brewing (abv unknown): Parade of darks wasn’t just a showcase of sweet, dessert-like beers. Rather many brewers brought Black IPAs. Dads and Dudes was our personal favorite, with just enough sweet wheat finish but with an industrial IPA taste to start. Fort Collins Brewing’s Black Sheep had more of a medium body and a mild IPA flavor. Crazy Mountain’s was very hoppy, with a less sweet finish.  If  they were in a parade, they would be:  the big balloon section. No one really knows what to do with it, but it appeals to a lot of different tastes. (Dads and Dudes also had a toasted caramel beer that disappeared quickly).

Station 26’s Plum Dubbel, 8.1 percent abv: It was one of the lightest fares in terms of color, but it held more than its own when it came to taste. It was the same hue of plum flesh, and had a cheery hoppiness to it. If it was in a parade  it would be: the fancy sports cars with Miss Colorado. Draws a lot of oohs and ahhs and is gone in a flash.

River North Brewing Quadruple, 9.60 percent abv : It had a walnut-wood red hue and a hearty, malty, almost red-beer taste with just a zing of bitterness. If it was in a parade, it would be: the Veteran’s float. A little more traditional, but they get the salute they deserve. 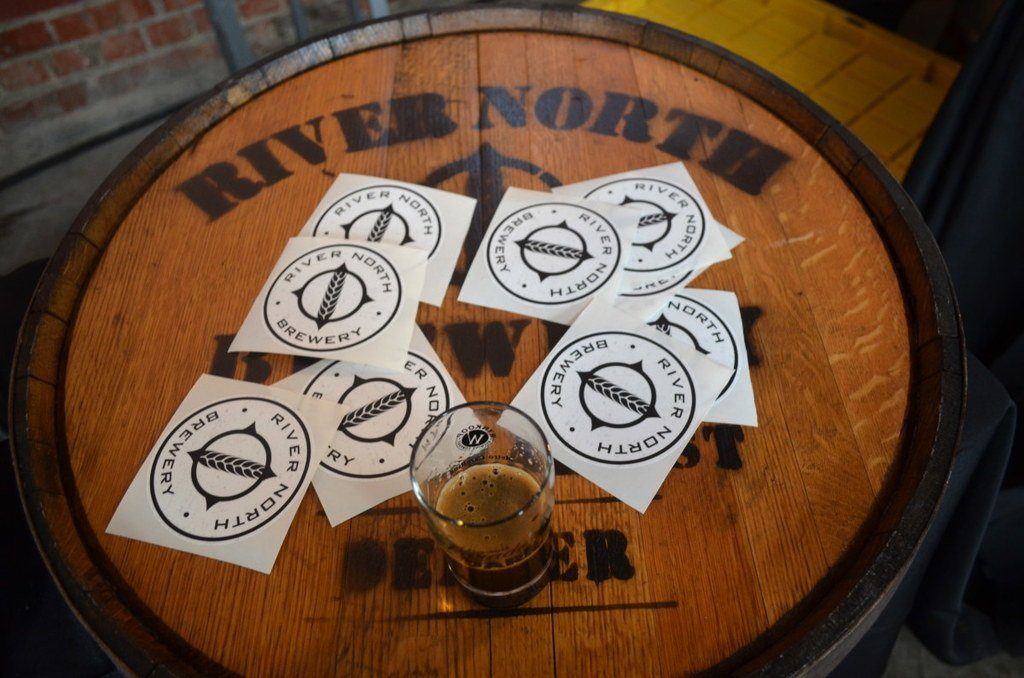 Wynkoop Toasted Coconut Milk Stout (abv unknown): This was the brewery responsible for getting us tipsy on a Saturday afternoon. Wynkoop brought a toasted coconut milk stout, which was (according to us) very different from most other milk stouts. It had just a tad of the bitter coconut flavor, but was sweet enough that it melded nicely.  If it was in a parade, it would be: the high-school band. No one is sure of what they are doing, but everyone cheers when they show up.

J Wells Brewing’s Defiance 3.8 percent abv: This brew tasted of raisins and a slight plum flavor. Not as strong as River North Brewing’s, but the jam-like flavors were there nonetheless. It was strangely fruity but it mellowed out into a tart sweetness mixed with a malt-ale flavor. If it was in a parade, it would be: the float with the bounce-house. It appears to be fun but it is not afraid to knock some teeth out.

There were a lot of other stops made at the Parade of Darks. This was just a taste. It is truly inspiring to be part of a culture that didn’t exist even 10 years ago. Breweries and beer aficionados are creating a world with better beer for everyone. The Colorado craft beer scene has changed the way Colorado — and a lot of the country — looks at beer. So join us next week as we look at a few more from Denver Festivus, happening this weekend on December 13.