Fork It: The Blue Bonnet Revolution 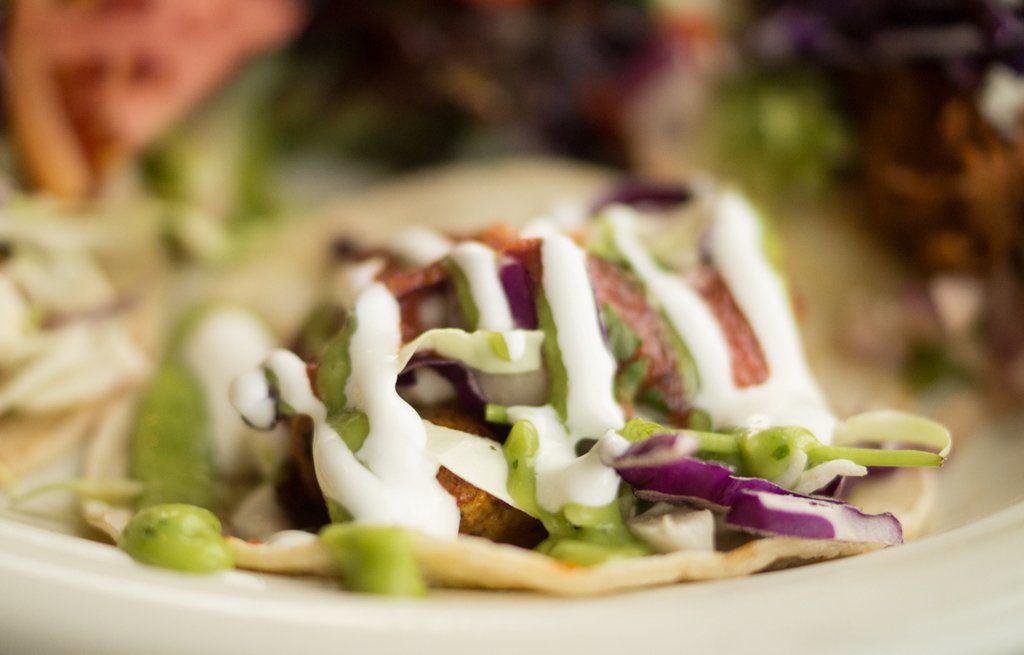 What: Familiar Mexican fare, signature dishes done well, and an extensive list of flavorful variations on the Margarita.

On the afternoon I first set foot in Blue Bonnet, a man was rushing through the restaurant en route to visit family outside of the city. Knowing better than to show up empty-handed, he had stopped, by request, to stock up on some of the restaurant’s signature salsa before continuing on his way to DIA. Personally, to witness a situation like this would alleviate any doubts about the value or authenticity of a business—customer loyalty, though occasionally misplaced or held out of some hard-to-grasp sentiment, in this case demonstrates the Blue Bonnet’s dedication to its patrons.

Surely, few restaurants announce their existence with as much force as Blue Bonnet (if you’ve driven down South Broadway, there’s little chance you missed the bright blue letters beaming down the avenue). And yet, if you’re new to the city or, if you’re like me, and curiosity has its boundaries, you may not know that the restaurant has been serving Mexican food for almost 50 years.

Gary Mobell and his sister Marci Rosenberg represent the second generation of the family-owned establishment—it was their parents who began serving Mexican food back in the 1960s. But after all this time Mobell acknowledges the competitive environment in which the Blue Bonnet now exists. “We’re dealing with a much more educated consumer. In order to stay viable we need to cultivate outside-of-the-box thinking, promote innovation and creation,” he said.

“[Blue Bonnet] boasts one of the most comprehensive gluten-free menus in the city.”

Thankfully, they have the likes of Jon Duvernet as their in-house mixologist; Duvernet has been behind the Blue Bonnet bar for over 20 years. “These drink specials contain no flavorings out of the jar…we’re after a fresher product that is cleaner, better tasting,” said Mobell as Duvernet presented a flight of Margaritas including the Cucumber and Fire-Roasted Jalapeño, house-roasted Cranberry, Strawberry Basil, Spiced Pear and three classics: the House, Sauza Grand and the Cointreau Versial (all $6.50-8 each). The fruit concoctions are subtle on tequila but pack a punch to the palette, while the classics put the smooth and subtle notes of reposado center stage.

This is not to say that the kitchen is not capable of novelty in its own right, but Chef Luis Galvez, who has also been at the restaurant for over 20 years, is more concerned with cooking traditional dishes the right way. Galvez oversees a kitchen of 23 cooks in order to adequately capture the essence of tradition, a group that Mobell compares to an orchestra. It is a good thing that the back of the house is such a well-oiled machine. Blue Bonnet offers an extensive list of time-honored Mexican foods and also boasts one of the most comprehensive gluten-free menus in the city, thanks to the help of third-party organization the Gluten Detectives. Small plates like the pork and hominy Posole ($4-6) and Urban Nachos ($8)—think dip without soggy chips—complement the bottomless tortilla chips and house-made salsas. Up the ante with any of the 10 taco options, of which I’d recommend the Fish (grilled mahi mahi), Beef Barbacoa or Chicken Adovado (adovado being a marinate that originated as a technique for preserving meat and is an incomparable burst of spices).

Because the Enchiladas, Chile Rellenos and Burritos (~$12 for combinations) are the most popular offerings, Galvez set out to nail a national standard some time ago: the hard-to-master Mole sauce, which, with its hints of pumpkin, cinnamon, and chocolate, lives up to that title. (Unfortunately, Blue Bonnet has discontinued its Chicken Mole entrée, but perhaps it will make a comeback somewhere down the road.) Other sweets, like the Mini Sopapillas or the seasonal Pumpkin Flan ($5) help to put the icing on the cake, as it were, and give a Blue Bonnet meal the delectable ending it deserves.

Ultimately, this is the kind of place where whether or not you find yourself in agreement with its popularity is beside the point. After all the triumphant years Blue Bonnet has enjoyed in Denver, it is a kind of local celebrity that, aside from its enduring if initially confusing name, needs no introduction.

All photos by Kiddest Metaferia