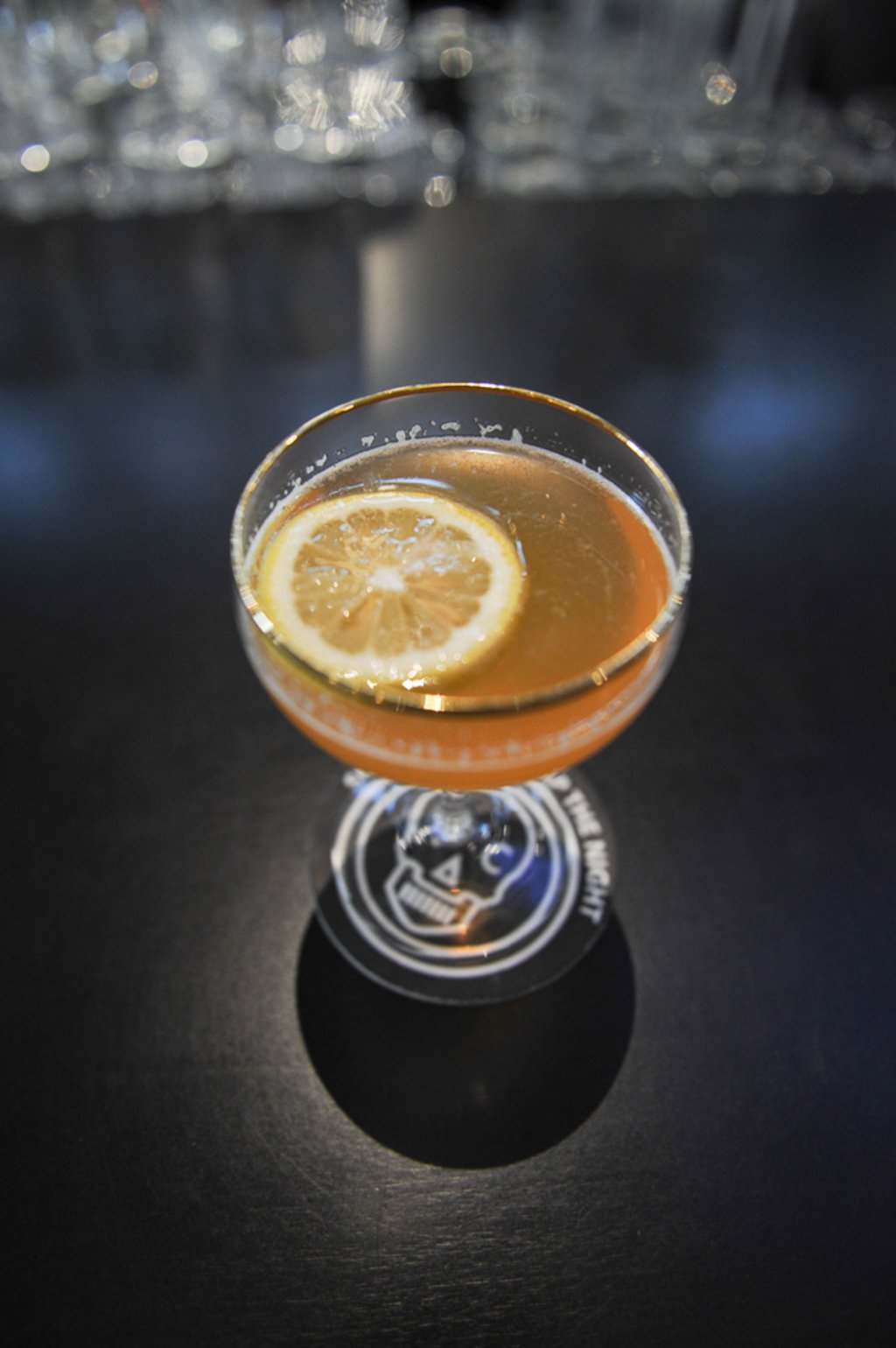 What: RiNo Yacht Club is a full bar specializing in craft cocktails

Pro tip:  If you have any burning questions about craft spirits or local distillers feel free to ask the Yacht Club, as many of the employees have a background at The Proper Pour, The Source’s liquor store.

Located dead center of the thriving marketplace, The Source, is the RiNo Yacht Club. It is the newest addition to the renovated foundry turned eclectic culinary paradise. Considering the open and communal atmosphere of the building, owners Mary Allison Wright and McClain Hedges wanted to create a common meeting ground that brought together the culture of each retailer in the form of a globally diverse bar. Originally Wright and Hedges noticed the need for such a space when they realized that their speciality bottle shop at the Source, The Proper Pour, became a hang out for visitors and employees alike. Collectively, the crew at The Proper Pour liked the idea of creating a club hence the name. And if you’re curious why a yacht club, the name is also a play on the fact that The Source rests on the banks of the mighty Platte River.  “[The Platte] is small, but it’s all we have,” laughed Justin Croft, the general manager. The “Yacht Club”, however, is meant to be anything but exclusive.

“The most important thing to us was to complement what is already going on in the building, instead of competing, and give everyone a reason to come to the middle of this space,” explained Wright. The result is an all-inclusive, homey, and welcoming cocktail lounge meant for friendly gatherings and familiar faces.  There you can expect incredibly knowledgable bartenders that intimately know the unique collection of small-batch spirits and independent wine labels produced by The Proper Pour.

“We really are passionate about the education behind it all” 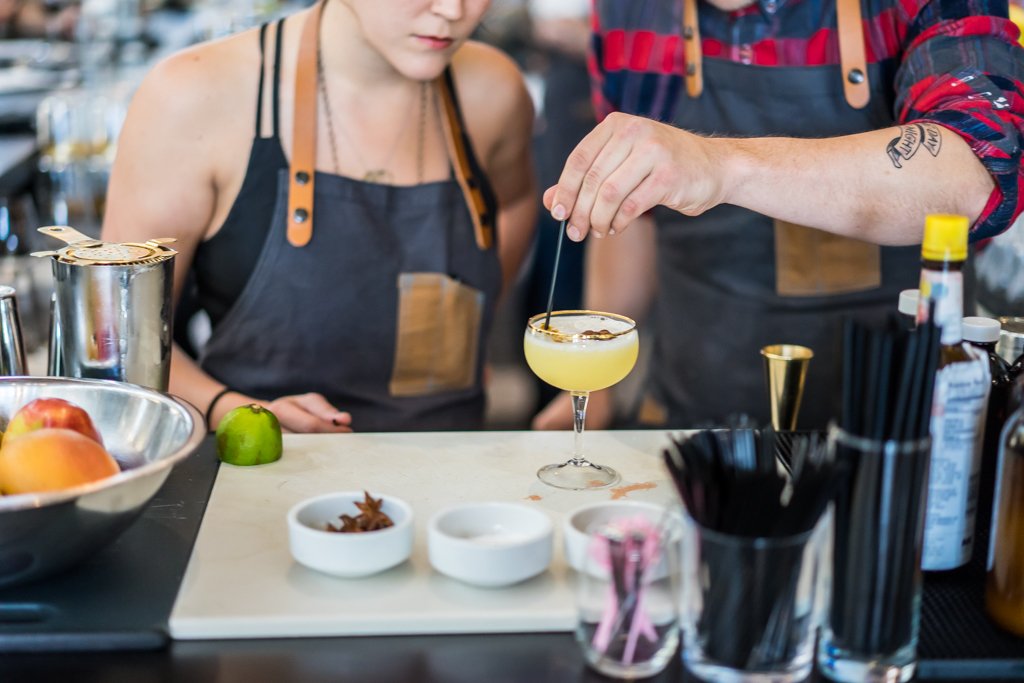 “We really are passionate about the education behind it all,” explained Wright. “That was our main driving force when we opened the shop. A lot of people aren’t familiar with these products and at one point we weren’t either. To be able to be on hand to tell people about them and to guide them is really important to us.” So come with questions, because the bar menu is extensive and deserving of conversation, particularly when it comes to the cocktails… 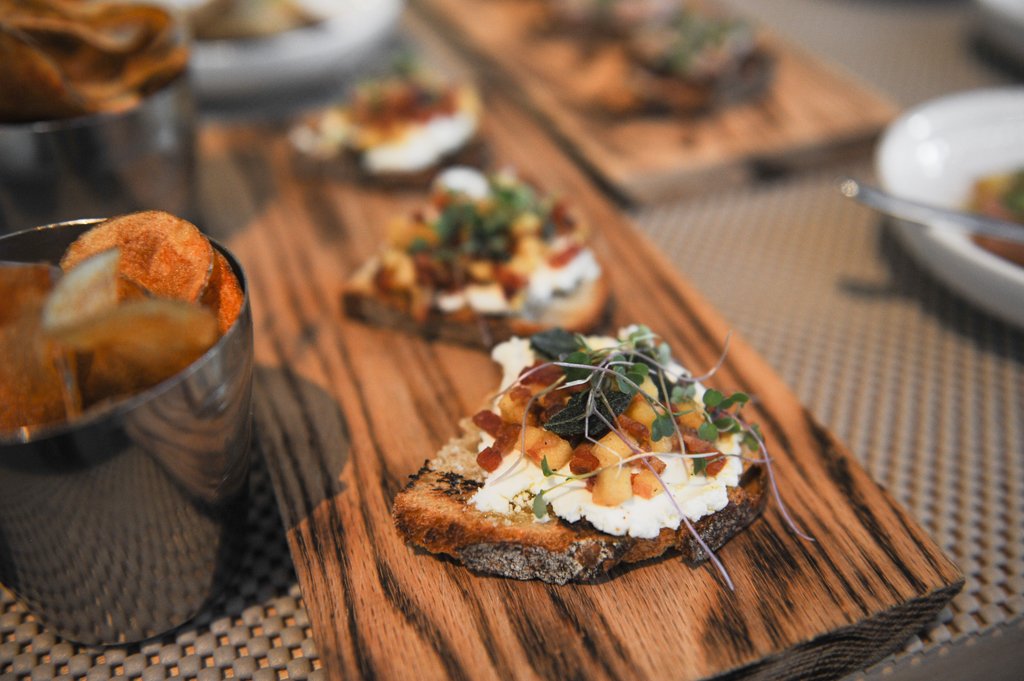 The cocktail menu at the Yacht Club represents flavors from both Western and Eastern hemispheres, largely taking advantage of the exclusive spirit collection at The Proper Pour. Concoctions such as “You’ll Shoot Your Rye Out” combine Rye whiskey, spiced pear liqueur, maple syrup, and Brooklyn Hemisphere Siracha bitters, creating a warm and seasonal cocktail with a kick. Following suit with the holiday flavors is “Piracy on Falcon Lake” a drink made up of tequila, sherry, Benedictine, grapefruit, and apple cider. This recipe masterfully transforms tequila into a winter treat, with many spiced cider tones and a smoothness that resembles apple butter. These libations can be enjoyed at the bar, where you can likely expect to chat with Hedges as he crafts your cocktail, or on a number of cozy, beautifully upholstered couches that square off a lounge area. This space is illuminated by a collection of 1,400 LED lights hanging above the bar from an installation created by artist Evan Mann. On a lucky night, this pendulous sculpture acts as a three-dimensional projection screen where one can view moving video. 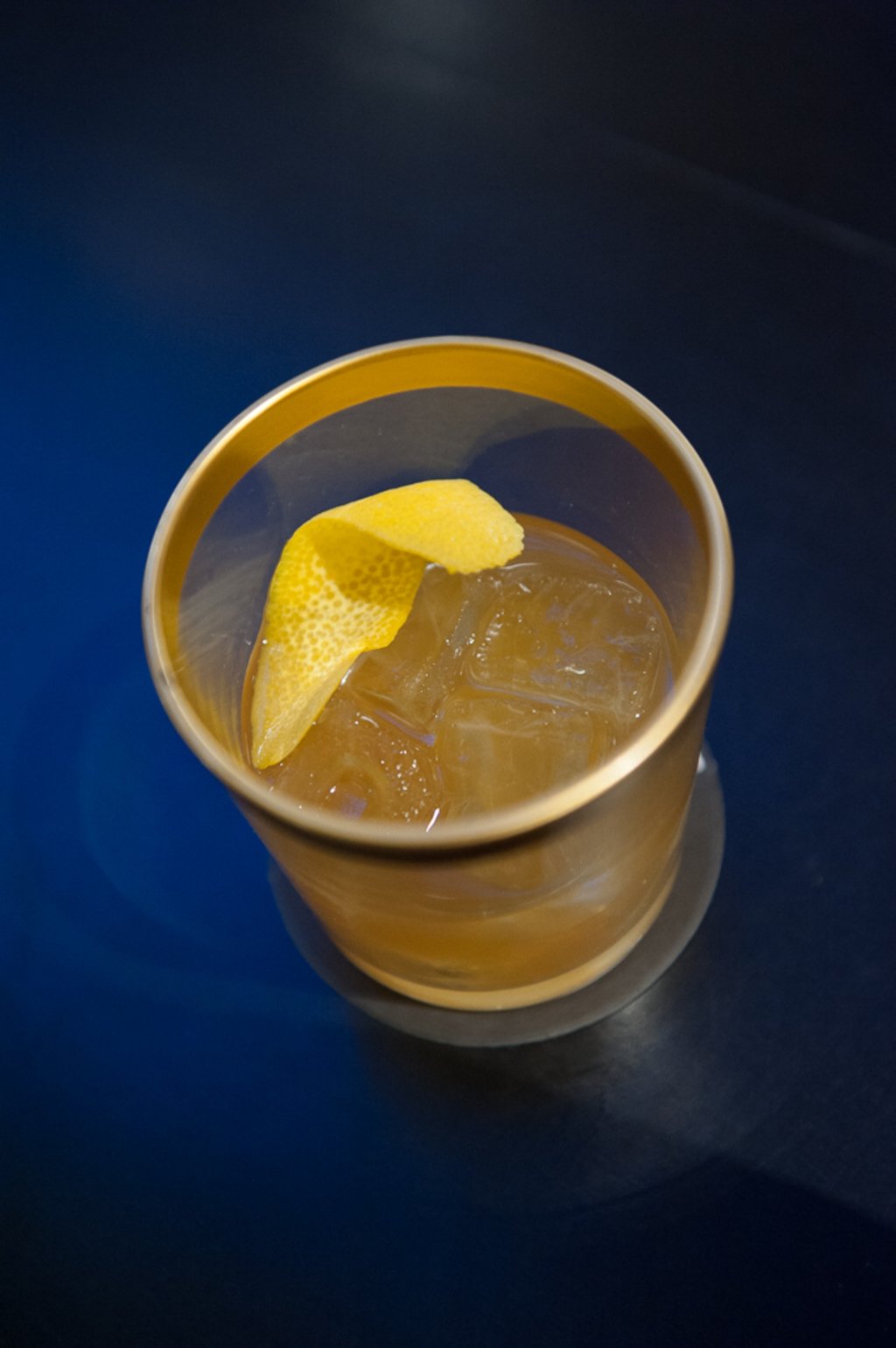 If you’re also hungry, the Yacht Club provides one of the most convenient and delicious dining options at the Source. Recently Acorn, the Source’s award winning restaurant, now hosts a dim sum cart of select small bites each night. Offering hors d’oeuvre style snacks at the bar create a pairing experience at an economical price. Dishes such as pâtés, fried brussel sprout, and beet salads are sold in increments of $2 with the use of a punchcard.  But you can always expect something new to debut with what they’re cooking up at Acorn.

With these great food and booze offerings coupled with an incredibly cool atmosphere and a dream team like Wright and Hedges backing this drinkery, the future of the RiNo Yacht Club shines as brightly as the brilliant chandelier that hangs above it. To sample an expertly made cocktail that is truly unique, visit the Yacht Club, open to the public Wednesday through Sunday.