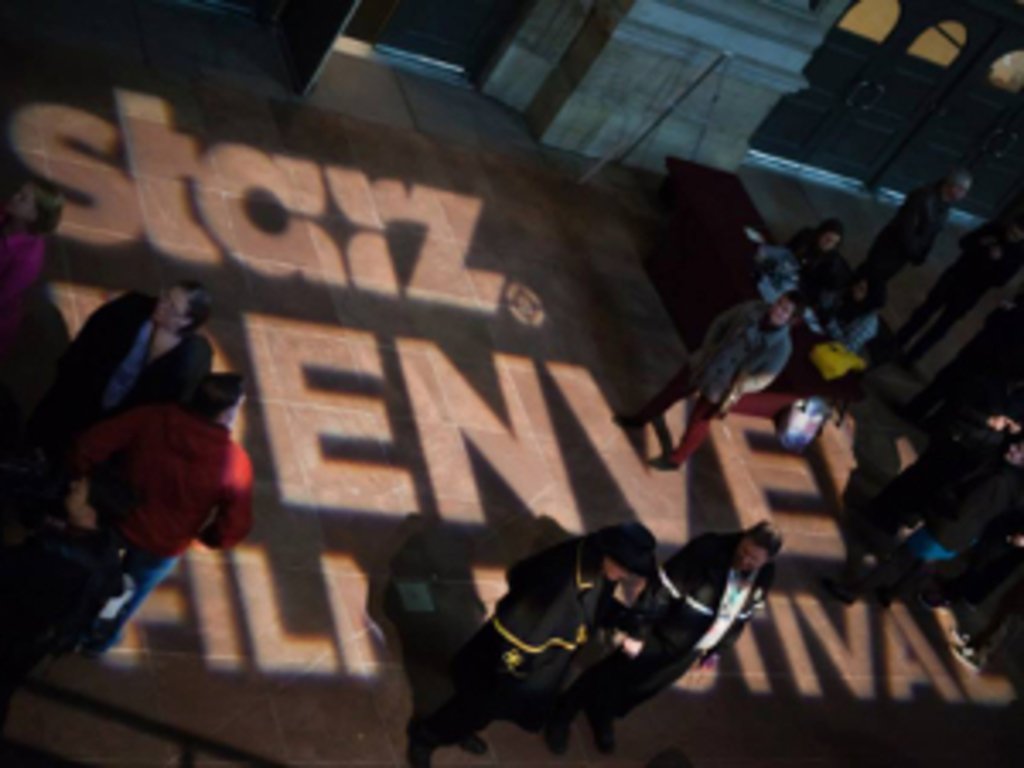 Hopefully you have braved the cold to get out and see some of the cinematic delights from all over the world. Remember a week ago the fest was just getting started. There were hundreds of features, documentaries and short films to see. Well, time flies when you’re watching good movies as the final weekend is now upon us. Here’s a selection of worthwhile movies to catch this weekend. Also, do not forget that the fine folks at the Denver Film Society who organize SDFF37 program movies year-round at the Sie Film Center on Colfax. Check out their site to see upcoming movies.

Click on the movie title to check on times and tickets. 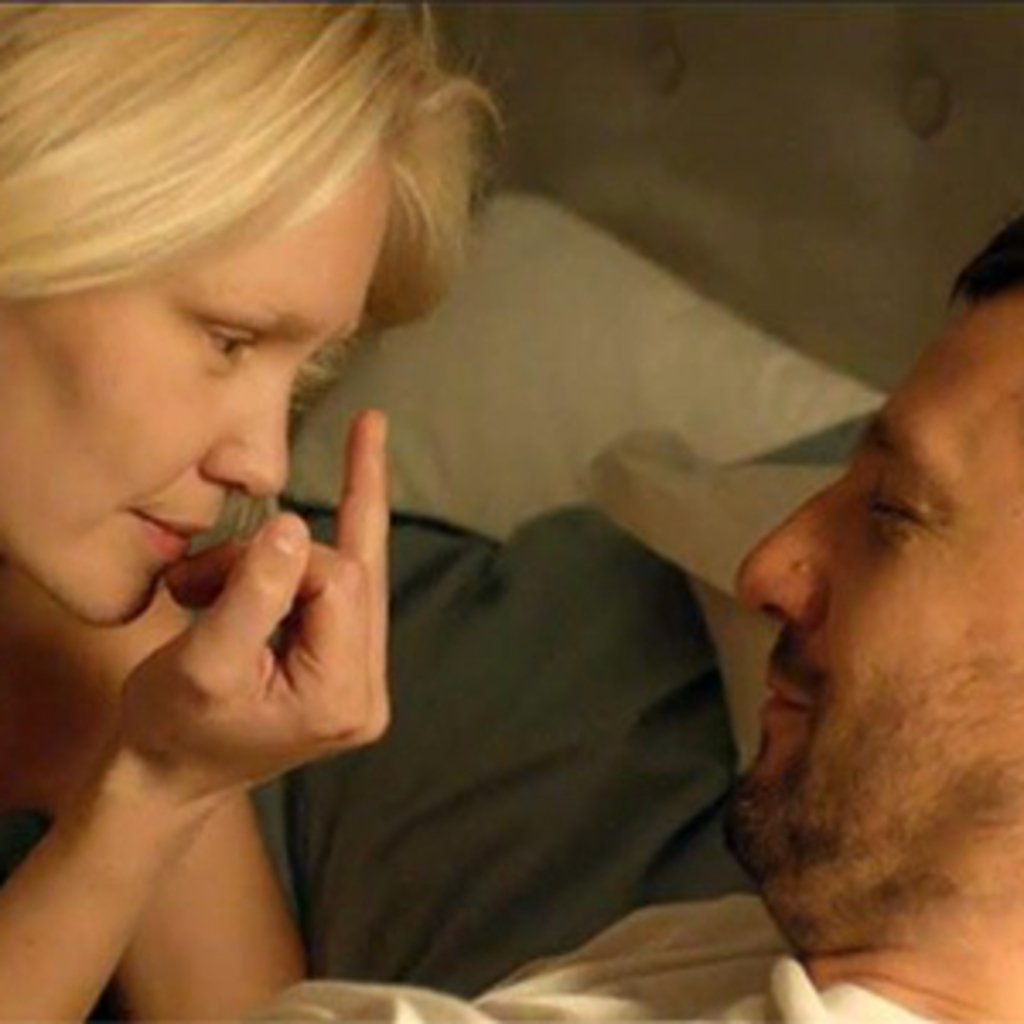 Ingrid refuses to leave her home. She lost her vision as an adult, so she remembers what certain things look like, but misses being able see if her husband is smiling at her. She introduces a cast of characters through her writing, which serves as her relief from isolation. There’s the man who can’t stop fantasizing about women, the single mother who has no friends, and Ingrid’s husband, who she fears stays home from work to spy on her. While the film’s tone is fairly serious, there are times when Ingrid has fun and infects the screen with laughter. But she can be vicious and obsessively paranoid in the world she’s created, where everyone’s lives become entangled in lies and shame. The line between objective and subjective reality is thin in director Eskil Vogt’s very ambitious debut. 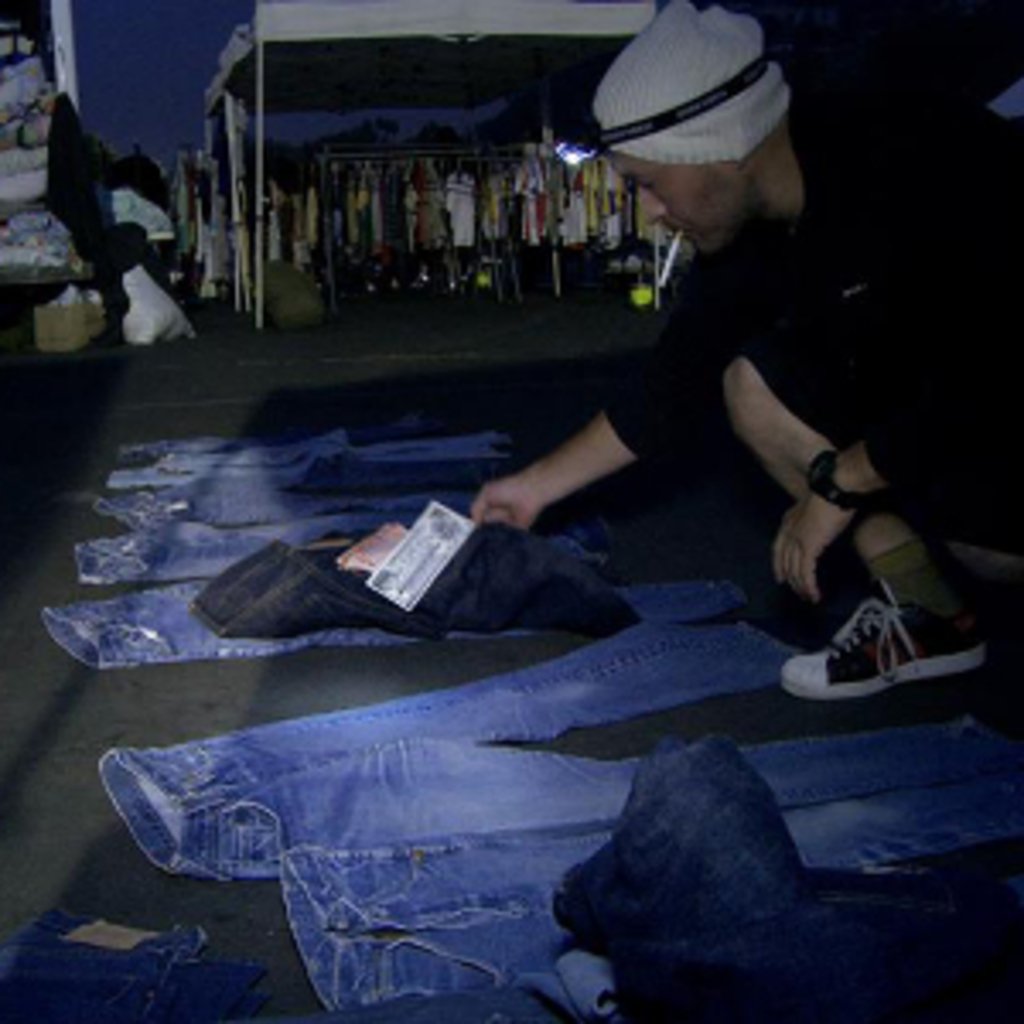 From their origins as miners’ work pants in the 1880s, to countercultural statement, to expensive designer trend, BLUE GOLD traces the history of blue jeans around the globe. Idahoan Eric Schrader, a vintage-jeans trader, explains how this symbol of Americana became the world’s most fetishized fashion item, coveted and collected at high stakes by the Japanese and others. From its beginning as an American-made product to its modern-day production in Asia’s sweatshops, denim’s global reach now demands social and environmental responsibility. Documenting jeans history across the world with interviews and fashion footage, the film examines the one piece of clothing on earth that ties everyone together. 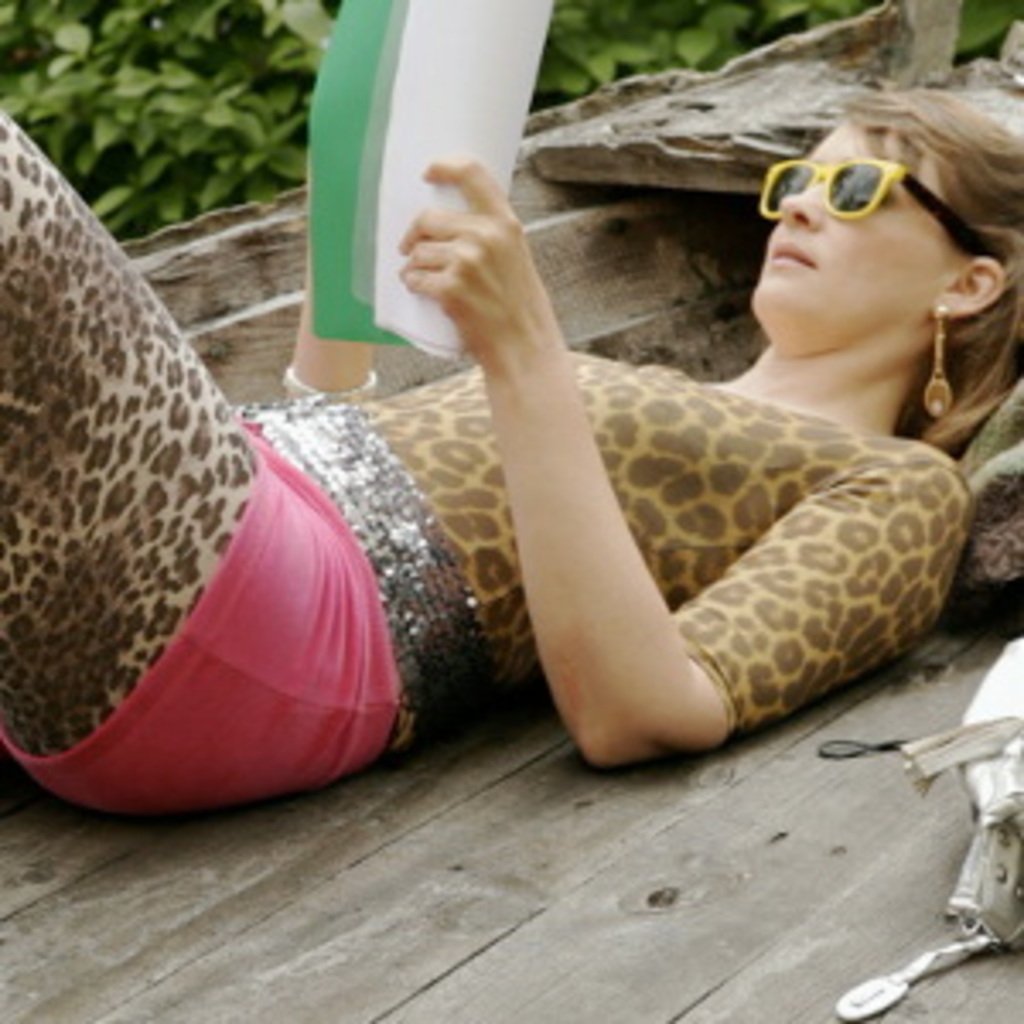 While Georg directs his comedic masterpiece about the UEFA soccer championship on location in Poland, anything that can go wrong does. The producer leaves, taking funding with her, and the project begins its spiral into doom. As person after person leaves, soon Georg is struggling to complete his film against all odds. Worst Case Scenario is a film within a film, a comedic farce about making a comedic farce. Stranded in a Polish campsite, Olga, Georg’s ex-girlfriend and the project’s costume designer, finds herself pregnant, and Georg’s artistic vision is challenged. While Olga tries to pursue a new life in Poland, Georg keeps trying to make his film. Instead of accepting defeat, he soldiers on, unwilling to admit that his project is a sinking ship. Eventually, when all their plans fall apart, the pair realize the worst-case scenario is better than nothing. 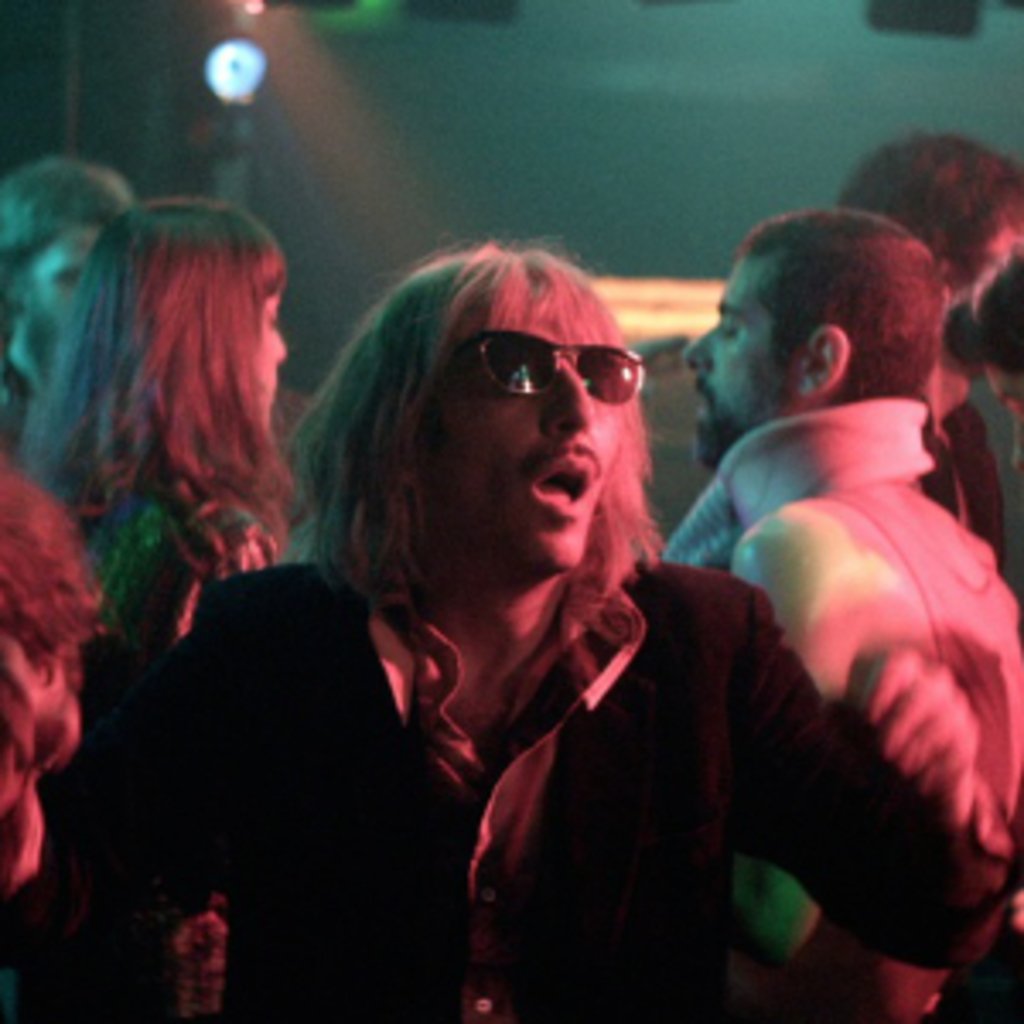 It’s 1984 and Zano, a Greek vampire, goes to Athens at the invitation of his friend Jimmy, the gravedigger. Waiting for Jimmy to show, Zano dances the night away at Disco Zardoz. Soon he’s wandering the dark streets of Athens with his new friends Alice, a prostitute, and Peter, a Norwegian drug dealer. Just when he thinks he can’t sink any lower, Alice delivers him underground to Mount Mathousalas, where he meets someone that will shock the hell outta you.  STAY WITH THIS MOVIE for this scene alone. In this feature debut, Greek commercial director and composer Yiannis Veslemes (a.k.a. Felizol) takes his audience for a dark ride. Shot in vintage ’80s style with handmade sets and an electronic score, Norway is part whimsy, part poetry, and a large part existential despair. Fans of Terry Gilliam may find a new creative force to fall in love with. 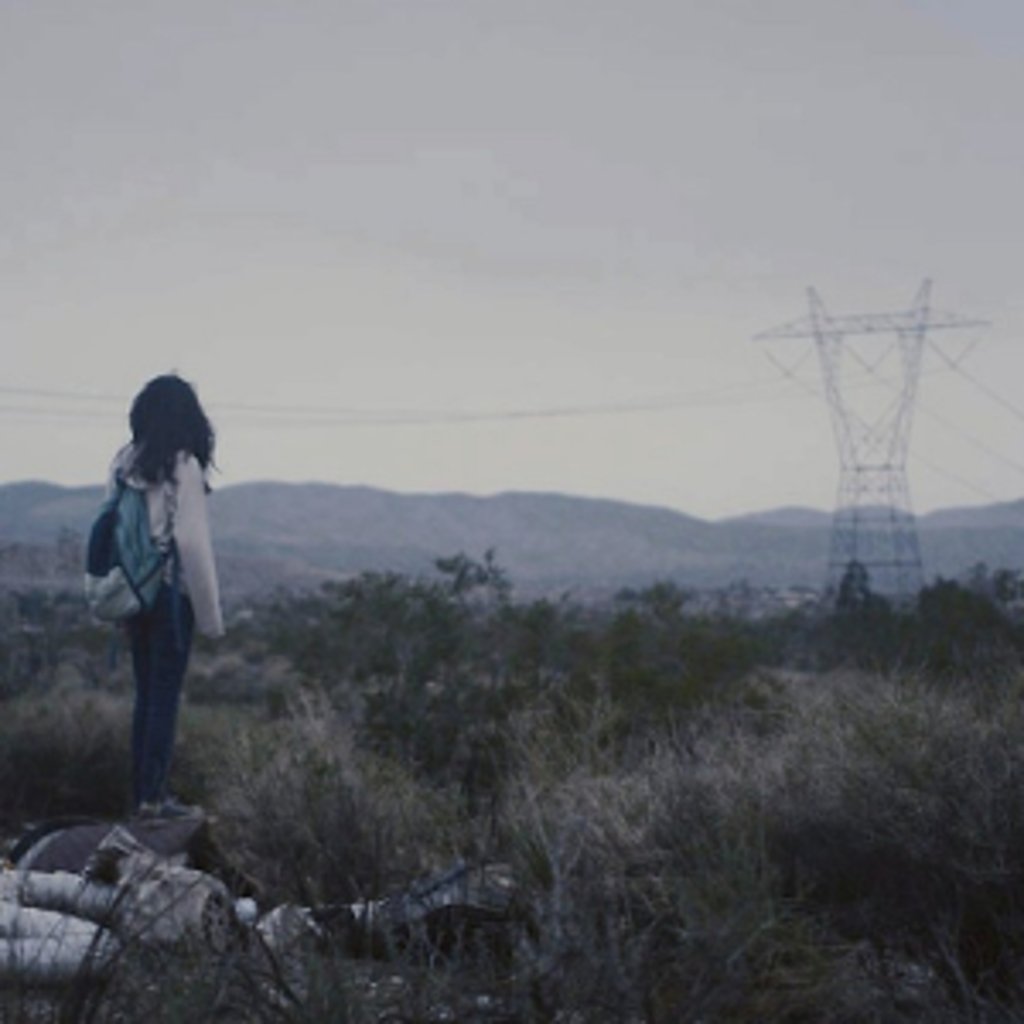 Lake Los Angeles, the third film in director Mike Ott’s Antelope Valley trilogy, employs a sensitive hand in depicting the issue of human trafficking. Two unlikely heroes, a lonely Cuban exile and an undocumented Mexican girl, struggle to cope in an unforgiving environment. Ott casts them deep into the shadows of an abandoned desert town, but also interjects rays of hope into the harsh landscape. Mike Gioulakis’s dreamlike cinematography gives the film a magical quality. Desperate for work in dusty Southern California, forty-something Francisco misses his family. He takes solace in tape-recorded messages to his wife and children, and in the arms of a local prostitute. His ramshackle house becomes the drop-off point for illegal immigrants. When coyote Adria leaves ten-year-old Cecilia, a Mexican girl traveling alone, Francisco takes her under his wing. Fooled into thinking she is going to reconcile with her father, Cecilia runs off with Adria, but soon escapes her kidnapper to fend for herself. 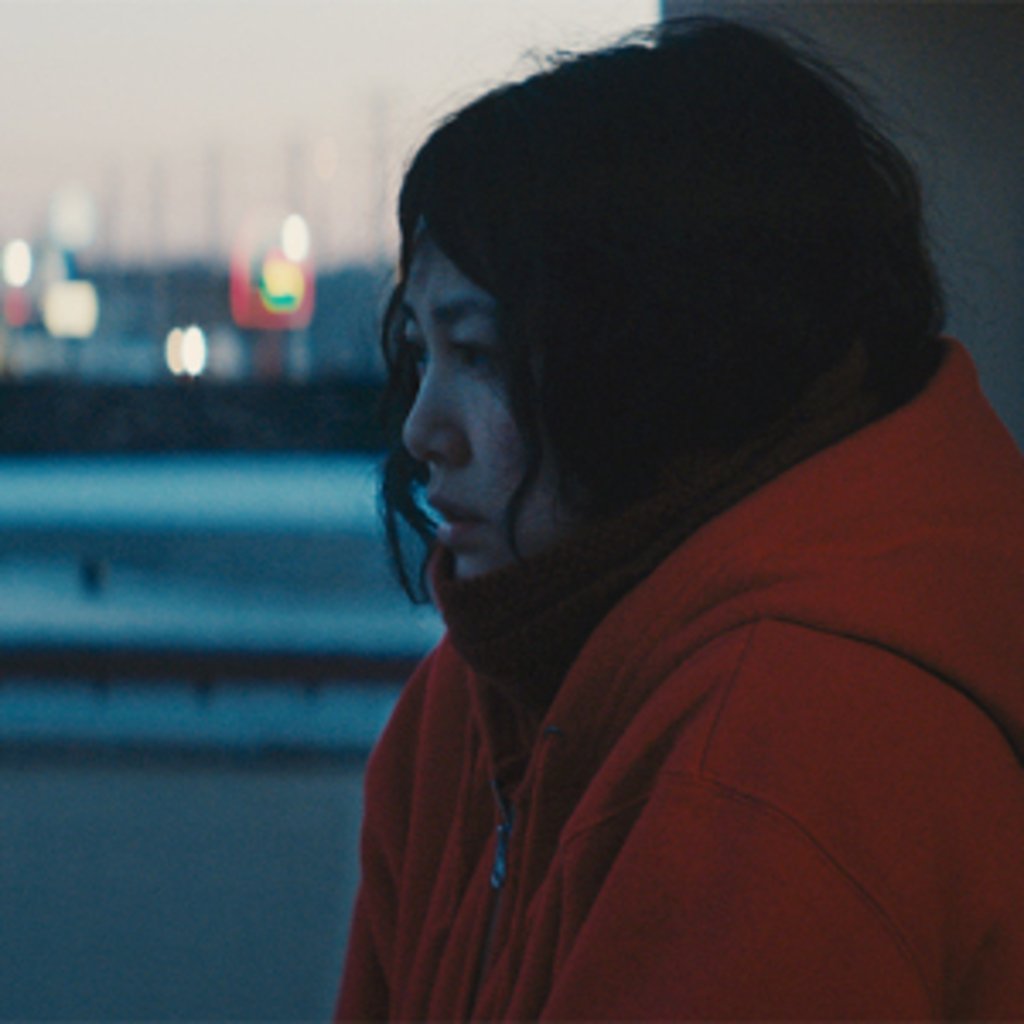 Kumiko works a dead-end job in a soulless Japanese corporation. At night she watches a VHS of Fargo, her eyes fixed on the epigraph of the Coen brothers’ film: “This is a true story.” When her life begins to spiral out of control, she embarks on a journey that leads her to a snowy Minnesota field, where she believes she will find the briefcase filled with money. Kumiko, the Treasure Hunter is the latest from David and Nathan Zellner, brothers raised in Colorado and now based in Austin. Unlike Fargo, it’s inspired by a true story, that of a Japanese woman who was found frozen to death in a Minnesota field. Premiering to acclaim at Sundance and produced by Alexander Payne, the film features a mesmerizing performance by Academy Award-nominated Rinko Kikuchi (Babel), Kumiko is sure to thrill the Zellners’ sizable cult following and win the brothers new fans.

IF GOD COMES LET HIM BRING A GUN 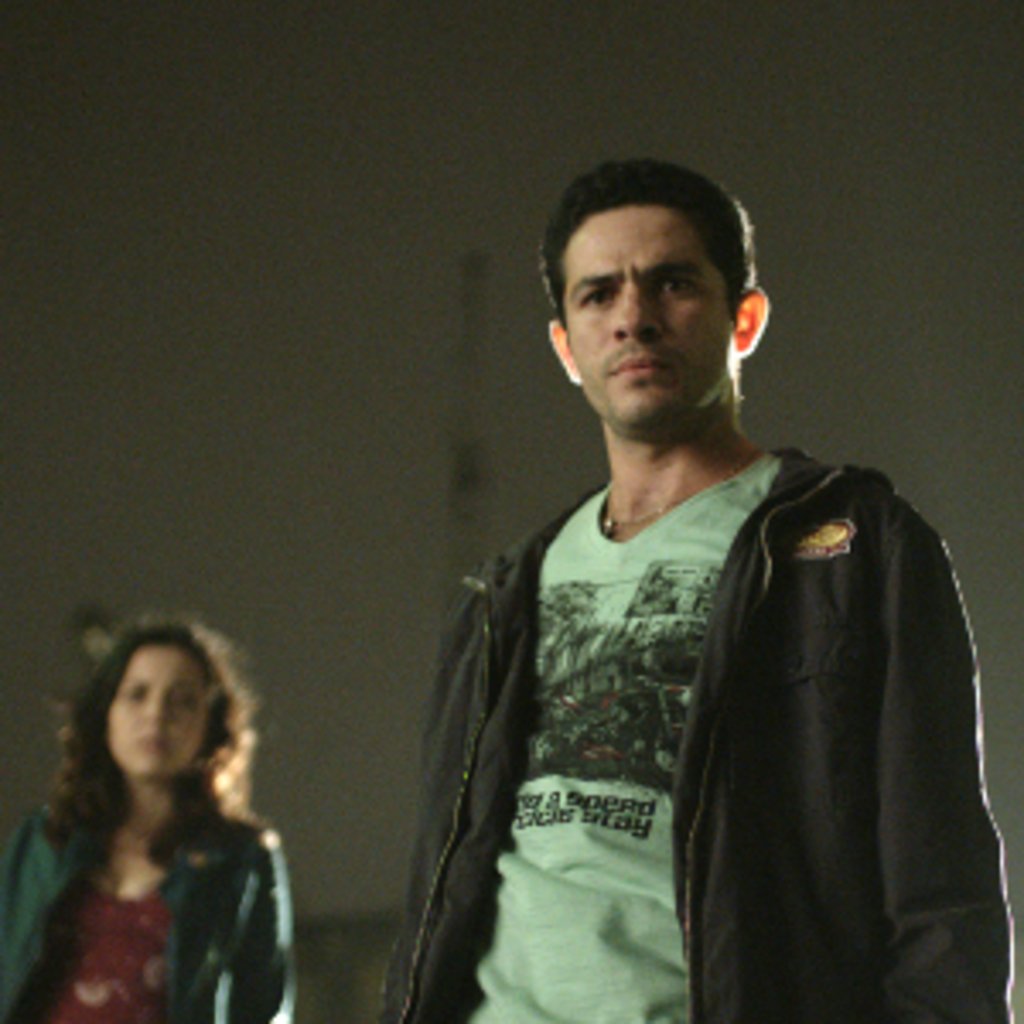 At the height of the 2012 attacks and counterattacks between military police and organized crime in Sao Paulo, the lives of five people collide: a young man on leave from prison, his straitlaced brother, his best friend, a rookie cop, and a young actress with whom the prisoner falls in love. Set over 72 hours, the film weaves the personal, political, and cultural into an explosive mix that makes for a powerful cinematic experience. If God Comes Let Him Bring a Gun is the solo feature debut by one of Brazil’s most promising directors. Luis Dantas, a former photojournalist, is now a professor of film at the University of Sao Paulo and has directed several award-winning shorts. Not only is the film beautifully shot, but Dantas also commands terrific performances from his cast, which features a grown-up Vinicius de Oliveira, the little boy in Central Station. 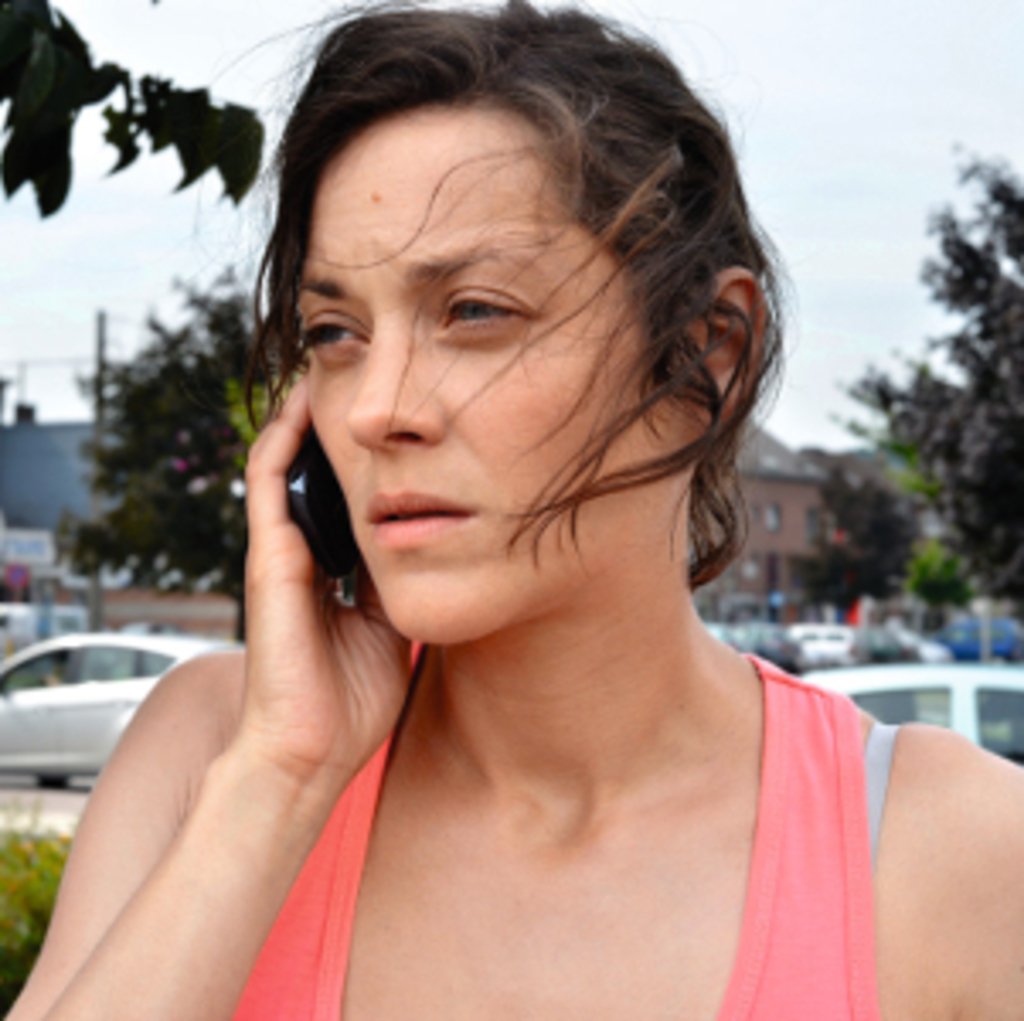 Acclaimed Belgian brothers Jean-Pierre and Luc Dardenne, two-time winners of the Palme D’Or at Cannes, team up with Academy Award winner Marion Cotillard for the highly anticipated Two Days, One Night. A timely, compassionate meditation on unemployment and the global financial crisis, the film depicts one woman’s struggle to escape the jaws of the capitalist machine. Returning from a medical leave, Sandra, a working-class Belgian mom, plans to resume her job at a solar-panel factory. But she learns there’s been a cost-effective decision to eliminate her position and reallocate her duties to coworkers, who’ll be awarded bonuses in return. Faced with the threat of poverty, Sandra takes matters into her own hands, spending a weekend trying to persuade her colleagues to sacrifice their bonuses for her benefit. Can her plea for humanism save her job?

IN ORDER OF DISAPPEARANCE 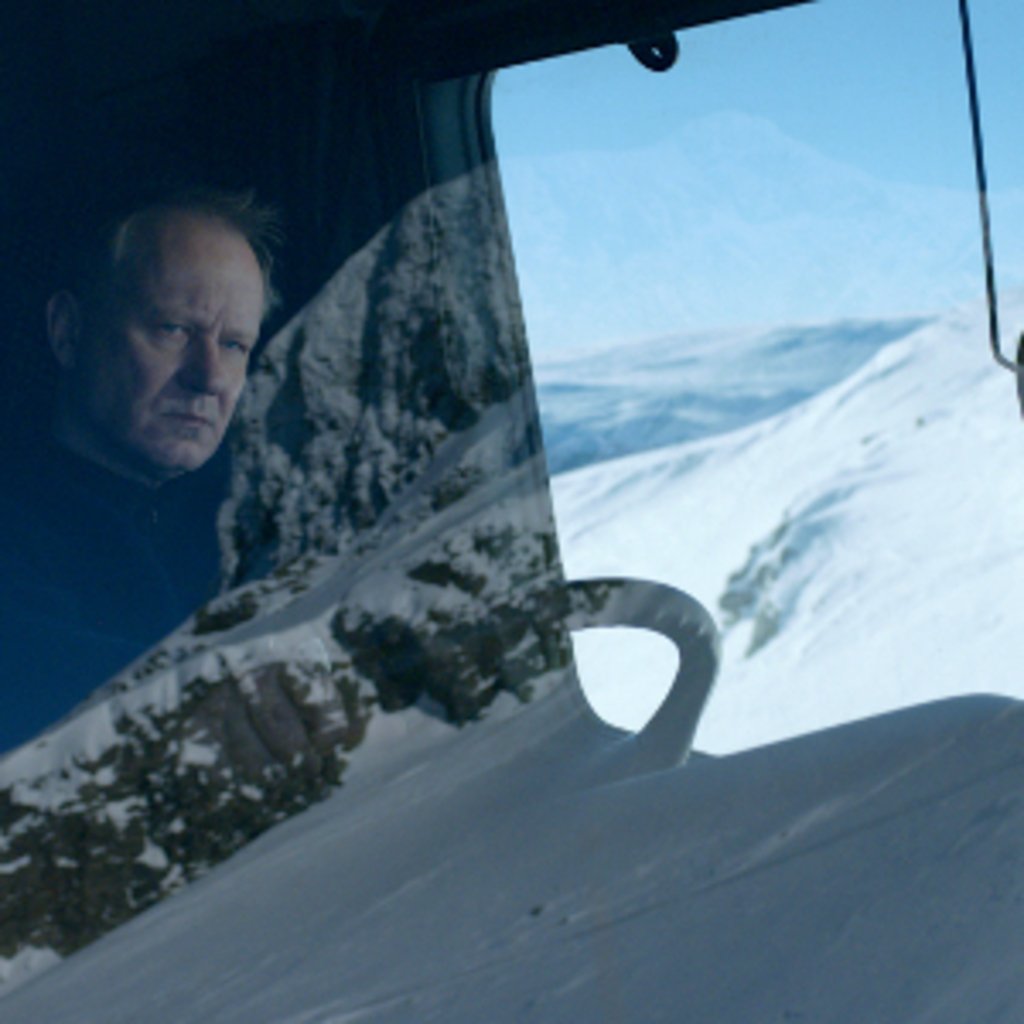 Actor Stellan Skarsgard and director Hans Petter Moland join forces again in this very cold Norwegian tale of revenge. Skarsgard play Nils Dickman, a Swedish immigrant who’s a hero to his community for his snowplowing skills. He loves his family and snowplows, but when his son is found dead, by what the authorities call a drug overdose, he refuses to believe it and becomes distraught. After being tipped off by one of his son’s friends, he sets out on a path of blood. Skarsgard’s facial expression rarely changes throughout the film as he gets his vengeance. Not only does he declare war on the Eurotrash drug cartel that killed his son, but tricks it into starting a war with the Serbian mafia. Much like Do the Right Thing makes viewers feel the heat, this film’s images and sounds bring the cold. 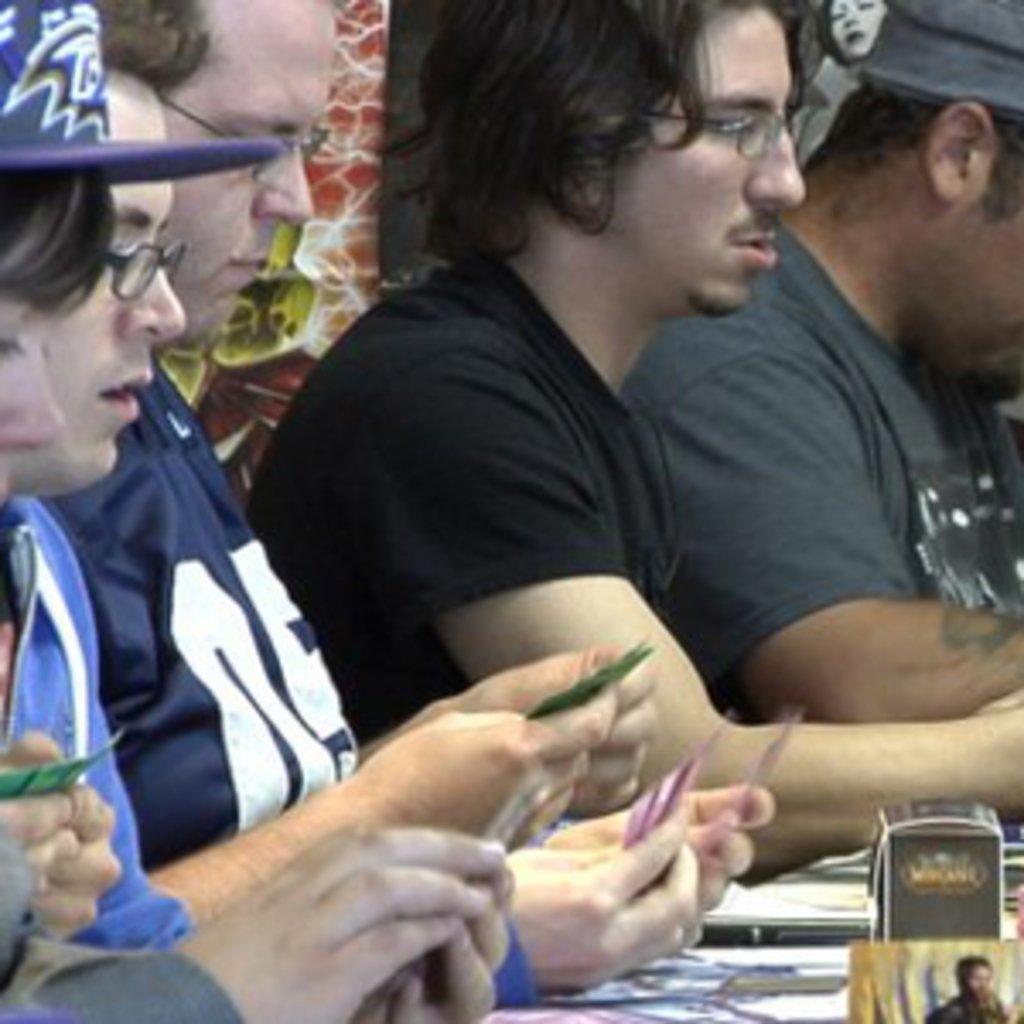 Denver native Karen Cruz directs this documentary profiling eight key players in the Denver Magic: The Gathering scene on its twentieth anniversary. The addictive fantasy card game, with tournaments, tours, and championships, has created a unique subculture since its inception two decades ago. As one of the original fantasy collective card games, Magic has millions of players worldwide and is considered one of the most successful card games of all time. In the gaming world, Denver has earned a reputation as a Magic epicenter. The game transcends age, ethnicity, and social class to become an obsessive hobby and even a way of life. 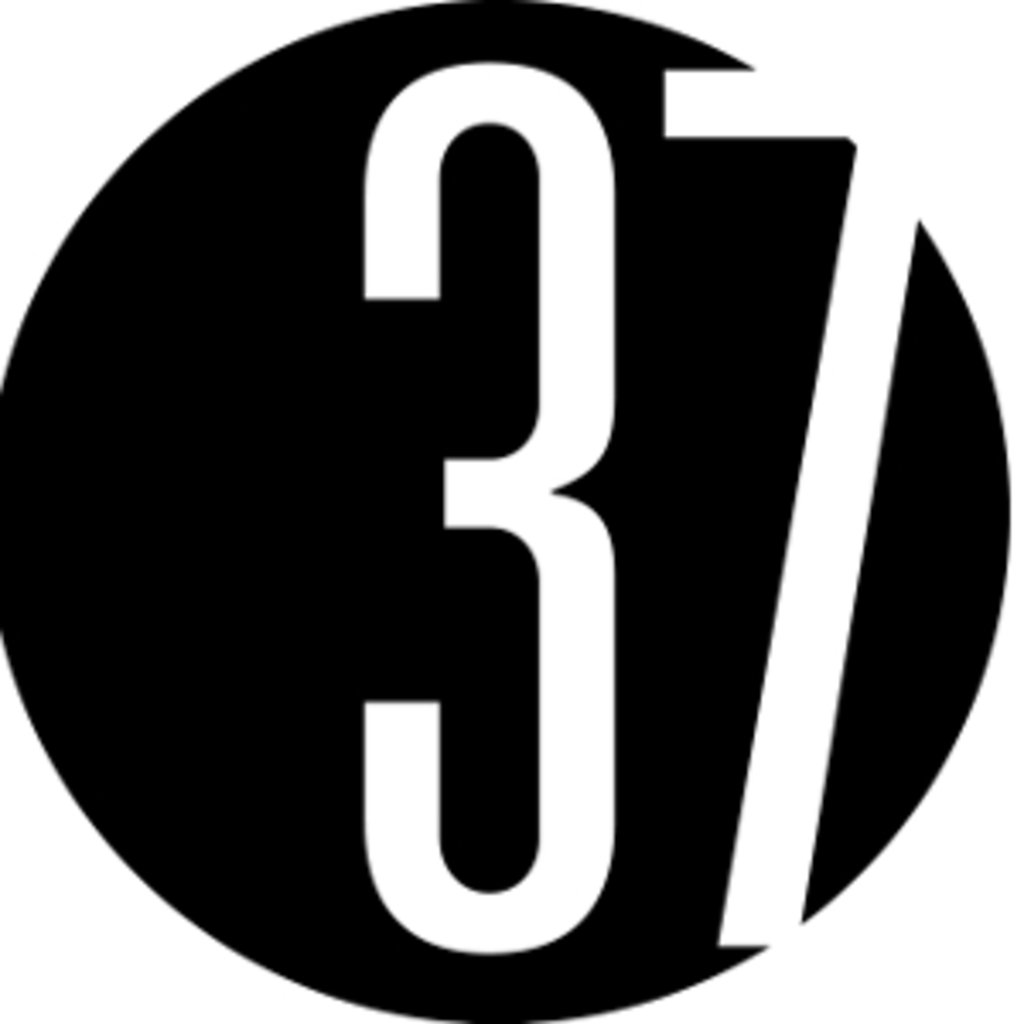