The Morning After: Lou’s Food Bar Carries on American Traditions 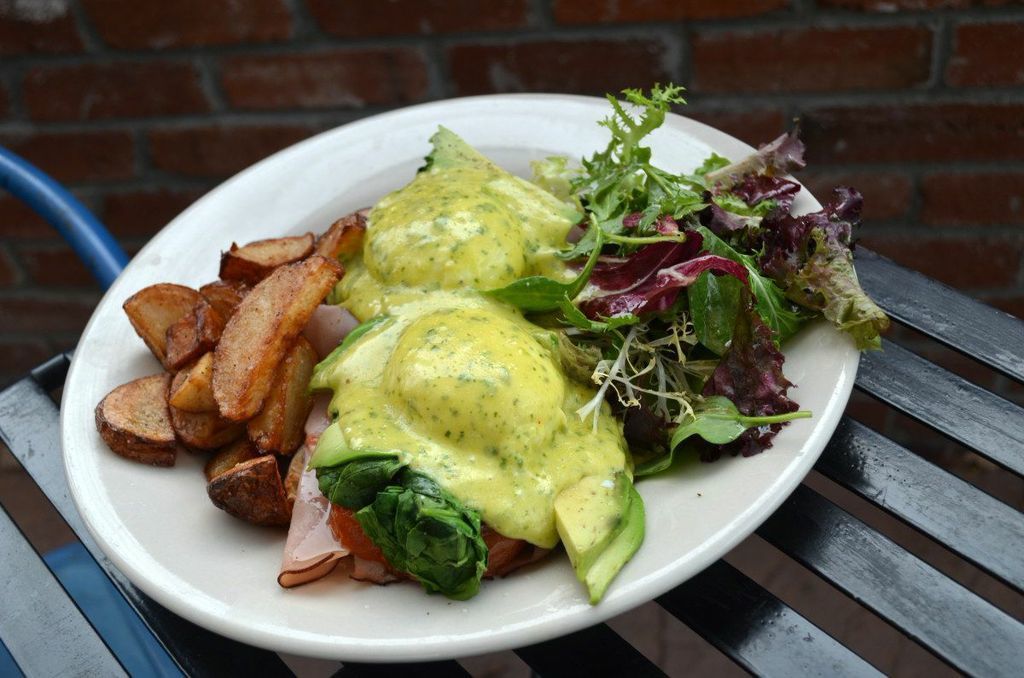 Cons: The bitter cayenne aftertaste of the Chicken and Waffle recipe.

Frank Bonanno, a name synonymous with the Denver restaurant scene, opted for nostalgia on this go-round. Lou’s Food Bar in the Highlands was modeled off of Lou’s Hamburgers—in name, at least—a fast food joint that originally occupied the space in the late 1950s. All the way down to the script of the earlier establishment’s iconic neon sign, Lou’s Food Bar is the American diner of the twenty-first century. Having capitalized on the burgeoning retail market in the Highlands, the restaurant situates the ease of the drive-in within a modern interior design. A well-seasoned and happy staff round out an authentic experience of casual dining, serving mouth-watering, high quality fare.

A great way to start any meal at Lou’s is with the Stuffed Beignets ($8). Any one who has visited the great city of New Orleans will guiltily recall this pastry treat, which is often paired with Creole food—or chicory coffee at the tourist hotspot Café du Monde. However, due to the various fillings, Lou’s offers the Berliner variety of the beignet: think bite-sized doughnut coated in sugar. 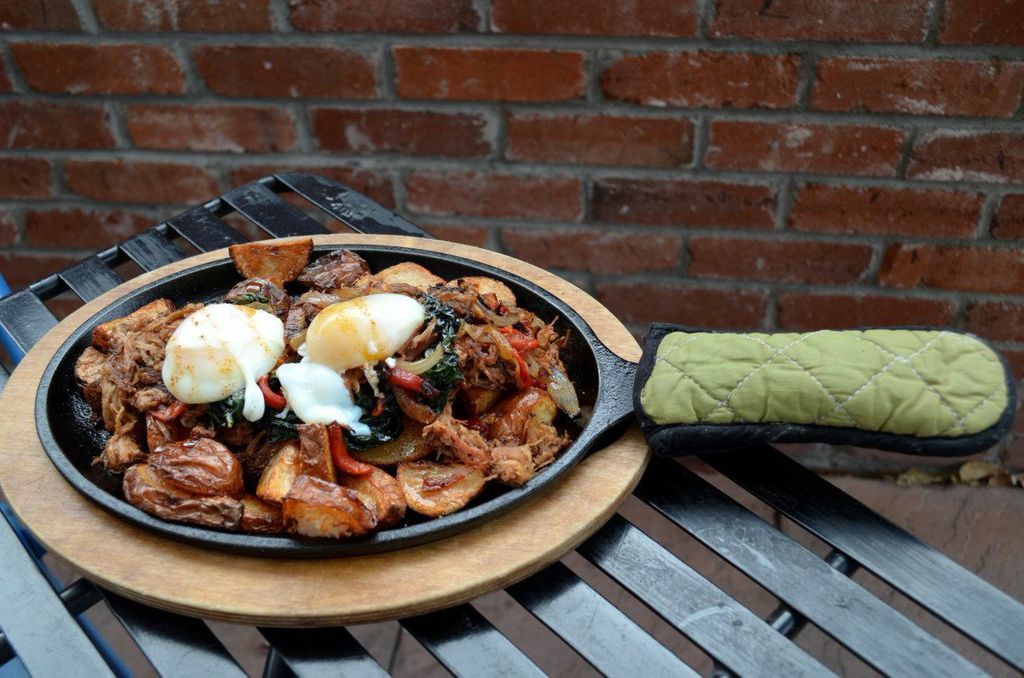 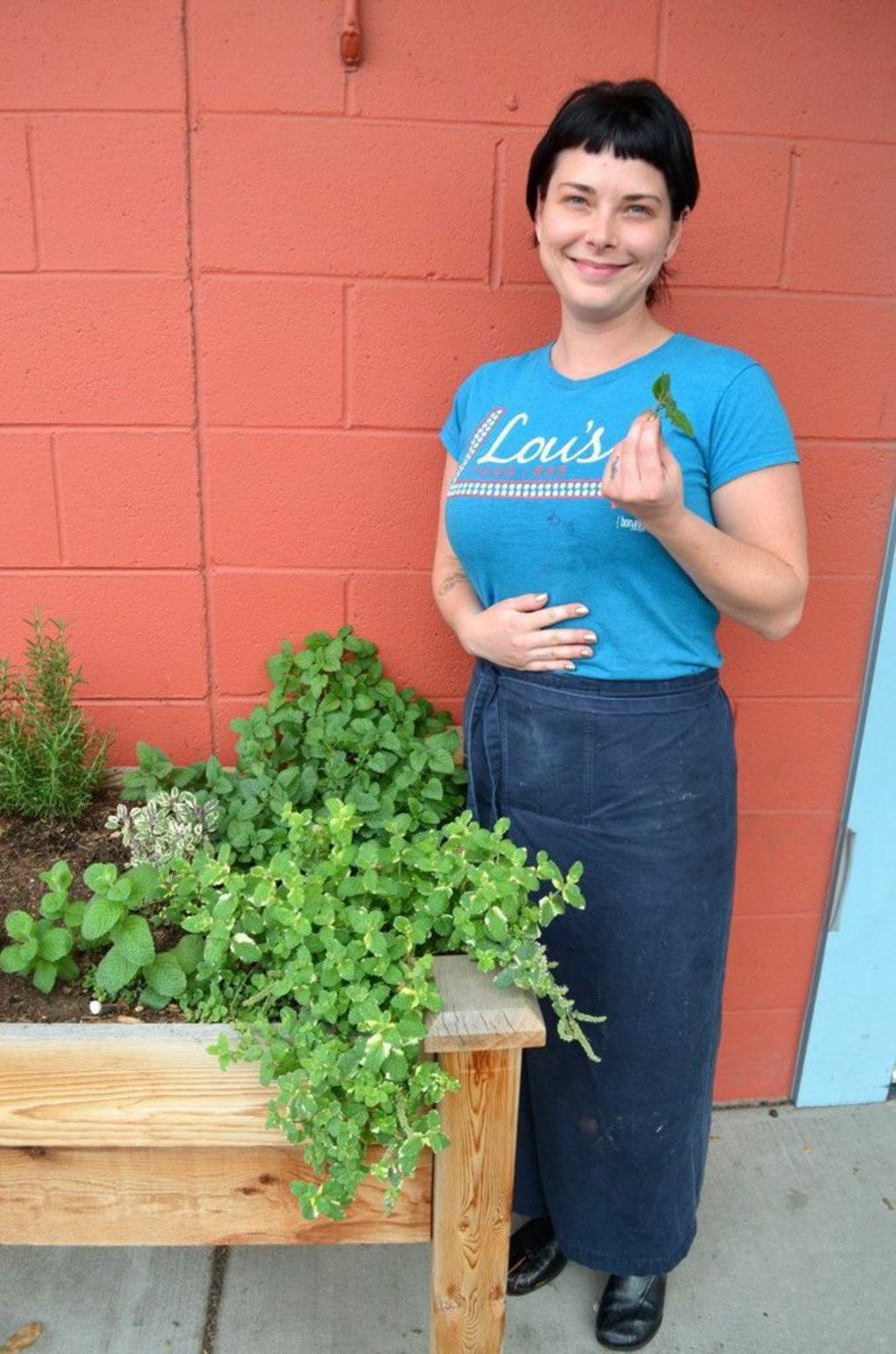 After that, the going gets hearty. The streamlined menu breaks down into categories of classics, benedicts, omelets, hashes and Waffles & Cakes. From the bottom up, the Chicken and Waffle ($14) is a bit heavy on the cayenne portion of the distinctive spiced base, urging one to look to the saffron honey and malted brown butter waffle for sugary rescue. On the other hand, the Ricotta Pancakes ($10)  with blueberry syrup are ridiculously rich but right on the money. Considering the brunchgoer’s oft-touted litmus test—“Can I cook it at home?” one would be hard-pressed to match the buttery perfection on display here.

The Sunnyside ($12) is a daunting hash of house-cured and slow-cooked pork, confited onions and country potatoes fresh off the skillet. And even though it might defeat the purpose, the Veggie Benedict ($11) with a side of traditional house cured ham is surely the way to have your cake and eat it, too. Otherwise, pick from the classics, which include a basic breakfast of eggs, potato and meat, a breakfast burrito and another southern must-have, Shrimp and Grits ($12).

Wash down any of these savory recipes with a Manmosa ($6), a citrusy blend of Ketel Oranje, Wheat Beer and juice, or the non-alcoholic but smooth and slightly foamy Method Roasters Toddy ($4), a cold-brew coffee on Nitro Tap from the local small-batch roasters.

Granted, Lou’s Food Bar has many delicious menu items to choose from—past the beignets, it’s not easy to tell where one should start. This is why the expertise of someone like Anna Vandegrift, who has waited tables at the restaurant for two of the three years it has been open, is an indispensable aspect of the Lou’s Food Bar experience. Indeed, it is half the battle of fulfilling any hope to reach iconic status by way of reputation.

All photography by Liz Zaharski