The Gothic Theatre reached maximum capacity at the high energy Kevin Gates and B.o.B. show Saturday night November 8th. The memorable night came equip with amazing sets by the two power house names in the hip-hop game, a B.o.B. twerk-off contest, crowd interaction and near stage dives, and Kevin Gates pausing to kiss the top of my hand as I took photos from the pit. See the full gallery here. 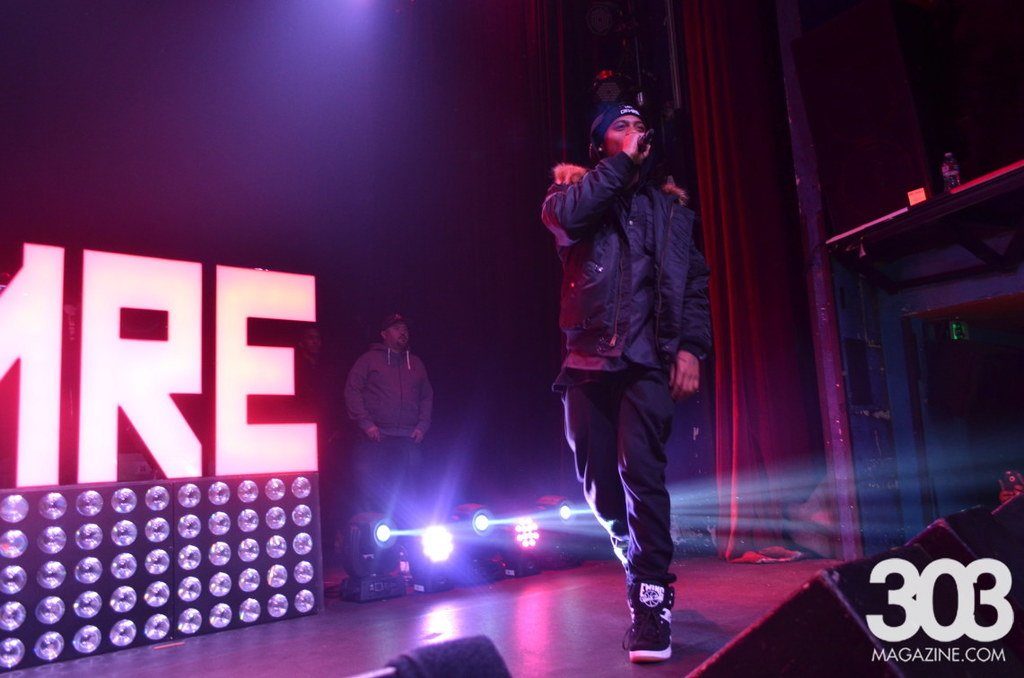 The sold-out show began with Kevin Gates. He is fresh, representing the dirty south aka Baton Rouge Louisiana with a new sound, overwhelming presence, one that is hyped and unforgiving on stage. Gates was doing laps on the small Gothic space making for one of the most intimate concerts you could see this type of performance in Denver. He also goes along with B.o.B. perfectly in the “No Genre” category, no one in the game sounds like Gates. Period. 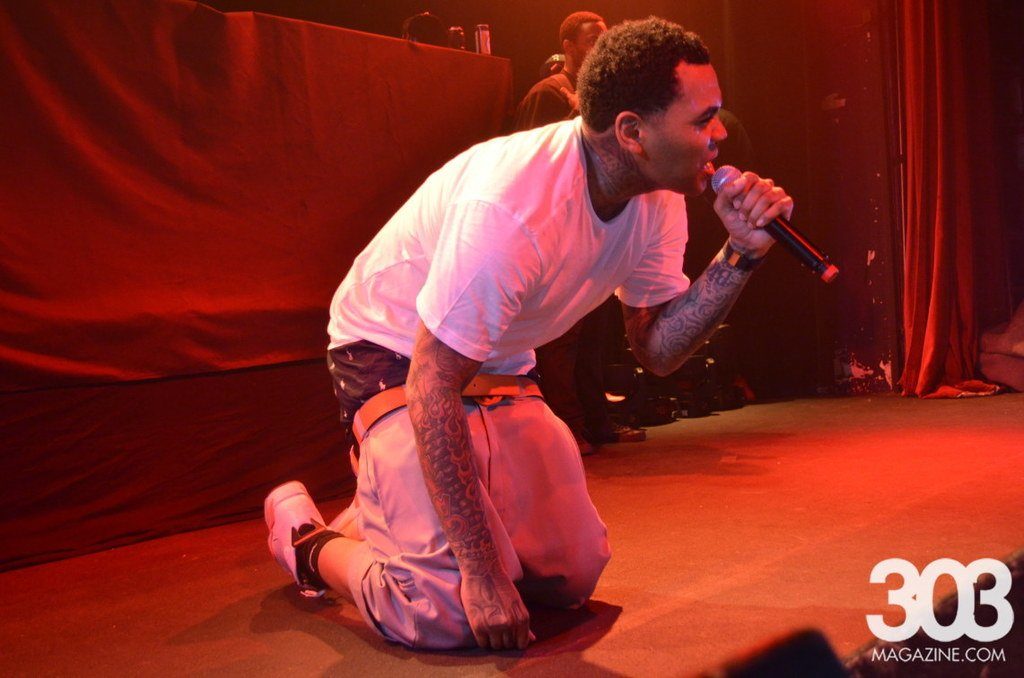 It felt so personal with the crowd pushing forward, singing along to every word. Highlights of Gates’ set would be “Paper Chasers”, “4:30AM”, and the super sensual, slowed down version of “Satellite.” Gates takes advantage of a huge amount of swooning, screaming ladies in the crowd by flirting, stroking the air, and even sticking his hands down his pants.

Recent fame for his latest album The Luca Brasi Story on WorldStar has propelled Kevin Gates to the top of the charts. “Satellite” is my favorite song of all, as it hits home. Gates often brings a raw and sensual melancholy to modern relationships and their complexities. The over-sexualized emotion with an almost cold, harsh, and “no labels, no titles” mentality is the most prevalent love ballad of our generation. The story isn’t new, but it is retold in a stunning way in “Satellite”, containing imagery that makes it easy to relate to on so many levels. Favorite Kevin Gates songs also worth listening to: “Arms of a Stranger”, “Neon Lights”, and the extremely popular “Posed To Be In Love.” Chopped and slowed down for the second verse of “Satellite”, Gates stopped the music and repeated to the crowd:

That’s my favorite line, this part. Sing this with me, ‘I told her what it was first time that we met, but she cry and get upset every time that I left.’ 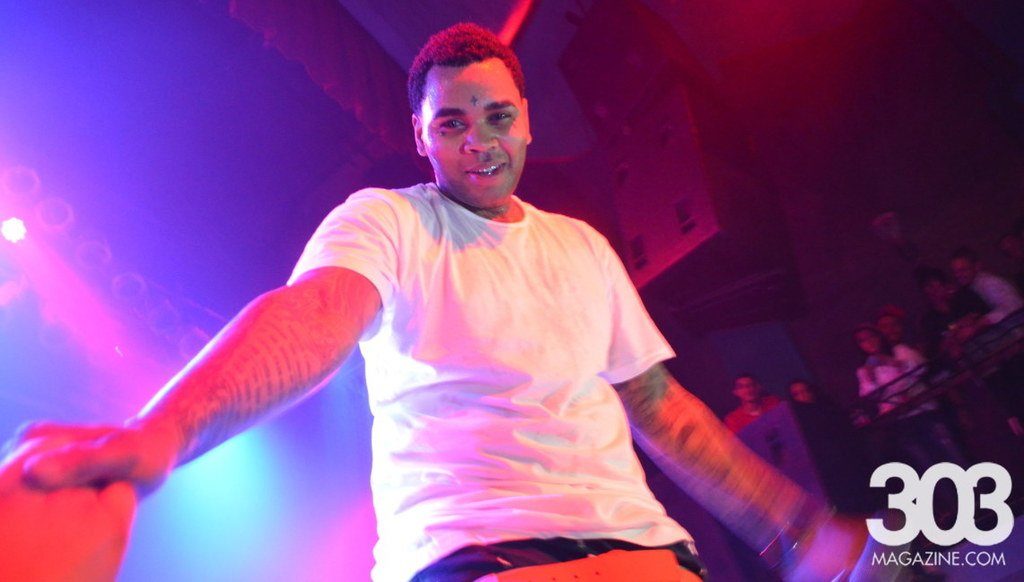 After flirting with the audience, he pointed to me in the photographers pit as I just stared back, stunned. He reaches out to grab my hand, and then proceeds to kiss it while screams from behind the pit ensue. Luckiest girl in the building, best seat in the house. All Gates said was:

I got chu. Bucket list moment, a handful of girls behind me in the front row pulled me back to kiss my hand on top of where Gates did. What a lover. Look out for Kevin Gates, and if you need something new to bump, download The Luca Brasi Story now.

On to the killer headliner of the night, the notorious B.o.B. and his “NO GENRE” lifestyle flood the stage. He admits coming out, he never liked labels and he never liked being boxed in to any genre or word like “rap”, “hiphop”, even themost accurate seem limiting. B.o.B. doesn’t need a genre. He is just himself. 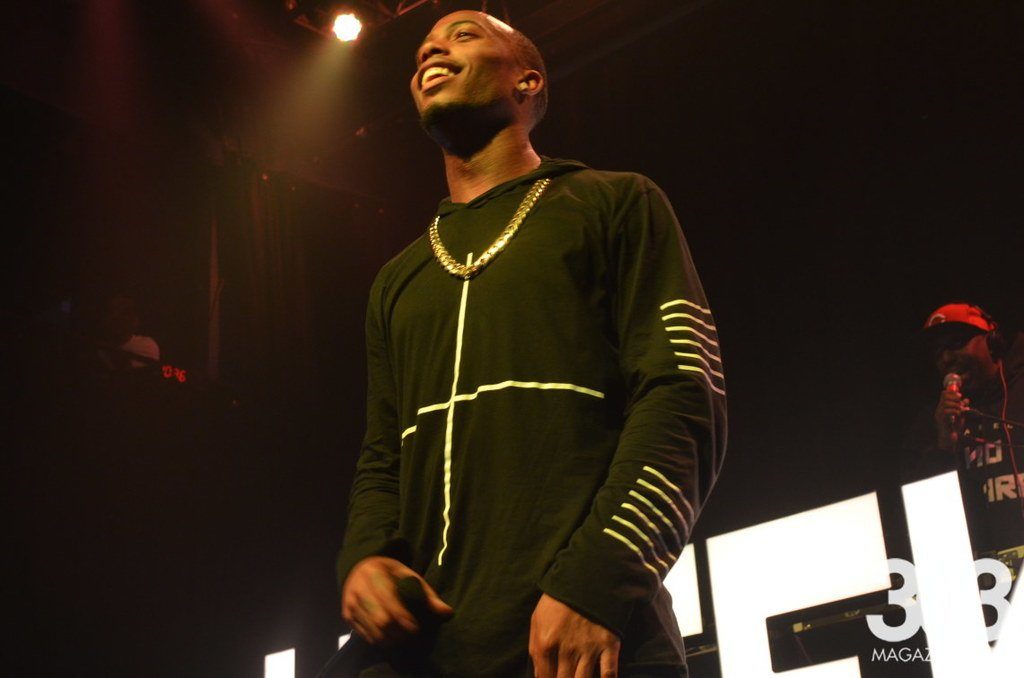 It’s staggering to think of all the huge hits B.o.B. has been featured on in the past 5 years. He began with killer energy and screamed onto the Gothic stage. The set led with the highest energy raps in B.o.B.’s collection, “Out Of My Mind”, and “In My Zone.” My absolute favorite moment would be when the whisteling began, leading in to “Headband”, B.o.B.’s most downloaded song on iTunes with 2Chains and a ridiculously catchy hook. 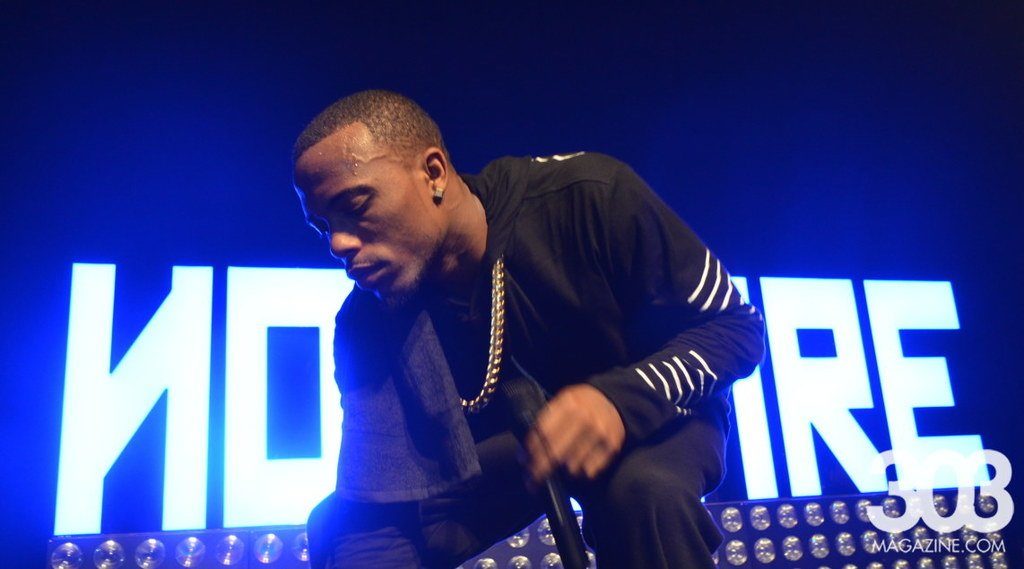 The beginning of the set heated up quickly as B.o.B. dropped layers of enormous coat, jacket, beanie, throwing the black beanie out into the crowd. He came over the photo pit into the front row with a big body guard standing by, waiting for the seriously insane but loving energy of the room to spark something. Nothing was sparked. It went smoothly, no fights nor drama from the audience, just happy “no genre” rap lovers who were thrilled to be at this show. B.o.B. then brought up 4 girls to have a “twerk off” contest, and the dudes in the crowd were the overall winners. What babes, what energy, and what a killer show.