What: We Make Beer by Sean Lewis and The Foodie’s Beer Book by Brooke and Luther Fedora

Where:  Your nearest book store.
When:  Available now
Pros:  Both are excellent books on beers, providing a wide variety of information regarding beer.
Cons:  People that are less interested in the background and uses of  beer will find it these reads not as entertaining.

Homebrewers and suds junkies may be aware that this Tuesday was the anniversary of the passing of HR 1337, which officially legalized homebrewing throughout the United States.  In honor of this historic event, I decided to review a pair of books regarding the most popular drink (besides water) worldwide.  The first is We Make Beer by Sean Lewis, surrounding the author’s experiences both as an apprentice brewer and as a journalist interviewing brewers across the country.  The second is The Foodie’s Beer Book by Brooke and Luther Fedora, which explores the  many uses of beer outside of drinking, including pairing, cooking, and baking, all within a seasonal context.  Both give a perspective on beer that’s a little different than your average issue of Beer Banter, and will be a fun way to commemorate President Carter’s signing of an important law.

We Make Beer by Sean Lewis 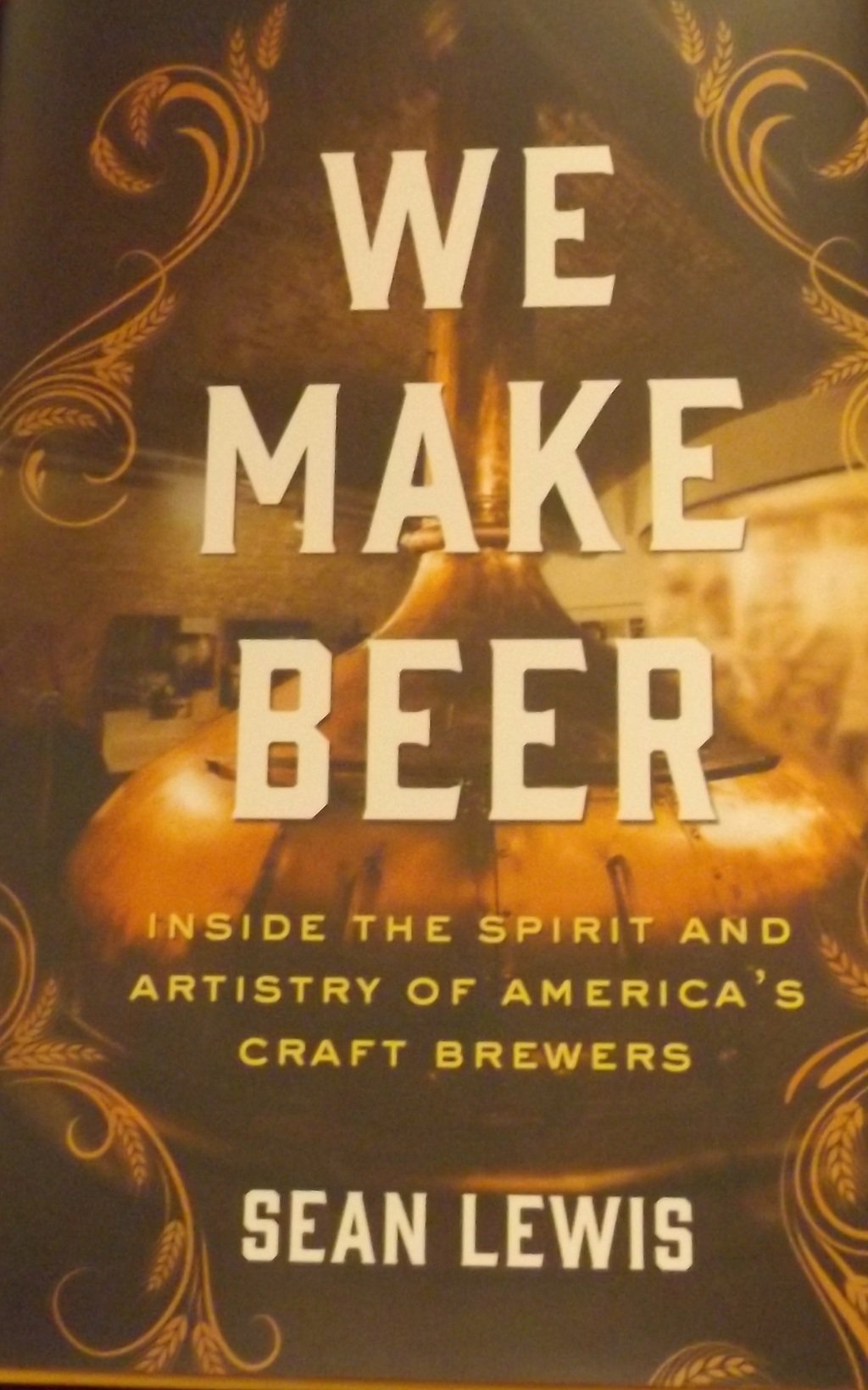 As a self-proclaimed history buff, books like this spark my interest regardless of the subject.  But We Make Beer is about one of my favorite topics, and I found it especially interesting.  The story begins with Sean’s internship with Andris Veidis of Blue Hills Brewery in  Canton, MA.  As his knowledge of the brewery (and his ability to carry bags of grain) grows over time,  Andris discusses how brewing technically “incorrect” beer with purposefully added off flavors is what makes some of his beers unique and interesting.

This moves into a discussion of the craft beer industry and its development from the very beginning with Jim Koch and the Boston Beer Company (makers of Sam Adams) and into the modern era, with the online forums at Beer Advocate becoming both a boon and a bane for many up-and-coming brewers.  It includes the darker times in the craft beer industry, including the period in the late 90s where craft beer became more about quirky labels and funny names than good beer.

But where the book really shines is in its discussion of the brewer’s role in the community.  It begins with a discussion of the brewer’s connection to local farmers and composters, donating spent grains to feed livestock or develop richer soils for use in local farms.  It moves on to how Andris at Blue Hills positions his schedule around those of his children in order to be able to spend as much time with them as possible.  The most moving, however, was the story of Steve Gorrill of the Sheepscot Valley Brewing Company, whose community rallied around him in a time of need in order to pull him and his family through a difficult time.

Those with no interest in the history and current state of American Craft Brewing might have trouble staying focused on We Make Beer, but it has enough personal, deeply moving stories to keep most readers interested.  Suds junkies, homebrewers with dreams of expanding beyond their kitchen, and history buffs will have a hard time putting this book down.  I read it in one day, wrecking my schedule for the week but otherwise providing an incredibly pleasurable evening. It is  absolutely worth a read.

The Foodie’s Beer Book, by Brooke and Luther Fedora 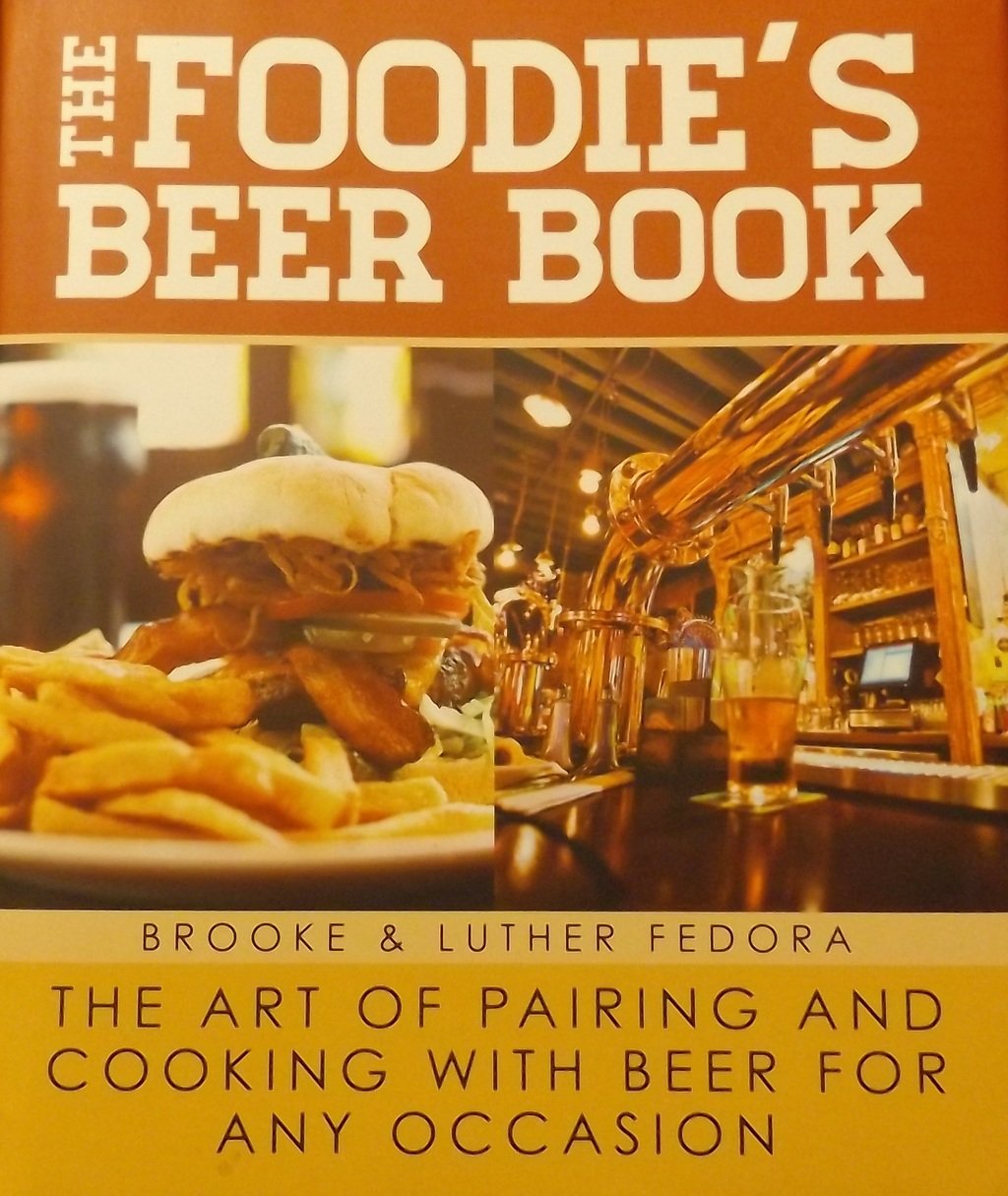 Although I think the word is grossly overused, I consider myself sort of a foodie.  As a result, I own more recipe books than I probably should.  Through reading them all, I consider there to be three things you need for a good recipe book:  1./  Pictures that illustrate what you’re making, 2./ Detailed recipes that actually work (you’d be surprised how many don’t), and 3./ unique subject matter.  Brooke and Luther Fedora’s guide to using your favorite beverage for something other than imbibing has all three, plus some interesting extras.

The book is split into seasons, giving specific dishes that go well depending on what mother nature is doing outside.  While this limits its readership somewhat (people in Florida don’t really need snowy weather recipes) it makes this book perfect for the people of Colorado.  Not only that, it  makes specific recommendations for special occasions, like a coursed Oktoberfest Party menu that I made a few weeks ago and was a huge hit with my friends and family.

The recipes are easy to understand, and other than some exotic beers, the ingredients are pretty easy to source, eliminating one of my biggest pet peeves in most recipe books–ingredients you’ll never find in a grocery store.  Sure, finding a Framboise at the local liquor store might be a hassle depending on where you live, but what craft fan doesn’t like an excuse to go on a brew quest?  And for those who are hesitant about trying a new style, the beer buying guide scattered throughout the book will calm your fears and get you excited for a new experience.

Sometimes writers get lazy when it comes to beer-related cookbooks, figuring that brew fans will buy whatever has the word “beer” in the title.  The Foodie’s Beer Book not only gives delicious, easy-to-follow recipes, but Brooke and Luther go the extra mile in including style guides, cooking terminology definitions, and Luther’s own personal beer recipes to keep you reading even after the dishes are washed.  If you like the taste of beer in what you eat, this is the book for you.

I normally shy away from recommending books on beer to friends and family.  My interest in beer usually means I like books on the subject more than the average reader.  But We Make Beer and The Foodie’s Beer Book are both written in a smooth and interesting manner that people will find engaging whether they’ve been brewing their own beverages for years or are just dipping their toe into the craft beer pool.  Both will definitely make for a fun evening, whether you’re reading or making dinner for friends.